YESTERDAY WAS the third anniversary of the kidnapping of Taiwanese human rights advocate Lee Ming-che. Lee, currently 45, disappeared in March 2017 after crossing over into China from Macau. Lee was detained on charges of seeking to subvert state power. Lee has now been detained for over 1,000 days.

It is generally thought that Lee was detained because of communications with Chinese friends on WeChat regarding Taiwan’s experiences with democracy. Lee, an NGO worker, was previously a staff member of the Democratic Progressive Party (DPP). As such, it is also believed that the Chinese government may be using Lee’s detention as a way to pressure the Tsai administration. At the time, Lee’s arrest raised fears that China would begin treating Taiwanese in China as though they simply were Chinese citizens, including detaining advocates of Taiwanese independence transiting through China. It was also thought that Lee was the first Taiwanese NGO worker targeted under the auspices of a Chinese law targeting foreign NGOs passed in January 2017. 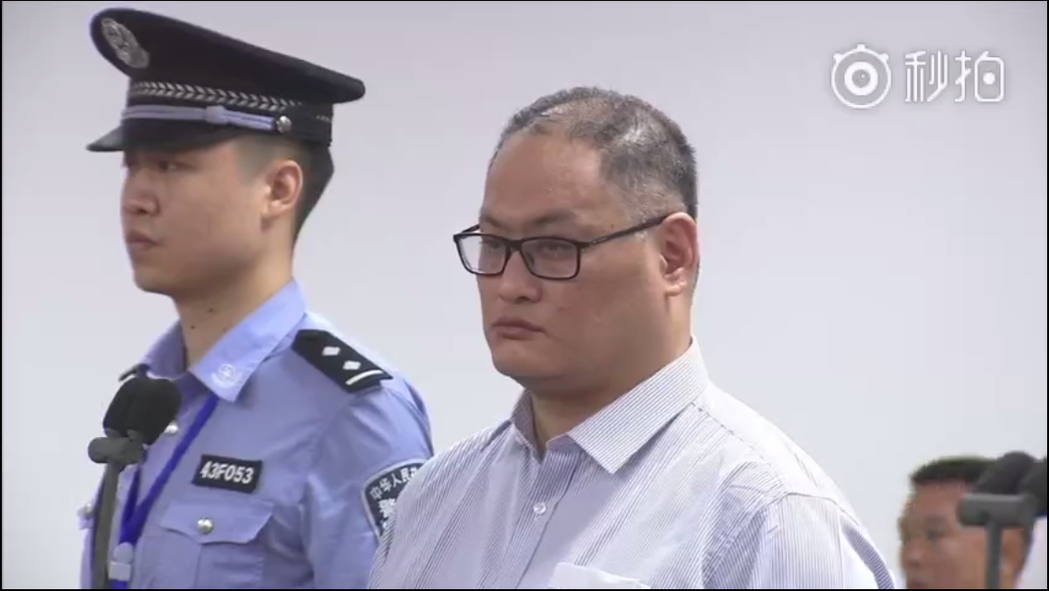 Lee was sentenced to five years in jail in November 2017. According to Lee Ching-yu, Lee’s wife, Lee Ming-che is currently forced to work ten hours a day, is regularly given spoiled food, and the prison has thrown out his warm clothing. Lee Ching-yu has also stated that, unlike other prisoners, Lee Ming-che receives letters six months after they are sent and has had his bank account frozen. Despite having the right to do so by Chinese law, Lee Ching-yu has not been allowed to bring Lee Ming-che necessary medication.

In the years since Lee’s kidnapping, China has attempted to retaliate against Lee Ching-yu. Lee has been denied access to her husband on several occasions, with the Chinese government claiming that Lee misrepresents the condition of her husband’s imprisonment.

It is generally believed that the Chinese government hopes for Lee to keep quiet about her husband’s release. Lee Ching-yu was previously approached by Lee Chun-min, a former aide of KMT legislator Alex Tsai who claimed to be acting as a third-party broker for the Chinese government. Lee Chun-min claimed that Lee Ming-che’s release would take place faster if Lee Ching-yu ceased efforts to raise awareness of her husband’s imprisonment.

Notably, splits also emerged in the Lee family around this time, with Lee’s mother calling on her son to apologize to the CCP and reportedly throwing out his political books. Lee was actually a former staff member of the pan-Blue New Party before an apparent political shift led him to join the DPP. As such, it seems probable that the Lee family has a pan-Blue background.

Past years have seen demonstrations organized to call for Lee’s release. This year, an exhibition that runs until March 31st was organized at Tò-uat Books x Cafe Philo, and a series of talks have been organized in Taipei, Taichung, Yilan, and Kaohsiung.

It is significant to note that Lee is not the only Taiwanese person detained by the Chinese government at present. Taiwanese activist and businessman Morrison Meng-chu Lee (李孟居) disappeared after crossing into China in September 2019, after attending pro-democracy protests in Hong Kong. Though it is known that Lee was arrested by the Chinese government, the circumstances of Lee’s detention are still largely unknown, six months later.

Shortly after news of Lee’s detention broke, it became publicly known that Taiwanese academic Tsai Chin-shu (蔡金樹) was also detained by China. By the time news of his detention became known, Tsai had been detained for over 420 days, but his detention did not previously come to light because his family did not publicize it, though they notified Taiwanese authorities. 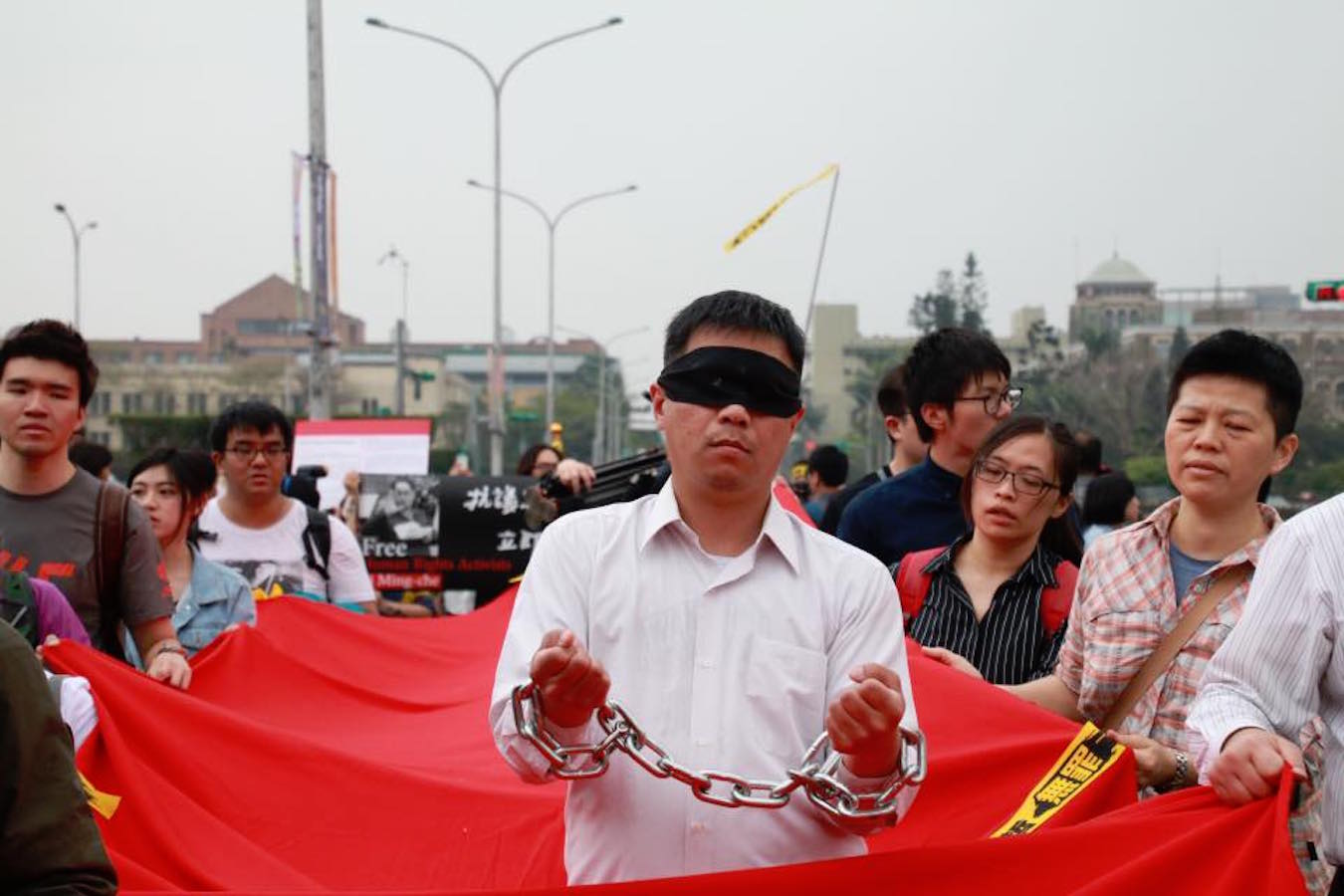 Demonstration held to commemorate the one year anniversary of Lee’s detention in 2017. Photo credit: 台灣人權促進會/Taiwan Association for Human Rights

Tsai was detained on charges of endangering national security and was actually an active advocate of political unification between Taiwan and China. Tsai was chair of the Southern Taiwan Union of Cross-strait Relations Associations, which advocates closer political and economic relations between Taiwan and China and supported the Ma administration’s efforts at establishing closer ties with China, as observed in the organization’s support of the 2015 Ma-Xi meeting. Tsai’s detention indicates that China detains Taiwanese citizens regardless of whether they are members of the pan-Green camp, as with Lee Ming-che and Morrison Meng-chu Lee, or members of the pan-Blue camp, as with Tsai Chin-shu.

It is possible that there are more cases of Taiwanese detained by the Chinese government which have not yet come to light. Following revelations of the three disappearances in September 2019, the government-run Straits Exchange Foundation revealed that 149 Taiwanese citizens have disappeared in China since May 20th, 2016, with the government unable to confirm the whereabouts of 67 of them. Nevertheless, some disappearances are thought to be the result of injuries, crime, or accidental deaths, not necessarily detention by the Chinese government.