IT IS NOTABLE that in the midst of the COVID-19 coronavirus pandemic, the Chinese government has decided to expel American journalists from the New York Times (NYT), Wall Street Journal (WSJ) and Washington Post from China, Hong Kong, and Macau. Such journalists will be stripped of their press credentials, having been ordered to return their press cards within ten days if their visas are to expire this year. As visas are usually issued on a yearly basis for foreign journalists, most journalists for all three media outlets will be affected. News of the ban was announced shortly after midnight earlier today.

The Chinese government has framed its actions as responding to the American government’s decision to label Xinhua, China Daily, China Global Television Network (CGTN), China Radio International (CRI), and Hai Tian Development USA as “foreign missions.” Xinhua, China Daily, CGTN, and CRI are Chinese state-run media outlets that operate in the US, while Hai Tian Development USA distributes the People’s Daily, another state-run media publication, in America. Ironically, some of these media outlets, such as the China Daily, advertise in some of the outlets whose journalists are to be expelled from China. 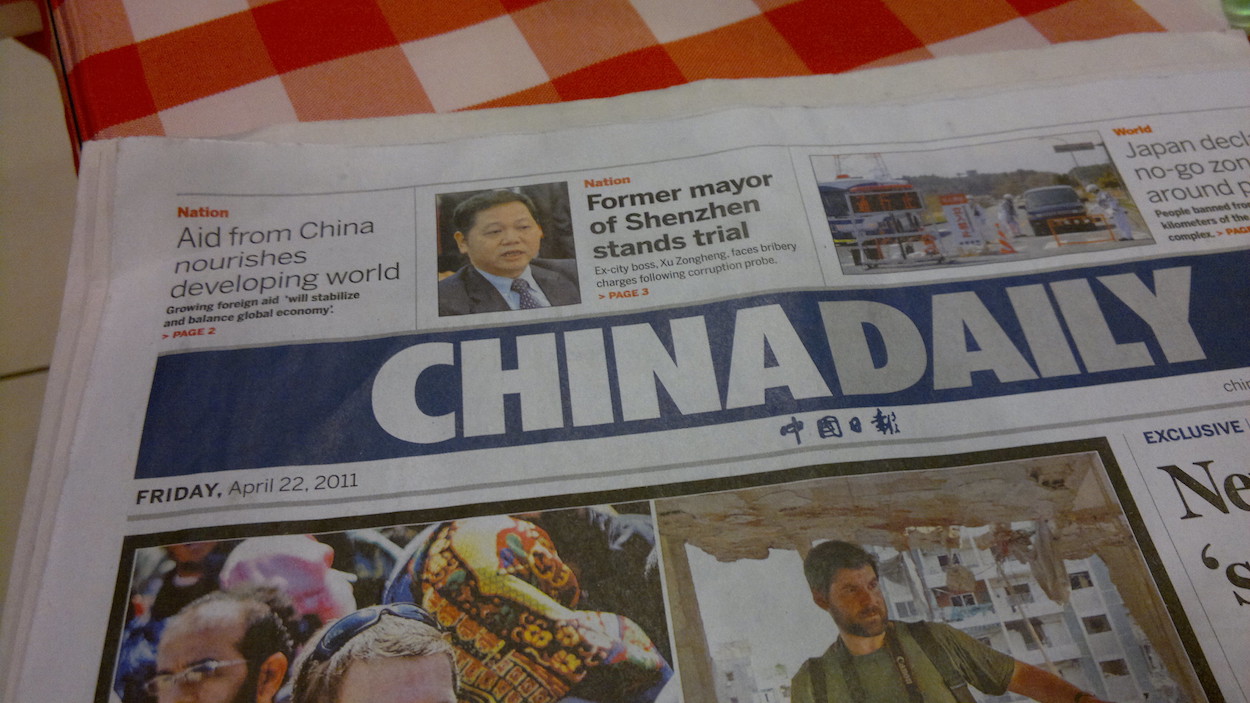 Under regulations rolled out by the Trump administration in February, employees of these organizations will be required to register in the US, the same way that embassy or consular staff of foreign countries are required to. This includes these organizations providing a list of employees to the US government and requiring approval from the government to buy or rent property, though approval for property purchases is a regulation for the overall organization and not for individual employees. Though facing increasing scrutiny, such organizations were to be allowed to continue to operate in the US.

The Chinese government’s decision in February to expel three WSJ reporters from China on the grounds of a controversial op-ed in the newspaper whose title was accused of racism was seen as a response to this labeling. The US responded to this by halving the number of Chinese nationals allowed to work in Chinese state-run media outlets in the United States. As such, China’s expulsions may be part of another round of escalation with the US.

In a time when the Chinese government is engaged in a charm offensive, touting its successes fighting the COVID-19 coronavirus, it is also not impossible that the Chinese government’s actions are a response to reporting from western media outlets on the coronavirus outbreak in China. Reporting by such outlets could prove a damper in the narrative that China has successfully handled the coronavirus outbreak from the beginning and that the situation is all but under control in China.

Under the new regulations, the NYT, WSJ, and Washington Post will be required to turn information regarding “staff members, financial status, operation status and property they owned in China” to the Chinese government. Time and Voice of America—the latter of which is, in fact, an American government institution—will also be required to turn in this information, but they will be allowed to continue operating. 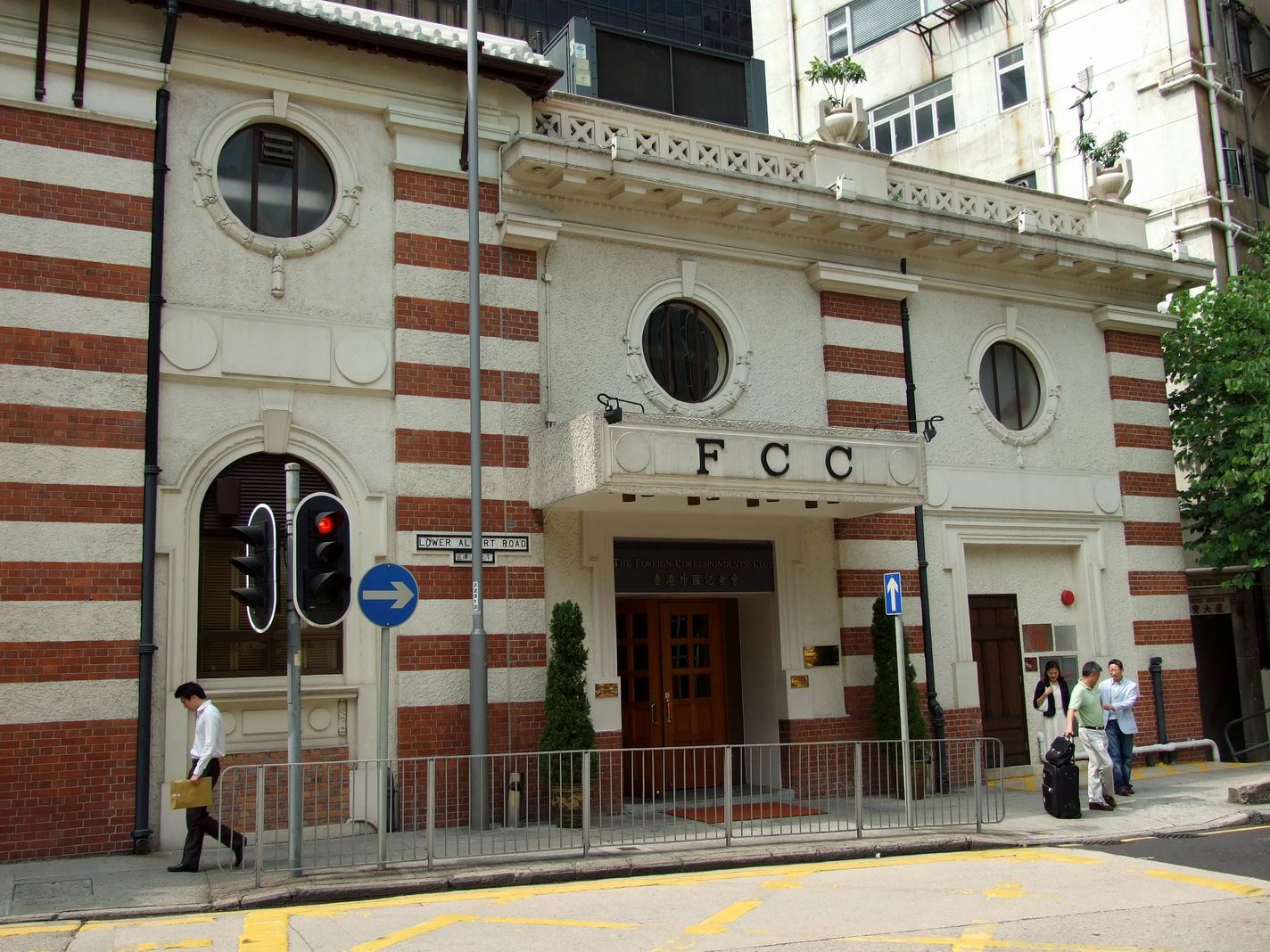 The details of how such new media policies will be rolled out in Hong Kong and Macau remain to be seen and will likely be clarified by the local governments of both territories later today. Questions remain regarding what will happen to American journalists working for the NYT, WSJ, and Washington Post holding permanent residency status in Hong Kong or Macau.

With regard to the expulsion of American journalists from Hong Kong, the Chinese government’s actions may also be intended to target international reporting on the ongoing protests which have rocked Hong Kong for the past year. Protest movements in Hong Kong in past years, whether the 2014 Umbrella Movement or the Anti-ELAB Movement that began last year, have benefited from the concentration of international journalists that live and work in Hong Kong—include many individuals that relocated to Hong Kong because they could no longer work in the Chinese mainland.

Either way, one notes that accurate reporting on China’s financial outlook at a time of high economic instability, as well as on the COVID-19 pandemic within China in the midst of an unprecedented global health crisis, will suffer from the expulsion of international media organizations from China. This may precisely be what the Chinese government hopes for, in hoping to force the international world to rely on state-run sources, or in order to try and minimize negative press about China in international media reporting. 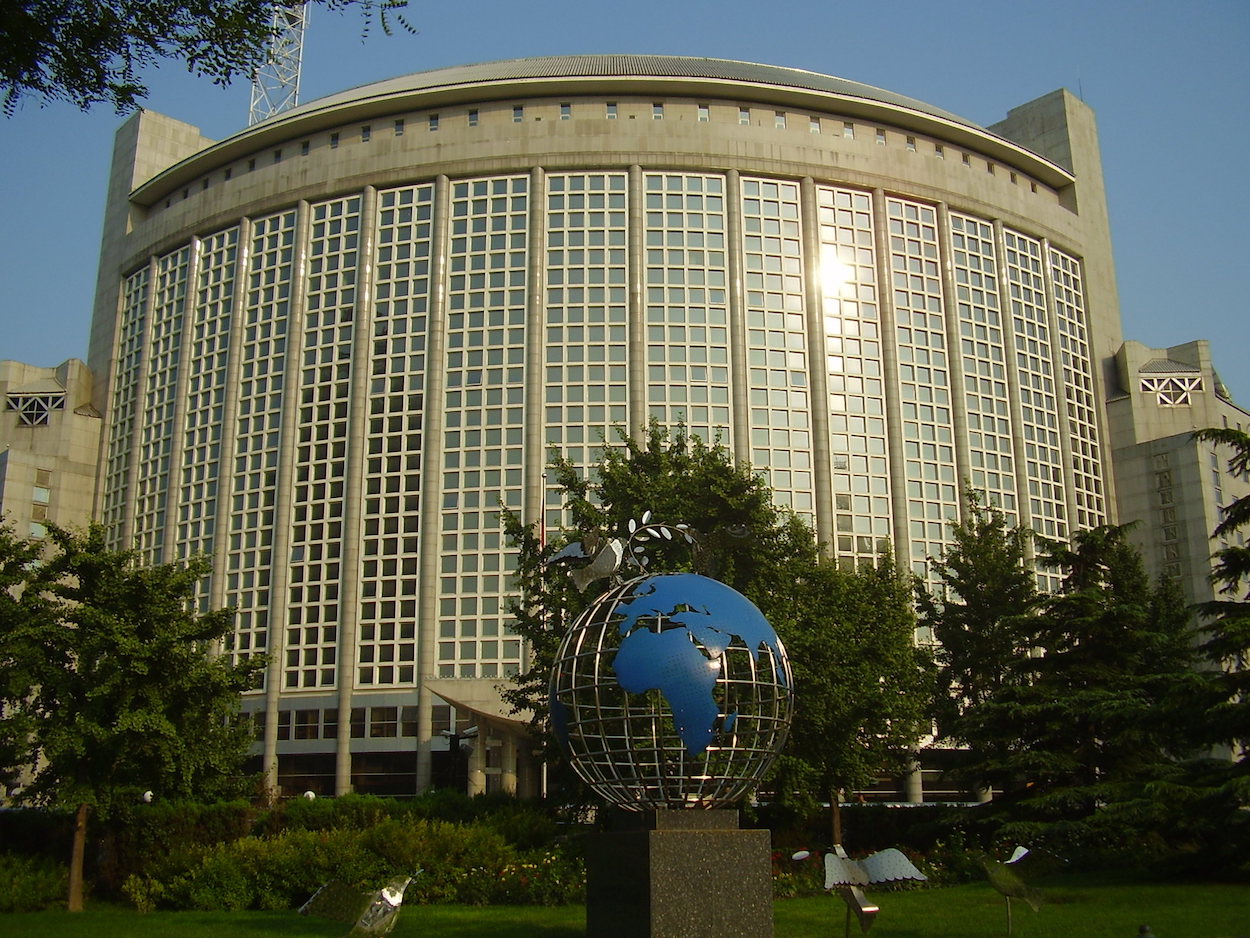 The headquarters of China’s Ministry of Foreign Affairs in Beijing. Photo credit: WhisperToMe/WikiCommons/CC

It is to be questioned where international bureaus reporting on China will relocate next. Namely, it is unlikely that the NYT, WSJ, or Washington Post will transition to depending solely on Chinese correspondents, given the security threat to them from the Chinese government. It is possible that such bureaus will move to Japan, Singapore, or Thailand, as other major countries in the region. Such moves could take place formally or informally.

Taiwan could prove another option, seeing as Taiwan is a de facto independent nation-state, but is geographically close enough that it makes reporting on China convenient. This would seem to be the logic behind Reporters Without Borders opening its first Asia office in Taiwan in April 2017, as well as the increasing number of international conferences and events that are held in Taiwan in past years, including the first Asia conference of the Oslo Freedom Forum starting in 2018, and the first Asia conference of the International Federation for Human Rights in 2019.