A NUMBER OF incidents of police violence against demonstrators took place in Hong Kong over the weekend. This was inclusive of a series of arrests by police which took place on early morning Saturday, as well as police violence on Sunday against both attendees of memorials for deceased demonstrators and participants in a demonstration against a planned COVID-19 quarantine clinic. Attacks on pro-democracy city councilors also took place on Monday from pro-police and pro-Beijing groups.

Police raids took place across Hong Kong on Saturday, with twenty-two apartments raided and seventeen arrested. Raids took place in Kwun Tong, Tai Kok Tsui, Tai Po, and Yau Tong. Police claimed that they were arresting the culprits of three bomb plots which previously took place in January and February. These included an explosive device set off at the Caritas Medical Centre in Cheung Sha Wa, two devices found on a train in the Lo Wu railway station, one of which began to emit smoke when found, a bomb found in a public toilet in a hospital in Sham Shui Po, and an undetonated explosive device found at a control point in Shenzhen Bay. 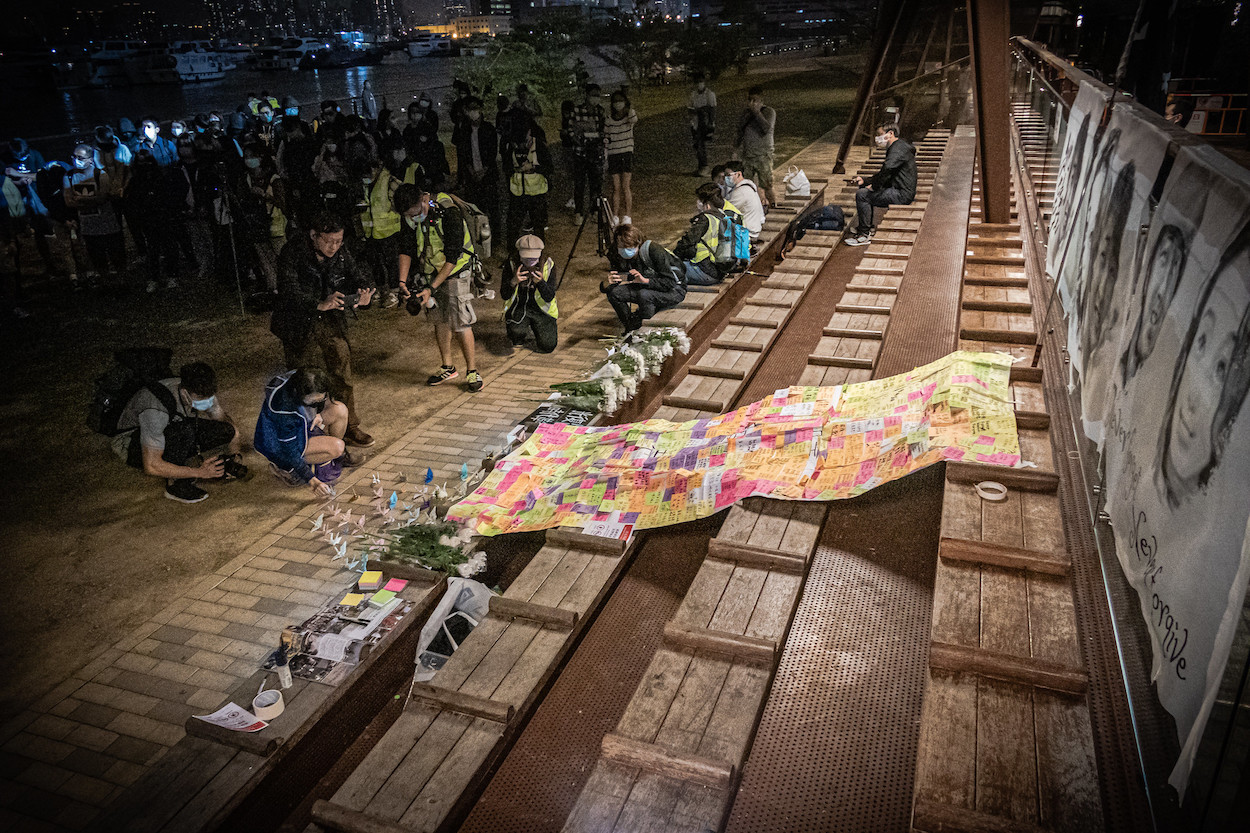 Police claim that they confiscated three improvised explosive devices and 2.6 tons of chemicals from what they termed a “bomb-making factory”. The Hong Kong police have claimed to have discovered bomb plots in the past that were related to the ongoing protests, including claiming that Andy Chan of the Hong Kong National Party was involved in the largest ever bomb plot in Hong Kong history.

This was a demonstrably false claim by the Hong Kong police, given the frequent bombings which took place in Hong Kong during the 1960s leftist riots. As a result, some suspected that charges against Chan and the Hong Kong National Party members could be a set-up by the police. Efforts to depict individuals involved in demonstrations as violent terrorists may also be why the Hong Kong government transferred localist leader Edward Leung to a maximum-security prison on Friday last week.

On Sunday, a memorial ceremony was held for deceased protestor Alex Chow Tsz-lok, who died in November 2019 after a fall from a car park that many believe took place because police were chasing him. The memorial ceremony was held outside of the Sheung Tak car park where Chow fell to his death. This was to commemorate the six month anniversary of his death. Chow was twenty-two at the time of his death. Memorial photos were also set up at the ceremony for Chan Yin-lam, a fifteen-year-old girl who was found drowned in October, some believing Chan to have possibly been killed by Hong Kong police in connection to her participation in protests. On Friday, a memorial was held for deceased protester Leung Ling-kit, who fell to his death in June 2019, also under mysterious circumstances. Friday would have been Leung’s birthday. Leung was thirty-five at the time of his death.

However, police violence took place against participants on Chow’s memorial ceremony on Sunday, despite that the memorial ceremony was entirely peaceful. Police ordered participants to disperse, then attacked with batons and violently restrained protestors. Hundreds were kettled by police and searched into the late-night hours.

Police also used pepper spray and attacked demonstrators with batons in response to a protest against a planned clinic for individuals suspected to have contracted COVID-19 in Tai Po on Sunday. Demonstrations have taken place in many locations of Hong Kong where the Hong Kong government plans on building clinics or quarantine centers for coronavirus patients. Such protests prove a further sign of low trust in the Hong Kong government, seeing as the Hong Kong government is seen by many as having bungled its response to the epidemic, leading to shortages of medical masks, toilet paper, hand sanitizer, and other supplies in Hong Kong. 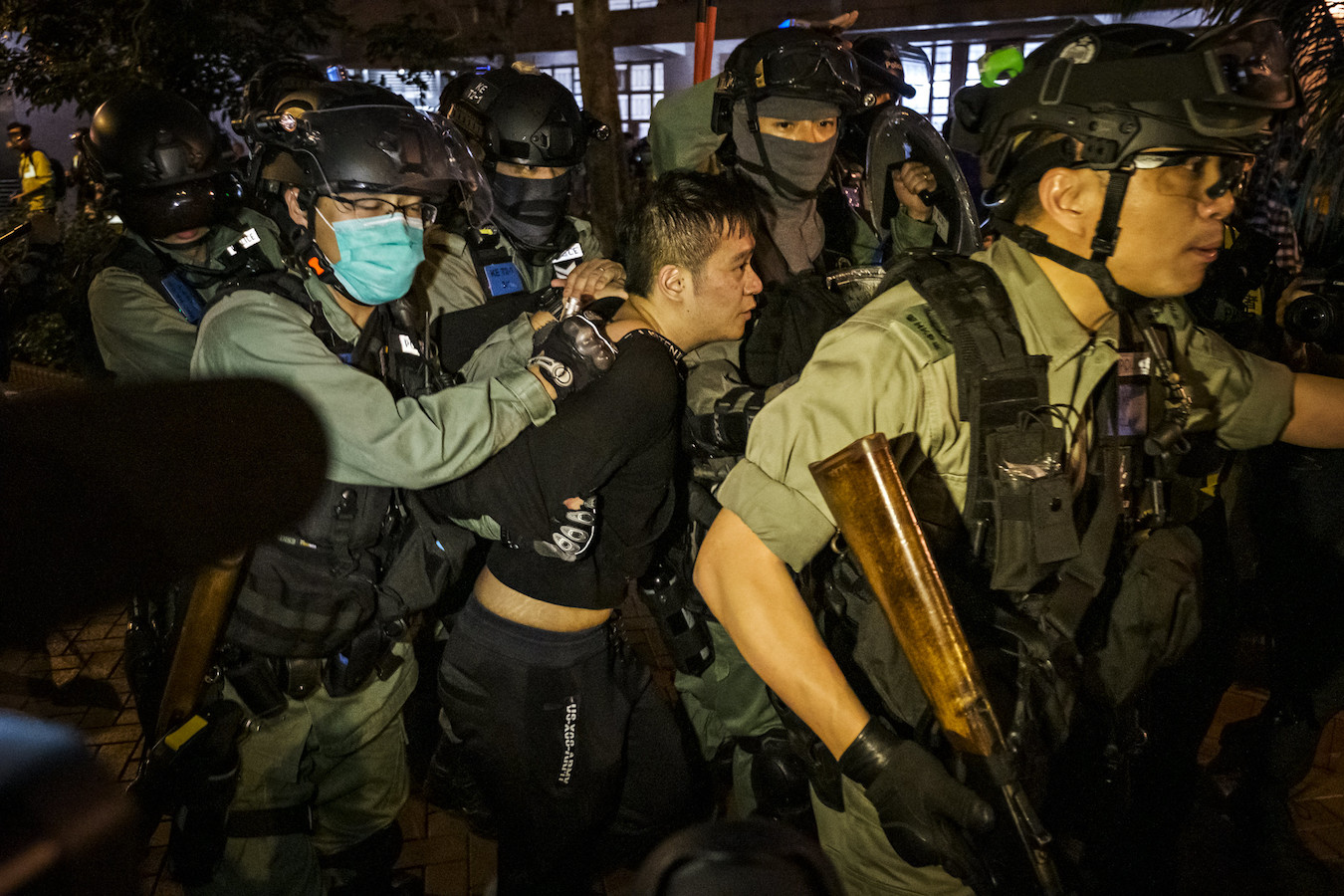 Moreover, pro-police and pro-Beijing groups attacked the shared offices of two pro-democracy city councilors in Sham Shui Po, Andy Lao Ka-hang and Leos Lee Man-ho, on Monday. The assault involved around thirty people. Both city councilors and three of their staff members were injured, with two staff members hospitalized. The attack proves illustrative of how physical assaults on pro-democracy groups by pro-Beijing groups continue to take place in Hong Kong.

But one generally expects the Hong Kong police’s actions, in refusing to even allow Hongkongers to mourn the dead, to be further enraging of protest. The memorial ceremonies which took place over the weekend also continue the pattern of significant anniversaries in the protest movement—even events that only took place several months ago—becoming occasions for protest.