PROTESTS BROKE out in Hong Kong over the weekend, with clashes erupting between police and demonstrators on Saturday, February 29th in Mong Kok.

Accusations that the Hong Kong police have covered up deaths that they have been responsible for, including covering up deaths that may have taken place during police clearance operations or deaths which took place after detentions, have dogged police for the past year. Such accusations speak to the low level of trust in the Hong Kong police from members of the public at present. 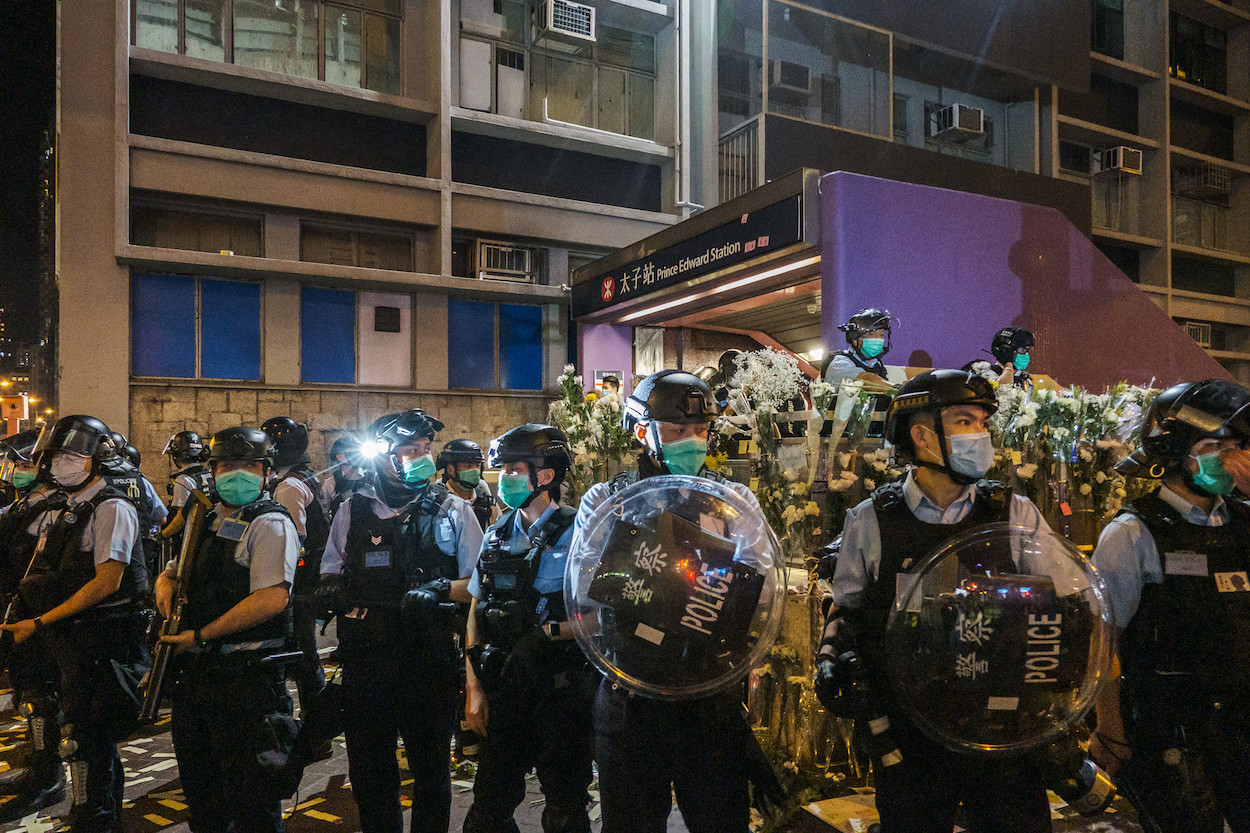 On Friday, February 28th, a memorial was also set up outside of the Sheung Tak car park in Tseung Kwan O for Alex Chow Tsz-lok, a 22-year-old University of Hong Kong student who fell to his death under mysterious circumstances on November 8th of last year. However, this, too, was dismantled by police, who arrived on the scene in full riot gear. The memorial was later rebuilt.

As with other clashes that have taken place during demonstrations in Hong Kong, clashes with police in Mong Kok on Saturday night involved police firing tear gas at demonstrators and attacking them with batons, demonstrators throwing Molotov cocktails at police and setting fires, and barricades being built. Demonstrators briefly occupied Nathan Road around 6 PM, clashing with police around 8:30 PM.

During the clashes, a Stand News reporter that was leaving Mong Kok was arrested by police. Police forcibly removed his gas mask, knocked him to the ground, and pressed him to the ground. The reporter was held for 21 hours afterward. Journalists were pepper-sprayed by police in the course of the clearance operation as well.

The number of arrests that took place was a total of 115 individuals, something which was reported as consisting of 71 men and 41 women. Among their number was an off-duty auxiliary policeman. The high number of arrests points to how the Hong Kong police have taken to engaging in mass arrests as a consistent tactic during protests. Two policemen were injured. 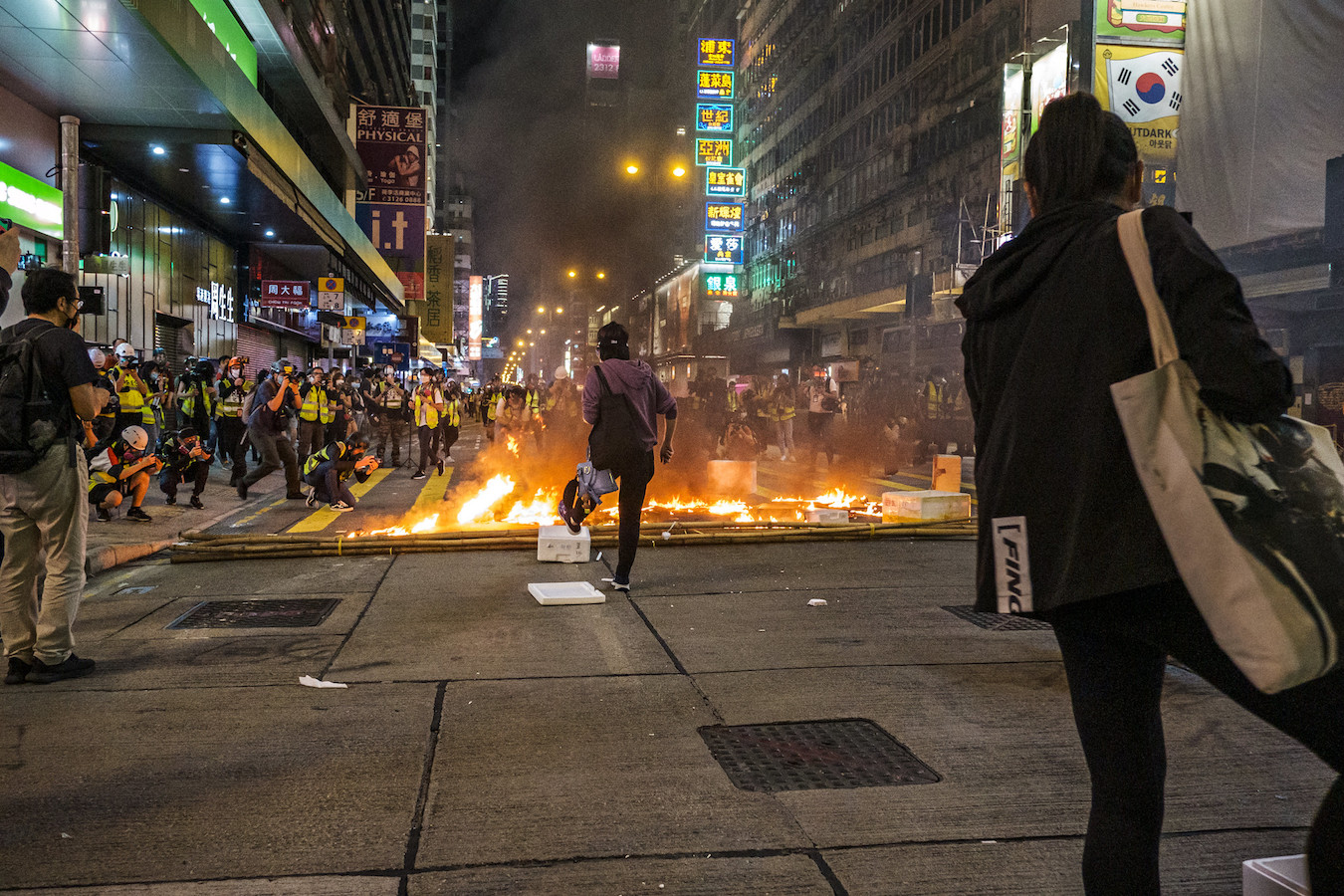 Protests on Saturday night in Mong Kok took place one day after the arrests of Hong Kong media tycoon Jimmy Lai, Labor Party vice-chairman Lee Cheuk-yan, and former Democratic Party chair Yeung Sum on Friday, February 28th. While the three were all later released on bail, their arrests were likely aimed at sending a message to the protest movement. It is notable that protests on February 29th were to commemorate the six months anniversary of the police clearance operation on August 31st last year, while Lai, Lee, and Yeung were arrested on charges related to an August 31st protest march from last year.

Lai and Lee were arrested on charges of participating in an illegal assembly, with Lai also facing charges connected to a verbal exchange with an Oriental Daily reporter in 2017, while Yeung was arrested on charges of having helped organize an illegal assembly. Lai is notably the owner of the pro-democracy Apple Daily, a tabloid newspaper that is a major pro-democracy media outlet in Hong Kong. Lai is also a major contributor to the pan-Democracy camp, particularly the Democratic Party.

Protests continue in Hong Kong, then, inclusive of violent clashes between demonstrators and police. Although large-scale protests have become less common due to concerns about the spread of the COVID-19 coronavirus, outrage regarding the government’s handling of the COVID-19 epidemic has become another driving force that continues to motivate demonstrators. Likewise, as observed on Saturday, significant anniversaries of the protest movement prove another occasion for demonstrations to take place.