GUI MINHAI, a Chinese-born Swedish national who is one of the kidnapped Causeway Bay booksellers, was sentenced to ten years in jail by the Ningbo Intermediate People’s Court on Monday. Gui is accused of illegally providing intelligence to overseas political parties.

The kidnapped Causeway Bay booksellers were a group of five employees of Causeway Bay Books, a bookstore in Hong Kong which sold and published titles critical of the Chinese government, many being tabloid-style books purporting to reveal the secrets of Chinese political leaders. However, five employees of Causeway Bay books went missing between October and December 2015, later reappearing in China and confessing to lurid past crimes, also claiming to have returned to China of their own free will to face the consequences of these crimes. 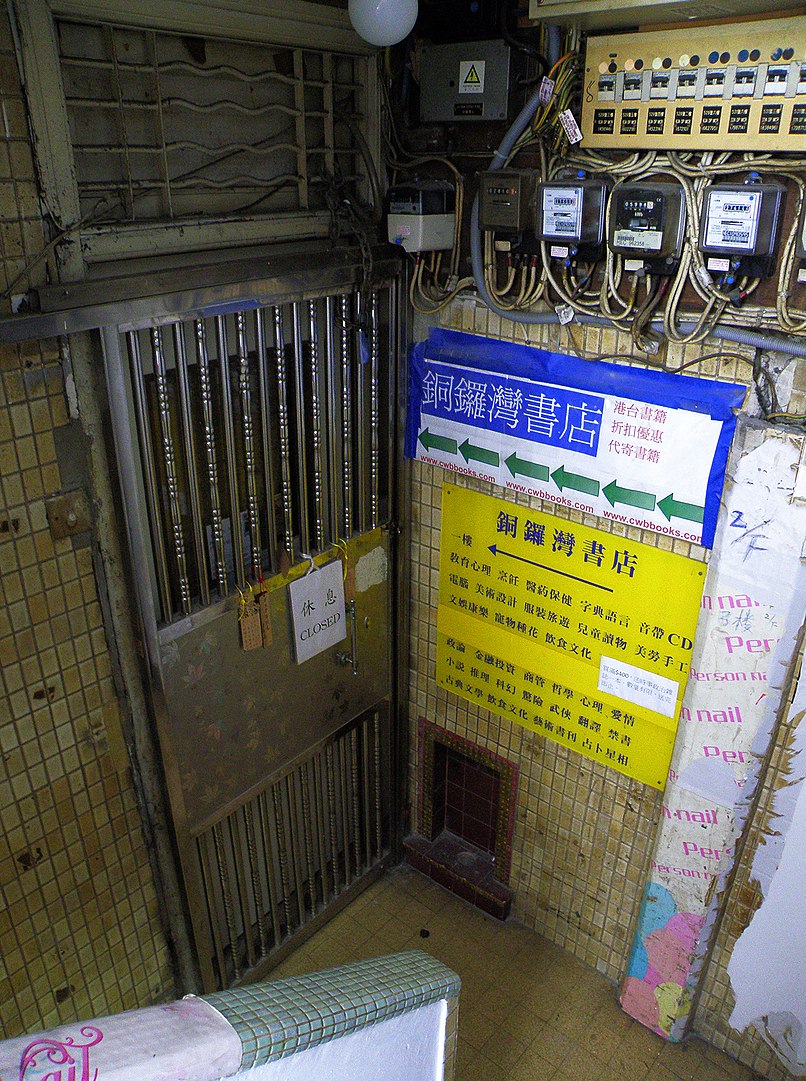 Gui was one of the three shareholders of Causeway Bay Books and authored over 200 books in the course of his career. Gui initially disappeared in October 2015, reappearing in January 2016 to make a televised confession of past crimes and making several television confessions afterward. Gui was released in October 2017, but was not allowed to leave China, and was then arrested again by plainclothes policemen in January 2018 while accompanied by Swedish diplomats on the way to a medical examination.

The Causeway Bay booksellers were kidnapped while in Shenzhen or Guangdong in China, from within Hong Kong, or in the case of Gui, from his home in Thailand. That Gui was kidnapped from Thailand suggests the cooperation of Thai authorities with the Chinese government in the kidnapping.

Gui’s case has received particular attention because of the fact that Gui is a Swedish national. China does not allow dual citizenship status, meaning that Gui gave up his Chinese citizenship in order to naturalize to Swedish citizenship. One notes that Gui was not originally sentenced on charges that of espionage, with the televised confession that was initially broadcast in 2016 claiming that Gui had returned to China to face charges related to a fatal car accident. In the sentencing on Monday, however, the Ningbo Intermediate People’s Court claimed that Gui had applied to have his Chinese citizenship reinstated in 2018, seemingly to suggest that Gui may have given up his Swedish nationality. That Gui gave up his Swedish nationality is something that Swedish authorities have denied.

It is possible that the Chinese authorities were encouraged to pursue further charges against Gui after Gui was awarded free speech awards as the Tucholsky Award from PEN International’s Swedish branch—usually awarded to a writer or intellectual who has been forced into exile or is facing political persecution—as presented by Swedish Minister of Culture Amanda Lind last year. With the Chinese government accusing the Swedish government of “political meddling” regarding Gui’s case, something it claims to be an internal affair involving someone who is still fundamentally a Chinese national, it is also probable that the Chinese government intended to make an example of Gui.

Nevertheless, the Swedish government has come under scrutiny for its handling of Gui’s kidnapping. Angela Gui, Gui Minhai’s daughter, alleged in February 2019 that Swedish ambassador to China, Anna Lindstedt, had set up a meeting between herself and Chinese businessmen that Lindstedt claimed to have connections to the CCP. According to Angela Gui, she was kept at this meeting for days while kept under strict supervision, with the businessmen that Lindstedt had arranged for her to meet with suggesting that she would be able to secure the faster release of her father if she cooperated with them. Lindstedt is currently facing charges for her actions. 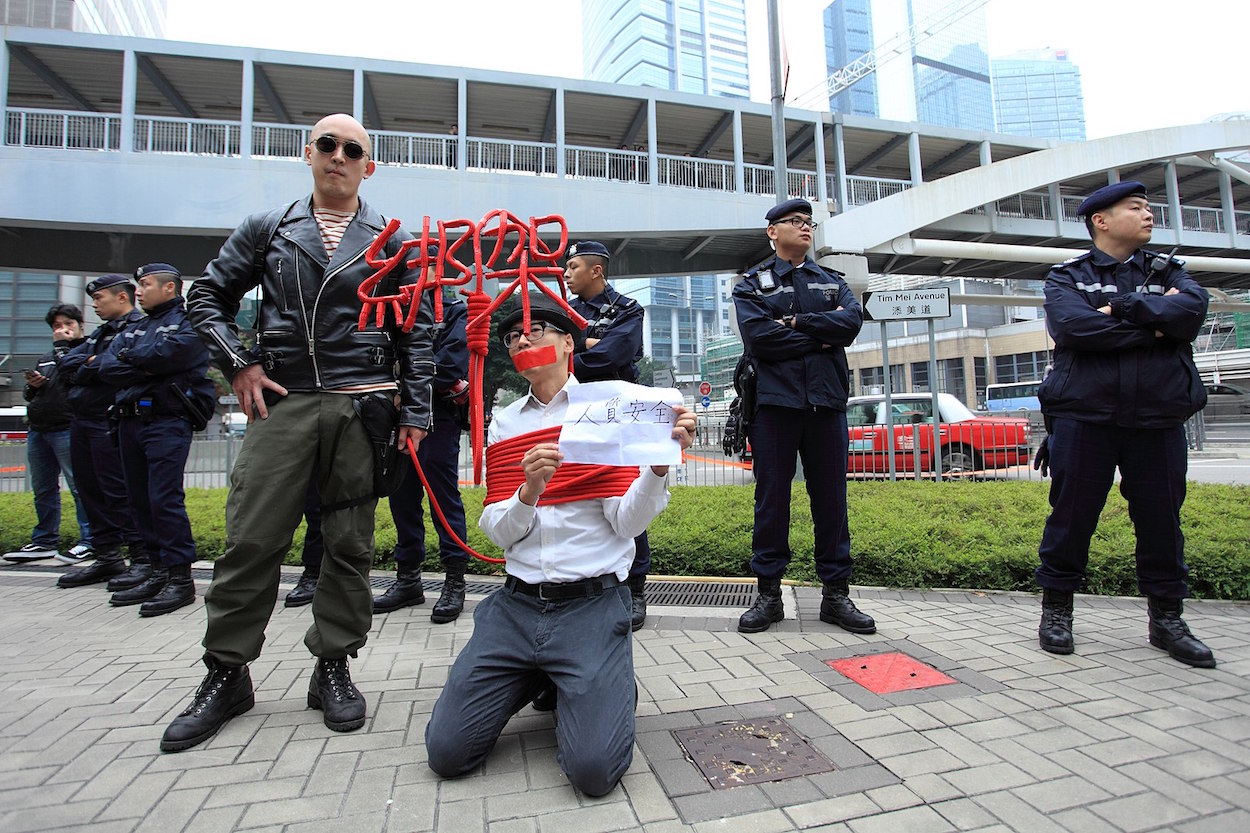 Protest against the kidnapping of the Causeway Bay booksellers by artist Kacey Wong in 2016. Photo credit: Kacey Wong/WikiCommons/CC

The fate of Gui Minhai remains to be seen, however. Of the Causeway Bay booksellers, only Lam Wing-kee remains free. Lam, the founder of Causeway Bay Books, was kidnapped from within Hong Kong and claims that he was transported to Ningbo. Initial claims were that Lam was taken into custody by Chinese authorities in connection with charges facing Gui. However, Lam escaped from Chinese authorities by going public about his kidnapping during a period in which he was permitted to be free in Hong Kong. Having moved to Taiwan because of fears that an extradition bill which the Hong Kong government intended to pass could lead to his deportation to China, Lam then moved to Taiwan, and is currently attempting to reopen Causeway Bay Books in Taipei.