PROTESTS TOOK place in Hong Kong over the weekend, with demonstrations against planned quarantine centers and clinics which would house patients who have contracted the COVID-19 coronavirus. Hong Kong currently has 57 COVID-19 cases, with one death having occurred so far.

Protests took place on Saturday in Kennedy Town, Tai Po, and Tin Shui Wai, though protests were largest in Tin Shui Wai and smaller in the other two districts. In Tin Shui Wai, a march was approved by police ahead of time, and involved around 500 participants. The march began at the Wang Yat Square at 3 PM and finished at the Tin Sau Light Rail station, with demonstrators setting fire to MTR equipment including a card reader. Demonstrations in Tai Po and Kennedy Town were against planned clinics in the area. 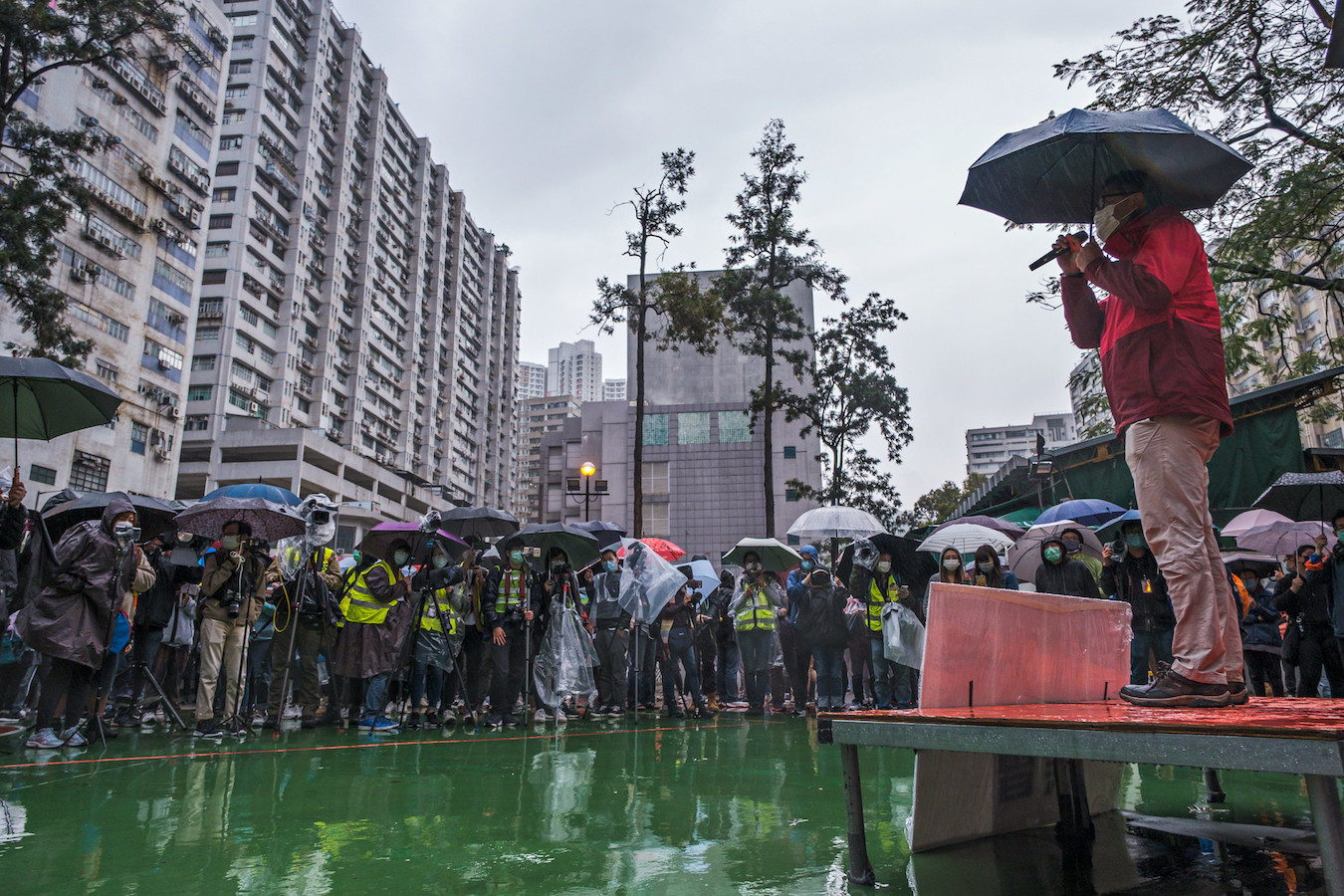 On both days, police in riot gear used pepper spray against demonstrators. More generally, in demonstrating against planned quarantine centers and clinics, critics claimed that the government planned to open these without adequate consultation with local residents and that they would be opened too close to residential buildings.

Consequently, at demonstrations over the past weekend, many protestors carried banners reading “Restore Hong Kong, revolution of our times” (光復香港，時代革命), and chanted protest slogans from the past year of protests. Some slogans called for Hong Kong independence and criticized the Hong Kong government for its unwillingness to close the border between Hong Kong and China.

In the meantime, another stimulus for anger against the government from Hongkongers is shortages of medical masks, toilet paper, hand sanitizer, and other supplies for preventing the spread of COVID-19, due to fears of shortages having led to hoarding in Hong Kong. In an incident that made international headlines, 600 rolls of toilet paper were stolen in an armed robbery by robbers wielding knives earlier this week.

Interestingly enough, civil society groups including Joshua Wong’s Demosisto have taken to making independent arrangements to ship needed supplies into Hong Kong. Earlier this week, Demosisto imported 100,000 medical masks into Hong Kong, absorbing the shipping costs itself. Demosisto plans to import a further 1.2 million masks. Apart from providing needed relief, independent actions by Hong Kong civil society to combat the spread of COVID-19 further erode the authority of the Hong Kong government. While Hong Kong medical workers have resumed work, following an earlier strike, there continue to be calls for Hong Kong medical workers to halt work if the government does not improve safety conditions for them.

When thousands of #HKers queued for masks overnight, #HKGov still refused to take measures to stabilize supply and price amid #coronavirus. To combat citywide shortage and price-gouging, @demosisto has just bought another 1,200,000 masks and shipped to #HK. pic.twitter.com/ovNQ3UOJQL

Indeed, Hong Kong government officials have generally provoked anger by remaining out of touch with the circumstances of ordinary Hongkongers. Hong Kong Chief Executive Carrie Lam, for example, has been reluctant to make public appearances wearing a medical mask on many occasions when even Chinese president Xi Jinping has taken to wearing medical masks publicly as a demonstration of the seriousness of the outbreak. Lam has also come under fire for failing to take measures to increase the availability of supplies for preventing the spread COVID-19, instead sometimes downplaying the severity of the outbreak or offering ineffectual press conferences.