THE CHINESE Communist Party (CCP) has put its political priorities over the need to combat the novel coronavirus (2019-nCoV) epidemic within China. But Beijing’s growing international clout means that the international community also suffers from the primacy of the party.

Many Chinese are proud of the way the country is mobilizing its modern state to counter the outbreak of the 2019-nCoV epidemic that began in Wuhan. Harsh critique at such a sensitive moment can be difficult to take, especially when such huge swathes of Chinese society are mobilizing in an all-out effort to fight the virus and racism is running rampant around the world. However, the shortcomings of the Chinese party-state system are easily discernible. Even more, the CCP’s obsession with maintaining its hold on power and prioritizing the interests of the Party everywhere show not just domestically, but also internationally. Several measures that could have limited this humanitarian disaster in the critical period of December 2019 and January 2020 and were suppressed for the sake of the holy grail of ‘stability maintenance’ (维稳 wéiwěn). The CCP is also forcing its political priorities on the international response and on that of other countries. Although the richer developed countries have more space to stand tall in the face of pressure from Beijing, public health in weaker nations might be harmed as a consequence.

First of all, although many of its supporters call for support for China and decry politicizing a tragedy that was made possible by the PRC’s political system in the first place, Beijing itself is busy politicizing the epidemic for its own advantage.

The CCP’s propaganda organs are hard at work to use the all-out response to the 2019-nCoV—which came (only) after Xi Jinping’s 20 January instructions—to their advantage. The two emergency hospitals built in Wuhan are a favorite example of the party-state’s mobilization might. They are used to explicitly argue the power of ‘socialism with Chinese characteristics’. Although the state media obviously does not mention similar efforts in Africa during the Ebola epidemic, they benefit from the fact that the best propaganda is based on partial truths and that these efforts are indeed impressive. The two hospitals have become the focus of hope around the nation, as demonstrated by the massive following of live streams showing their construction as well as the enthusiasm on the ground. But the eagerness with which the party-state wants to push this narrative is self-apparent, as observed in the English-language Twitter accounts of the People’s Daily and the Global Times—as well as the infamous twittering PRC diplomat Zhao Lijian—share fake pictures of the hospital construction.

The way the crisis is politicized also evidences growing ‘Cold War thinking’ among Chinese diplomats and state media. The Chinese ambassador to Austria, Li Xiaosi, and the aggressive consul-general in Kolkata, Zha Liyou, have attacked an Austrian paper for using the ‘opportunity’ of the epidemic to spread ‘lies’ about Xinjiang. As I am writing this, it seems the state media has decided to distract the public with an assault on the United States. The MFA has already deployed the much-loved phrase ‘a certain country’. Although it is not the only country to ban people from Mainland China, the US is the only country attacked for its ‘mean’ treatment of China and for ‘manufacturing panic’. China’s ambassador to the Netherlands, Xu Hong, singled out the US for criticism and said the response showed the unique power of the Chinese system in an aggressive interview that is an example of the line Chinese diplomats are now pushing around the world. Part of the anti-US campaign has seen the MFA share misinformation about H1N1 on its official Twitter account.

Secondly, China is using its growing global clout to steer the response of international organizations. The World Health Organisation (WHO)’s director-general, Dr. Tedros Adhanom Ghebreyesus, has on several occasions praised China’s response in almost obsequious terms, ignoring the shortcomings even experts in China point out. Moreover, some experts worry that the WHO response was delayed owing to Chinese pressure. Beijing initially really did not want a declaration of a global health emergency and when the WHO finally did declare one, it was not just the state media but the director-general himself who went all out to assure that this was absolutely not a condemnation of China. The negative influence of the PRC on international organizations was observed earlier when former WHO director-general Margaret Chan, a Chinese national originally born in Hong Kong, pushed for Traditional Chinese Medicine (TCM) during her tenure as WHO director-general while the organization’s response to the ebola crisis was criticized. The tenure of the Chinese ICAO secretary-general Feng Liu has seen allegations of a cover-up of data theft by state-backed hackers linked to China. One wonders what a growing influence of China in the WHO means for its response to epidemics that touch on the Party’s political sensitivities.

Thirdly, and most worryingly, China has put strong political pressure on weaker countries to shape their responses not solely based on their own public health assessments but taking into account the CCP’s political wishes. Cambodia’s Hun Sen openly admitted that he was not repatriating citizens or limiting flights from China in order not to slight China, which would be dangerous for the poor country’s economy. Pakistan has also expressed support for China’s call on countries to not evacuate their citizens from Wuhan. Several African countries with students in Wuhan are also not evacuating. Although Pakistan and African countries might justifiably fear that they could not treat incoming coronavirus cases, one also wonders if the pressure from the Chinese Ministry of Foreign Affairs (MFA) to not evacuate played a role. That politics played a role was definitely clear in the delays faced by Australia, Canada, and Taiwan, all countries that currently have problems in their diplomatic relation with Beijing.

Taiwan itself is another example of the way CCP politics now shape international organizations. Ever since the 1971 resolution by the United Nations General Assembly that recognized the PRC as the sole legitimate government of ‘China’, Taiwan has not been a formal state member of the UN or its various organizations. But it has in the past taken part in i.a. WHO and ICAO meetings as an observer. But after the Beijing-friendly Ma government left office, China has prevented Taiwan from participating in these organizations. Not only does this exclude an important aviation hub and a country of almost 24 million from critical information flows—notwithstanding Chinese claims to the contrary—it has also immediate practical consequences, as Taiwanese airlines have found out. After the WHO declared a global emergency, Italy and Vietnam both blocked all planes from ’China’, which according to WHO/ICAO definitions includes Taiwan. So far, only Vietnam has undone this absurdity. The political sensitivity of Taiwan in China has led to absurd situations around the repatriation of Taiwanese citizens from Wuhan, causing Prime Minister Su Tseng-chang to state that no more evacuation flights will take place without proper involvement of the government rather than questionable KMT figures deciding together with United Front groups in Wuhan who gets to fly. 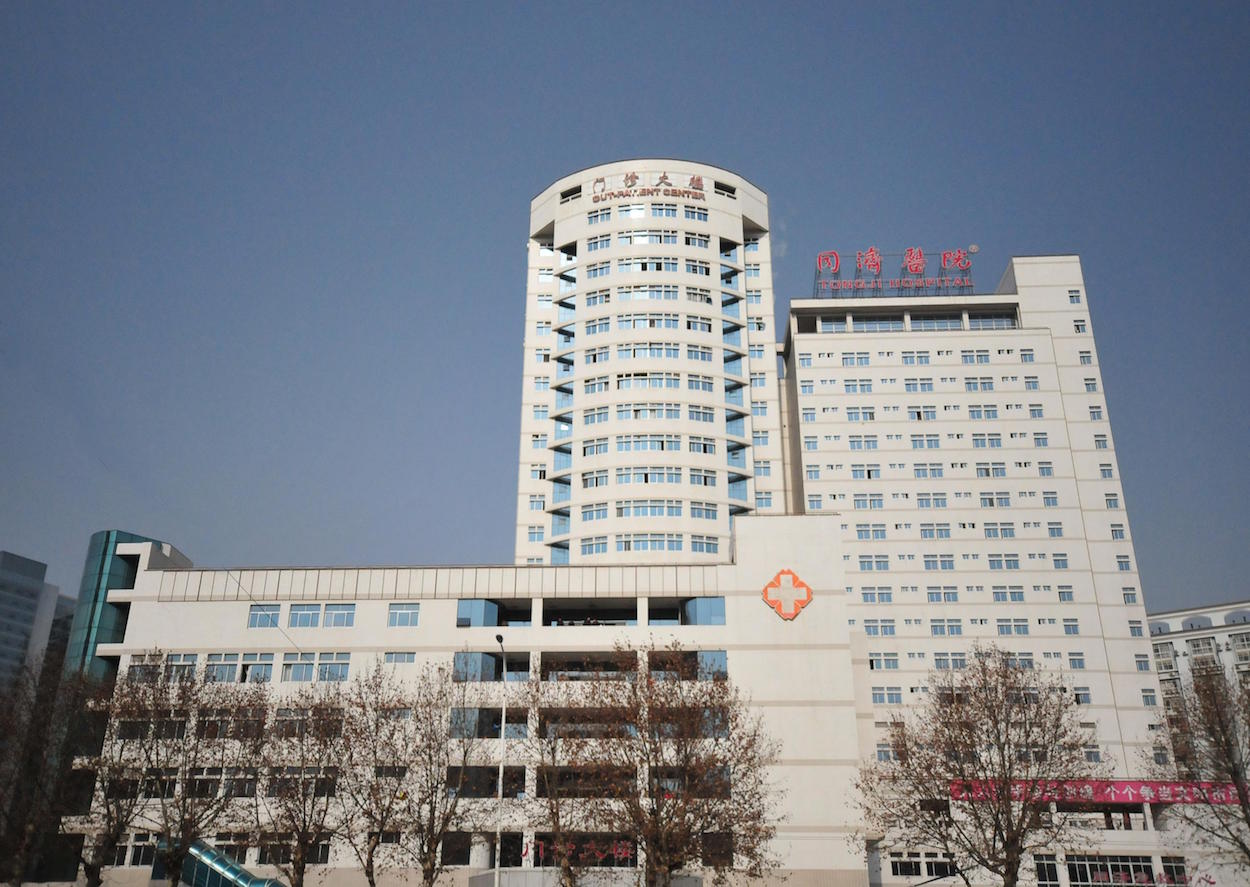 Chinese party politics is thus shaping the international response to the 2019-nCoV epidemic in ways that Beijing could not shape the international response during the 2003 SARS crisis. It is true that a number of public health experts have come out against travel restrictions, arguing that they are useless or even counter-productive. I do not here want to argue for or against any measure. Yet it is a problem when a country decides its public health policy not on expert advice and its own interests, but under political pressure from Beijing. Cambodia could have good reasons to not close its border to China. Fear that not keeping the border open would incur ruinous retaliation from Beijing should not be one of those reasons for deciding for or against border closures.

The conclusion that the CCP’s domestic political priorities now have global impact is not earth-shattering. Such behavior is also not unique to Beijing; there are surely examples of the United States, or another great power trying to shape the international response to some crisis according to its political preferences. Nevertheless, many members of the international community are not yet as used to watching out for China doing this. It is time to become a bit more aware. Moreover, the CCP pursues its self-interests with great aggression. Beijing’s political priorities are about maintaining and strengthening the authoritarian and ethno-nationalist party-state in power. That is, in fact, a danger to the world if you care about freedom. Lastly, from a public health perspective, it is not desirable for politics to trump expertise, as the citizens of Wuhan have had the misfortune to find out.