Whither the Pan-Green Camp and Third Force in 2020 Elections?

THE PAST YEAR has been an unusual one for the“Third Force” parties which emerged after the Sunflower Movement. Third Force parties can be thought of as part of the pan-Green camp due to the fact that they generally support Taiwanese independence, but Third Force parties sought to establish third parties that were not KMT or DPP. Namely, the view of many Sunflower Movement activists was that both the DPP and KMT had grown corrupt after years in power, hence the need to create newer parties that were not beholden to the political establishment.

Out of the “Third Force” parties, only the largest, the NPP, was successful in obtaining seats in the legislature in 2016 elections. The NPP adopted what other Third Force parties saw as a more mainstream means of campaigning and ran well-known political figures as its candidates, while other Third Force parties sometimes attempted to run lesser-known figures who were not as widely known in the public eye. After successes in both 2016 and 2018, the NPP rapidly grew to become Taiwan’s second-largest party. 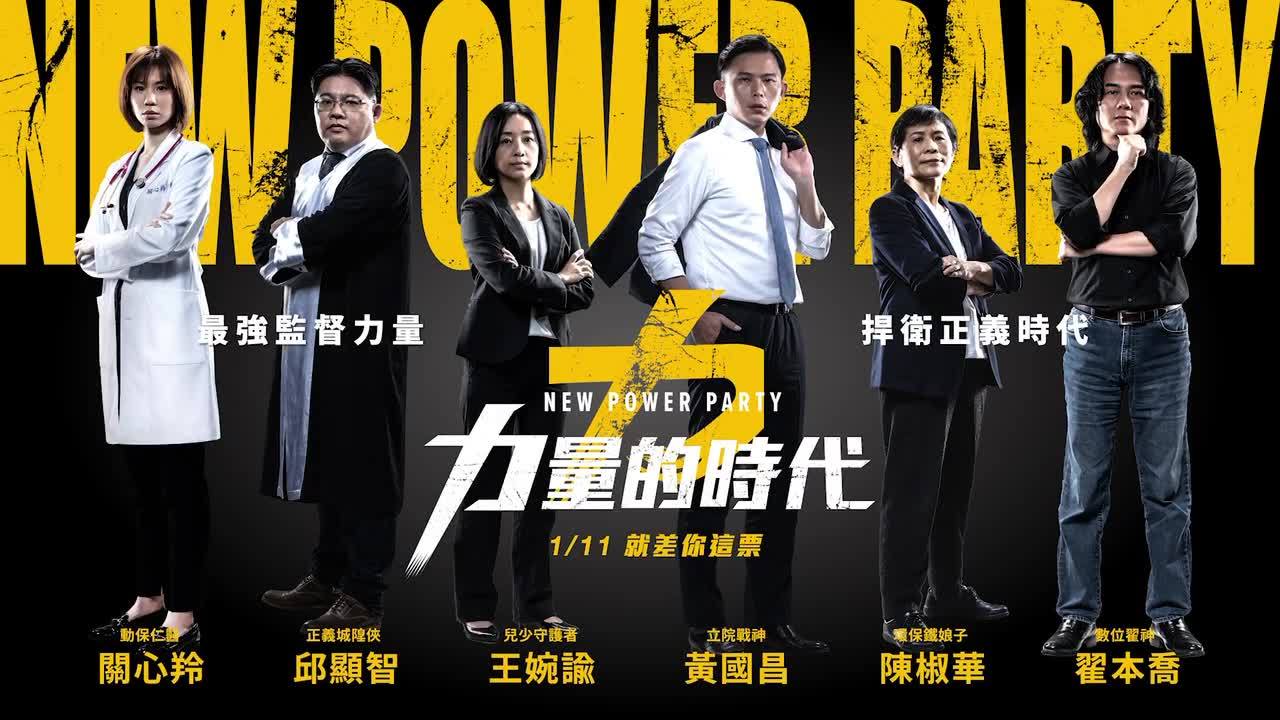 However, the NPP has faced internal splits among its leadership in recent years. Gaps in the party first became publicly visible after heated protests by the party against the Tsai administration’s controversial changes to the Labor Standards Act, which were widely seen by activists as undoing some thirty years worth of labor reforms in Taiwan. Then-party chair Huang Kuo-chang was a strong advocate of immediate direct action to halt the bill, leading the party on a hunger strike and engaging in protests which sometimes saw clashes with police. But reportedly Freddy Lim, the other party heavyweight within the NPP, advocated a more moderate course of action.

After controversy regarding the improper use of government funds saw the removal of NPP legislator Kawlo Iyun from office, splits within the party earlier this year led to the departure of legislators Lim and Hung Tzu-yung, the latter of which who was more closely affiliated with Lim’s faction within the party. In particular, the NPP was split on the issue of whether to tacitly endorse Tsai Ing-wen of the DPP for reelection, with the view that this would make the NPP unable to substantively differentiate itself from the DPP as a political party—despite the party having originally been formed precisely in order to establish a non-DPP, pan-Green political party—and that the NPP should not endorse the DPP due to the DPP’s increasing conservatism and drift from progressive politics.

With the departure of Lim and Hung and Kawlo’s removal from office, the NPP now retains less than half of its original legislators. It is a question as to how many legislative seats the NPP will be able to retain in this upcoming election, something that could threaten the continued existence of the party.

In the meantime, as with the 2016 elections, the DPP has adopted a strategy of working with smaller parties and independent candidates. Apart from recruiting the convenor of the Social Democratic Party, Fan Yun, to serve as its number three party list candidate, the DPP has expressed cooperation for the Taiwan Statebuilding Party (TSP) and it is endorsing both Lim and Hung, now independents. Although the founding of the TSP actually predates other Third Force parties and the TSP has been unsuccessful in obtaining any electoral seats in multiple past elections, the TSP seems to have won the faith of the DPP through efforts to enact legislation to combat Chinese infiltration in Taiwan by examining the legislation passed by other countries, with Australia a particularly key case study. This eventually resulted in the passage of the Anti-Infiltration Act on December 31st last month. That being said the TSP has also faced controversy regarding its handling of a sexual harassment case within the party, the victim of which went public with her charges earlier this week. It remains to be seen how this will affect the party. 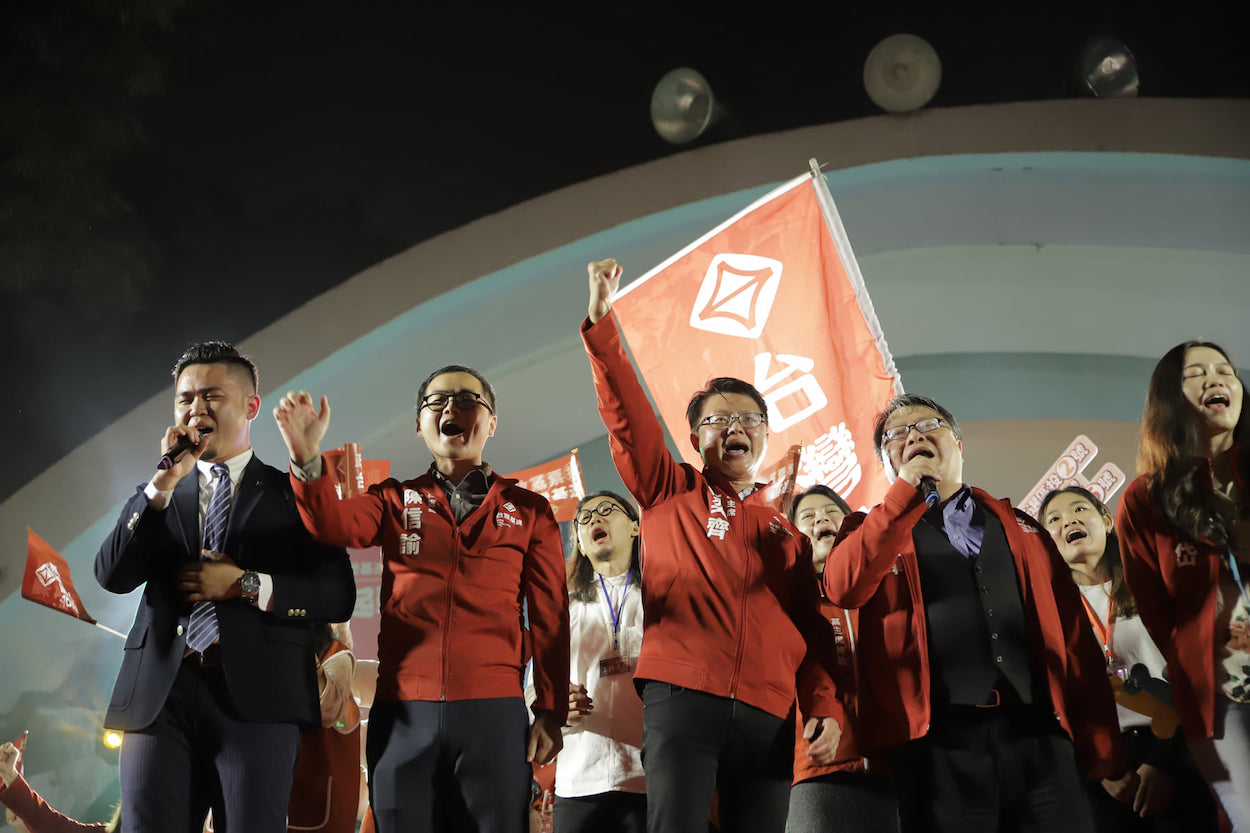 More generally speaking, Lim, Hung, young DPP candidates, and other TSP candidates have formed the “Democracy Frontline” political alliance, a pan-Green inter-party alliance explicitly supportive of Tsai’s reelection. Although the Democracy Frontline does, in fact, include some NPP city councilors who are closer to Lim, NPP members do not play a particularly key role in the group.

As such, in the past year, one observes not only the contraction of pan-Green third parties, which have been racked by internal splits but that the remaining pan-Green third parties have become closer to the DPP. The SDP is not running any candidates this year, for example, though the Green Party—which the SDP previously had a political alliance with in 2016 elections—is fielding its own candidates. But one does not expect the SDP to be particularly politically active now that its convener, Fan, is a DPP party list candidate; its only political candidate successful in being elected in past years, Taipei city councilor Miao Poya, has been increasingly active in campaigning on behalf of the TSP.

At the same time, one has witnessed the rise of Taipei mayor Ko Wen-je’s Taiwan People’s Party. The Taiwan People’s Party frames itself as being similar to a Third Force, insofar as it also claims to be beyond pan-Blue and pan-Green political distinctions. But with Ko’s drift toward the pan-Blue camp in past years, Ko conducting controversial city-based cross-strait exchanges with China and courting high-profile KMT politicians such as Wang Jinpyng and Terry Gou, many members of the Third Force see Ko as a political turncoat—though this was also an issue at stake in the original split between Huang and Lim in the NPP, with Huang being more antagonistic to Ko, while Lim was more open to the possibility of friendly relations with Ko.

Indeed, just one year ago, in the wake of 2018 elections, the Third Force—particularly the NPP—appeared as though it were the future of the pan-Green camp. Despite the pan-Green camp suffering defeats in 2018 elections, by contrast, the NPP actually did quite well. Voters may have voted for the KMT to try and punish the DPP, but they were also willing to vote for Third Force parties, likely hoping for a change of face. 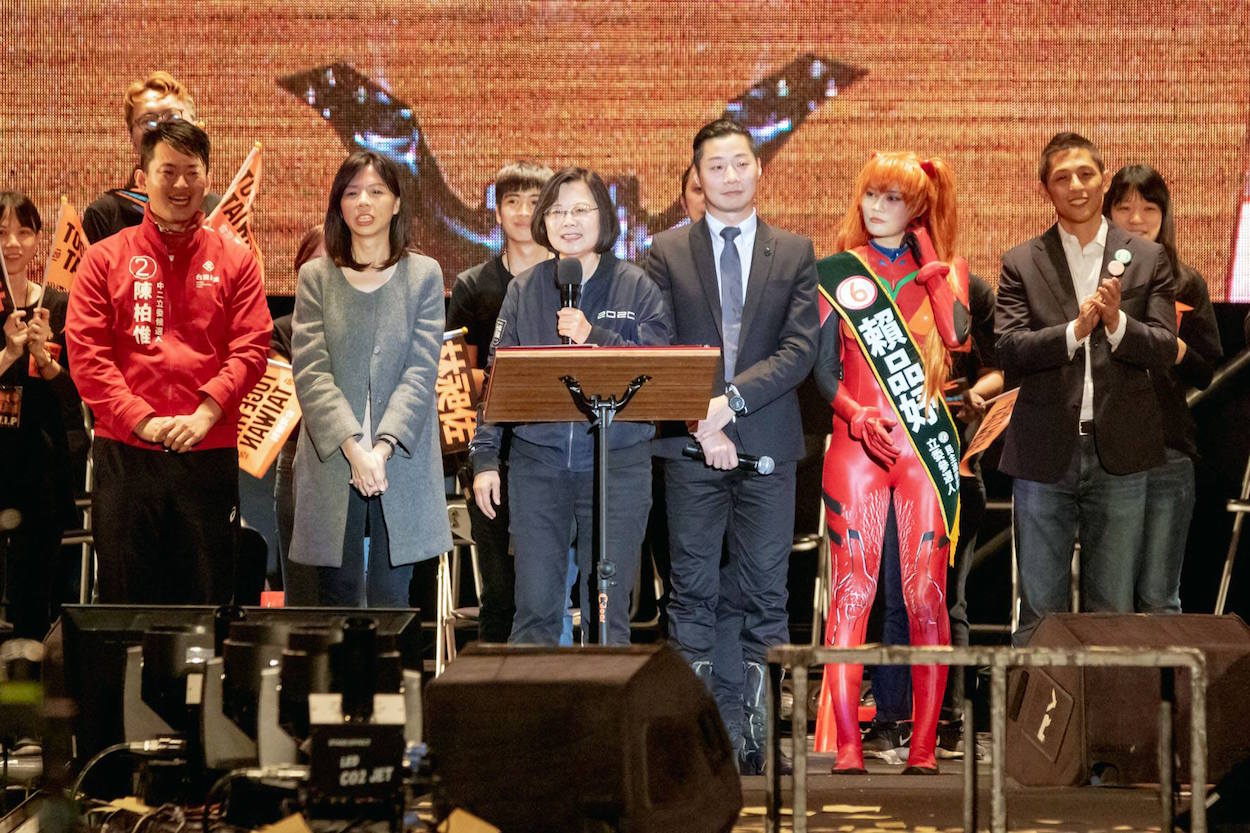 But in the face of a resurgent KMT after 2018 elections, younger politicians chose to side with or enter the DPP rather than face the possibility of the KMT winning again through a split vote. This is what has led to closer cooperation between the Third Force and the DPP and for a number of young candidates to decide to enter the DPP, rather than a Third Force party. Among the DPP’s current members include Sunflower Movement activists who were protesting DPP’s changes to the Labor Standards Act two years ago, such as former Sunflower Movement student leader Lin Fei-fan and former Black Island Youth Front member Lai Pin-yu, but a sense of crisis seems to have driven them to enter the DPP.

It remains to be seen how successful this sort of “United Front” strategy will be, as well as to whether this will allow for progressive reforms to be made within the DPP. After all, conservative forces within the pan-Green camp have become more organized in the past year, uniting through opposition to Tsai Ing-wen for her legalization of gay marriage and the view that Tsai has not pushed hard enough on the issue of Taiwanese independence. While some conservative pan-Greens have left the DPP to form parties such as the Formosa Alliance and Taiwan Action Party Alliance, those that remain in the DPP are likely to come into conflict with progressive young people within the DPP in the near future if they stay within the party.