TWO RECENT demonstrations prove significant, for attempting to raise key issues before the elections by targeting all of the major parties in Taiwan.

The first demonstration, which was an annual environmental demonstration against pollution, took place last week on Sunday, December 29th. The primary organizer of the demonstration was Air Clean Taiwan, along with other environmental groups such as the Alliance for the Rescue of Datan Algae Reefs, and the Taiwan Tree Protection Coalition. A number of participants dressed in costume, with a number of performances taking place, including a group of people covered in white paint who represented the future victims of environmental pollution and a man dressed as a polluted angel. 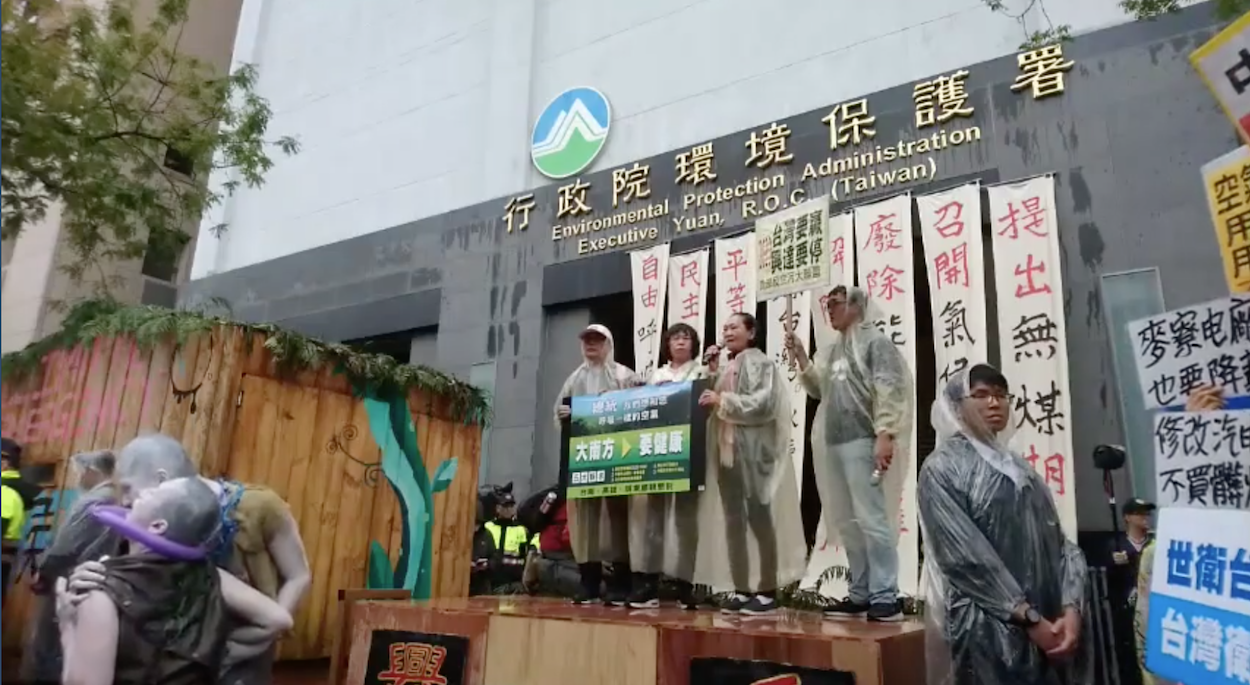 The demonstration took the form of a march that began at the Environmental Protection Agency at noon and which finished at Liberty Plaza. Among the speakers were the vice-presidential candidates of both major parties, William Lai of the DPP and Simon Chang of the KMT, while smaller third parties such as the NPP, TPP, New Party, and other groups were also present.

In particular, demonstrators called attention to both worsening problems of air pollution in Taiwan and the need to develop renewable forms of energy. Though Lai touted the accomplishments of the Tsai administration in reducing greenhouse gases during his speech, demonstrators were critical of the DPP for failing to do enough to curb pollution. Simon Chang attempted to lash out at what he claimed was the DPP’s poor record on air pollution, while also emphasizing that the KMT did not advocate an immediate switch to green energy if this would lead to problems with Taiwan’s power supply. Indeed, KMT presidential candidate Han Kuo-yu referred to solar and wind energy as “strange” wastes of public expenditure during the televised presidential debate and the KMT advocates the use of nuclear energy, something that is controversial among the Taiwanese environmental movement given how seismically active Taiwan is.

The second demonstration was the yearly “Workers’ Struggle” demonstration. Worker’s Struggle is one of the longest-running labor protests in Taiwanese history, though it has seen a marked downturn in attendance after heated protests in late 2017 against the Tsai administration’s changes to the Labor Standards Act that are likely the result of movement burnout.

The Workers’ Struggle demonstration this year took place on Saturday, January 4th, beginning at KMT headquarters, proceeding to PFP headquarters, then to DPP headquarters, and finally marching to the Legislative Yuan. This was to signal protest against all three major parties in Taiwan running presidential candidates, as well as the legislature itself. Workers’ Struggle has historically emphasized that it targets all major political parties in Taiwan and does not side with any political camp.

Participants, who were primarily drawn from organized labor groups, expressed criticisms of all major political parties for failing to answer demands from organized labor groups. Specifically, labor groups called on the major political parties in Taiwan to increase the number of public holidays from 118 to 123, to lower the number of members needed to form a union from thirty to ten, and to increase the minimum monthly salary to 30,000 NT. 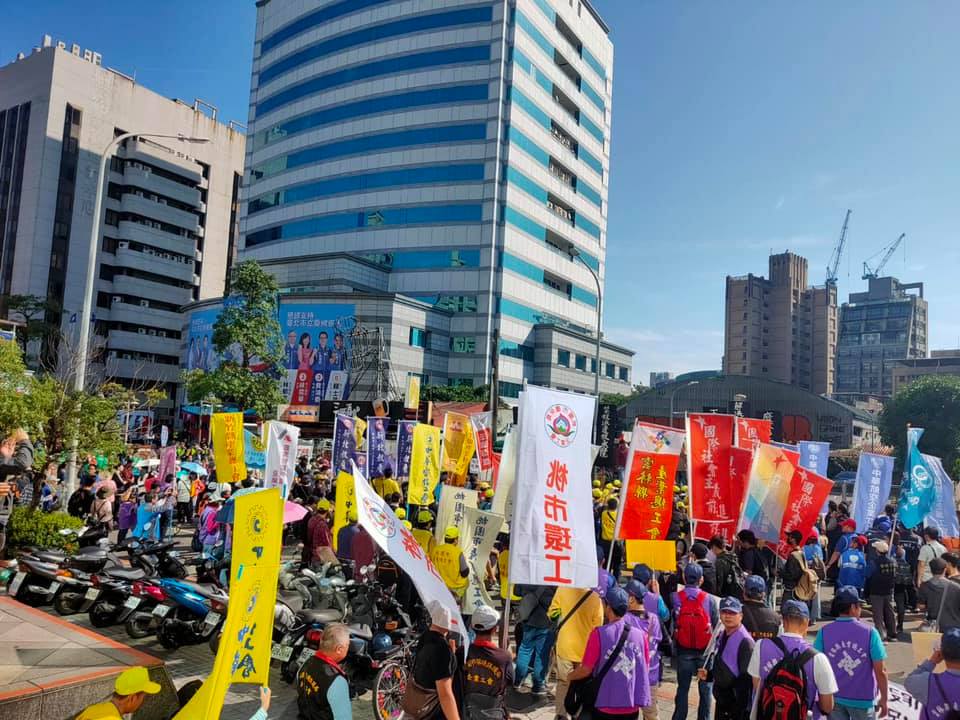 It is to be seen whether whoever is victorious in 2020 elections will heed the demands of environmental and labor groups, however. While politicians have generally paid lip service to environment and to workers’ rights, with all three presidential candidates claiming that they seek to protect workers’ rights and to fight pollution, environmental or labor issues have generally not been centered as issues during this election cycle, with greater focus on discussion of cross-strait issues or the economy. One also notes that, despite the Tsai administration having been heavily criticized by activists in 2017 for its controversial changes to the Labor Standards Act, which were seen as undoing several decades of labor reforms, many of those that protesting against the Tsai administration have since entered the DPP in order to try and prevent a KMT victory in the 2020 elections.

Either way, the KMT and PFP have generally lacked concrete policy proposals on labor or the environment, instead seeming to focus more time and energy on simply attacking the Tsai administration’s record. With a lack of any substantive debate, the Tsai administration has not particularly been forced to address such issues either. Perhaps this, too, points to how much work remains to be done on the part of environmental and labor groups, seeing as voters primarily do not seem to be voting on the basis of these issues during this year’s election.