Is Controversy Regarding the Anti-Infiltration Bill a Fake Political Issue?

CONTROVERSY REGARDING a new anti-infiltration bill that the Tsai administration intends to pass before the end of the year largely proves a false issue. Namely, while Tsai seems in a rush to pass the bill before the year’s end and the KMT claims that the DPP is infringing on political freedoms and shrugging off legal oversight measures to pass the bill so quickly, it is actually quite unlikely the bill will do much to stop Chinese efforts to influence Taiwanese elections.

Tsai surprised by announcing the bill late in the legislative cycle and late in election campaigning. Tsai announced her intent to pass the bill on December 15th, claiming that the DPP planned on passing the bill before December 31st in response to an audience member at a campaign rally. 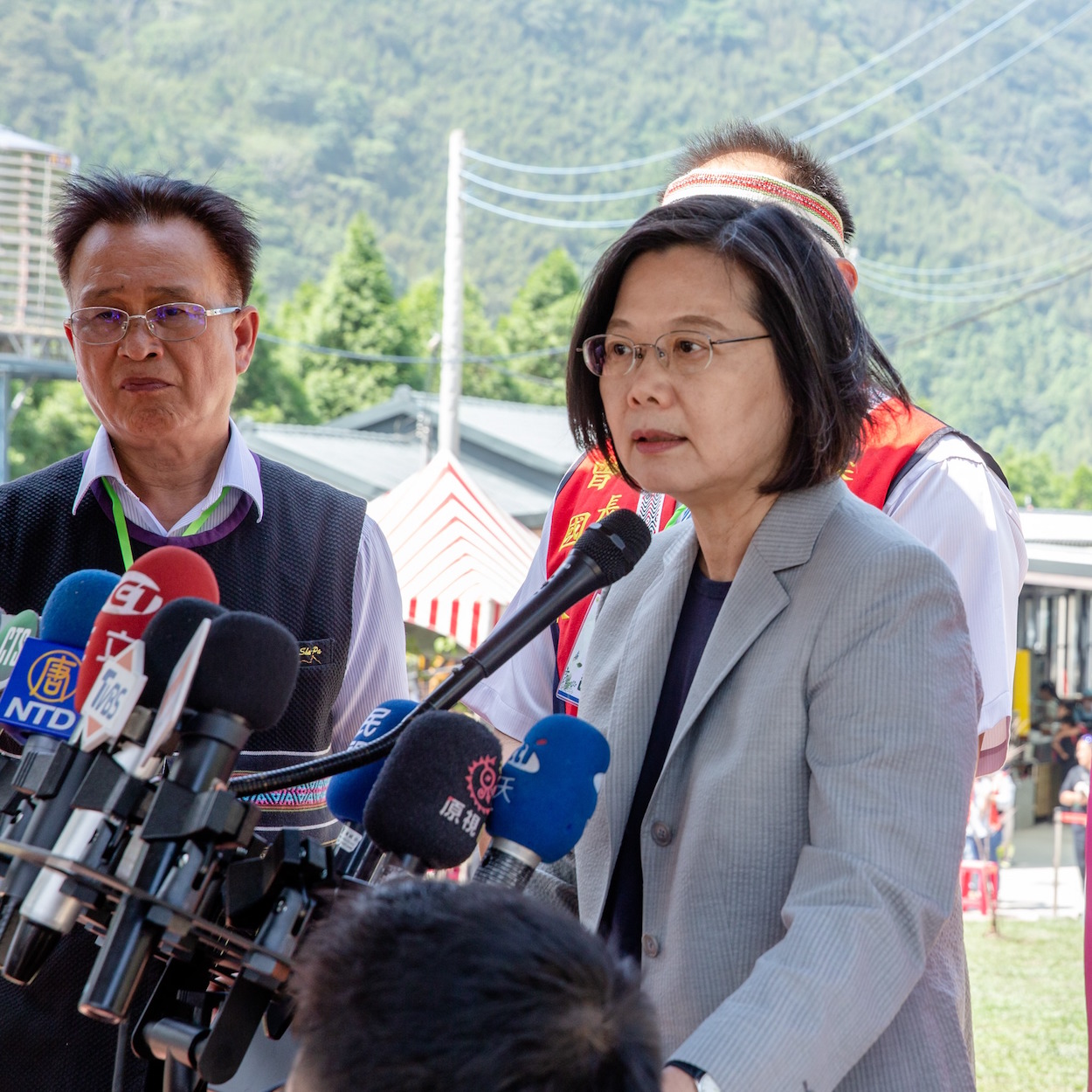 Unsurprisingly, the KMT has claimed that the anti-infiltration law will be used to limit political freedoms in Taiwan, claiming that this is part of the “Green Terror” conducted by the DPP. In the past few years, the KMT has taken to claiming that efforts by the DPP to seek transitional justice for the past crimes committed by the KMT during the White Terror or to address the KMT’s party assets that it retains from property seizures during the authoritarian period is a “Green Terror” far worse than the KMT’s “White Terror.”

If so, one wonders where the tens of thousands of dead bodies since the Tsai administration took office are. However, as flagged in the three presidential policy presentations which have taken place to date, the KMT is insistent on using the anti-infiltration bill as a wedge issue against the DPP. At the same time, the KMT is attempting to reverse accusations that it is aided by Chinese election interference by accusing the DPP of engaging in efforts to smear its political reputation using an “Internet army”. A central claim by the KMT is that Internet trolls paid by the DPP were responsible for causing the suicide of Taiwanese diplomat Su Chi-cheng, rather than Chinese disinformation efforts, seeing as Su’s suicide was previously seen as a major example of the real-world effects of Chinese disinformation.

If there has been a general pattern in past years of the KMT trying to imitate what it sees as the successful political strategies of the DPP, this can also be observed with regards to KMT attacks on the anti-infiltration bill.

No less than FoxConn CEO Terry Gou, who was unsuccessful in seeking the KMT’s presidential nomination in past months, claims that the anti-infiltration bill infringes upon even more political freedoms in Taiwan than the CSSTA trade agreement with China that the KMT attempted to pass in 2014 would have. As such, Gou claims that he intends to launch a second “Sunflower Movement” against the anti-infiltration bill. 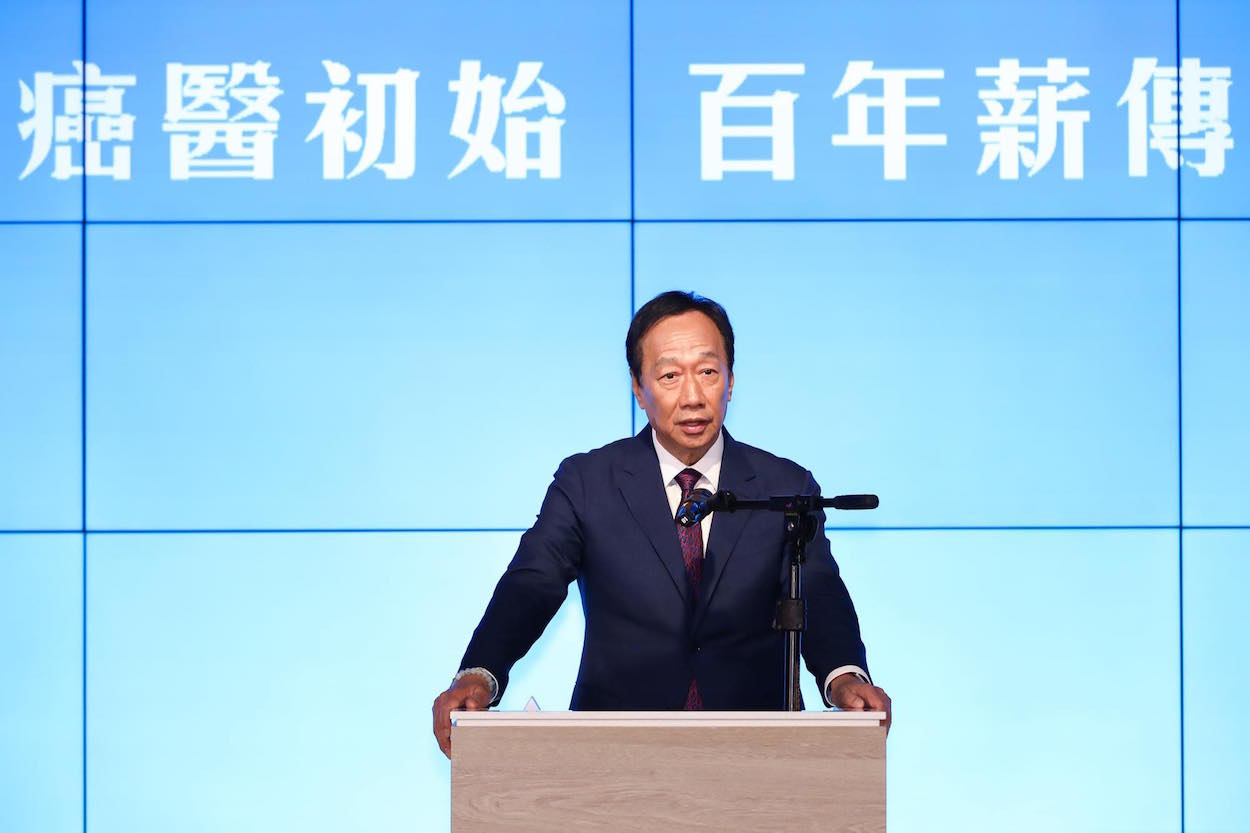 This is an ironic claim, seeing as former Sunflower Movement activists in the DPP, NPP, and Taiwan Statebuilding Party are among the supporters of an anti-infiltration bill. In response to criticisms from the KMT, the DPP has called on the public to actually read the text of the bill so as to understand its limited scope, rather than to uncritically believe the KMT’s claims that the powers of the bill will be wide-sweeping.

But despite the KMT making a great of noise about the anti-infiltration bill, one does not actually expect the bill to do much to prevent Chinese efforts to influence the election. The provisions of the anti-infiltration bill provide for one year to seven years imprisonment and fines ranging from one million to five million NTD for acting as an agent on China’s behalf. This pertains to specifically to political donations, lobbying, aiding election campaigns, disrupting social order or the right to assembly, and attempting to disrupt elections or recall campaigns.

The aims of the bill, then, are to prevent interference by hostile powers in presidential elections, national referendums, or the operation of government agencies. However, the version of the bill pushed for by the DPP and the Taiwan Statebuilding Party has been criticized by the NPP for failing to sufficiently regulate donations from the Chinese government to politicians, as well resources flowing from China into local clientelist networks, such as organized crime groups or temple organizations.

It is also important, though, that the legal punishments called for by the anti-infiltration law are fairly light by the standards of Taiwanese law. While drug laws in Taiwan are severe compared to other parts of the world, imposing one to seven years imprisonment and fines of one million to five million NTD are similar in severity to legal punishments for possession or transportation of Category One to Three narcotics.

As such, one generally expects the provisions of the anti-infiltration law to also not prove particularly deterring of efforts from the Chinese government or their local collaborators to influence Taiwanese elections, perhaps in the same way that similar punishments have failed to deter drug usage or drug selling. And given that many of those collaborating with the Chinese government to influence Taiwanese elections are primarily motivated by ideological reasons, one expects legal punishment to generally fail to deter such individuals. 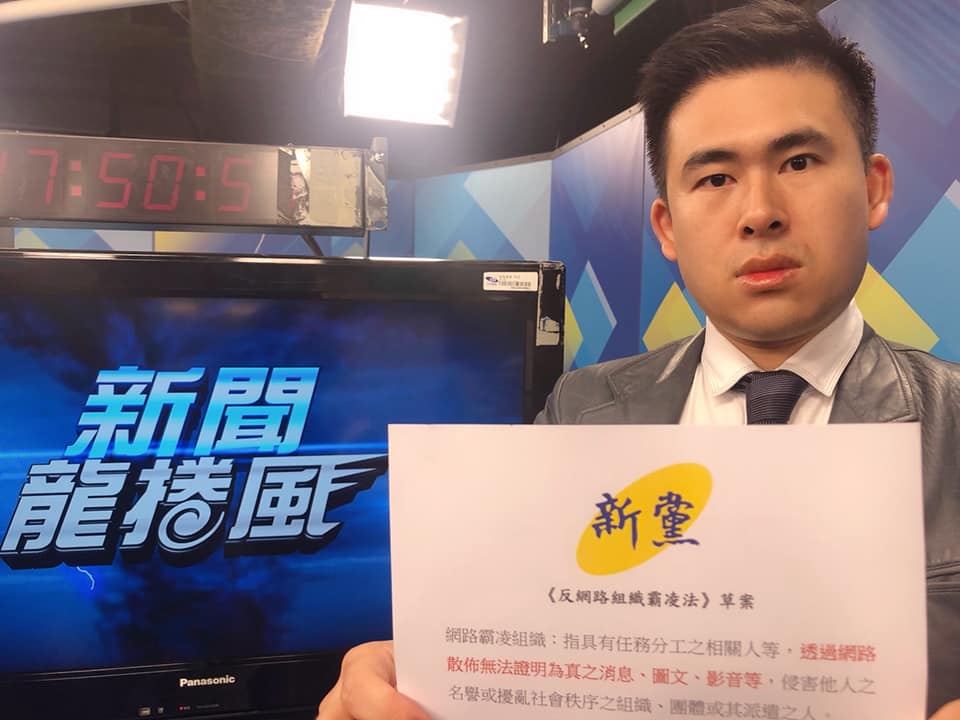 It is also the case that one does not expect the DPP to rock the boat too much either, in consideration of that the DPP is wary of being accused of politically persecuting political opponents in an undemocratic manner. Despite the KMT and other pan-Blue groups accusing the DPP of carrying out a “Green Terror,” the Tsai administration has allowed most high-profile examples of individuals accused of seeking to conduct espionage activities on behalf of China to remain free and active in political life.

A prominent example of such an individual would be New Party youth spokesperson Wang Ping-chung, who was accused in 2017 of attempting to organize a Chinese spying ring through a media platform run by him and other young spokespersons of the New Party, Fire News. Wang recently appeared on national television to represent the New Party as its representative during televised party policy presentations earlier this month. The New Party was again accused of aiding Chinese disinformation efforts in an investigative report published by The Reporter earlier this week, but one still expects actions by the Tsai administration to be relatively restrained.