The Future of the Thai Democracy Movement

2019 SAW THE first national Thai election in nearly a decade after years of political instability followed by military dictatorship. In the end, the military junta turned political party, Pallang Pratcharat, took the prime minister’s office under dubious circumstances, however, there was a surge of popularity behind a new face to Thai politics, Thanathorn Juangroongruangkit and his Future Forward Party (FFP) were thrust to the front of the democratic movement in Thailand.

The kingdom’s elite power brokers did not take kindly to their new adversary. Thanathorn was deemed a radical by Thai conservatives, as they did everything in their power to delegitimize and crush the upstart party. Despite their best attempts Future Forward provided an upset, taking a surprising number of seats alongside their allies, long term red shirt party Phue Thai. Yet this wasn’t enough to block former junta leader Prayut from taking the prime minister’s office. 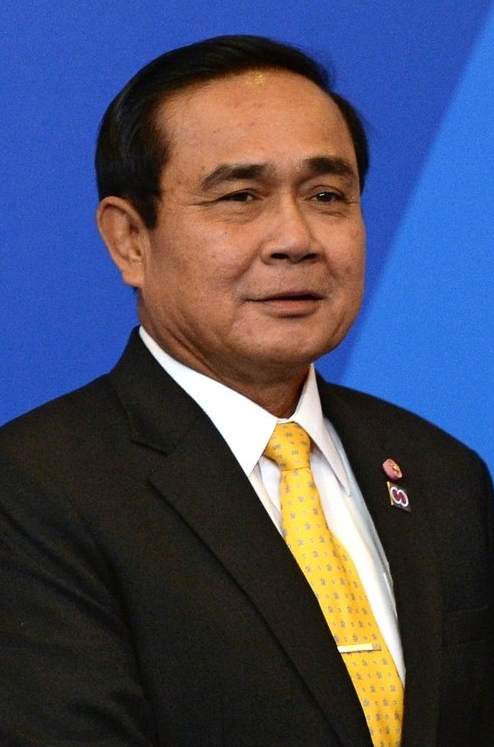 Despite the Thai conservatives’ fears, judging by Future Forward’s policies and rhetoric they offer little beyond the international liberal status quo; as such a potentially far more radical future awaits many of their supporters if the party is disbanded or its base dissolves. As we’ve seen in the West, when liberal parties fail their supporters trend towards more radical ideas, as with The Democratic Party in the USA or the rise of Corbyn in the Labour Party UK after decades of neoliberal centrist politics.

During the election campaign, the FFP skirted issues on the royalty and military while going out of their way to unequivocally declare themselves as a capitalist institution. Thanthorn himself is a millionaire, vowing to “protect capitalism for the benefit of the majority.”

They’ve also punched left, expelling many of their younger and more extreme activists, allegedly for misusing funds. However, some believe that this is actually for promoting a concept of change deemed too radical for the party’s leadership, alienating many of the party’s original members who joined expecting to see a more dramatic shift in the Overton window than the leadership ended up offering. One former FFP activist told me “I don’t care about them anymore, they have no magic, I won’t work for them”.

Nevertheless, the disbanding of Future Forward is looking increasingly likely as their leader Thanathorn has recently been barred from becoming a member of parliament after he was found guilty of owning shares in a media firm while running as a MP which breaches election rules. This verdict was widely seen as catching the party leader out on a technicality as he had sold the shares in V-Luck Media but failed to provide an adequate receipt.

The response to Thanathorn’s conviction has been dismal at best, with a whirlwind of twitter hashtag protests but no organized protests. “It’s a real worry that the party will be disbanded.” Netiwit Chotiphatphaisal, the outspoken student and democracy activist tells me. “[They] have so many tools to use against Future Forward, so it’s a real possibility. I think if the party is disbanded it will be trending in Twitter for many days, but Thanathorn strongly believes that if he goes to the street, people will join him.” So far, however, Thanathorn has erred on the side of caution in regards to street protests, with downtown Bangkok remaining eerily quiet since the election.

This timid behavior of FFP does not come as a surprise. Ever since its inception, the party has attempted to follow the complex rules of Thai electioneering to the letter, while its conservative opponents flagrantly break them, ironically, with one member of the conservative Palang Pracharath Party still holding shares in a media company to this day. 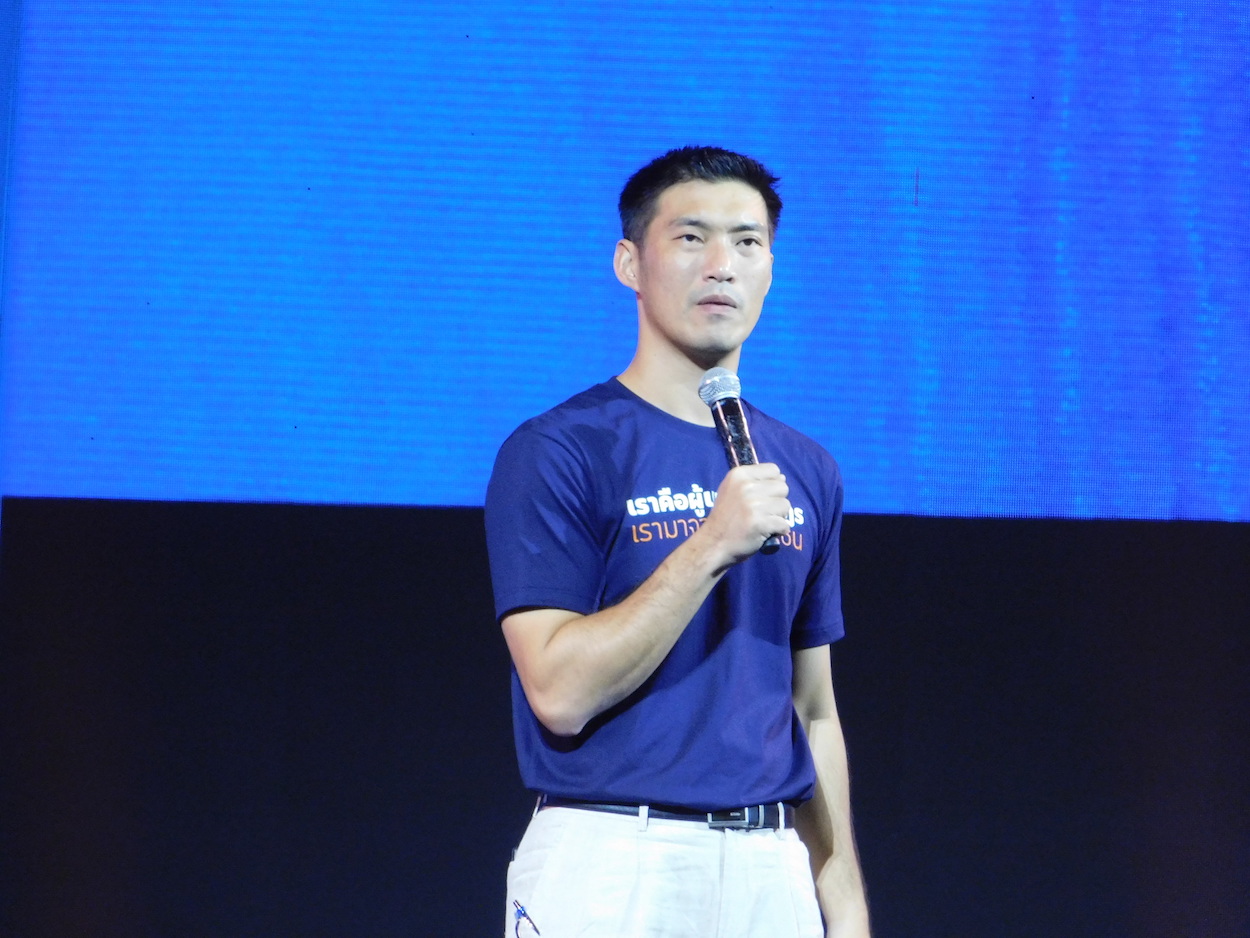 FFP has nonetheless, grown extremely popular, particularly among the middle-class youth. This popularity is fairly easy to explain, in part due to the party’s brand aesthetics, Thanathorn’s charisma and good looks, as well as in large part elements of classism towards the less than aesthetically pleasing Phue Thai and lingering conceptions of corruption within the old vanguard of Thai democracy. This new FFP support network is well mobilized, connected and eager to see change within the kingdom.

All of the party’s actions and policy proposals thus far indicate that they ideologically align more with western neoliberal parties like the Labour Party under Tony Blair and the Democratic Party under Hilary Clinton where we saw the same behavior and policies, which after an initial success ultimately led to ruin.

Worldwide this seems to be a trend, as neoliberal charm politics fail to fight the right-wing. This is also notably evident with Macron in France. These politics are typically marked by a respect for seemingly “ideologically neutral institutions” such as courts and independent commissions. In Thailand, we’ve already seen these institutions usurped by the right with ease, as is the case in the USA under Trump or Turkey under Erdogan. This is ultimately why the FFP is perhaps doomed to fail, as they continue to comply with such blatantly skewed institution opposition without the repercussion of strikes or street protests.

There are currently two realistic futures for FFP. One is spent sitting in impotent opposition to the ruling nationalist Pallang Pratchawat Party, in which case their ability to really challenge power will be severely limited and their insistence on following the rulings of the election commission and courts could leave their supporters disillusioned, this currently looks like the most probable scenario.

Alternatively, the party may end up dissolved or disbanded in some form or another. However, the initial clamor by members of the Thai right to disband FFP altogether has died down in recent months, presumably because they realize the FFP is not the boogeyman threat they were originally made out to be. On the other hand, the lack of protests over Thanathorn’s suspension may be construed by the Thai right as evidence that they can punish and batter FFP with no consequences

“We need to make activism and street protests more attractive. I really advocate for street protests.” Netiwit tells me. “In the past street protests have been very boring, sitting around listening to leaders give speeches. What’s needed is to make protest more participatory and more democratic, to really make people feel like they are contributing in their participation”.

The strength of FFP’s well-mobilized supporters is yet to play out outside of the ballot box, and thus far they have achieved little to nothing in parliament. This inaction may encourage supporters to look for a new place to go, to a party or organization with far more radical tendencies who won’t cow to the oppression of political rights. Where exactly they will land is not yet clear, much of it is dependent on where Thanathorn goes.

Phue Thai, commonly known as the red shirt party, are considered by many young people as a political dinosaur, out of touch with the times and plagued by corruption on the local level; right now, the chances of young FFP members moving to them is unlikely. However, Netiwit tells me “If you look closely at the student movement, many of the leaders have connections with Phue Thai. There is a problem [of a lack of connection] between Phue Thai supporters and supporters of the Future Forward Party. In the rural areas, the military puts a lot of pressure on the red shirts, since they don’t want them coming out to fight in the streets, so it’s the student’s responsibility to fight in Bangkok.” Certainly to rehabilitate Phue Thai in the eyes of the youth there will need to be a major effort to address the aesthetics and the message coming from the once-mighty party who led the democracy movement for decades.

But there is another more exciting contender in the form of The Commoner Party, or ‘Samanchon’. This low-key, underfunded, grassroots alliance of working-class activists, farmers, and more radical young people have been quietly gathering momentum ever since the beginning of the year. While Future Forward has coasted to success on charm and charisma, Samanchorn has been organizing and building support in the shadows of Thai politics.

Far from the capital they’ve taken roots in Phue Thai strongholds of Khon Kaen and Loei, where they’ve been instrumental in organizing local people to protest local issues, particularly related to environmental, land, and workers rights, as well as with ethnic minority groups in the further reaches of the country in areas of Chiang Rai and Phayao. Their leader Lertsak (Lert) Kumkongsak, lacks the charming polish of Thanathorn, a vowed environmentalist; he refuses to wear a suit and comply with the consensus of the Bangkok elite. Their message, ideology, and aesthetics are far closer to that of a Sanders or Corbyn than Thanathorn and FFP ever will be.

They’ve also found support in student communities outside the capital, particularly in the cities of Khon Kaen, Chiang Mai and Lampang, with engaged more radical young people. “Anti-capitalism is becoming increasingly trendy, you see a lot of people interested in Slavoj Zizek,” Netiwit says. “The students in Khon Kaen speak a different language to those elsewhere in the country. They use older words, from Marxism, it’s very interesting to me”. 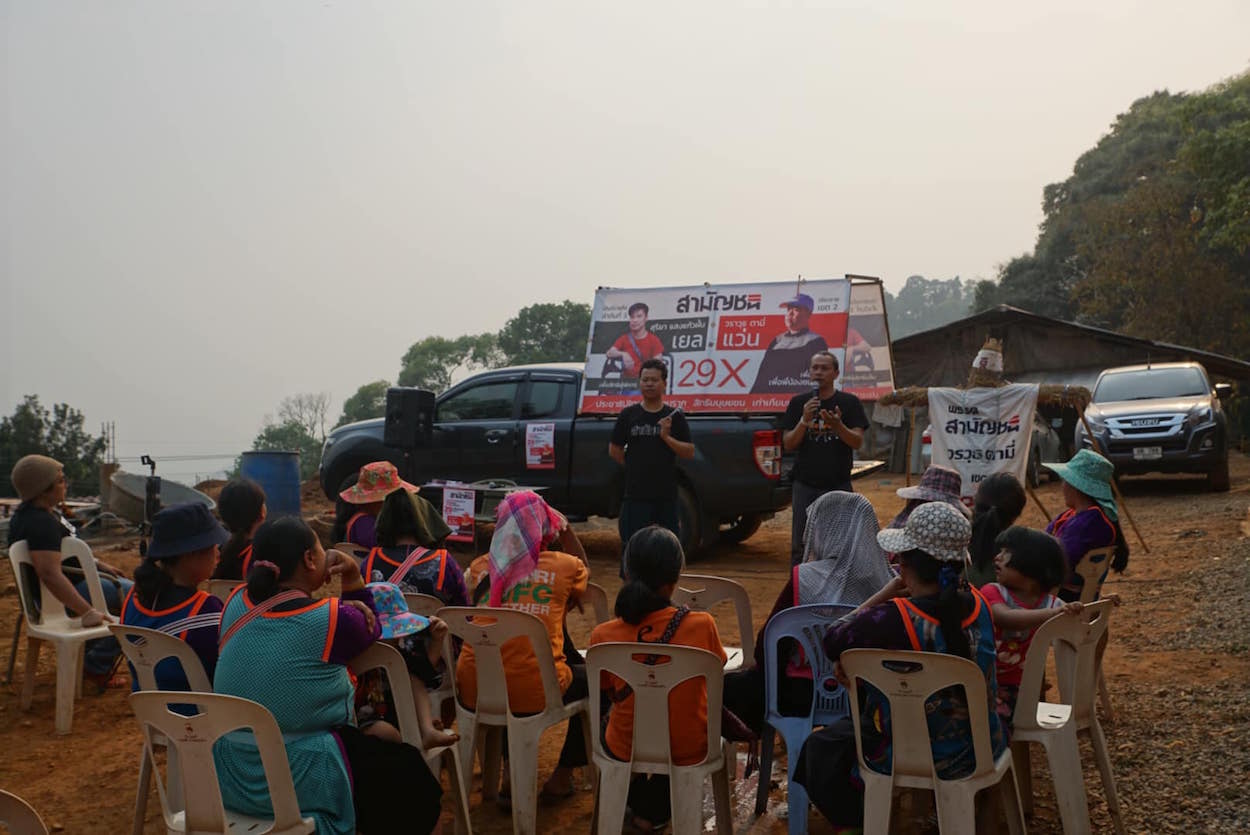 One young Chiang Mai activist told me that “Samanchon is more like an NGO than a party’’ and that is precisely what makes them such a prime candidate to pick up the torch of the Thai democracy movement. They are working slowly on creating a place and a structure for political expression, not just by posting online and signing petitions, but by taking part in real political action on the local level. This is what truly mobilizes and excites people.

The 2019 election itself was a complete wipeout for Samanchorn, who failed to gain a single seat, likely because they simply couldn’t afford to run candidates. But if Future Forward members do begin to drop off, Samanchorn is doubtless waiting to pick them up, along with their financial donations.

The future for Thai democracy has a myriad of possibilities, with so many variables to account for in the coming years following the fall out of the elections. There may be a resurgent Phue Thai, or a new face like Samanchon becoming well established in the fray. Just as likely is the possibility that the energy and momentum in this generation with dissipate into nothing. What’s important for the Thai democratic movement is to foresee potential failure and plan accordingly. Whether or not those plans are already underway is hard to say. What’s clear today is that the FFP has unearthed a powerful new constituency, one that is fresh, new and perhaps to their detriment, naïve enough to not look over the horizon.