HUNDREDS DEMONSTRATED in Taipei on November 9th to call for housing justice. The demonstration took place as the culmination of a weeklong camp-out in Taipei’s East District that began on November 2nd, organized by the Housing Right Reform Union. 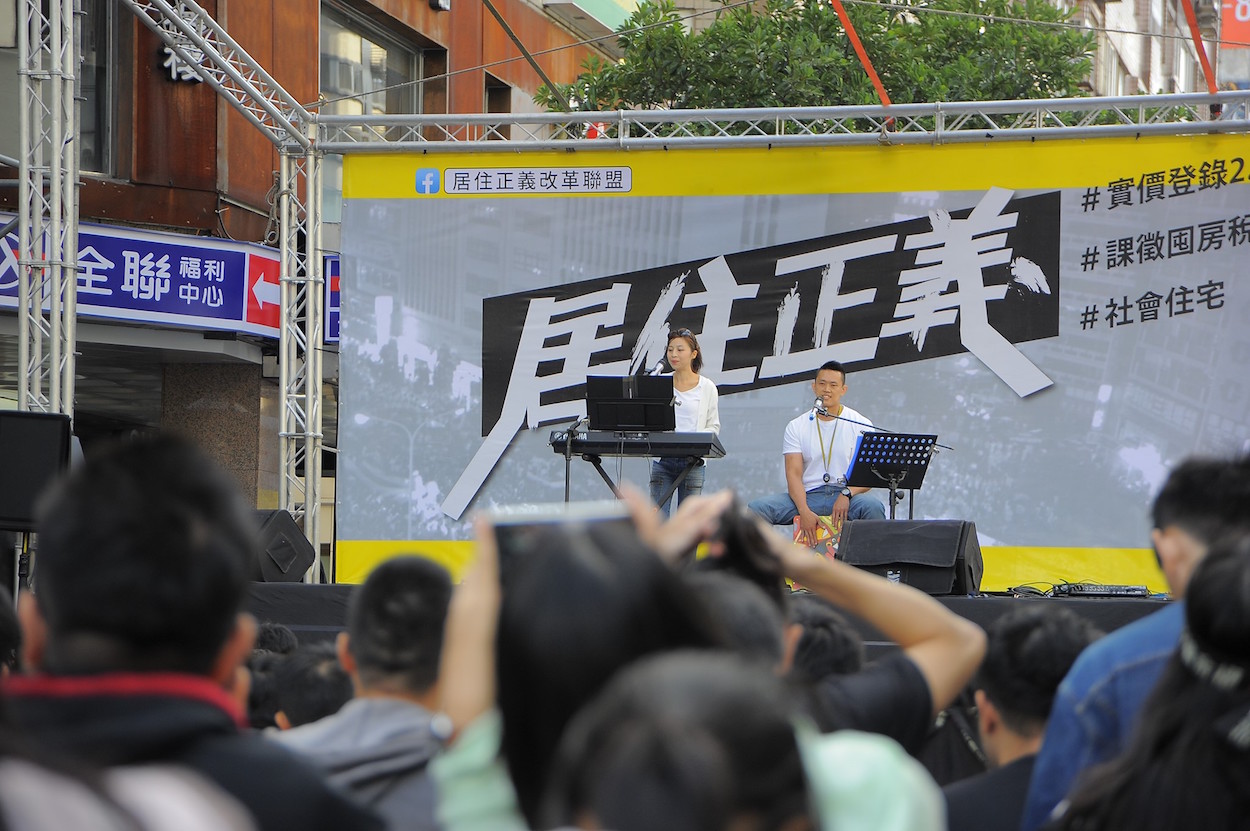 Participants in the demonstration called attention to that real estate prices in Taipei have been driven up by wealthy individuals who hoard multiple properties and development companies that profit through high real estate prices. As such, demonstrators called for the government to

ensure transparency in real estate pricing, to construct more public housing, and to tax individuals who sit on their properties.

Huang—the former chair of the NPP and one of the co-founders of the Housing Right Reform Union—was an especially prominent speaker, visiting the camp-out several times in the week prior to the November 9th demonstration. Other speakers included Taipei city government advisor Di Ben-qiao and former Taipei city Department of Social Welfare director Xu Li-min.

However, despite the bipartisan nature of the demonstration, the KMT was the target of criticisms by many of the demonstration’s speakers. In his comments, Huang lashed out at KMT legislators for skipping voting for measures aimed at instituting transparency in real estate prices in the Legislative Yuan. KMT presidential candidate Han Kuo-yu was also a target of criticism—coming under fire for a Taipei apartment owned by Han worth over 70 million NTD, and a Yunlin farmhouse large enough to have a basketball court—this despite Han claiming to be a political everyman.

The demonstration was held at the intersection of Zhongxiao East Road and Dunhua South Road, referencing the fact that the historic Snails Without Shells occupation began there 30 years ago. 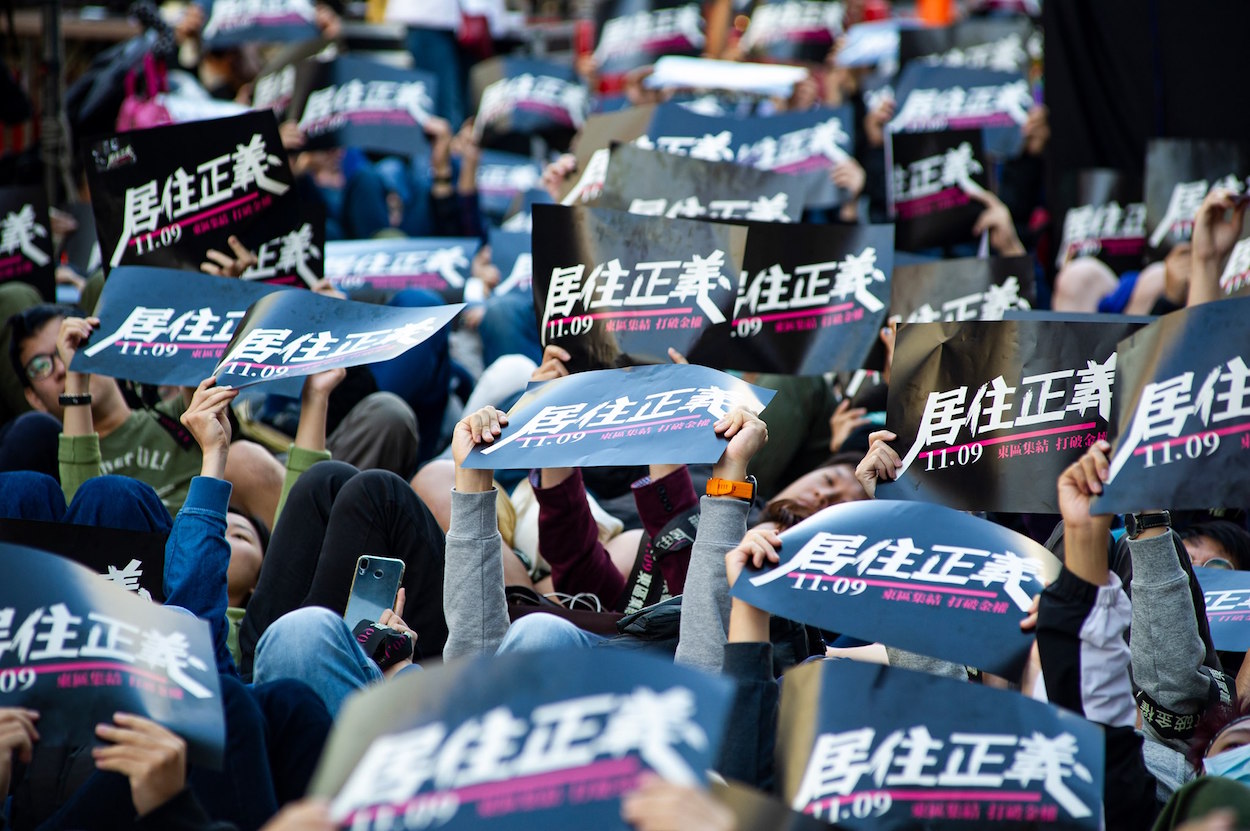 On August 26, 1989, an estimated 50,000 people staged a camp-out on section four of Zhongxiao East Road, the stretch of road in Taiwan with the highest real estate prices, in order to demonstrate against unaffordable housing. The demonstration was organized by the Houseless Persons’ Union, from which the Organization of Urban Reforms, which also participated in organizing the November 9th demonstration, later developed from. The Snails Without Shells camp-out was a major social movement in Taiwan one year prior to the Wild Lily student occupation of the Chiang Kai-Shek Memorial Square in March 1990.

The demonstration last week would not be the first time that protesters have attempted to recreate the Snails Without Shells occupation. In October 2014, some months after the end of the Sunflower Movement occupation of the Legislative Yuan in April 2014, 10,000 participated in a camp-out on Zhongxiao East Road that was dubbed as a second Snails Without Shells camp-out.

However, that there have been protests for housing justice in Taiwan for over thirty years points to how inflated real estate prices in Taiwan has been a long-term issue. As such, with continued lack of action by politicians over the course of thirty years, one wonders if this will change anytime soon.