Among those who are to be awarded compensation are former legislator Chou Ni-an, former Fu Jen Catholic University student union president Tao Han, and the heirs of Zhou Rong-zong, an elderly man in his seventies who tried to block a water cannon truck with his body during the incident. Zhou passed away in March 2015, at the age of 76. It is thought that Zhou might have died from complications regarding internal bleeding suffered after being fired upon by police with a water cannon.

Violence during the Sunflower Movement peaked during the Executive Yuan, with the mobilization of large numbers of riot police from across the country and the employment of water cannons against demonstrators. The Executive Yuan incident marked the first time since martial law that high-power water cannons were fired against demonstrators. Much video footage exists of police officers aggressively attacking civilians. Police are also alleged to have covered up their ID numbers to avoid identification.

A total of 34 lawsuits were filed against the police for their actions during the Executive Yuan incident, with the accusation that police violence was disproportionate, and with demonstrators seeking compensation for not only physical but mental injuries. Demonstrators were represented by a group of volunteer lawyers, seeking more than 10 million NTD in compensation. Five of the 34 plaintiffs later withdrew their lawsuits.

The issue of the legal charges which continue to be faced by Sunflower Movement demonstrators is deeply connected to the issue of medical compensation for injuries suffered during the Sunflower Movement. Charges were dropped against the core figures of the Legislative Yuan occupation in 2017, with the ruling that their actions were justified civil disobedience. This ruling was upheld in 2018 after an appeal.

The outside of the Legislative Yuan on March 24, 2014. Photo credit: 中岑 范姜/WikiCommons/CC

As raised by some of the early commentary regarding the compensation ruling, the ruling raises comparisons to Hong Kong regarding the extreme level of police violence against demonstrators involved in the protests which have rocked Hong Kong for the past four months. The volunteer lawyers involved in the compensation case stated that the ruling serves as a reminder of the existence of violence perpetrated by the state.

That being said, it is also not surprising that the Taipei City Police would seek to appeal the ruling. For one, there are questions of responsibility, seeing as the clearance operation for the Executive Yuan was ordered by then-Premier Jiang Yi-huah and overseen by the National Police Agency, not the Taipei City Police. However, Taipei City Police also argue that they would have been in dereliction of their duty had they not acted.

Members of the KMT, which was in power at the time of the Sunflower Movement and whose attempts to circumvent legal oversight measures to pass the CSSTA trade agreement with China sparked the movement, claim that the ruling is the result of political pressure by the DPP. KMT politicians including legislator Lai Shyh-bao and deputy secretary-general Arthur Chen have denied that police violence took place that night altogether.

It proves a further question as to how the Taipei city government will handle the case. Taipei mayor Ko Wen-je said that he would consider the question after receiving the ruling, though the Taipei City Police has resolved to appeal the case.

Seeing as Ko was elected on a wave of popular support from youth activists after the Sunflower Movement, at a previous point in time, one would have expected Ko to side with Sunflower Movement demonstrators. However, Ko has since politically reoriented to become increasingly close with the pan-Blue camp and conducted controversial cross-strait exchanges with China. 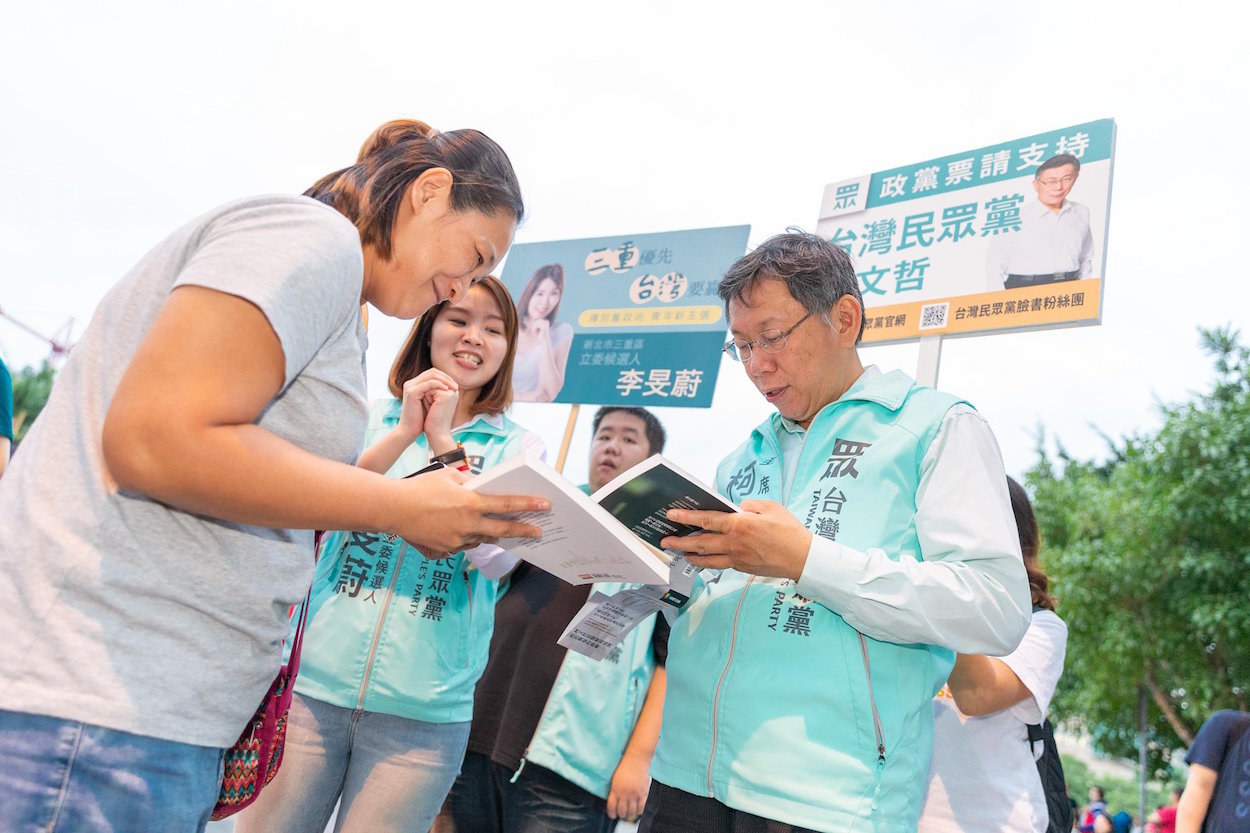 Many Sunflower Movement activists have been publicly critical of Ko for this. Ko seems to have a particular grudge against Sunflower Movement student leader Lin Fei-fan—now the deputy secretary-general of the DPP—for publicly criticizing him in an English-language article written for The Diplomat. Likewise, despite continuing to claim to be politically non-partisan, Ko has sought to politically align himself with former KMT majority speaker Wang Jinpyng, as well as FoxConn CEO Terry Gou. Wang was the majority speaker of the Legislative Yuan during the Sunflower Movement and Gou tried to intercede with the students during the movement on behalf of the pan-Blue camp but was rebuffed.

At the same time, many supporters of Ko are young people, and Ko may fear alienating his support base if he allows for the compensation case to be overturned by appeal. What stance Ko takes on the case may be of great importance going forward.