ATTACKS AGAINST the Yilan Migrant Fishermen Union (YMFU) have intensified in the wake of the astonishing collapse of the Nanfang’ao Bridge earlier this month. The media firestorm sparked by the tragedy has shed penetrating light on the living conditions of migrant fishermen in Taiwan. Previous investigative accounts of the Taiwanese commercial fishing industry focused on human trafficking, physical abuse, and illegal, unreported, and unregulated (IUU) fishing in Taiwan’s enormous distant water fleet, but news coverage of the Nanfang’ao Bridge collapse has brought critical light onshore.

There is growing awareness that exploitation and abuse are not anomalous cases, but that the guest worker program is, by its very nature, predicated on systematic violence and human indignities. Reports have highlighted migrant fishermen’s lack of access to onshore housing and labor insurance in addition to the denial of political, social, and economic rights and freedoms through the legal architecture of the guest worker program. Whereas previously the target of criticisms had generally been pathologically unstable boat captains or the “lawlessness” of the high seas, there has been greater attention to socio-political institutions, relations, and practices.

The shift in focus has exposed the role of the Taiwanese state and capital in devaluing and disciplining migrant workers from Southeast Asia. The guest worker program restricts migrants, primarily from Indonesia, the Philippines, Vietnam, and Thailand, to jobs in manufacturing, construction, domestic care work, and agriculture/fishing. The state imposes strict conditions on labor market mobility and excludes most migrant workers from labor law protections and welfare benefits. “Guest workers” can be deported at any time at the whim of employers and labor brokers, have limited residency rights, and must leave Taiwan after twelve years (domestic care workers are permitted to stay for fourteen years). The state allows labor broker agencies to extort huge sums from the pockets of migrant workers. Recent scandals involving Indonesian students enrolled at Taiwanese universities forced to work for low wages as part of their “education” have underscored the predatory nature of government programs recruiting people in Southeast Asia for the benefit of profit-oriented institutions.

Decades of organizing efforts have made the sharpened public focus possible. Migrant workers, activists, and civil society organizations have worked tirelessly to combat injustice and inequality and develop political consciousness. The YMFU is just one of these organizations. In 2011, the Taiwanese government enacted a series of labor law reforms, including a provision to the Labor Union Law that removed restrictions on migrant workers from serving as union officials. Consistent with the Taiwanese state’s goal of importing cheap and vulnerable labor, the legal reforms allowing migrant workers to defend, strengthen, and expand their rights through collective organizations came only two decades after the first migrants entered Taiwan through the formal guest worker program in the early 1990s. The YMFU became the first union composed entirely of migrant workers in Taiwan in 2013, followed soon after by the National Home-Based Workers’ Union in 2017.

The emergence of these worker-based organizations has amplified pressure on the Taiwanese state and capital. While migrant worker advocacy organizations generally rely on a small group of dedicated, thinly-stretched staff and volunteers, the YMFU and NHWU are vehicles for collective labor power exercised by migrant workers themselves. Just months after the establishment of the YMFU, Indonesian migrant fishermen successfully mobilized to end the employer practice of charging boarding fees for accommodations on fishing vessels. Both the YMFU and NHWU are actively campaigning to abolish the system of private labor brokers that fleece migrant workers of large sums of money through arbitrary deductions. Despite the significant risks involved, including deportation, loss of income, and verbal and physical abuse, migrant workers have slowly but steadily been building collective labor power.

In 2015, the YMFU played a critical role in exposing the brutal nature of capital-labor relations in the Taiwanese seafood industry through the notorious case of Supriyanto, an Indonesian migrant fisherman whose body was dumped into the ocean after dying from repeated physical abuse. YMFU Secretary-General Allison Lee, who has served in that position since the establishment of the YMFU, is a fierce advocate who has traveled abroad multiple times to visit with families of missing and deceased migrant fishermen and gain a better understanding of the guest worker program. In 2017, Secretary-General Lee received the “Hero Acting to End Modern Slavery Award” from the US State Department.

The YMFU has made enemies among employers, labor brokers, the Taiwanese state, and government representatives from labor-sending countries for its fearless advocacy for the rights of migrant fishermen. Ruling class interests have therefore sought to sideline the YMFU as a consequence of its growing strength. Despite the mounting evidence of pervasive human rights violations in the Taiwanese commercial fishing industry compiled by the YMFU, the union has been excluded from Legislative Yuan meetings tasked with preparing reports concerning human trafficking in Taiwan. Instead of migrant fishermen with intimate experience of exploitation and abuse, the government invited academics to pontificate on the issue. Meanwhile, the Ministry of Labor (MoL) invited neither the YMFU nor the NHWU to a meeting concerning a highly controversial structure of payments proposed by migrant labor brokers.

Government representatives from labor-sending countries have similarly shunted the YMFU. In the aftermath of the Nanfang’ao Bridge collapse, representatives from the Manila Economic and Cultural Office (MECO) and the Indonesian Economic and Trade Office to Taipei (TETO) studiously prevented the YMFU and the Legal Aid Foundation (財團法人法律扶助基金會) from discussing the possibility of legal representation with the families of deceased and injured migrant fishermen. Representatives from the Indonesian government have also reportedly cautioned family members of deceased migrant fishermen against working with the YMFU. Such behavior is consistent with critical research findings suggesting that labor-sending governments have little interest in supporting collective organizing efforts.

Secretary-General Lee is currently being sued by a labor broker agency for slander in a case that she is expected to win, but nevertheless comes with costs in time, energy, and mental and emotional strength. According to Lee, there has been a noticeable uptick in personal attacks since 2017. She recalls walking into a Legislative Yuan meeting and being greeted sardonically by representatives of local Fishermen’s Associations as the “Fourth Mazu,” the powerful and benevolent goddess of the sea. When asked about life in Nanfang’ao, Ms. Lee replies with a mischievous grin that she “isn’t very popular” here.

Perhaps the greatest testament to the growing strength of migrant labor unions is the extent to which they have come under assault by the ruling class. The latter have been opportunistically manipulating the tragedy of the Nanfang’ao Bridge collapse in an attempt to discredit and dismantle the YMFU. The bottomless cruelty of those standing on the side of power has been on full display in these attacks. In addition to racist, misogynist, and classist comments posted online, there have been concerted efforts to undermine the YMFU by whatever means necessary.

A group of fishing interests demanded an apology from Secretary-General Lee for vehemently denouncing boat owners for doing nothing to change the deplorable living conditions of migrant fishermen. In the meantime, the leadership of the Su’ao District Fishermen’s Association threatened to sue a Taiwanese graduate student for slander for publishing an online article accusing a boat owner of ill-treatment of an injured migrant fisherman. None are spared the wrath of the ruling elite as it lashes out to silence all criticism.

More troubling still, the predatory class has ruthlessly singled out Wardino, the president of the YMFU, for retribution. On October 17th, members of the Su’ao District Fishermen’s Association demanded that Wardino encourage fellow Indonesian migrant fishermen to protest the trade union the following day. Those unwilling to protest the YMFU would be denied bonus pay. Although the protest failed to materialize, the leadership of the Su’ao District Fishermen’s Association continued to harass the union president the next day. These actions violate the provisions of Article 35 of the Labor Union Law, which protects workers from unfair treatment related to union activity, and labor unions against improper influence from employers.

Wardino agreed to resign during this visit. The Director of the Labor Affairs Department of Yilan County immediately directed staff to maintain contact with the president of the YMFU and assist with his resignation, including an offer to provide translation services. Then, on October 21st, 2019, Chairman Cai Yuanlong of the Su’ao District Fisherman’s Association invited Wardino to his office. A recording posted to Chairman Cai’s Facebook account shows Wardino seated at a table with Chairman Cai and an interpreter, declaring his resignation from the union.

The YMFU subsequently filed a request with the Control Yuan to initiate an investigation into the conduct of local labor department officials. In response, the leadership of the Su’ao District Fishermen’s Association, including Chairman Cai and Chairman Wu Fengyu of the Fishermen’s Rights Association, led a group of approximately one hundred people to the Yilan District Prosecutor’s office to sue Secretary-General Lee for defamation related to comments made in the aftermath of the Nanfang’ao Bridge collapse. Before traveling to the prosecutor’s office, Chairman Cai appeared at a press conference with the former president of the YMFU. Under duress, Wardino repeated that his resignation from the union was voluntary and stated that his boss was good to him, treating him “like his own child.” 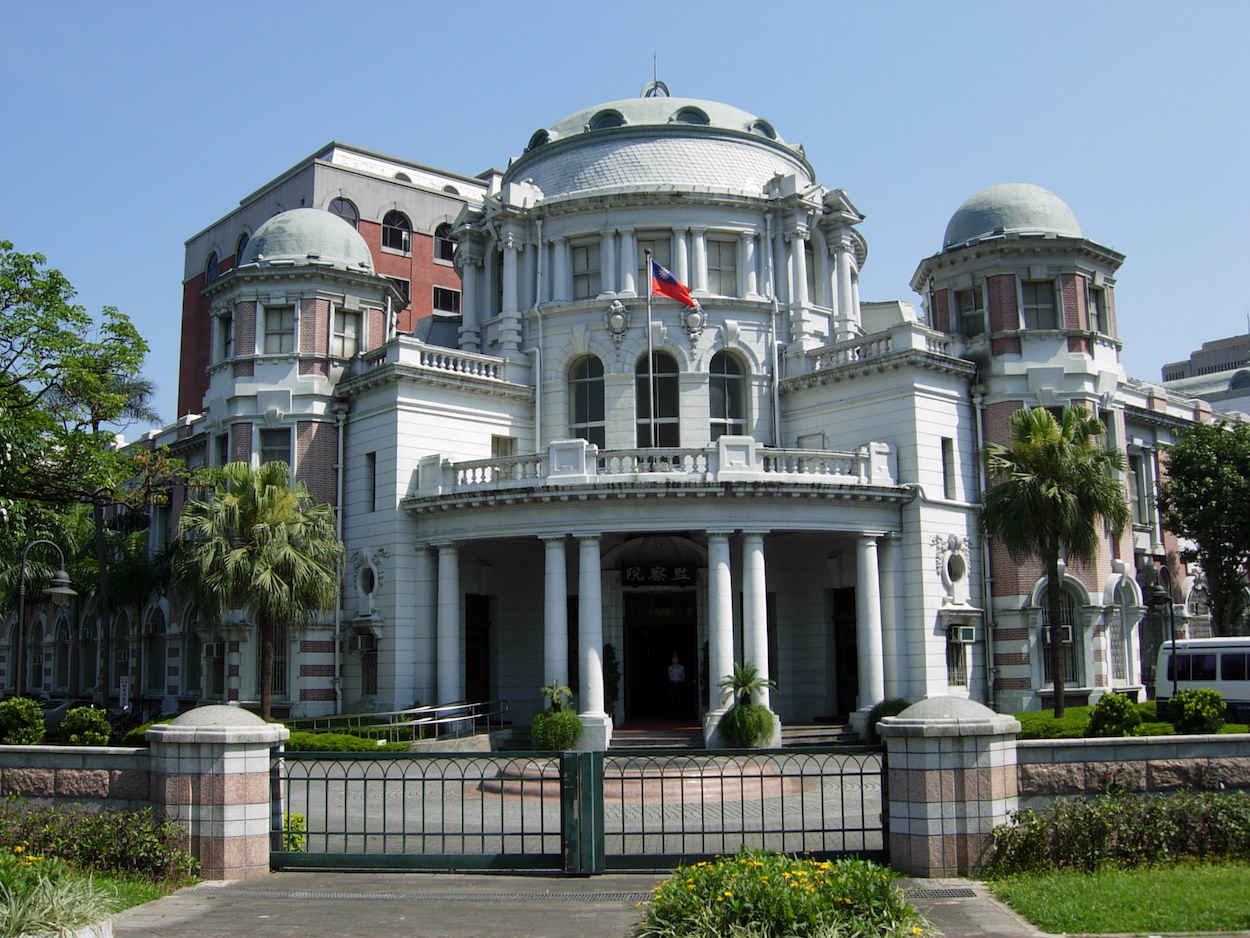 The merciless treatment of the president of the YMFU can be seen as a show of force exercised by members of the ruling class in Nanfang’ao. Coerced into resigning his position, filmed during an interrogation at the Su’ao District Fishermen’s Association, and paraded around a press conference, Wardino has been cornered into making a choice between submitting to the conditions imposed by the power brokers in Nanfang’ao, and drawing their bottomless ire. For migrant fishermen whose ability to remain in the country legally is dependent on employment and sponsorship with a labor broker, the risks of being blacklisted are tremendous. Indeed, some have suggested that the best way to fight the union is simply to “not use” union members, a process that could possibly result in their deportation, or refuse to re-hire migrant fishermen currently employed in Nanfang’ao as a form of collective punishment. There is no blame, then, for the former president’s decision to formally forsake the union.

Although it is unclear whether the Ministry of Labor (MoL) will launch an investigation into unfair labor practices engaged in by members of the Su’ao District Fishermen’s Association, the Control Yuan has already begun the process of investigating the Labor Affairs Department of Yilan County’s appalling betrayal of its mandate. Opening an investigation would simply add to a long list of accusations of improper conduct leveled against the leadership of the Su’ao District Fishermen’s Association. Indeed, Chairman Cai was fined NTD$2.19 million in 2016 for violating the provisions of the Fair Trade Act for colluding to manipulate labor brokerage fees. In addition to his role as chairman of the Su’ao District Fishermen’s Association, Cai also owns a labor brokerage firm and is involved in the fish processing and tourism industries as well.

It remains to be seen whether Gandhi’s axiom that, “First they ignore you, then they laugh at you, then they fight you, then you win,” holds true for migrant fishermen employed through a vicious guest worker program and separated in time and distance from loved ones. It is clear, however, that the YMFU is enduring a frontal assault by agents of the Taiwanese state and capital. While the outcome has yet to be written, the struggle will surely shape the political terrain of migrant labor in Taiwan in profound ways.