A FACEBOOK GROUP “南方澳反霸凌~~溫暖小漁村、有世界的愛~~Nanfangao, a small village but full of love,” emerged in the days after the collapse of the Nanfang’ao cross-harbor bridge in early October. The purpose of the group, missing from its English title, was to “oppose the bullying” of Nanfang’ao. According to the group description, the intent was to “clear up biased and unfounded news reports [concerning the situation of migrant fishermen in Nanfang’ao].” The group attracted over 1,000 members before being deleted recently. Before the group vanished, administrators posted a list of ten “lessons learned” from the discussion. Among these were the need for the Su’ao Fishermen’s Association to “take the lead” in continuing the struggle, and a separate item praising the valuable contributions of Chairman Cai Yuanlong. The politics of discourse within the group sheds light on the terrain of migrant labor organizing in Taiwan. 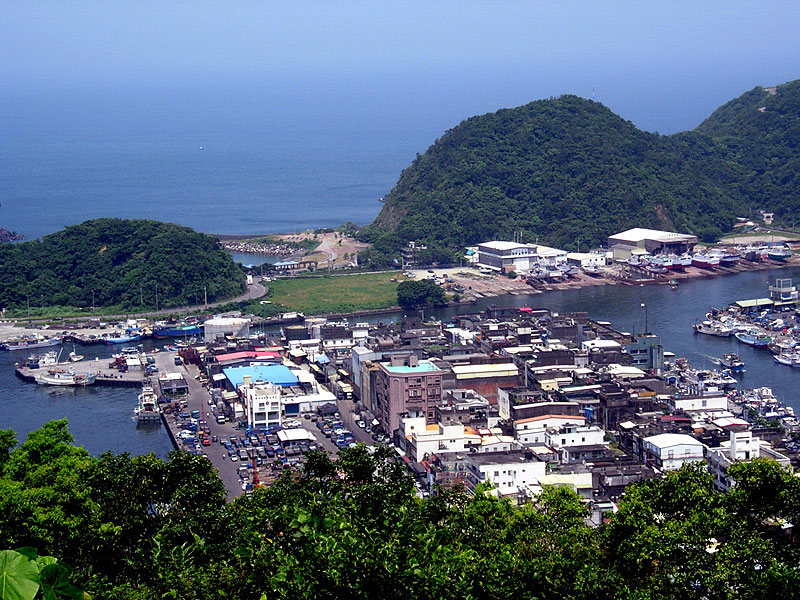 In addition to injuring at least twenty people, six Indonesian and Filipino migrant fishermen died when the Nanfang’ao Bridge crushed the boats where they were resting. Reporters latched onto the housing situation of migrant fishermen in Nanfang’ao in the days and weeks following the collapse, as information spread that the migrant fishermen were off the clock at the time of their deaths. The heartbreaking screenshot of one migrant fisherman lying down while on a video call with his young children just moments before his death underscored the blurring of home and worksite. Some media outlets consequently displayed shocking images of cramped and squalid living quarters on fishing boats accompanied by reports describing how boat owners systematically prohibit migrant fishermen from accessing onshore housing. A headline in the Apple Daily described conditions aboard a “Fishing Boat from Hell,” where migrant fishermen slept in “coffin beds” and were forced to shower on deck.

Indefensible living conditions are a serious issue in the Taiwanese commercial fishing industry in general. The most pressing housing issue for migrant fishermen in Nanfang’ao, however, is the lack of onshore housing rather than cramped and dirty living space. Migrant fishermen have relatively open access to public spaces, including religious houses, coin-operated laundromats, corner stores, and restaurants catering to Southeast Asian residents. In fact, a handful of migrant fishermen, while undeniably constituting a minority of the workforce, pool their resources to rent housing in Nanfang’ao with little complaint from boat owners. In focusing nearly exclusively on the authority of boat owners, however, this news coverage downplayed the fact that it is the lack of financial means stemming from abysmally low wages and extortionate deductions by labor brokers that most directly deny migrant fishermen access to on-shore housing. Some news coverage, moreover, suggested that boat owners deny migrant fishermen the right to go ashore (上岸) entirely.

The “Nanfangao, a small village but full of love” Facebook group emerged as a response to the use of appalling images of living conditions aboard fishing vessels splashed across news sites, and the confusion regarding freedom of movement for migrant fishermen in Nanfang’ao. Much of the content posted to the group focused on dispelling the narratives of these purportedly unbalanced reports. A recurring theme in the group was that media coverage should not take particular cases for generalized conditions. But in choosing to post photos of smiling migrant fishermen, stories of boat owners treating migrant fishermen to sumptuous dinners, and examples of the generosity of employers, commenters fell into the same trap of selective representations of the social relations of production in the Taiwanese commercial fishing industry. In doing so, these depictions ignore the structural exploitation and violence of the guest worker program in Taiwan. Moreover, the tone of much of this commentary drew from infantilizing and patronizing discourse constructing boat owners as benevolent caretakers of racialized migrant fishermen.

Attacks against the Yilan Migrant Fishermen Union (YMFU) and the vilification of Secretary-General Allison Lee were an altogether more disconcerting thread within the Facebook group. According to a common narrative, “Ms. Lee” (李小姐) is an outside agitator seeking to instigate conflict between boat owners and migrant workers for personal gain, thereby threatening the peace and harmony of a “simple fishing village.” Such portrayals of union organizing and the whitewashing of power hierarchies are a familiar trope wielded by apologists of racial capitalism. Some of the more vicious attacks were characterized by gross misogyny, and include doxing the Secretary-General and hints of more aggressive methods of “taking care of” the problem. Sentiments such as these were fortunately rare among commenters.

Significantly, however, attempts to humiliate the YMFU’s Secretary-General derived from a more widespread sense of a mortal crisis threatening the fishing industry in Nanfang’ao. Commentators urged Nanfang’ao residents to join together in solidarity to defend their local way of life against this threat. No mention was made of the deleterious impact on the fishing industry of destructive environmental practices encouraged by competitive pressures stemming from the commodification of marine resources. Remarkably, one commenter raised the specter of Detroit–noting how the shuttering of automobile factories led to an “uninhabited ghost town” and the loss of lifetimes’ worth of assets–to argue that all Nanfang’ao residents should close ranks against the union’s “black-hearted” tactics. Working-class organizations claiming human dignity against the profit motive, according to this narrative, are the basis of the destruction of the community. As Malcolm X noted, “If you’re not careful, the newspapers will have you hating the people who are being oppressed, and loving the people who are doing the oppressing.” Commenters in the Facebook group characterized going on strike as a punishable form of labor activity, while others encouraged boat owners to prohibit migrant fishermen from joining the union, a flagrant violation of labor law.

These knee-jerk reactions are indicative of growing fear and uncertainty concerning the future among Nanfang’ao residents. It will be impossible to build a community where human dignity is respected without confronting this unfounded fear. As James Baldwin noted, “A civilization is not destroyed by wicked people; it is not necessary that people be wicked but only that they be spineless.” In this vein, the overwhelming confusion concerning the nature of the guest worker program and the commercial fishing industry is a troubling sign of either feeblemindedness or a lack of courage to speak truth to power. Instead of the commodification of marine resources, the exploitative system of labor brokerage, or the government’s support of marine capital at the expense of small-scale producers, the union and Secretary-General Lee came to stand as the target of public fury. 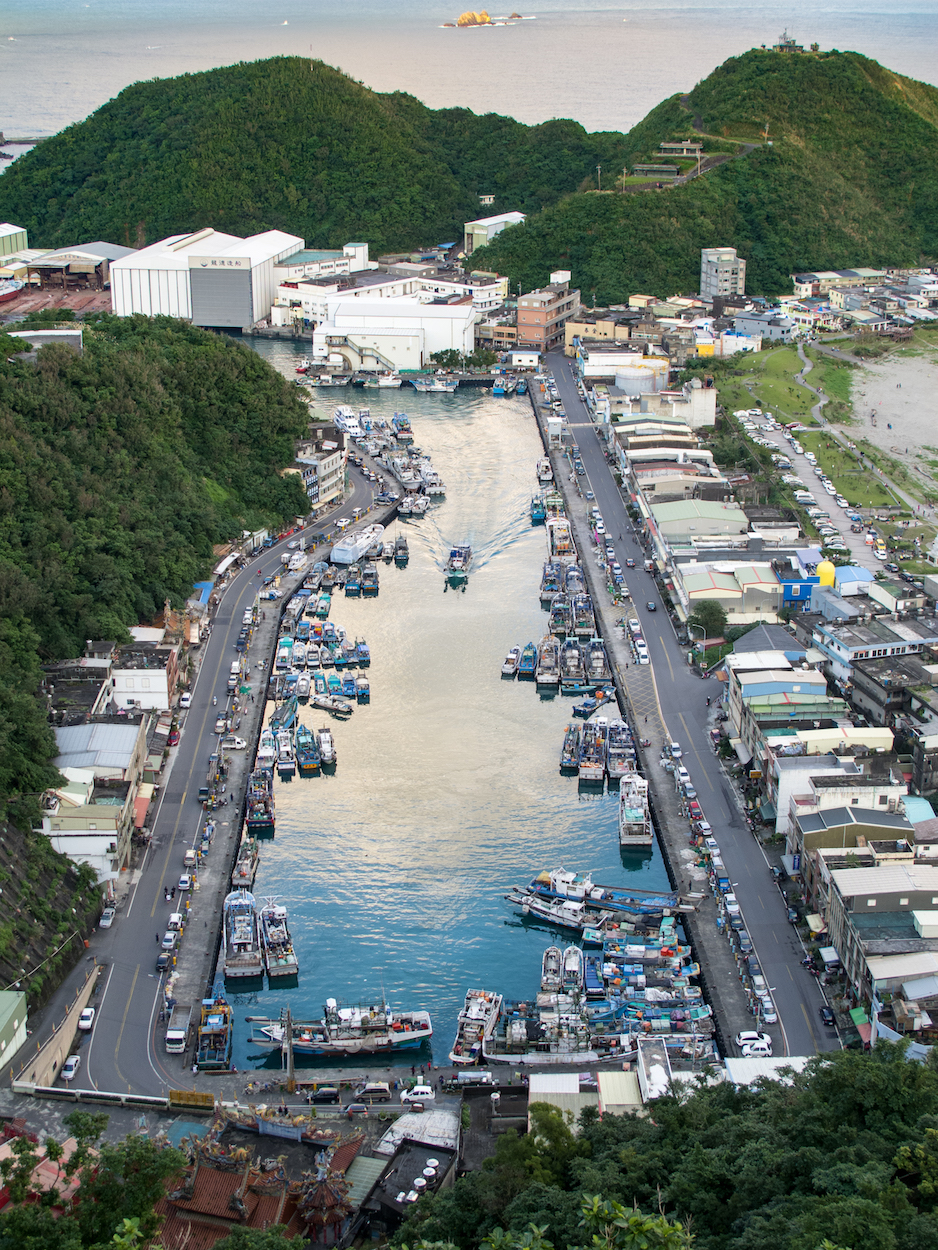 Nevertheless, there is still reason for cautious optimism. Despite urging solidarity against the YMFU, there was palpable tension between labor brokers and boat owners within the group. Exposing these contradictions and bringing to light the violence of racist, misogynist, and classist ideologies is a necessary step for combating the injustices of the guest worker program in Taiwan. Although the Facebook group has disappeared, the struggle will indeed continue.