AS PART OF an international week of actions taking place from September 20th to September 27th worldwide, Taipei’s iteration of the Global Climate Strike took place today in spite of rainy weather. Several hundred attended in the morning, but participants tapered off to sixty to eighty by the afternoon. 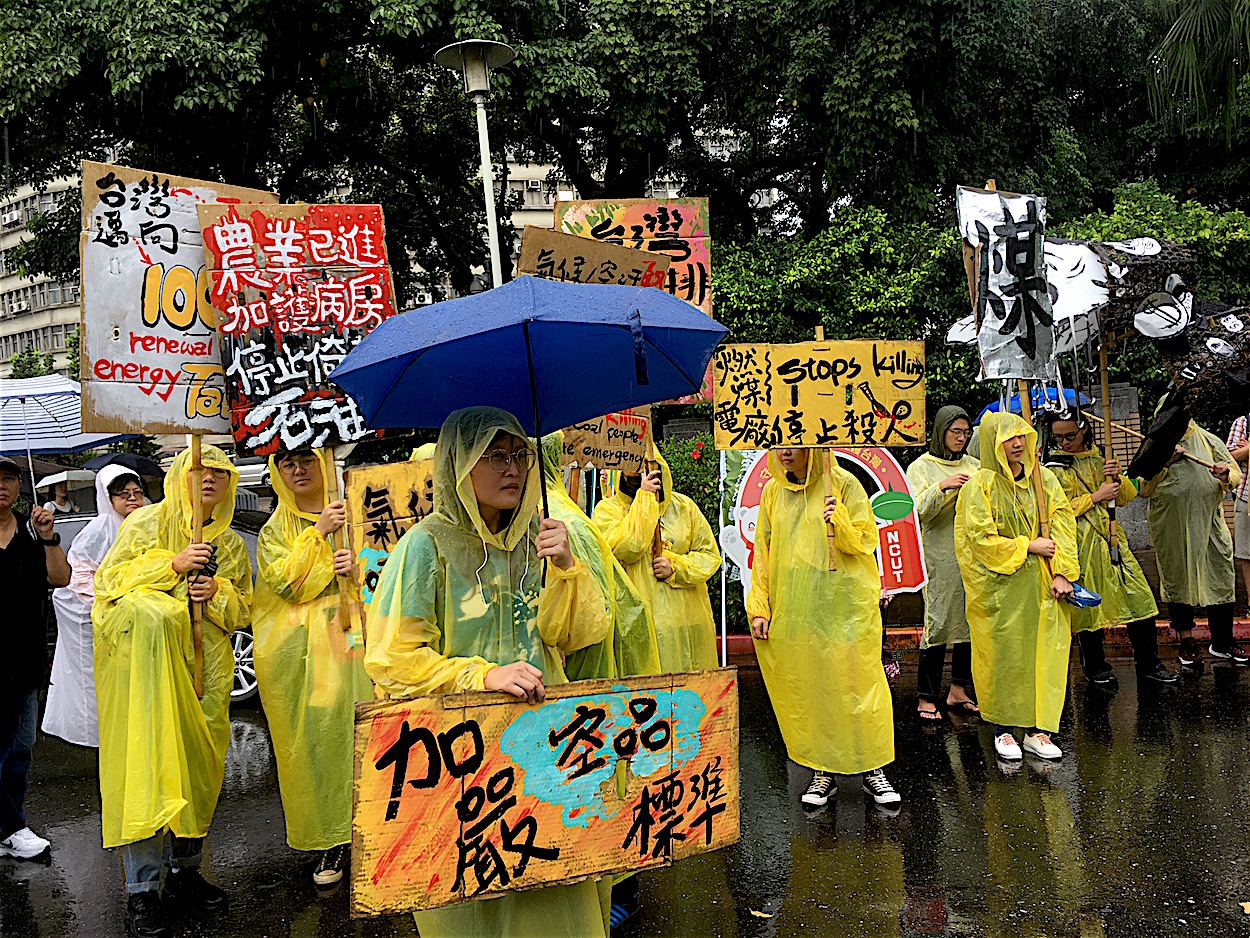 As with the preceding protests that have taken place as part of the Fridays for Future protests in Taipei, the demonstration was highly artistic. While Fridays for Future for protests have not been a regular event in Taiwan, a protest in May involved performers dressed in spandex costumes. These performers were billed as alien conservationists who had come to visit Taipei from the cosmos in order to promote environmentalism.

During the demonstration today, a group of performers dressed in white and covered with white paint walked zombie-like through the streets of Taipei, sometimes crying and screaming, as representing the victims of future environmental disasters. A large dinosaur puppet and a dragon puppet, resembling the dragon figure used in Chinese dragon dances, both represented the “monsters” of environmental destruction. Representatives of the Extinction Rebellion movement were also present, consisting mostly of expats living in Taiwan. 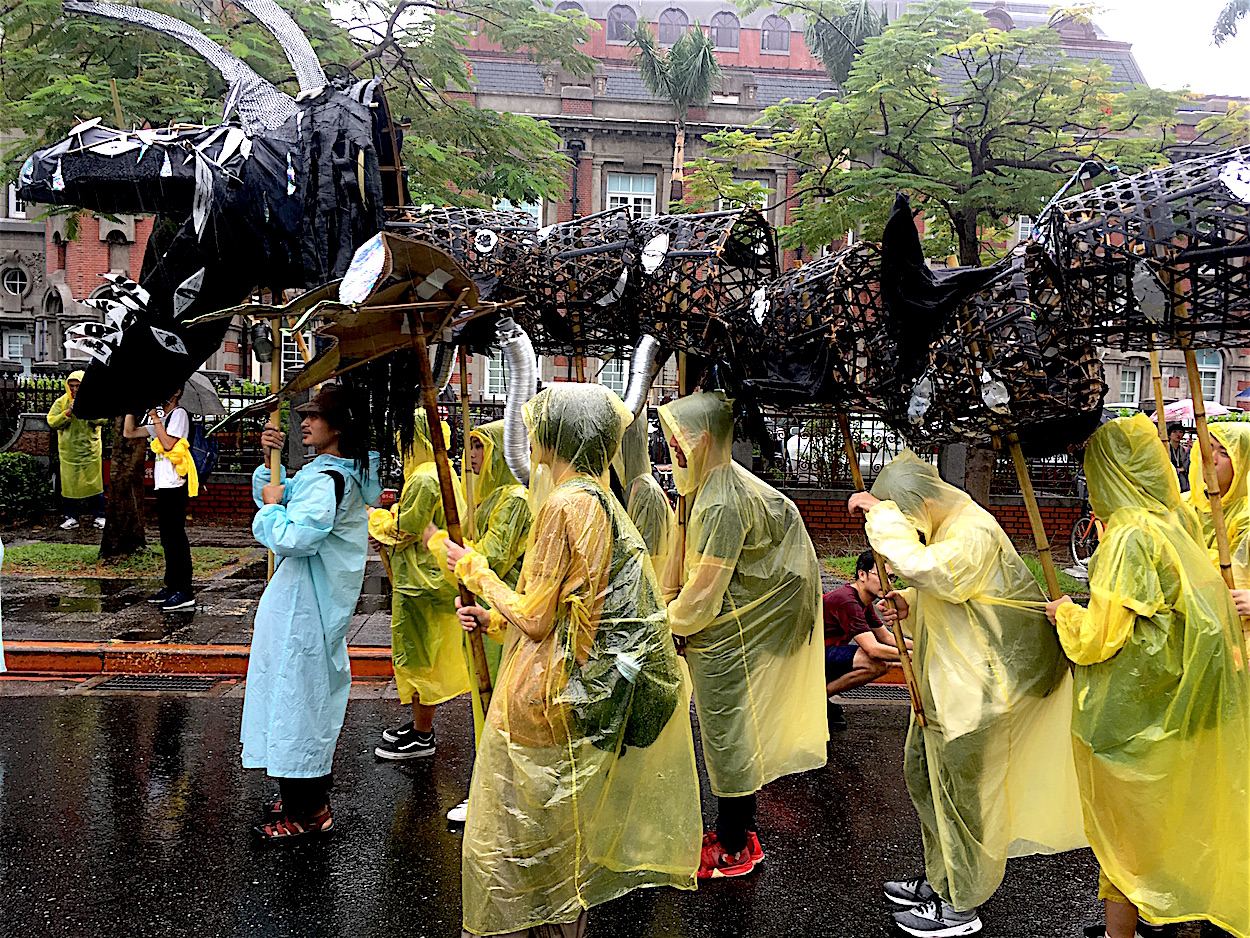 In speeches, organizers highlighted the protest as a youth-led event, seeing as the Fridays for the Future and Global Climate Strike has been youth-initiated, as originally called for by Greta Thunberg. Thunberg was fifteen when she first began environmental activism, calling attention to how young people have been deprived of their future by the environmental destruction caused by adults. Thunberg gave a speech to world leaders at the United Nations earlier this week.

Organizers pointed to the need for Taiwan to transition toward renewable energy, shifting away from fossil fuels, and suggested that Taiwan could set an example in “Asian values” by pushing for renewable energy.

To this extent, organizers cited that a healthy environment was a human right, as in the right to clean air and water, while also bringing up that political parties in Taiwan had not done enough to defend this right. Speakers also brought up how ideologies centered around endless economic growth were the main cause of environmental destruction worldwide, with the belief that the planet offers a limitless supply of resources for economic exploitation, leading to a failure to be attentive to the interdependence of humans and nature. 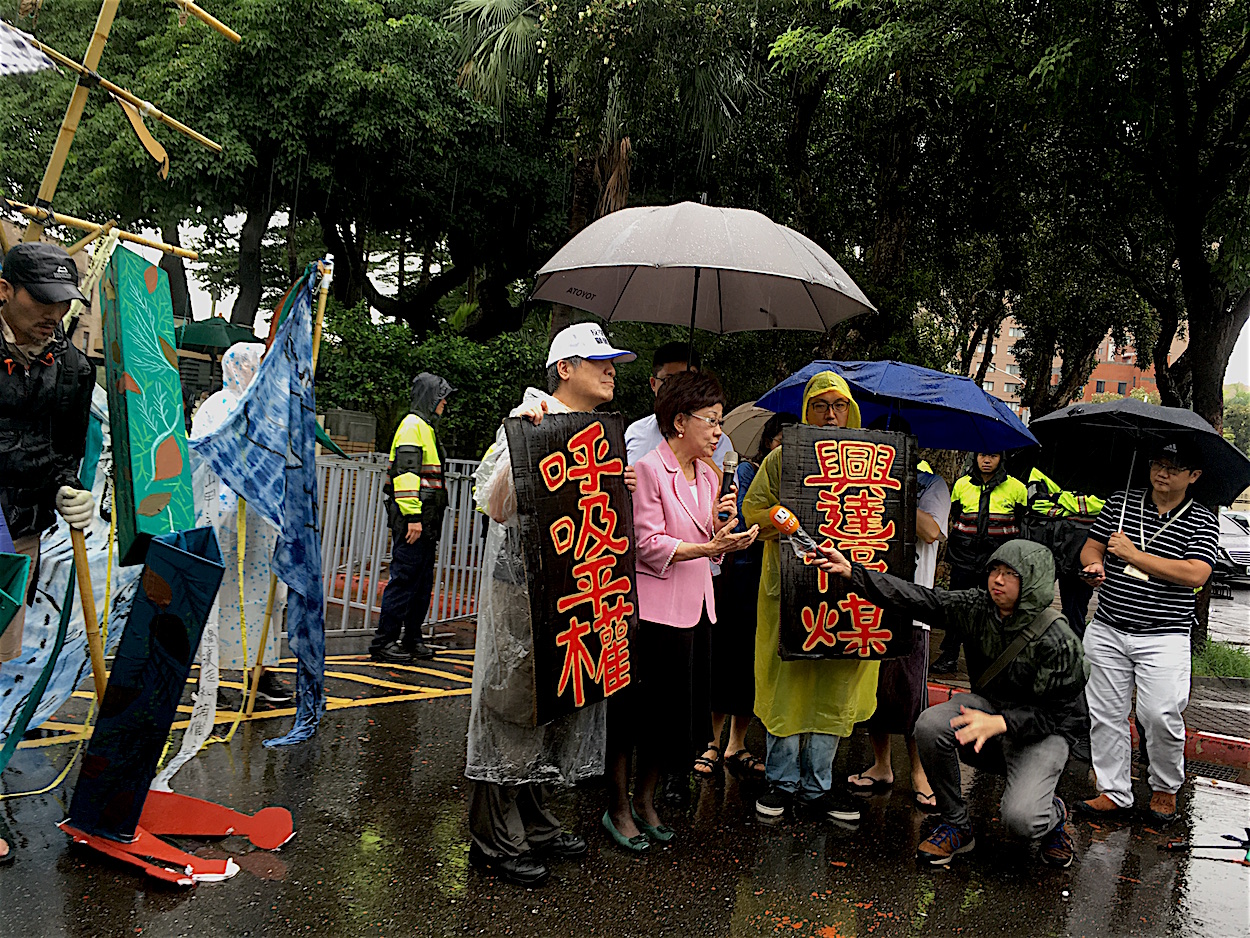 Presidential candidate Annette Lu was among those who made an appearance at the protest, as one of the few politicians that made an appearance there. Lu connected her past experience fighting for democracy to the present environmental movement, while also bringing up the historical relation of the environmental movement and the Taiwanese democracy movement.

However, organizers were quick to highlight that they were critical of all political parties and politicians in Taiwan in terms of their record, and shortly after Lu began speaking, the performers wearing white paint screamed and ran away into the rain. This was likely a deliberately timed action. Though Taiwanese politicians routinely make appearances at protests with the aim of garnering votes, Lu, in particular, is frequently accused of attempting to co-opt protests and attempting to turn them into a photo-op for herself.

In the meantime, it remains to be seen what will force politicians in Taiwan toward sound ecological policy in Taiwan. Growing issues regarding air pollution and the question of whether Taiwan should depend on fossil fuels, nuclear energy, or non-nuclear forms of renewable power are key issues in the upcoming set of elections in Taiwan, which will take place in January 2020. 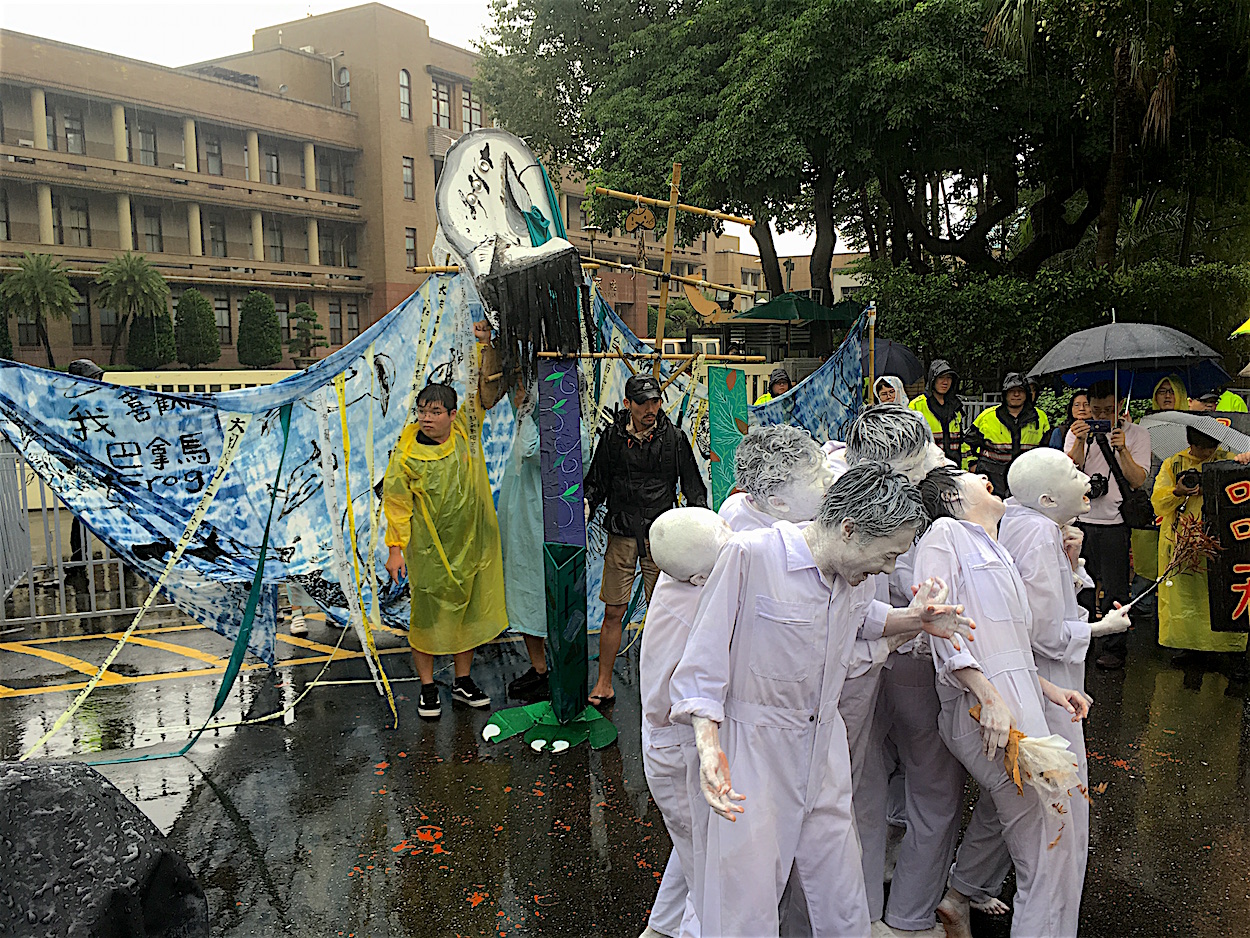 That being said, environmental discourse in Taiwan has primarily focused on these issues—without discussion of the potentially irreversible course of climate change and the threat to humanity’s continued existence that it poses. It may be that more efforts at raising awareness are needed.