A Ceasefire in the Midst of War

THIS MONTH, a ceasefire was declared in northern Shan State, Burma. [1] The announcement comes after months of bloody, intense fighting between the Burma government and rebel groups known as “The Northern Alliance” or “The Brotherhood Alliance”. While the ceasefire will only last one month, a rebel army brigadier told The Irrawaddy, “We will try to build trust [with the Burmese government] for one month as a trial period,” he said.

The announcement made little news internationally nor regionally, which should come as no surprise, as the war itself is chronically overlooked by the press—all the while as posts circulated on Burma-focused Twitter pages; of videos of villages on fire, captured soldiers interrogated at gunpoint, and dead civilians—their bodies strewn across local hospital clinic floors. This ceasefire is indeed only a tiny blip in the long and devastating history of the Burma conflict as it stretches into its sixth decade. 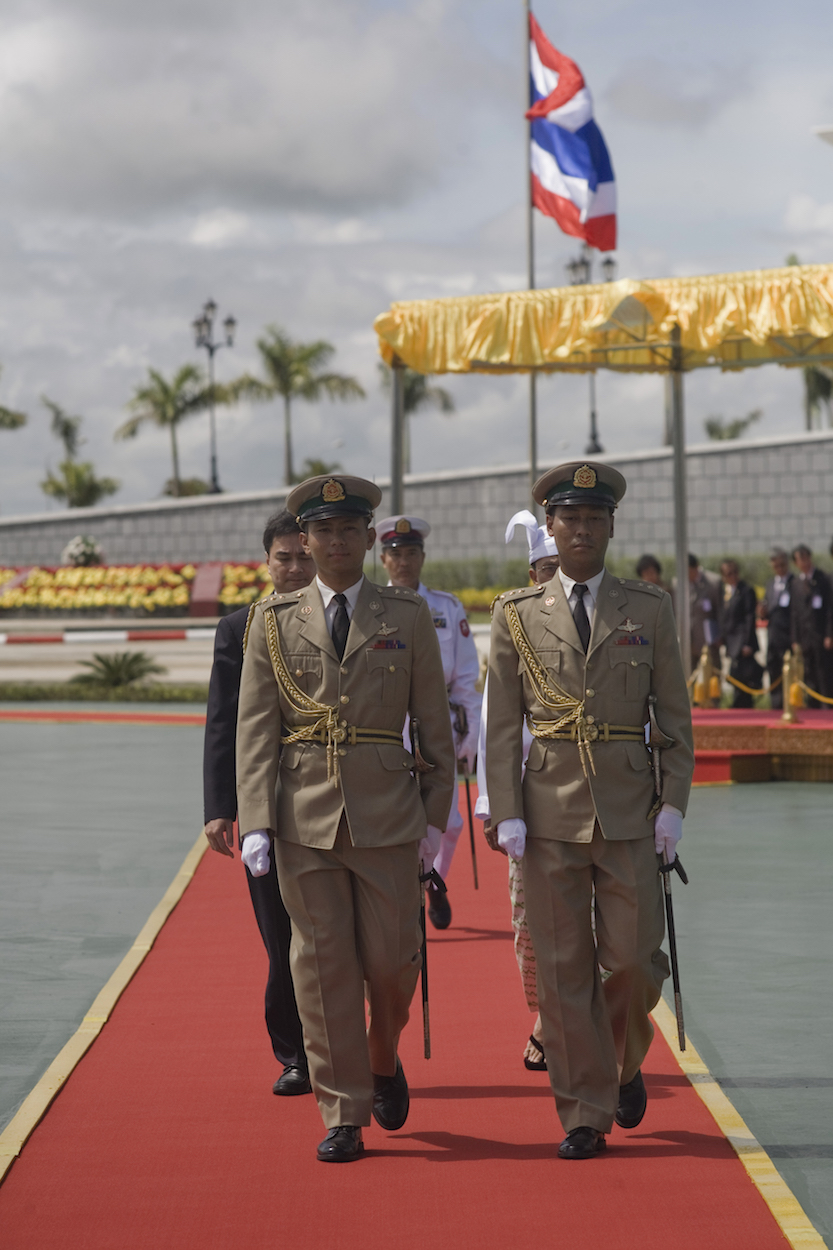 The ongoing civil war is almost impossibly complex, nuanced, and hard to understand. For a brief overview, it’s helpful to look at a conflict map, just to get a sense of all the many factions at play. Staggeringly, there are over twenty-four armed rebel groups, plus local militias, fighting the central government; many of them are ethnic-based, some maintain ceasefires, some don’t, yet either way, one way or another, these groups are grinding their way through one of the world’s longest-armed conflict almost entirely in the dark to the eyes of the international community.

The war itself is brutal and cruel and, as in all conflicts, it is civilians who bear the brunt. In this case, the vast majority are from ethnic minority groups nearby Burma’s international borders of Thailand, China, India, and Bangladesh. There are endless reports of human rights violations. Villagers are used for slave labor by soldiers, their homes burnt down, civilians are killed and rape used as a weapon of war. The overwhelming majority of these crimes are committed by the Tatmadaw, the Burmese National Army.

While there are some reports of abuses by the rebel armies, they strike as a more positive social force than the national regime, As I was preparing this article, speaking to one ethnic minority refugee friend from the east of Burma, he told me; “Our armies aren’t perfect—sure, some are corrupt—but they are saints compared to the Tatmadaw”. This is a sentiment you will hear countless times when speaking to civilian ethnic minorities from Burma. Another friend told me: “They protect us, if they weren’t there, it would just be genocide”.

To see proof of this, look no further than the west of the country, where the Rohingya Muslim minority has suffered from horrific ethnic cleansing over the past decade. With the United Nations calling for genocide charges against the Burmese Army, one element noticeable during this ethnic cleansing was the initial lack of an organized armed response from the Rohingya. There has since been the formation of a ramshackle Rohingya Salvation Army. However, unlike many of the other ethnic groups in the country, they went decades without an armed group to protect them. 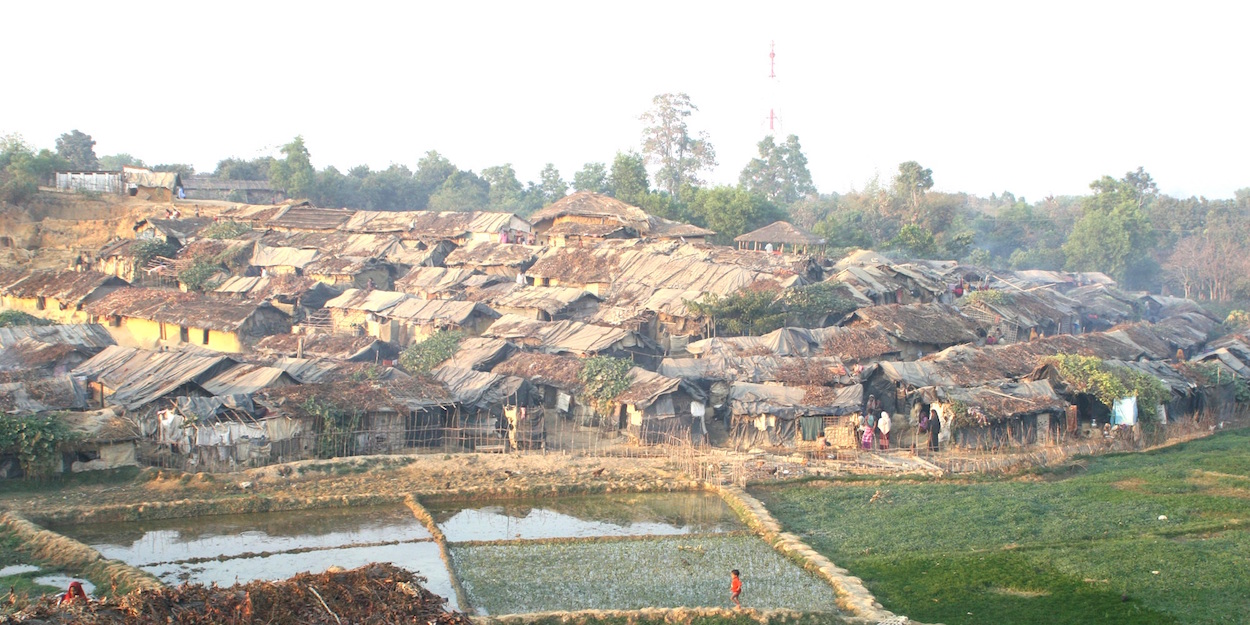 One question often posited by onlookers is “If there are so many rebel armies fighting the national government, why don’t they just unite in a large alliance and all attack at the same time?”. While it may seem to be a straightforward proposition, solidarity among rebel groups can be hard to come by. With so many different factions, there is also a multitude of different motivations and incentives, many of them contradictory. In short, what benefits some groups may not benefit others and, as such, the Burmese government has skillfully used diplomacy to exploit these differences and cause wedges in any kind of large-scale alliance.

There have, however, been recent signs that tides are beginning to shift. In the past few years, the Northern Alliance was formed with the support of four rebel groups in Northern Burma. The benefits of this tactical military alliance have been borne out in recent months, with The Northern Alliance achieving several important victories in battle, stretching the Burmese army’s ability to maintain it’s ongoing offensive in the west of the country. However, the recent ceasefire appears to be another successful diplomatic turn regarding the divide and conquer tactics of the Burma government, with only three of the four Northern Alliance signatories agreeing to the ceasefire, thus damaging the solidarity of the alliance.

In the northern Thai province of Mae Hong Son, just over the Burma border in an ethnic Karenni refugee camp, I sat down with leaders from the Karenni Army, we talked about the future of the conflict and the Karenni’s diplomatic position. What was made abundantly clear was their need for survival by any means. Like many other armed groups, the Karenni Army financially support their refugee communities, providing emergency supplies, food, water, and schooling, while trying to maintain their hand in the civil war. Oftentimes, this means concessions on the military front to help better provide for the refugees, living safely if precariously just over the other side of the border. This is a line carefully walked by almost all rebel groups.

In the schools, children are provided a basic education, with a healthy dose of nationalism—they’re taught their native ethnic language, which was previously forbidden in Burma, along with a focus on their people’s history and achievements. These children had grandparents who fought the Burmese and the same future awaits many of those who are just teenagers today. Unfortunately due to the civil war and Thailand’s strict rules regarding refugees, all too many of them will never leave the camp. I spoke to one 35-year old refugee who recently became a father. He told me “I’ve never left this camp, “I’m scared that my son will never be able to leave as well”.

As for the international community’s response to the conflict, it has been less than effective. Burma’s neighbor to the north, China, is mostly concerned with keeping refugees off its southern border and opening business opportunities for investment within the country. As such other than maintaining a hard border, their impact on the war is relatively minimal. The Chinese authorities do maintain communication with rebel groups operating along its border; however, their days of providing actual military training and support are long over.

After the election of Aung San Suu Kyi, it appeared that the Western international community wiped their hands clean of Burma, job done. But Suu Kyi has done nothing to stop the ongoing war and has become increasingly hostile towards any voices opposing it. As such, there has been a muted response to the ethnic cleansing, the most recent being a series of travel bans on military generals as punishment. Such a reaction is clearly inadequate, with far greater efforts needed to achieve anything close to an appropriate response. The lack of pressure is hardly surprising though, as news of the war seldom makes headlines internationally.

In the meantime, it’s hard to herald the latest ceasefire as particularly good news. While there is always the possibility it could be extended there is little likelihood it will last in actuality. The lives and struggles of those in the refugee camps will go on unaffected, while those on the frontlines will see a brief respite before the bloodshed inevitably flairs up again. This ceasefire will likely be yet another blip of peace, lost in the midst of what is a brutal, endless, and overlooked conflict.

[1] Shan state is generally split into 2 areas, north and south, the ceasefire is only for the northern areas.