Withdrawal of the Extradition Bill in Hong Kong Is Likely Too Little, Too Late to Put an End to Protests

HONG KONG CHIEF Executive Carrie Lam announced the withdrawal of the extradition bill earlier today in what appears to be a move aimed at placating protesters and deescalating the situation in Hong Kong. The bill, which sparked the demonstrations that have rocked Hong Kong across the last thirteen weeks, would have allowed Hong Kong citizens to be deported to face criminal charges in China, prompting widespread fears regarding the deterioration of Hong Kong’s political autonomy if Hong Kong citizens could be deported to face charges in China at any given time.

Lam previously announced that the bill had been suspended, but refused to fully withdraw the bill. As such, demonstrations continued in Hong Kong, with the view that the bill could be reintroduced in a later legislative session.

But with growing outrage regarding unchecked police violence against demonstrators, the demands of the movement more generally shifted toward broader demands for an independent inquiry into the police violence which has taken place to date during demonstrations, for charges to be dropped against protesters currently facing charges, and for genuine universal suffrage in Hong Kong.

That is, the primary five demands of the movement to date, referred to specifically as the “five demands” by demonstrators, are:

A popular protest chant is to shout “Five demands!” (五大訴求) with the response, “Not one less!” (缺一不可).

It is very probable that Lam’s withdrawal of the bill—if it does actually happen—comes too little, too late, seeing as Lam only agreed to withdraw the bill and denied any of the other demands. Though Lam announced that there would be an inquiry into police violence, this will be conducted by the Independent Police Complaints Council (IPCC), and so will not be an independent inquiry, but rather an internal one conducted by the police force itself. Though Lam stated that two new panel members will be added to the IPCC and overseas experts will be invited to join the panel, it is highly unlikely that protesters will find this to be a sufficient measure.

Lam also stated that it would violate the Basic Law, Hong Kong’s mini-constitution if charges were dropped against demonstrators. In particular, it has been outraging to demonstrators that arrested protesters—many of which are young people, including individuals as young as 12 years old—could face up to ten years in jail on charges of “rioting” and five years in jail on charges of “unlawful assembly.” 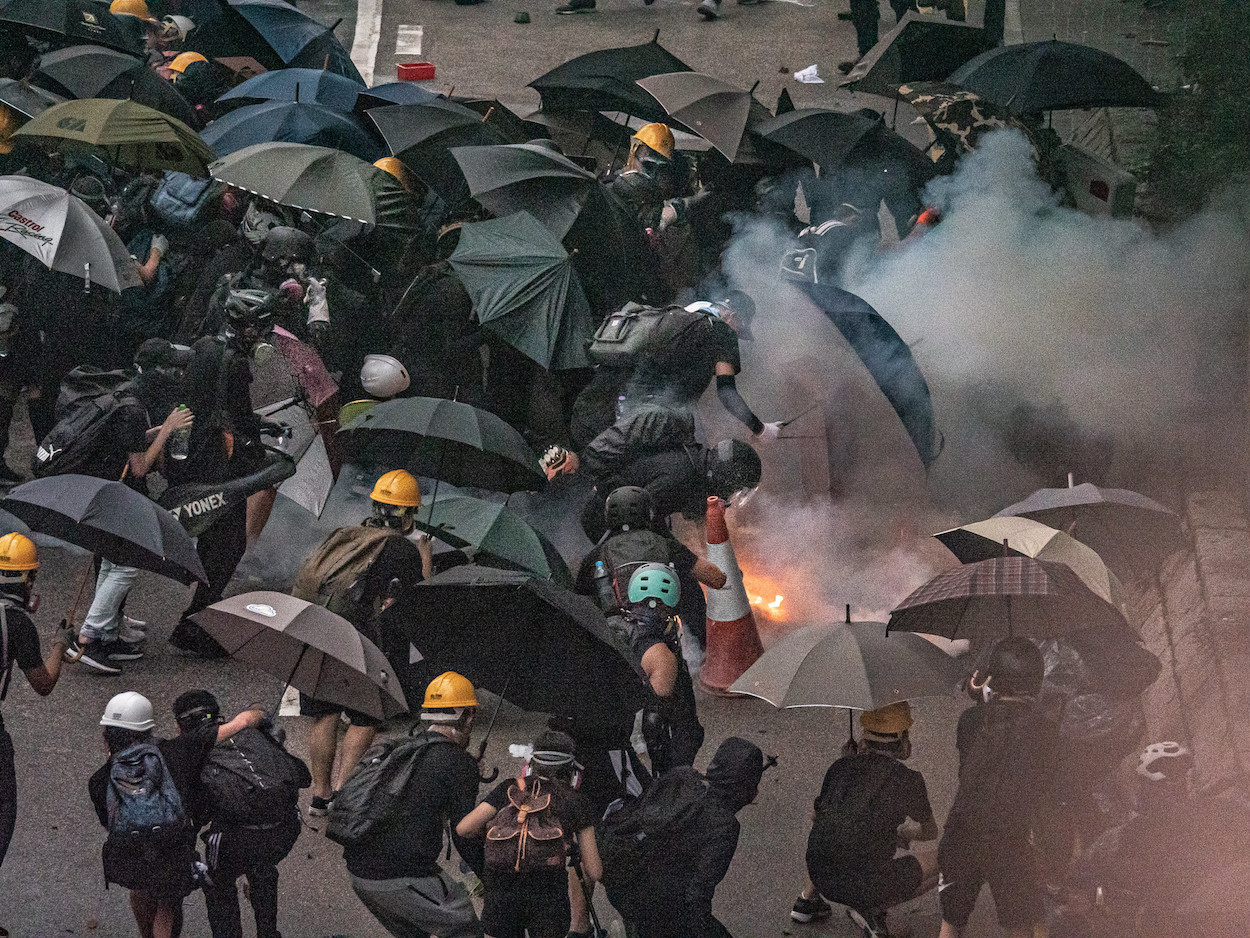 Despite Lam stating during a leaked recording of a closed-door meeting obtained by Reuters that she was regretful over introducing the extradition bill and would step down if she were allowed to by Beijing, something that Chinese state-run media later attacked Reuters as “biased” for reporting, Lam did not state that she would be resigning her position during her announcement. Lam also stated that, though introducing genuine universal suffrage was the eventual aim of the Hong Kong Basic Law, this would be premature and create further polarization of society if this took place now, instead calling for open social dialogue.

Consequently, as with past comments by Lam, it is possible that Lam’s comments might simply serve to anger protesters further. Some of the largest mobilizations of demonstrations to date have actually taken place after announcements by Lam were angering of demonstrators, such as two million taking to the streets in June the day after Lam announced the suspension of the extradition bill.

And so, unsurprisingly, a number of key protest figures have been derisive of Lam’s withdrawal of the bill as an insufficient stopgap measure, with pan-Democratic lawmakers including Claudia Mo and Fernando Cheung holding a press conference criticizing Lam shortly after her announcement. Even some pro-Beijing lawmakers, such as Michael Tien, seem to view Lam’s actions as unlikely to resolve the current political situation in Hong Kong.

A great deal of anger has also followed from that Lam’s comments continue to place the blame on protesters for the violence which has taken place to date during protests, when this more often than not has taken place because of excessive police actions. Over 1,200 have been arrested to date, with increasingly common allegations of sexual assault of female protesters by police, and a number of suicides which have taken place in connection to the demonstrations. It is unlikely that the IPCC inquiry will make any ruling apart from reaffirming that police actions to date have been reasonable, as seemingly indicated in that shortly after Lam’s press conference, the Hong Kong police held a press conference blaming protesters for the previous night’s clashes with police.

At the same time, it is quite likely that demonstrators will also take their success in forcing Lam to back down from one demand as leverage to secure other demands. Namely, with a looming deadline to resolve Hong Kong’s current political crisis before the 70th-anniversary celebrations of the People’s Republic of China in October or risk military intervention by the People’s Liberation Army, internal pressures on the Hong Kong government will be increasingly strong in the coming weeks. Despite the self-evident risks of continuing to protest with this deadline, escalating at this juncture may also present the best chance for demonstrators of securing more demands from the government. 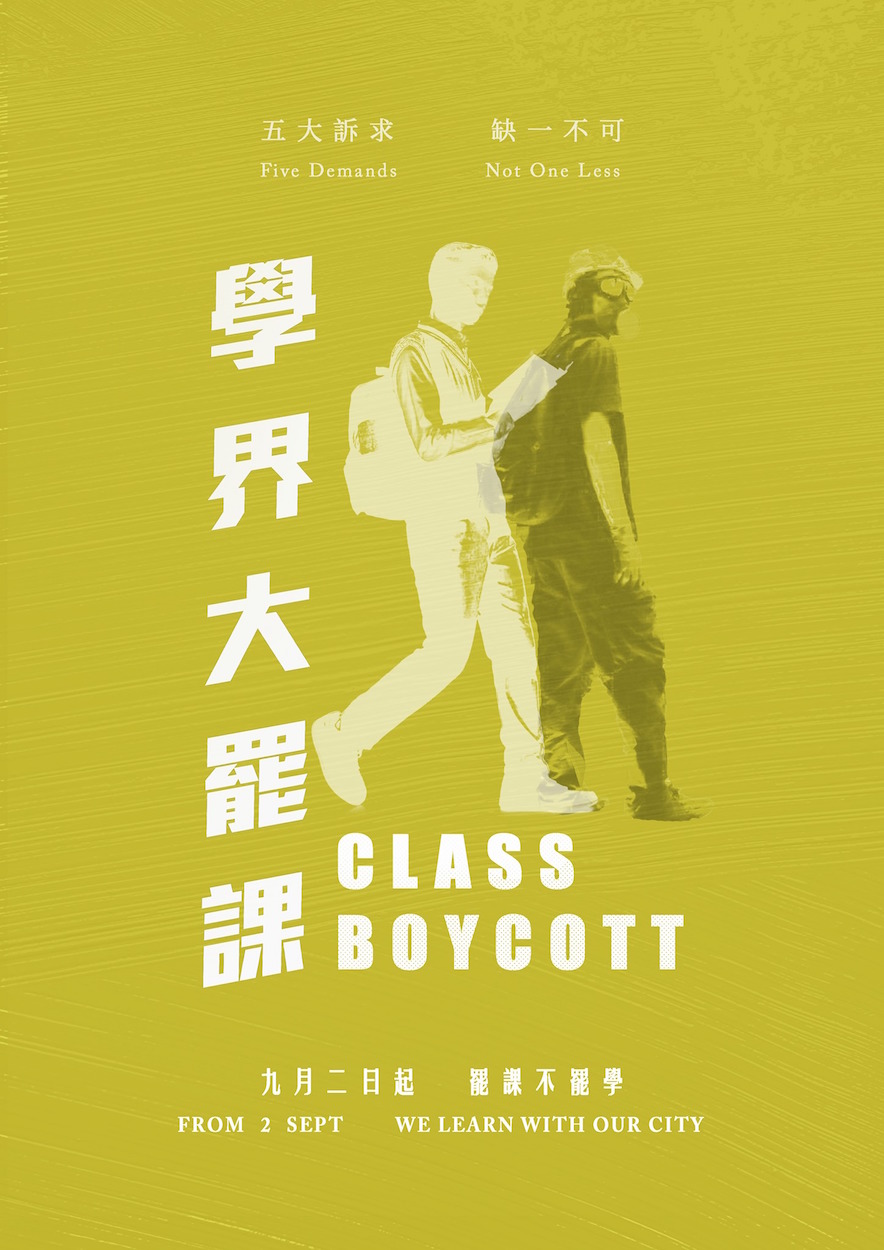 It is not impossible that the Hong Kong government was waiting to see how successful a class boycott called for by demonstrators would be, in the hopes that once school started, young demonstrators would eventually go back to school. However, this has not been successful, with students organizing protest actions during the opening ceremonies for the new school year such as singing “Do You Hear the People Sing?” from Les Miserables—which has become a protest anthem during the demonstrations to date—over the Chinese national anthem.

Though such elites were disinterested in the Umbrella Movement’s demand for greater democracy in 2014, such elites seem to be more concerned about the extradition bill. This is likely with the view that the bill could mean that they, too, could be deported to China to face charges, at a time of great economic instability in China—in which even accurately reporting on China’s economic situation could get one in trouble with the Chinese government.

The Hong Kong government—already a highly corporatist system of government in which corporate interests are directly allowed votes in the legislature through the Functional Constituency system and in which only 35 out of 70 seats in the Legislative Council are directly elected by regular district voters—also faces pressure to placate Hong Kong economic elites. 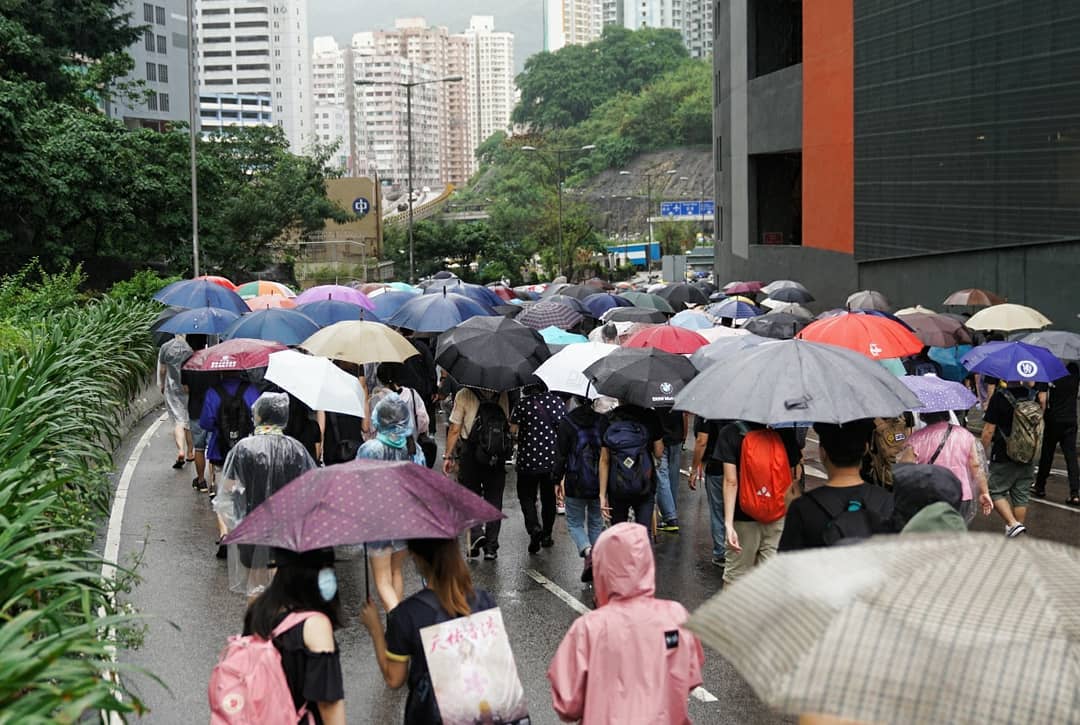 Beijing very likely allowed Lam to accept this demand, seeing as Lam previously seemed to be unable to back down from other demands because Beijing would not let her do so. Beijing has to date seemed afraid to accept the demands of demonstrators for fears that this would demonstrate the effectiveness of protest elsewhere in China and so it is likely that the Chinese government may downplay Lam withdrawing the extradition bill.

Yet with the demands of the Hong Kong people continuing to be unanswered by the Lam government, it is probable that demonstrations will simply continue after the withdrawal of the extradition bill. It is to be seen what the next steps that demonstrations take will be.