PROTESTS IN Hong Kong continue, with the last major action being the “Hong Kong Way” yesterday. The “Hong Kong Way” consisted of protesters holding hands to form a 40-kilometer human chain, that was to stretch in three sections across Hong Kong Island, Kowloon and the New Territories, Hong Kong’s three major regions. The idea originated five days before the protest took place on the online forum LIHKG, a critical nerve center of protest organizing to date, making the “Hong Kong Way” a remarkable example of an idea gaining popularity, concretizing an action plan, then successfully mobilizing tens of thousands. 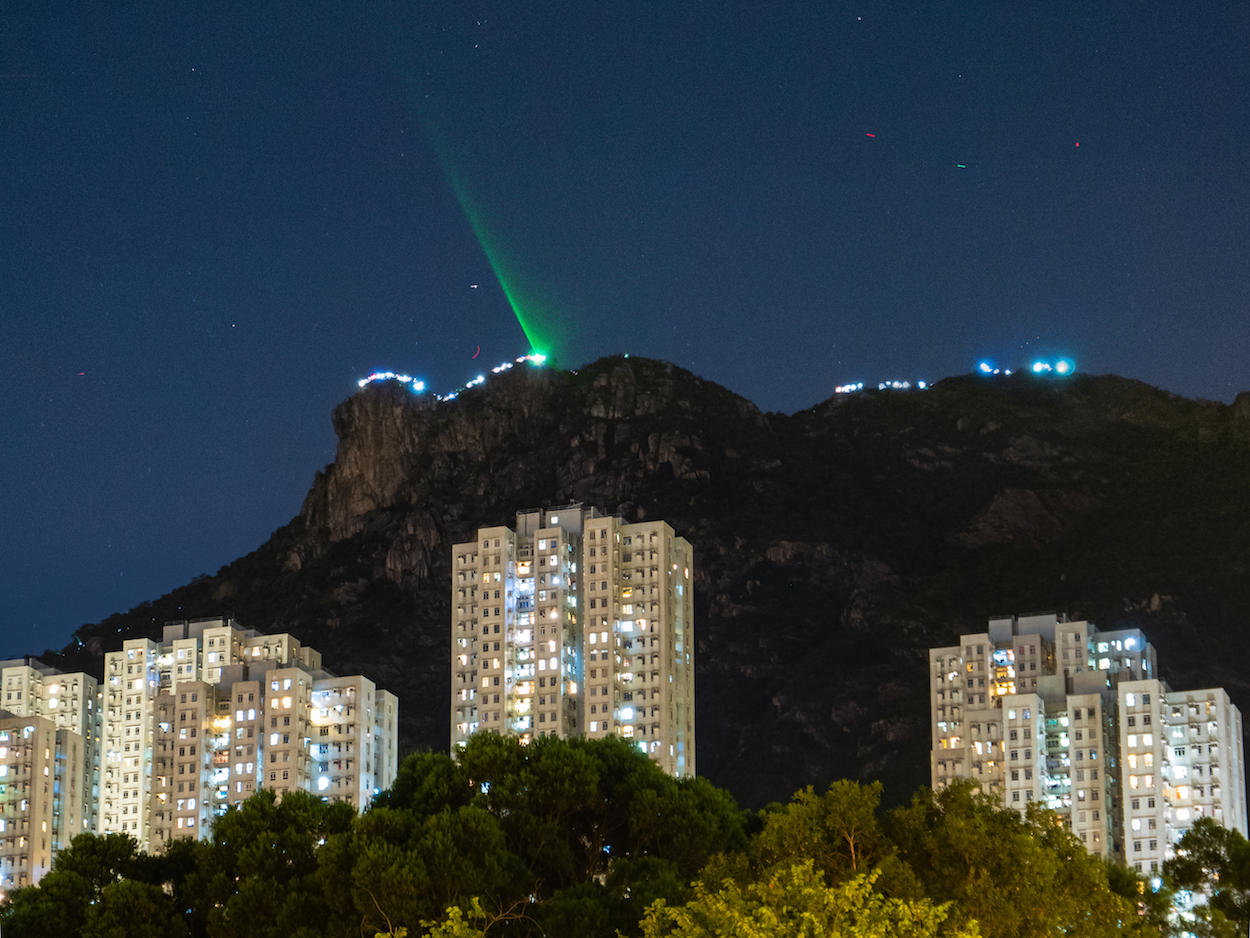 Organizers claim that over 135,000 individuals joined the human chain, and later estimates suggest that this count may have been closer 210,000. While forming the human chain, demonstrators passed along hand sanitizer to keep their hands germ-free, and it became a sort of game for demonstrators to pass along objects from one part of Hong Kong to another, labeling objects with destinations as to where they should go. 1,000 hikers and joggers also climbed on top of Lion Rock, a prominent symbol of Hong Kong, and formed an illuminated human chain.

Although demonstrators called ahead of time for the adoption of “Be Water” tactics of quickly dispersing in the event of attacks by the police, police did not take action against demonstrators, and demonstrators dispersed peacefully at around 9 PM.

The “Hong Kong Way” was timed for the 30th anniversary of the “Baltic Way,” in which two million joined hands across Estonia, Latvia, and Lithuania to protest against Soviet rule. The implicit comparison to the dissolution of the Soviet Union, however, as well as similar demonstrations held in Taiwan in February 2004 calling on one million to hold hands in order to commemorate the 57th anniversary of the 228 Massacre and push for Chen Shui-bian’s reelection, has led Chinese state-run media to label the “Hong Kong Way” as another example of how demonstrators are seeking to realize a separatist “color revolution.”

In the meantime, police violence continues to stoke outrage. A protester whose leg was badly cut after being attacked by knife-wielding pro-Beijing triad members will reportedly lose sensation in his leg, according to the Apple Daily. At a press conference yesterday, a female protester has described being strip-searched without gloves by Hong Kong police in the presence of a number of officers that stared at her, something that she described as sexual assault. Reports of cases of male and female demonstrators being forced to undress by police officers and not allowed to put their underwear back on seem to be on the rise, such strip searches sometimes taking place on open city streets, and having led to condemnations from Amnesty International.

To this extent, British consulate worker Simon Cheng, who was detained by the Chinese government earlier this month while returning to Hong Kong from a one-day business meeting in Shenzhen, has been released. Cheng has not spoken to the press about his ordeal yet, but was put in 15-day administrative detention by the Chinese government. Chinese government spokespersons claimed that Cheng broke a public security law and justified Cheng’s detention on the basis of his being a Hong Konger and therefore, in their eyes, a Chinese national. Chinese state-run media also alleged that Cheng was in Shenzhen to solicit prostitution, although pictures released by state-run media purporting to show Cheng visiting a sex worker were later proven to be of an unrelated individual from an earlier date.

Cheng’s detention raised fears that the Chinese government would seek to hold Cheng for more than fifteen days. Indeed, Cheng’s detention while crossing back into Hong Kong from China would seem to confirm what Hong Kongers feared most, that the passage of the new extradition bill would lead to Hong Kongers being treated no different than Chinese citizens—since its passage could lead them to be deported to China to face criminal charges under the Chinese legal system. Such fears are not likely to fade, even if Cheng has now been released. 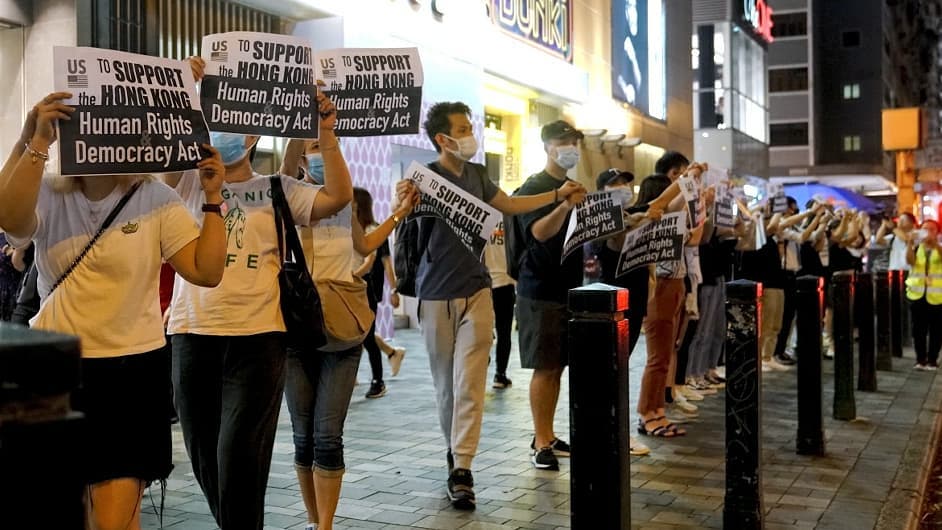 One protester was shot in the eye, drawing comparisons to a previous incident in which a female medic was shot in the eye. During protests tonight, demonstrators have also dismantled newly-installed “smart street lamps” in Kwan Tong, seeing as it is feared that these streetlamps could be used to identify protesters using the surveillance equipment they contain. After dismantling the street lamps, parts from Chinese surveillance contractor TickTack Tech were found within it. Given criticisms of police for fire cans of expired tear gas at demonstrators, some of the tear gas canisters discovered today reportedly were found to have their expiration dates scraped off.

Namely, the Hong Kong MTR Corporation has come under fire from Chinese state-run media, with accusations that MTR employees are deliberating operating trains in order to provide protesters an easy means of escape from police. As also observed in the Chinese government seeking to obtain a list of Cathay Pacific employees that participated in demonstrations to date—something which led to the resignation of CEO Rupert Hogg and the firing of the Cathay Dragon cabin crew union leader, Rebecca Sy—it is possible that the Chinese government intends to begin applying more pressure to Hong Kong companies going forward, as a means of intimidation.

While clashes with police are likely to continue through the night in Kwan Tong, demonstrations are also planned tomorrow for in Tsuen Wan, Kwai Tsing, and Edinburgh Place.