THOUSANDS OF demonstrators crowded into Hong Kong International Airport today in protest of yesterday night’s police violence against demonstrators, thought by some to be the highest level of violence in the ten weeks of demonstrations to date.

The airport demonstration was a spontaneously called one, yet was able to mobilize significant numbers nonetheless, with demonstrators crowding into the Arrivals and Departures Halls of Hong Kong International Airport. Demonstrators held up placards and handed out flyers to airport arrivals. 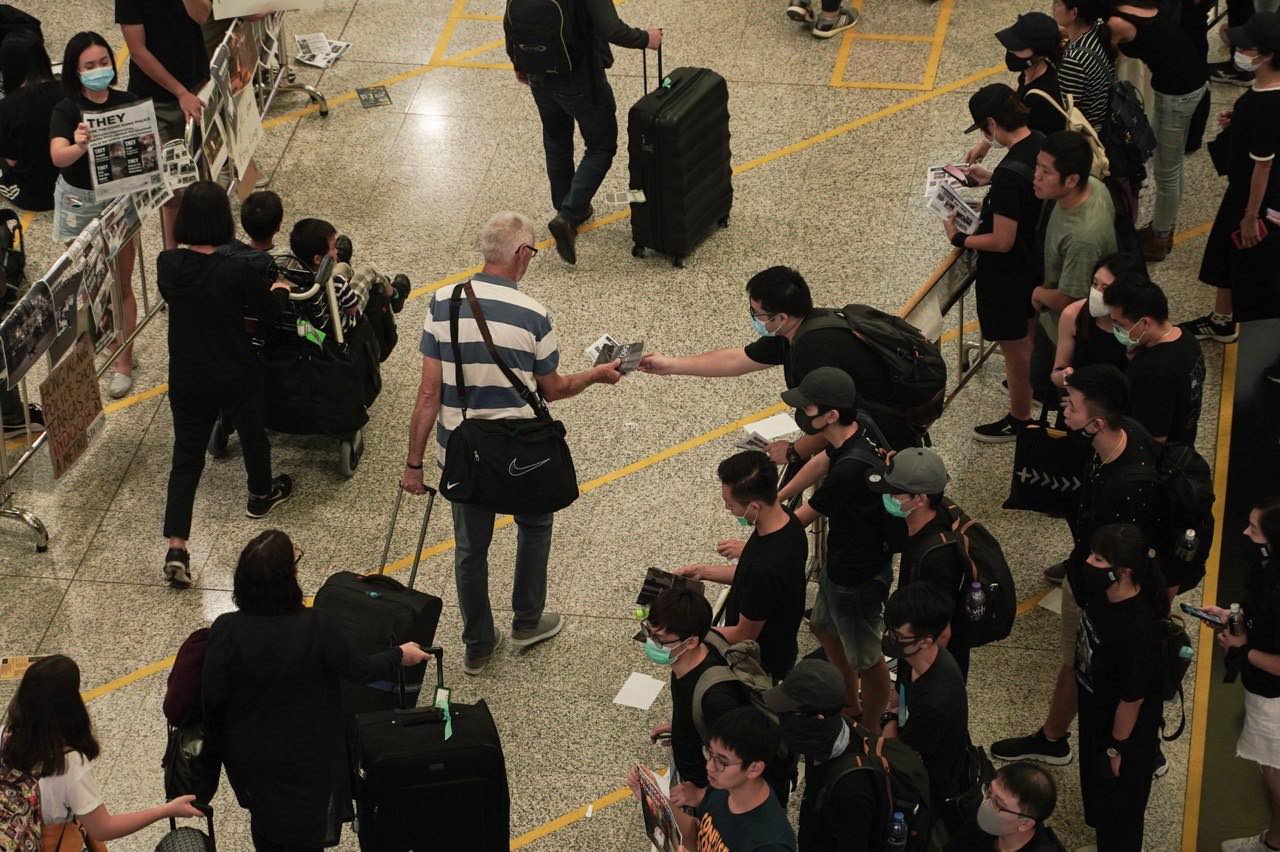 Particularly outraging regarding yesterday’s police violence was that a female medic was shot in the eye with a bean bag, with fears that she could lose an eye, be permanently disfigured, and could even require brain surgery. As such, a lost eye became a symbol of today’s protests, with protest banners reading “An Eye for an Eye”, and demonstrators covering up one eye on their gas masks.

As a result of the demonstrations, all flights from Hong Kong International Airport until Tuesday morning were canceled. Flights en route to Hong Kong were turned around, leaving the skies over Hong Kong unusually empty. Flight operations were suspended at 3:30 PM.

It was a question ahead of time whether Hong Kong police would be willing to tear gas the airport, given the spectacle that this would present in international media. Some feared that the relatively isolated location of Hong Kong International Airport geographically, as well as the confined space of the airport in which police actions would take place, could prove highly dangerous to participants⁠—especially if police cut off access to the airport by stopping the Airport Express or other means of transportation between the airport and the city itself. As with demonstrations to date, some also feared the possibility of military intervention by the People’s Liberation Army (PLA), if disrupting Hong Kong International Airport was viewed as significant enough of an escalating action. 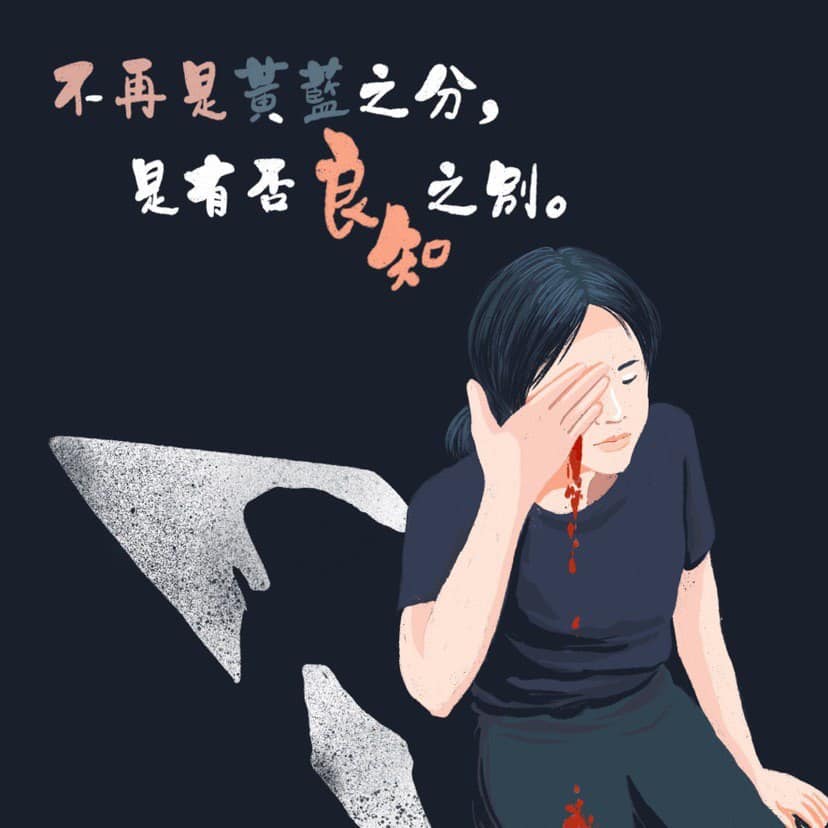 Poster of the female medic shot in the eye. Photo credit: Civic Party/Facebook

Some reports emerged of police disguising themselves as protesters in the airport. However, after police announced that they would clear the airport at 6 PM, this led many demonstrators to eventually withdraw and march along Airport Road from Chek Lap Kok to Tung Chung, or to take the Airport Express back to Hong Kong island. At press time, several hundred protestors still remain in the Arrivals Hall of the Hong Kong International Airport, greeting the remaining arrivals. Withdrawing at the first sign of police activity would be another example of the “Be Water” tactics employed by demonstrators to date, with rapid withdrawals used as a way to keep ahead of police activity.

It is noteworthy that a large number of unverified rumors began circulating online regarding what was taking place in the airport, regarding the airport Wi-fi, electricity, and lights being cut, as well as rumors of police or military vehicles inbound to the airport. Protests in Hong Kong to date have seen many such rumors to date, particularly regarding the specter of deployment by the PLA in Hong Kong. Some rumors may simply be natural outgrowths of fear, but there is also speculation as to whether some of the rumors which circulated were the product of deliberate disinformation efforts.

Particularly stoking of fears was a press conference held at 4 PM by China’s Hong Kong and Macau Affairs Office (HKMAO), in which spokesperson Yang Guang referred to the current set of protests as demonstrating “early signs of terrorism” and intimating that the protests had reached a turning point. This is the third press conference that the HKMAO has held on the current situation in Hong Kong to date.

It has been suggested that Yang’s phrasing was meant to build up legitimacy for an eventual crackdown. It has also been noted that information about the protests is now allowed to circulate on Weibo and has made it onto Weibo’s top ten topics, suggesting that China is more proactively seeking to frame the issue toward Chinese nationals. Furthermore, Global Times editor-in-chief Hu Xijin also made comments on Weibo earlier today suggesting that Hong Kong demonstrators should be shot dead on sight. 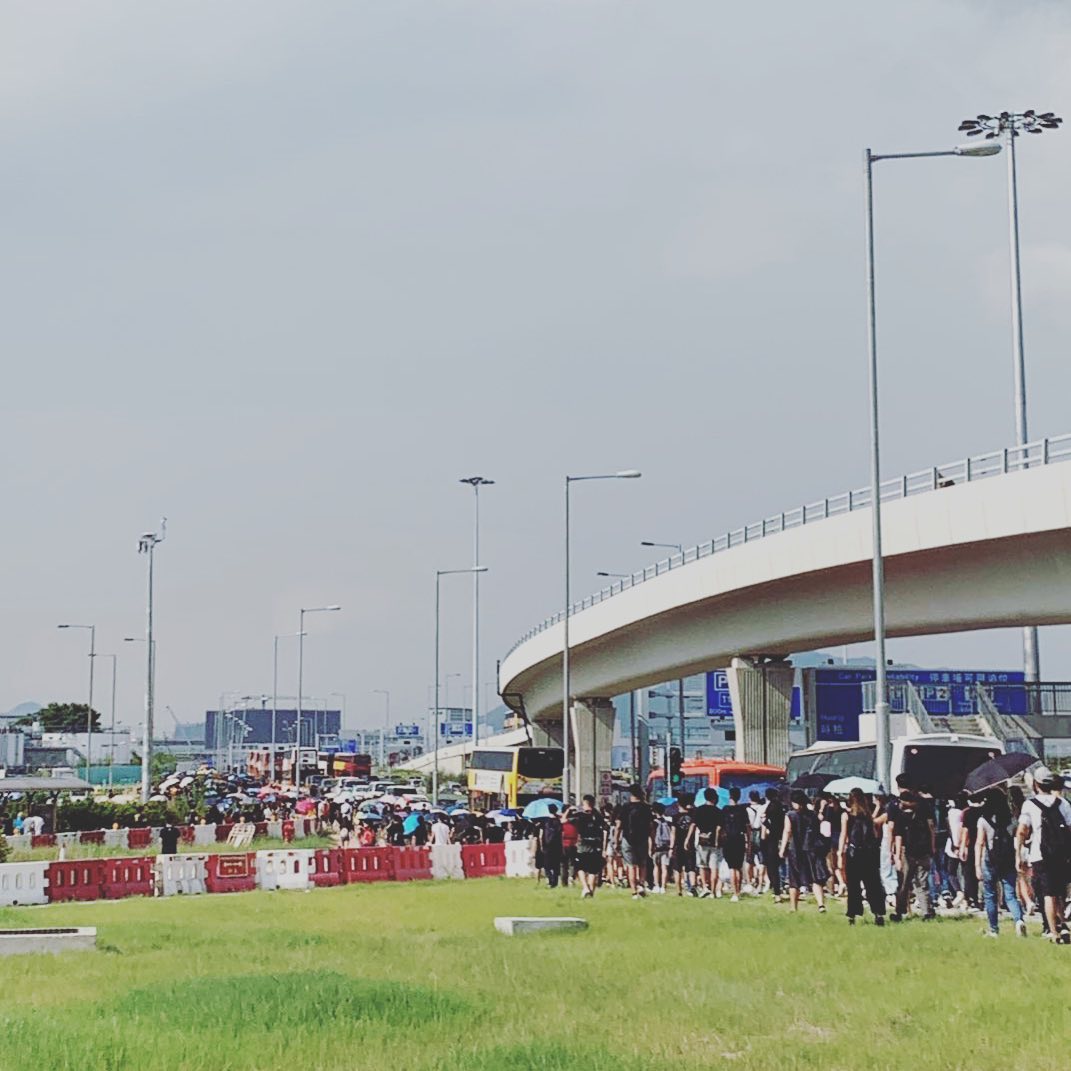 On the other hand, a press conference held by the Hong Kong police shortly afterward went on for over three hours, with press interrogating police on dubious claims, such as regarding the number of Molotov cocktails thrown by protesters last night, and sometimes forcing police to admit to lying.

What comes next for demonstrations in Hong Kong remains unknown. Apart from the escalating levels of police violence against protesters, it should also be noted that some reports suggest that some protesters arrested on Sunday are being held incommunicado in the San Uk Ling Holding Centre in Sha Tau Kok, by the border between Hong Kong and China. Demonstrators are currently gathering outside of the Wan Chai police station in the hundreds and there are plans to hold further protests in Hong Kong International Airport tomorrow.

With protests having dragged on for ten weeks since June, it should be noted that demonstrations are on the verge of surpassing the 2014 Umbrella Movement in length, seeing as the Umbrella Movement lasted for a total of 79 days. But outrage against yesterday’s police violence also seems to have marked a turning point for the movement.