After Years of Struggle Against Eviction, Daguan Community Demolished

THE DAGUAN COMMUNITY was dismantled with little fanfare earlier this month, putting an end to a struggle by residents against eviction and urban renewal which had gone on for several years.

The Daguan Community is a military dependents’ village in Banqiao, Taipei. Many residents of Daguan are elderly and disabled, having lived there for decades. The Veteran’s Affairs Council (VAC), however, wanted Daguan residents off of the land, with the claim that they were not the original occupants of the land, seeing as some residents purchased the land from the original owners of the land. The VAC intended to impose fines upon Daguan residents for “illegally appropriating government property.” 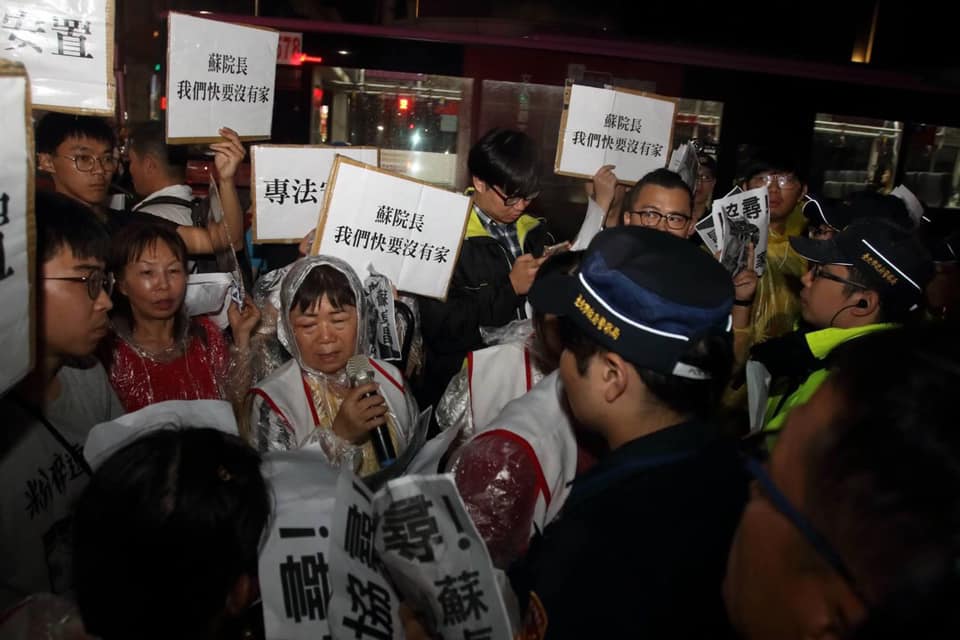 After the demolition, the costs of which the city government is likely to try and force onto Daguan residents, it remains unknown where Daguan residents will go next. Residents will receive some settlement from the government, in the form of a lump sum of 360,000 NT, but this can hardly compensate for the loss of homes that residents have occupied for most of their lives. Daguan residents continue to emphasize that they are not illegal residents of their community.

As with preceding struggles against forced evictions, including demonstrations against the Chang family pharmacy in Dapu, Miaoli, the Wang family home in Shilin, Taipei, or the Huaguang Community in Taipei, a number of student activists—primarily students at National Taiwan University—participated in the Daguan Community’s struggle against eviction.

Among the protest actions staged by student activists in conjunction with Daguan residents included holding camp-outs in front of DPP headquarters, protest marches in front of the Presidential Office, and an attempted occupation of the VAC. Student activists also held regular tours of the Daguan Community, explaining the history of the community and introducing local residents, held exhibitions, and in conjunction with the left-wing music commune, Trapped Citizen (愁城), held shows. A noise album was also produced using samples of local residents.

Despite attempts to raise the issue of the case to Tsai, premier Su Tseng-chang, and then-New Taipei mayoral Hou You-yi, politicians generally shrugged off the demands of Daguan residents. Ironically, in campaigning in 2016, the Tsai administration had signalled urban renewal and forced evictions as an issue that it was attentive to. 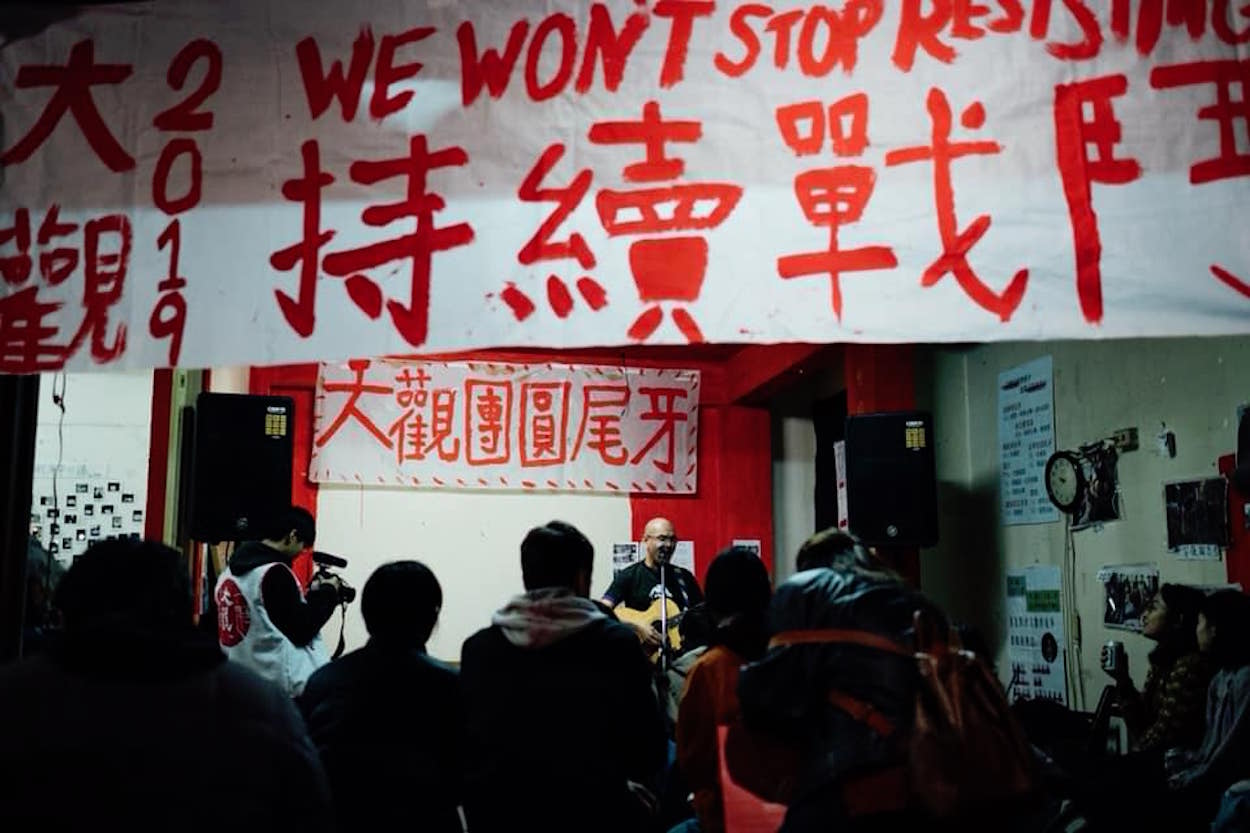 The Daguan Community’s struggle came to an end in March of this year, following an eviction notice issued by the VAC which mandated that residents would have to vacate their homes within two weeks. After a last series of protest actions, Daguan residents agreed to vacate their homes in return for a delay in the demolition. While Daguan residents still attempted to push back on the terms agreement afterward, the agreement made with the VAC was highly draconian, mandating the immediate demolition of the Daguan Community if any of the community residents broke from the agreement.

Although thirty Daguan residents and supportive activists came to bear witness to the demolition on August 1st and close to 300 police officers were mobilized in case they tried to stop the demolition, in the end, Daguan residents did not try to stop the demolition. At the same time, the future of Daguan residents continues to be a matter worth paying attention to, given the possibility that they will still face fines or legal charges stemming from previous efforts at defending their homes. One generally expects continued silence from politicians, despite the severe effects that legal punishment could have on the lives of Daguan’s elderly former residents.