The announcement comes two months after a weeklong action in May organized by male students at the high school in which they wore skirts and earrings to class. The action, which took place during the school week from May 6th to May 11th, was timed to take place one week before the legislature was set to vote on whether to legalize same-sex marriage or not. 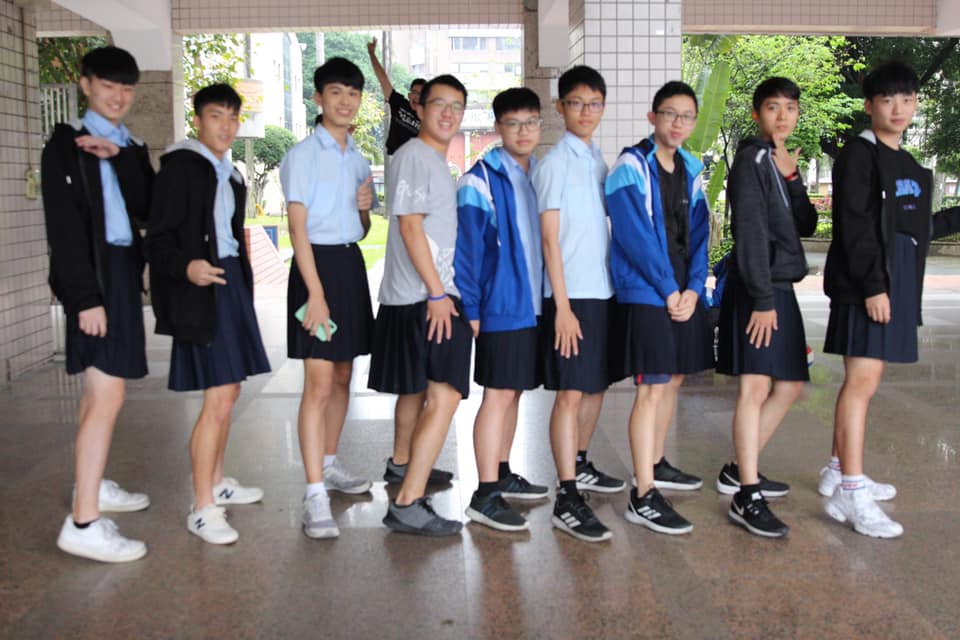 Some teachers also took part in the action, which was framed as commemorating the 73rd anniversary of the school’s founding. The action was supported by president Tsai Ing-wen, who referenced it in comments that week commenting that Scots also wear skirts.

Spokespersons for the Ministry of Education have stated that they welcomed the recent decision by the high school, while school representatives have emphasized that they did not aim to encourage male students to wear skirts, but simply were respecting the democratic will of students, attempting to promote gender equality and that teachers and parents were also consulted before the decision was arrived at.

That being said, it may not be surprising to note that some parents’ groups have protested the school in the wake of the announcement, including the Kaohsiung City Parents Alliance, the Parents Association, and the Taiwan Mothers Shield Alliance, with the claim that the school was promoting inappropriate attire. Likewise, such groups claimed that the school’s actions would lead to male students eventually being allowed to use female restrooms and the breakdown of boundaries between male students and female students.

Indeed, conservative anti-gay groups opposed to not only marriage equality, but broader efforts aimed at establishing a society more respectful of sexual freedoms and gender expression, see themselves under assault after the legalization of same-sex marriage in Taiwan in May this year. Such groups hope to undo the legalization of gay marriage by fielding legislative candidates in 2020 elections next year. 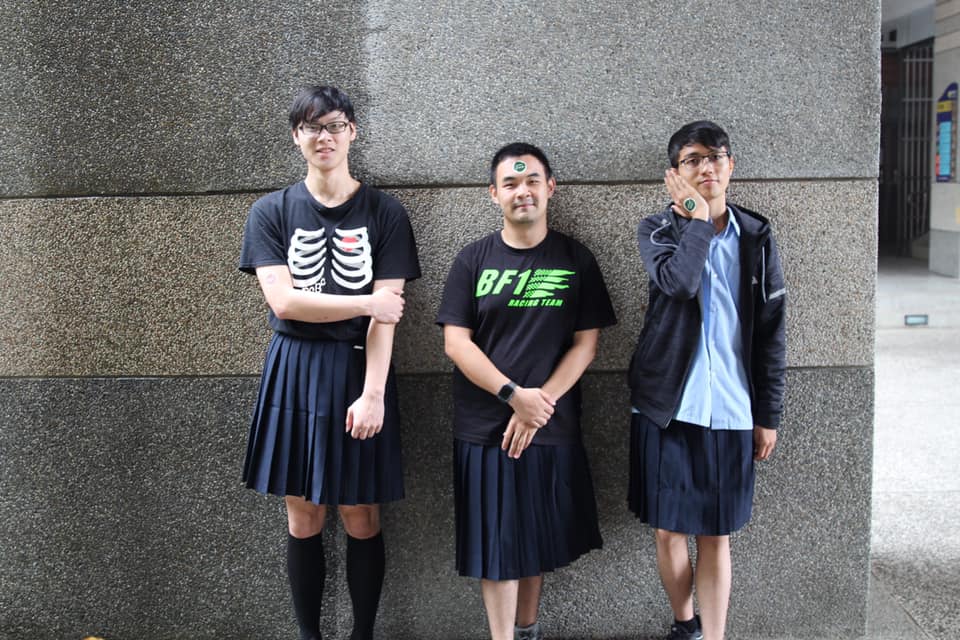 With the view that positive attitudes toward homosexuality are being promoted by gender equality education, such groups previously organized a successful referendum against not only gay marriage but gender equality education in schools. Having become organized as a political force in past years out of a sense of crisis provoked by the Tsai campaign’s public pledge to legalize gay marriage during 2016 elections, it is actually possible that such groups will begin a campaign of harassing and protesting the New Taipei Municipal Banqiao Senior High School going forward.

That being said, the positive step of allowing both male and female students to decide whether they prefer to wear skirts or pants to clash can likely be seen as an outgrowth of the Tsai administration’s actions in the past few years. In order to try and attract the support of progressive young voters, Tsai Ing-wen expressed support for high school regulations to be changed to allow female students to wear shorts or pants to class in the lead-up to 2016 elections.

While the push for male students to also be allowed to wear skirts was self-organized by students, it can be seen as building on the previous pledges of the Tsai administration. That being said, Tsai did notably back down from overt support of gay marriage before the vote by the Legislative Yuan in May because of opposition to gay marriage in her own party, and Tsai’s support for gay marriage continues to be used as ammunition against her by rivals within the DPP. With the older, male-dominated conservative wing of the pan-Green camp in revolt against Tsai, as observed in the reorganization of the Formosa Alliance as a political party, it is to be questioned whether students wearing skirts at the New Taipei Municipal Banqiao Senior High School, too, will be used as a means of attacking Tsai and claiming that her actions have led to the breakdown of social order.