A RECENT development in the demonstrations against the extradition bill in Hong Kong has been the Chinese government calling on America to stop politically interfering by inciting the protests.

Namely, the CCP has long alleged “foreign interference” as responsible for the outbreak of various forms of resistance against its rule. This has been with regards to places that China considers “separatist” territories, such as Hong Kong, Taiwan, Xinjiang, or Tibet, with the claim that the West is seeking to foment “color revolutions” in China, as well as domestically, as with attempts to attribute labor demonstrations in Shenzhen to foreign influence instead of acknowledging that they broke out because of domestic unrest. 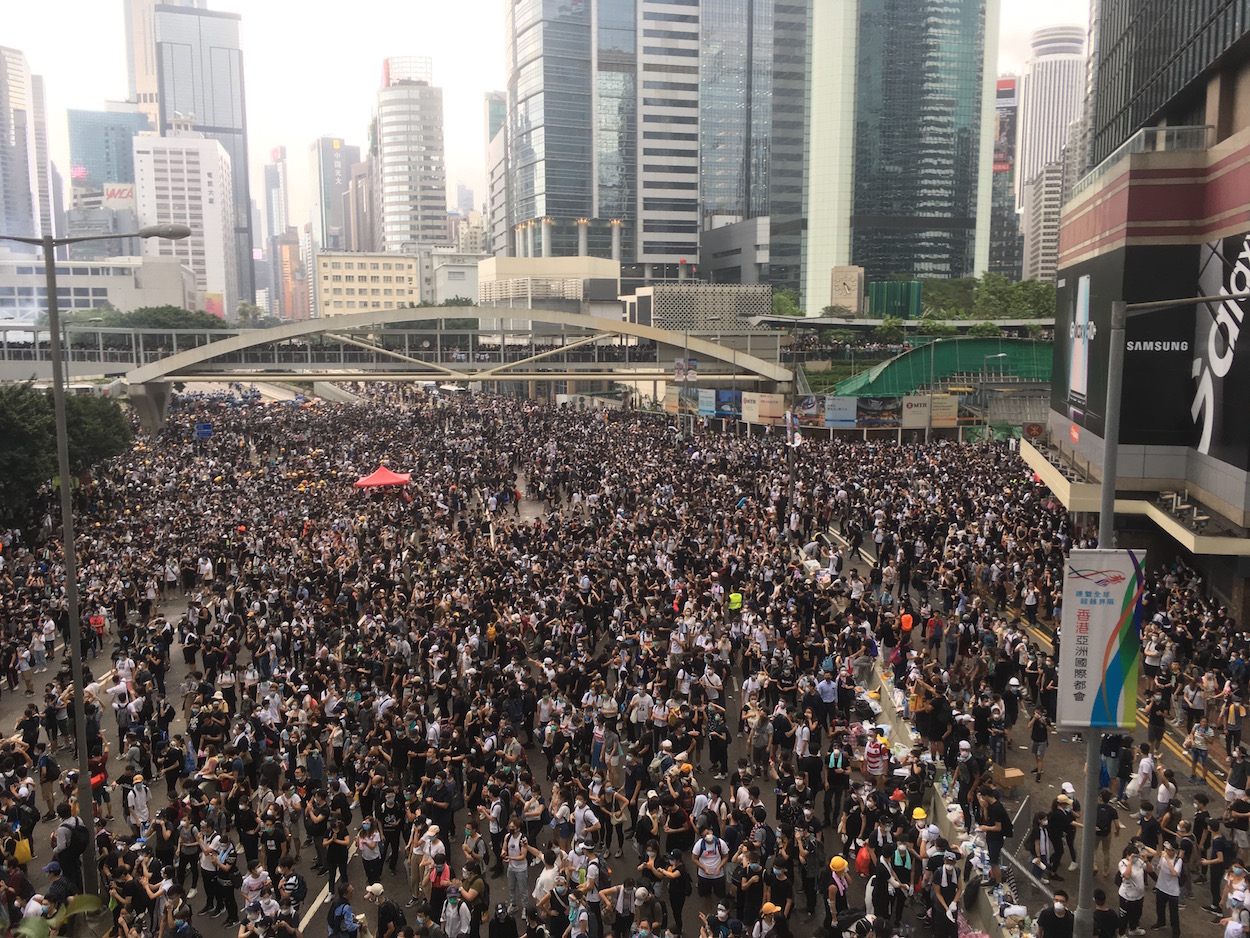 As the current set of demonstrations against the extradition bill drags out, and more members of the international community have expressed condemnations of China’s actions, China may be becoming more direct with regards to claims that America is manipulating protests. However, China previously alleged that America played a role in the outbreak of the 2014 Umbrella Movement as, for example, visible in claims that Joshua Wong is a political operative who received training from the CIA.

It is unclear whether the Chinese leadership genuinely believes such claims, in the manner that the leaders of many authoritarian regimes genuinely seem unable to believe the outbreak of popular resistance against them as a spontaneous, grassroots phenomenon, or whether such claims are merely for the sake of propaganda. It is interests of the CCP, after all, to convince residents of China that demonstrations in Hong Kong are simply attempts to undermine China from without, in order to prevent Chinese nationals from learning more about the issues at stake in Hong Kong.

Interestingly enough, American president Donald Trump has demonstrated a marked disinterest in events in Hong Kong, stating at several points that he believed that issues could be resolved by the Hong Kong people or that the Chinese government would eventually find some way of resolving matters. Members of the Trump administration, on the contrary, have expressed condemnation of the actions of the Hong Kong government.

Indeed, it should be apparent that Republicans in the Trump administration antagonistic to China and Trump himself are not always on the same page. As such, it may not be surprising that China seems to have adopted a strategy of avoiding direct criticisms of Trump in claims that American interference is behind demonstrations in Hong Kong while criticizing figures in the Trump administration that have been critical, such as secretary of state Mike Pompeo.

China may be hoping to leverage Trump, who oscillates unpredictably between periods of hostility and periods of being conciliatory toward China, against members of his administration, which is more consistently hostile toward China. One notes that this is a strategy which other countries at odds with America, such as North Korea, have adopted, with North Korea hoping to provoke a split between Trump and National Security Advisor John Bolton given Trump’s friendly relations with North Korean leader Kim Jong-un but Bolton’s sharp hostility toward Kim as a neoconservative hawk. 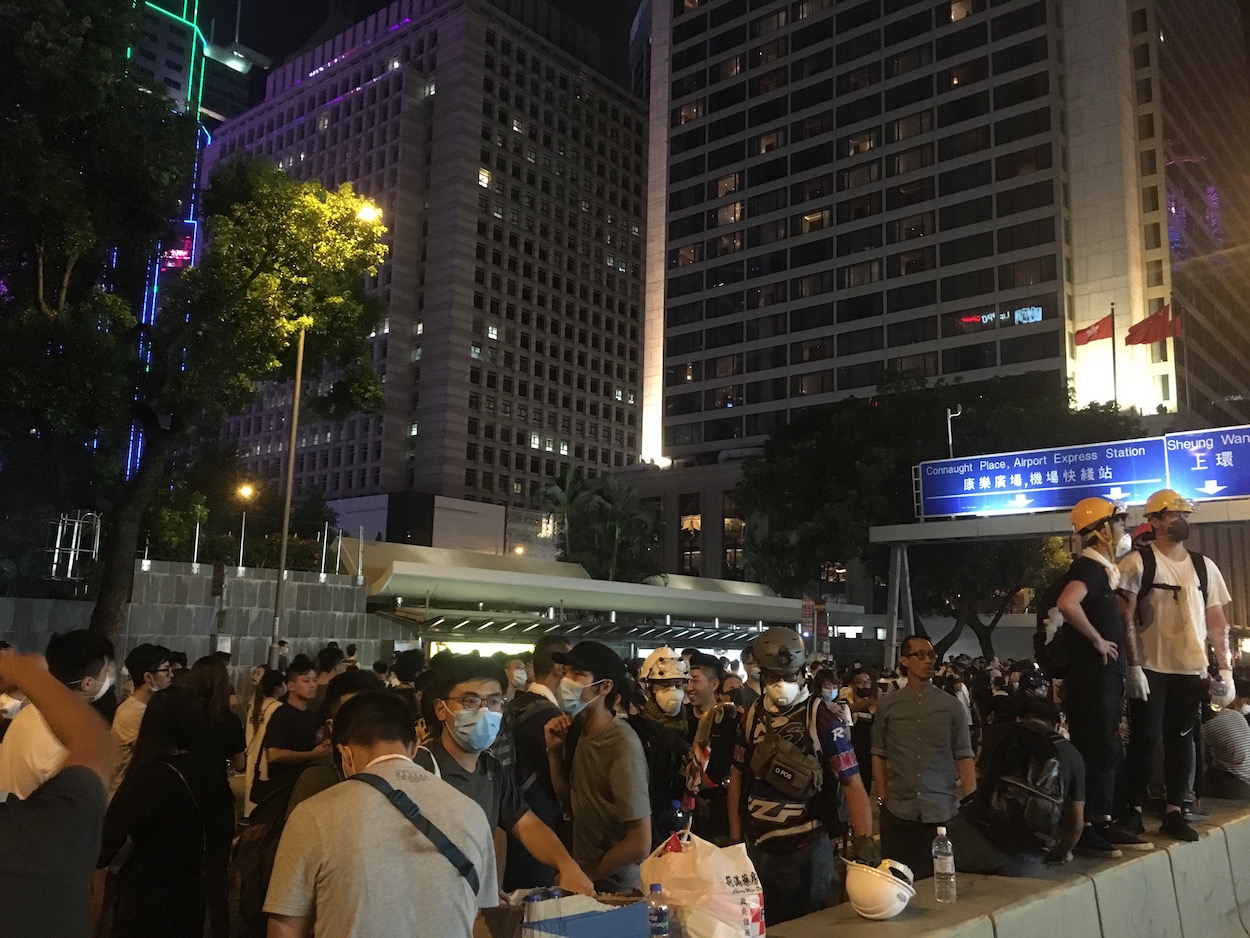 Although a great deal of international attention is on Hong Kong at the moment, it is to be noted that at the end of the day, the international community is still likely to abandon Hong Kong to China beyond offering a certain amount of moral criticisms of China. Despite Hong Kong’s size in terms of its population and economy, as well as its importance to international finance capital, Hong Kong is not geostrategically significant, for example, in the same way that Taiwan is.

One notes that international shipping to South Korea and Japan is likely to be cut off if China were to ever take over Taiwan, an event that would lead to large shockwaves internationally. And even given this fact, neither does Taiwan have any true guarantee of international support, making it all the more likely that the international community would decide that Hong Kong is an acceptable loss. As such, the situation is all the more dire for Hong Kong.

What this likely points to is that the fate of Hong Kong can only be determined by Hong Kongers. International pressure will likely play a role in forcing China to back down, if this can be achieved at all, but outside aid will not be the deus ex machina that rescues Hong Kong either