Most notably, just two days after the end of the strike, EVA fired Kuo Chi-yen, the director of the Taoyuan Flight Attendants’ Union (TFAU). The TFAU, which represents flight attendants from both EVA and China Airlines, was the primary organizer of the EVA flight attendants’ strike. 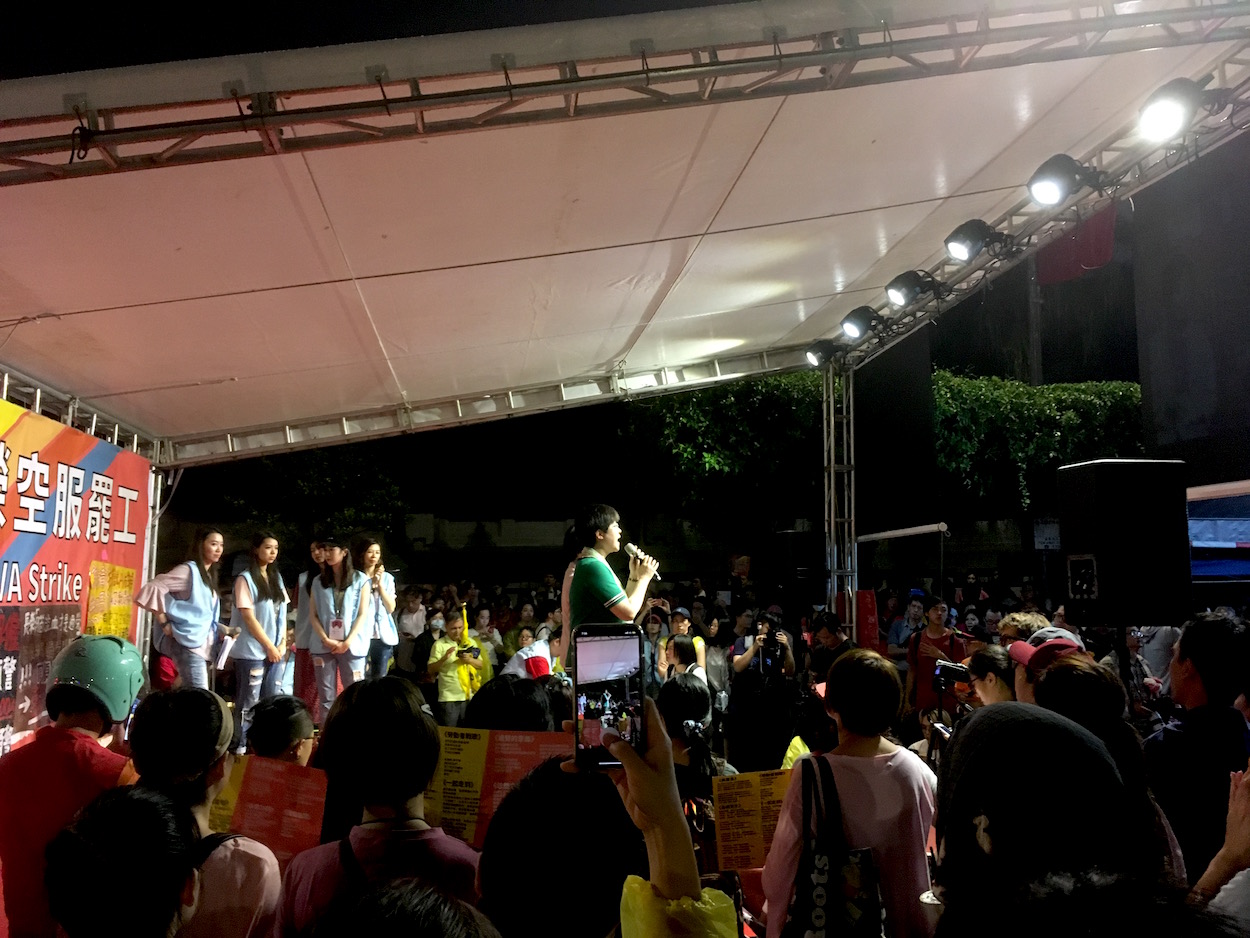 EVA’s justification for firing Kuo was a joke she made on social media regarding “adding something special” to the meals of flight attendants who opposed the strike, claiming that this showed that Kuo was unfit for her duties and could potentially endanger flight safety through engaging in acts of “sabotage”. EVA is also demanding that TFAU representative Liao Yi-chin and deputy secretary Chou Sheng-kai be held responsible for helping organize the strike, claiming that they should be held responsible for the heavier workload faced by non-striking workers.

To this extent, despite the end of the strike, EVA does not intend to drop an ongoing suit against the TFAU claiming that the strike was illegal. EVA is seeking compensation of one million NT for each day that the strike went on, a total of 34 million NT. EVA also claims that the TFAU refused to allow workers that wished to stop striking to return to work by withholding their passports, seeing as TFAU members handed over their passports to the union as a sign of their determination to strike, something which has also taken place during previous flight attendants’ strikes.

EVA has long been a notoriously anti-union company, previously refusing to allow labor unions to exist within the company, and cracking down on efforts to organize unions throughout the last three decades. However, EVA flight attendants organized in the wake of the 2016 China Airlines flight attendants’ strike, the first strike in the history of Taiwan’s airline industry, under the mantle of the TFAU.

In the wake of the strike, EVA management is attempting to take a hard line against unions within the company and to prevent dissent against the will of the management. For one, in a previous version of the agreement with the TFAU, which the union refused to sign, EVA attempted to institute a clause which would have fined workers 500,000 NT for “spreading false rumors” or “speaking out” against the management. 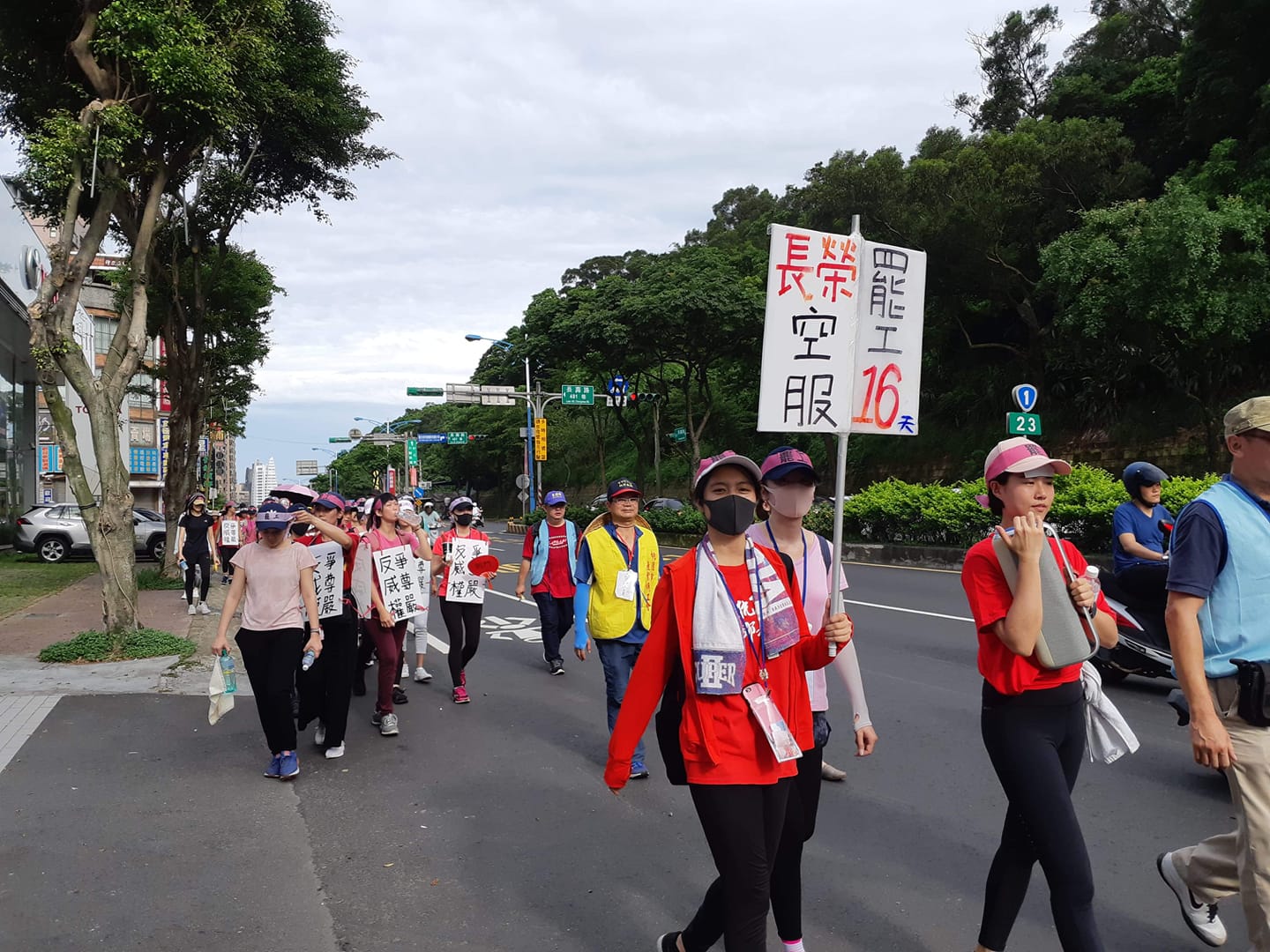 While it was part of the terms of the collective bargaining agreement reached with EVA that the company would not retaliate against strikers, retaliation is illegal, to begin with, and this should not have needed to be negotiated on. But EVA is able to operate in a legal grey zone sometimes because it is one of Taiwan’s major airline carriers, enjoying close ties to the state as a result.

Striking EVA flight attendants originally agreed not to strike for three years after signing an agreement with EVA management. But as EVA seems to have no intention of complying with the terms of the agreement, it remains to be seen as to whether this means that EVA flight attendants will decide to strike again in the near future. Public backlash is actually quite strong against Kuo and other flight attendants, perhaps reflective of how current outreach strategies by organizing are insufficient.

Consequently, recent talks between management and the TFAU, unsurprisingly, broke down. Moreover, while the gains by the union in striking were fairly minimal, the union was at least successful in preserving the existence of the union. With management not even willing to allow for that, it is to be seen if this may push the union to further action.