A NUMBER OF violent incidents have broken out in Hong Kong in the past few days, as protests against the extradition bill continue.

Most notably, violent assaults on demonstrators by Hong Kong police in Sha Tin on Sunday left 40 injured and 22 hospitalized, with two in critical condition and two in serious condition. It may not be long now before demonstrations in Hong Kong see a fatality caused by police, with the deaths that have taken place during the protests thus far having occurred as a result of suicides. 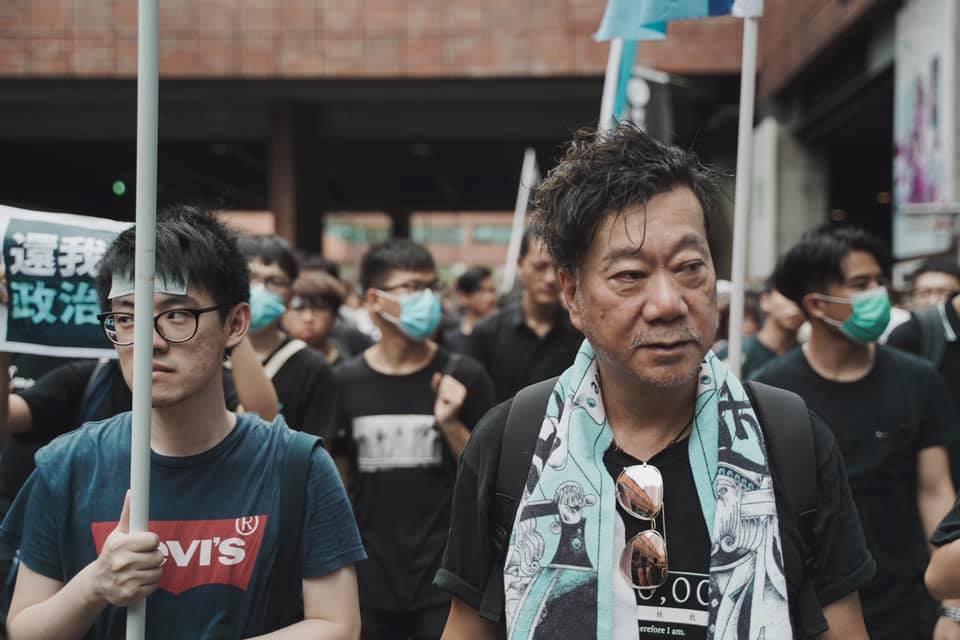 As with other mass demonstrations in past weeks, the daytime march in Sha Tin was mostly peaceful, with over 115,000 participating in the march according to organizers. With what appear to be deliberate attacks on journalists by Hong Kong police, the Hong Kong Journalists Association and other journalist associations held a “Silent March” to the Hong Kong police headquarters and the Chief Executive’s office on Sunday, reading out a list of injuries suffered by journalists in recent weeks. The establishment of fund to assist injured journalists was also announced.

Police officials claimed that eleven police officers were injured, with six hospitalized, and claims that a protester bit off part of the finger of one officer. It has since emerged that pictures circulated online claiming to show the injured police officers’ fingers were taken from a Taiwanese news story, however, raising the possibility that police are exaggerating or outright lying about police injuries. Pictures have also emerged that the officer who was bitten may have been digging his fingers into the eyes of a protester at the time he was bitten.

The Sha Tin demonstration was preceded by protests in Sheung Shui on Saturday against Chinese “parallel traders” who enter Hong Kong to purchase Hong Kong goods en masse to resell them in China, resulting in a shortage of goods such as milk powder in Hong Kong. According to organizers, over 30,000 attended this demonstration. However, similarly, clashes with police broke out at night. In one notable incident, police nearly pushed a teenage protestor off of a bridge, and images of police attacking female demonstrators have become widely circulated online. Several other incidents of police attacking journalists were also been reported during the demonstration. 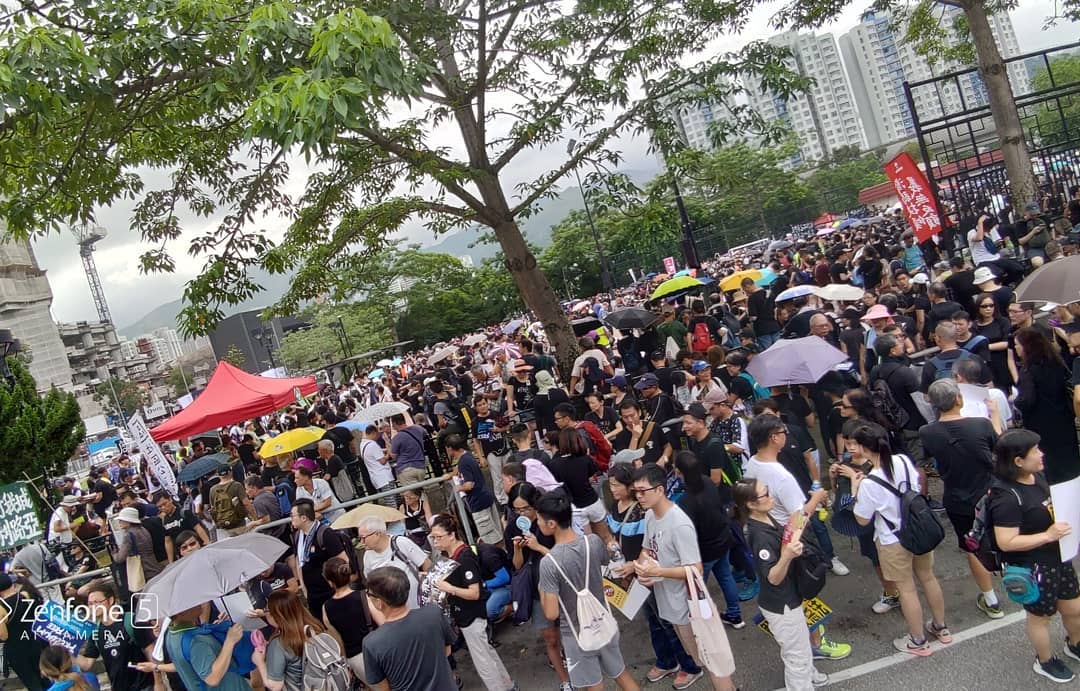 In past days, Hong Kong has also seen physical attacks on demonstrators by pro-Beijing groups. The past week has seen spread of “Lennon Walls”—consisting of walls with sticky notes with messages written on them by demonstrators—in Hong Kong, with several dozen appearing in locations throughout Hong Kong, and even outside of Hong Kong, in cities with large diasporic Hong Kong populations such as Toronto. Notably, a pedestrian tunnel in Tai Po has become known as the “Lennon Tunnel” because of the fact that a Lennon Wall inside has expanded to cover the pedestrian tunnel as a whole

Consequently, it is a very real possibility that violence will escalate in Hong Kong in the near future. The Apple Daily reported earlier today that the Hong Kong government was contemplating imposing a curfew on Hong Kong. If this were to take place, this very likely would not put an end to current demonstrations, but could simply escalate them.

As observed with the attacks on demonstrators seeking to protect Lennon Walls, is also possible that attacks on demonstrators by pro-Beijing mobs will become increasingly common. Hong Kong police are likely to turn a blind eye to these attacks. It is not impossible that Hong Kong police are coordinating with pro-Beijing mobs behind the scenes, either. 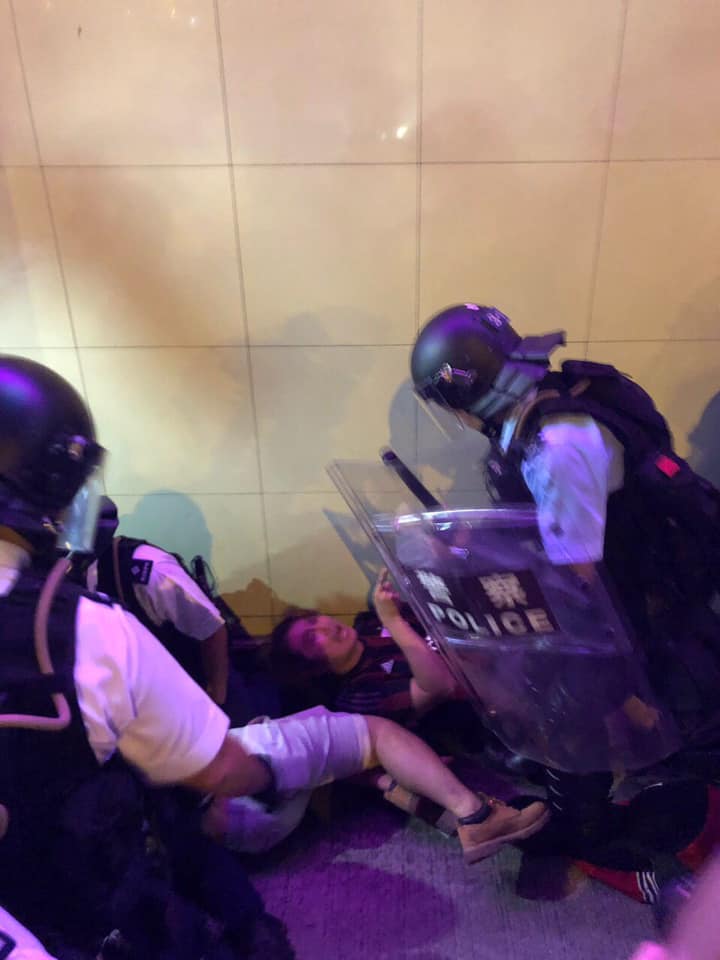 Or it could be that anti-extradition bill demonstrators themselves eventually decide that more radical forms of action will be needed. The brief attempted occupation of the Hong Kong Legislative Council on July 1st proved a controversial event, despite the fact that occupiers did not attack anyone, and were careful to avoid damaging property. But demonstrators’ anger may eventually become too much to contain—particularly if demonstrations result in fatalities. This could either take the form of more suicides, fatalities caused by the actions of the Hong Kong police, or a downward turn in the health of the over a dozen elderly demonstrators currently on hunger strike in Hong Kong, with much focus currently on 73-year-old hunger striker Chan Kei-kau, referred as “Grandfather Chan.”

Further enraging of the Hong Kong public has been the fact that Hong Kong police and Hong Kong government officials continue to maintain that the police has acted with restraint. It is true that there have been some incidents of anti-extradition demonstrators attacking police, but the majority of violent incidents to date have clearly been police attacking demonstrators.

Yet police have taken a firm line in claiming that demonstrators are “rioters.” “Rioting” carries a jail sentence of up to ten years in Hong Kong and one of the key demands of protesters to date is that charges of “rioting” be lifted from those who have been arrested so far.

Consequently, the overall situation remains without resolution. Regarding demonstrators’ demands, the Hong Kong government still seems to have little desire to permanently withdraw the extradition bill, to investigate incidents of police brutality, or to grant amnesty to demonstrators who have been arrested to date.

As it is also clear that the current set of protests likely could only come to an end with the resignation of Chief Executive Carrie Lam—another key demand of demonstrators—it is significant to note that the Financial Times reported yesterday that Chief Executive Carrie Lam has offered to resign many times, but Beijing has refused to accept her resignation. Although Lam publicly has denied this report, if the report is true, that would likely mean that it is Beijing, not Lam, who refuses to withdraw the extradition bill.

And it remains unclear as to what can be done to force Beijing to back down. Although the head of the People’s Liberation Army (PLA) garrison in Hong Kong, Major General Chen Daoxiang, has signaled that the PLA will not leave its barracks to take actions against demonstrators, it still remains a danger that the Chinese government will eventually decide to bring in the PLA to forcibly suppress demonstrations—even if this could potentially turn Hong Kong into another Tiananmen Square. 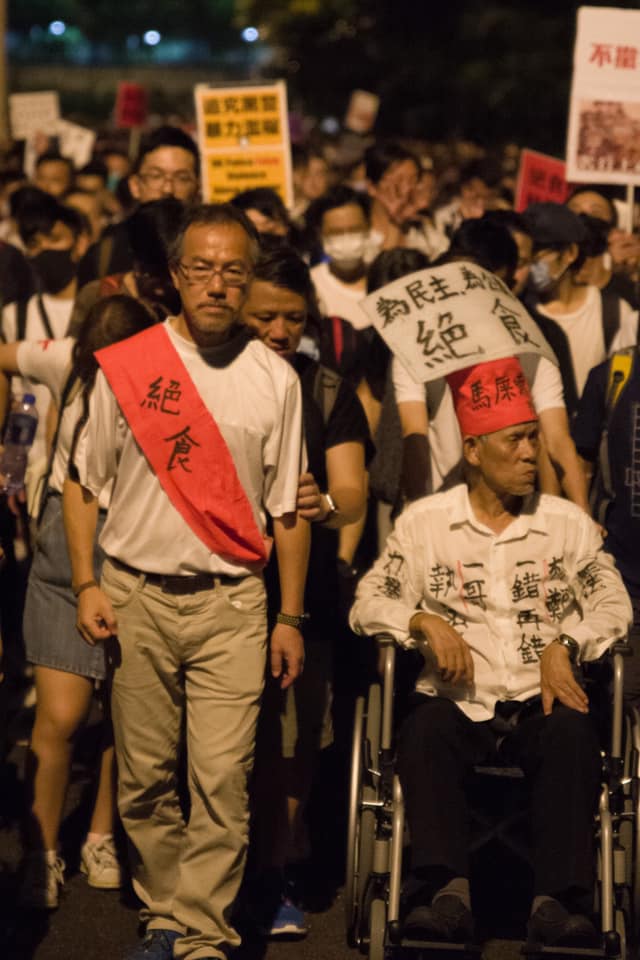 Other actions have involved seeking to apply pressure to companies. One campaign has involved calling on Bank of China customers to mass withdraw money from the bank to “stress-test” the bank’s available funds. Hong Kongers have also begun to call on companies to withdraw their advertisements from media companies with highly skewed reporting of demonstrations to date, such as TVB. Pizza Hut, Pocari Sweat, Tempo, and Yoshinoya have been among the companies which Hong Kongers called on to withdraw advertisements, but taking a stance in support of Hong Kong also has opened them up to reprisals from Chinese consumers.

It remains to be seen if such tactics will be successful in widening the scope of the movement. Either way, one expects demonstrations to continue in Hong Kong, with the seeming normalization of demonstrations into daily life. Another mass rally in Admiralty has been called for by the Civil Human Rights Front on July 21st, with further demonstrations scheduled to take place in Kennedy Town and Tseung Kwan O on July 28th.