EVA FLIGHT attendants from the Taoyuan Flight Attendants’ Union began a strike at 4 PM on Thursday. 2,949 of EVA Air’ 4,600 or so flight attendants are striking, meaning that the strike will severely affect EVA operations going forward. Workers also held a sit-in outside EVA headquarters, with over one thousand participating. 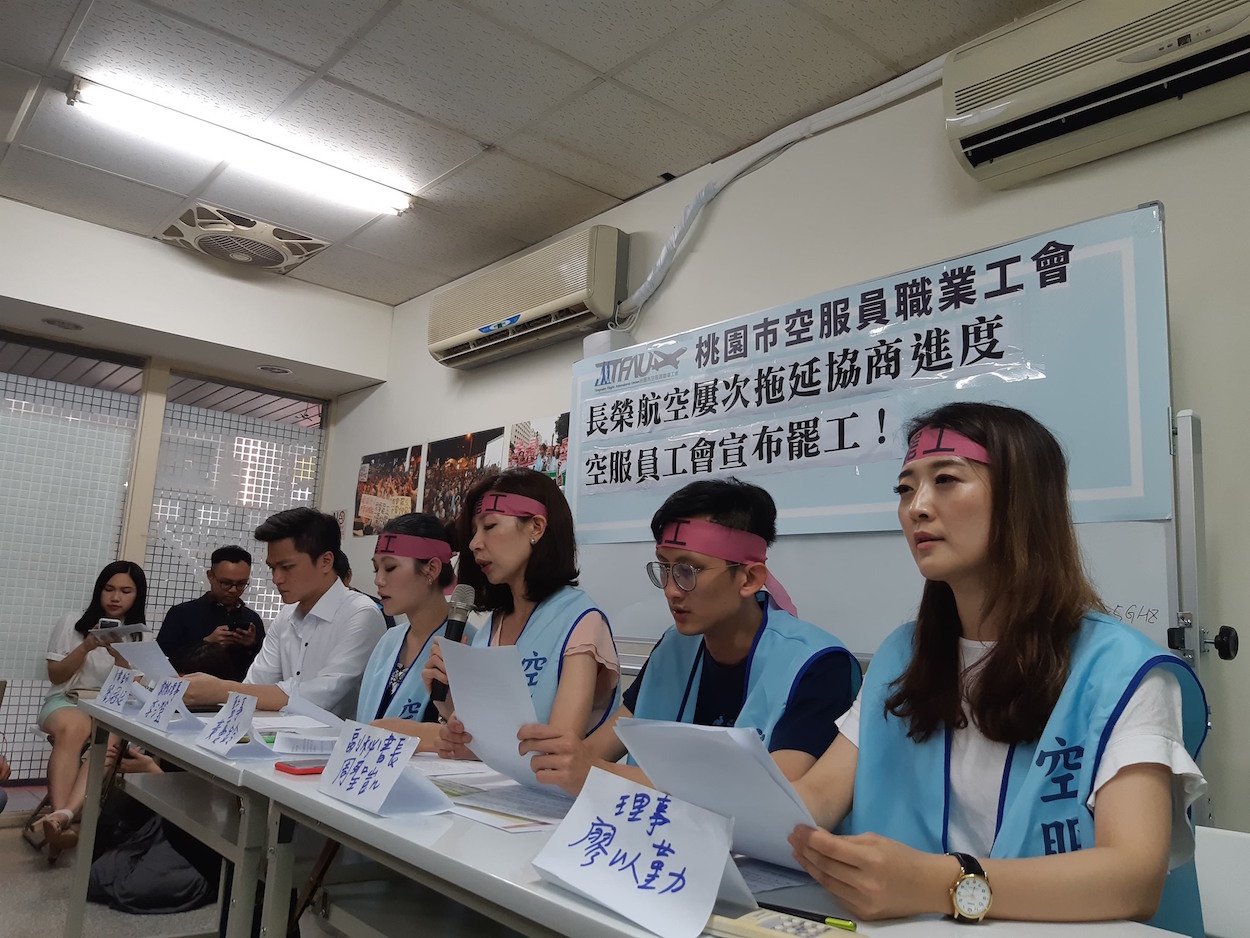 In 2018, EVA flight attendants struck against new regulations by the company which significantly increased commute and working time for flight attendants, without pay. Flight attendants called for lengthier rest times after measures taken by the company to shorten the time between shifts for flight attendants for long-distance routes. Indeed, beforehand, schedule for round trip flights between Taiwan and San Francisco had been shortened from five days to three days by the company without consultation with the union, resulting in a work arrangement in which workers appeared to have 28 hours rest between shifts, but actually only had 12 hours for sleep between travel, eating, and jet lag. Other incidents of protest in 2017 included EVA workers collectively taking a day off in anticipation of a strike, to which EVA management responded with redbaiting accusations.

To this extent, while the company allowed workers one day off before the three-day round trip and three days off afterwards, this forced employees to take half of their days off within one week, effectively micromanaging flight attendants’ ability to arrange their monthly schedules.

Last year, incidents angering of labor organizers included incidents of EVA flight attendants were accused of making pornographic videos by management, and management shrugging off complaints from flight attendants after allowing passengers with a history of sexual harassment onto flights. 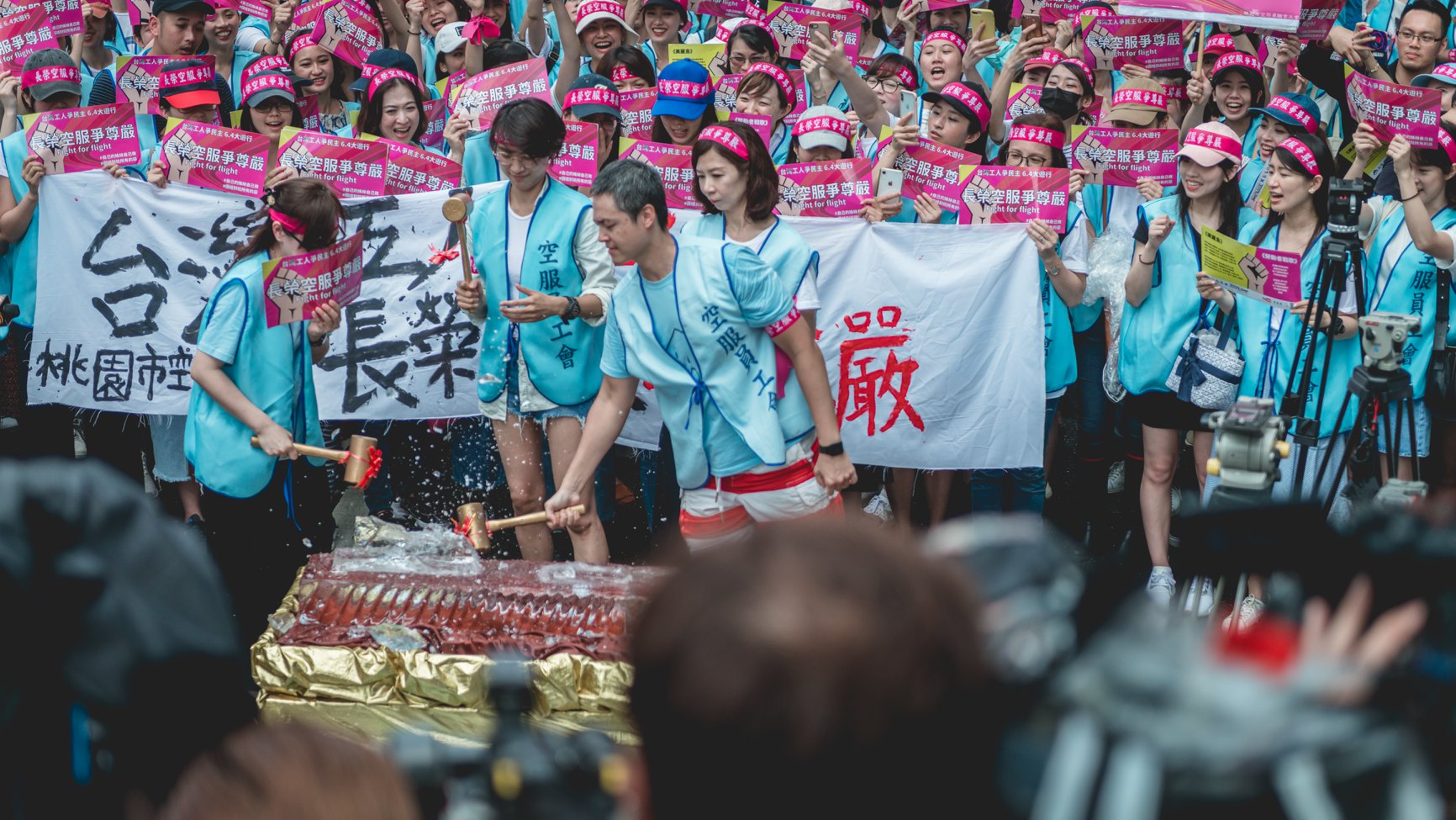 Such issues continue in the present. And in past months, apart from that EVA has publicly advocated for flight attendants to be excluded from the Labor Standards Act, EVA continues to shrug off the demands that workers have been making which led to the 2018 strike, and refuses to accept demands by workers for higher daily salaries and for excluding non-union members from the benefits won by union members. EVA flight attendants accuse management of refusing to negotiate despite holding more than twenty meetings with union members since 2017 and, in fact, taking retaliatory action against union organizers.

Workers emphasize that they have tried numerous means of avoiding a strike, so as to avoid inconveniencing the public. Workers agreed not to strike during the Dragon Boat holiday in May, for example, a peak period for air travel. During voting for the strike, which took place between May 13th and June 6th, the Taoyuan Flight Attendants’ Union attempted to emphasize to members of the public that, while they quickly secured the legal right to strike, they still hoped to avoid a strike. This is why close to 1,000 flight attendants would rally outside of the Evergreen Building on June 4th.

Nevertheless, EVA management has publicly attempted to depict striking flight attendants as ungrateful not only to the company but the public at large. EVA management has, likewise, attempted to recenter the issue around the fact that members of the Taoyuan Flight Attendant’s Union call for benefits won by the union to only apply to union members, likely hoping to diminish the incentives for flight attendants and other airline industry workers joining unions if benefits also apply to non-union members. 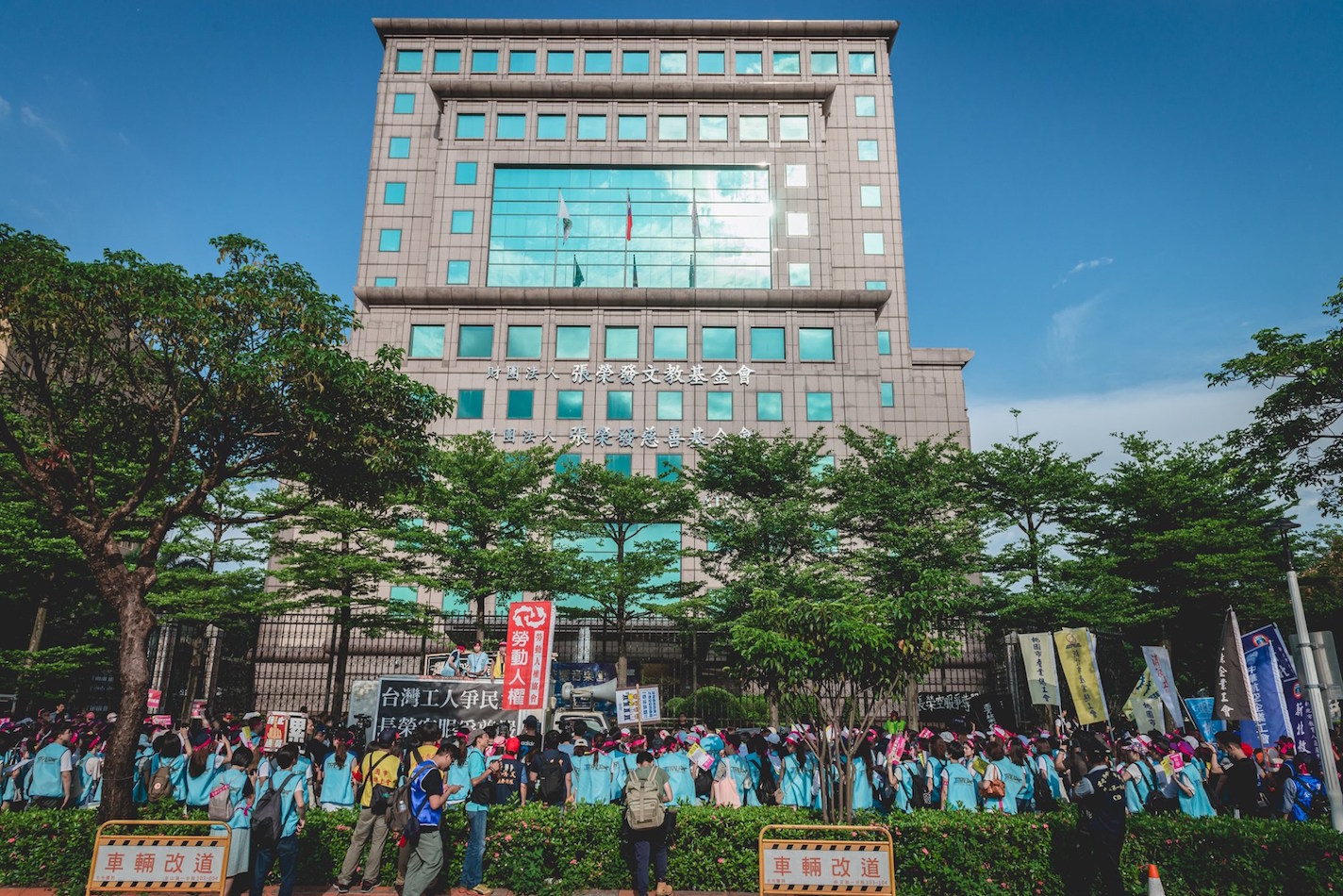 One also notes that, with a wave of labor activity in the transportation industry in past years, calls are on the rise in the media that laws should be passed so that unions can only strike if they provide advance notice of their plans to strike. This would, of course, be a call for unions to only strike at the convenience of the public. Advance notice of strikes would also undermine the effectiveness of strikes, allowing management to take steps to undermine strikes or to arrange for scabs ahead of time. It remains to be seen, then, as to whether a negative public perception of the strike, as generated by increasingly prevalent anti-union views in Taiwanese media, will affect the strike going forward.