It’s Taiwan, Not China, Which Stands for the Human Rights of LGBT+ People

AS OF MAY 24TH, same-sex couples can get married in Taiwan. Legislation passed last week fulfills the 2017 ruling by Constitutional Court which states that prohibiting same-sex marriage is against the constitution. The passage of this law also shows that Taiwan shares the values of democracy, freedom, and human rights with other developed countries internationally, and significantly, that Taiwan is a different country than China, which has enforced regulations undermining the rights of its LGBT+ residents. 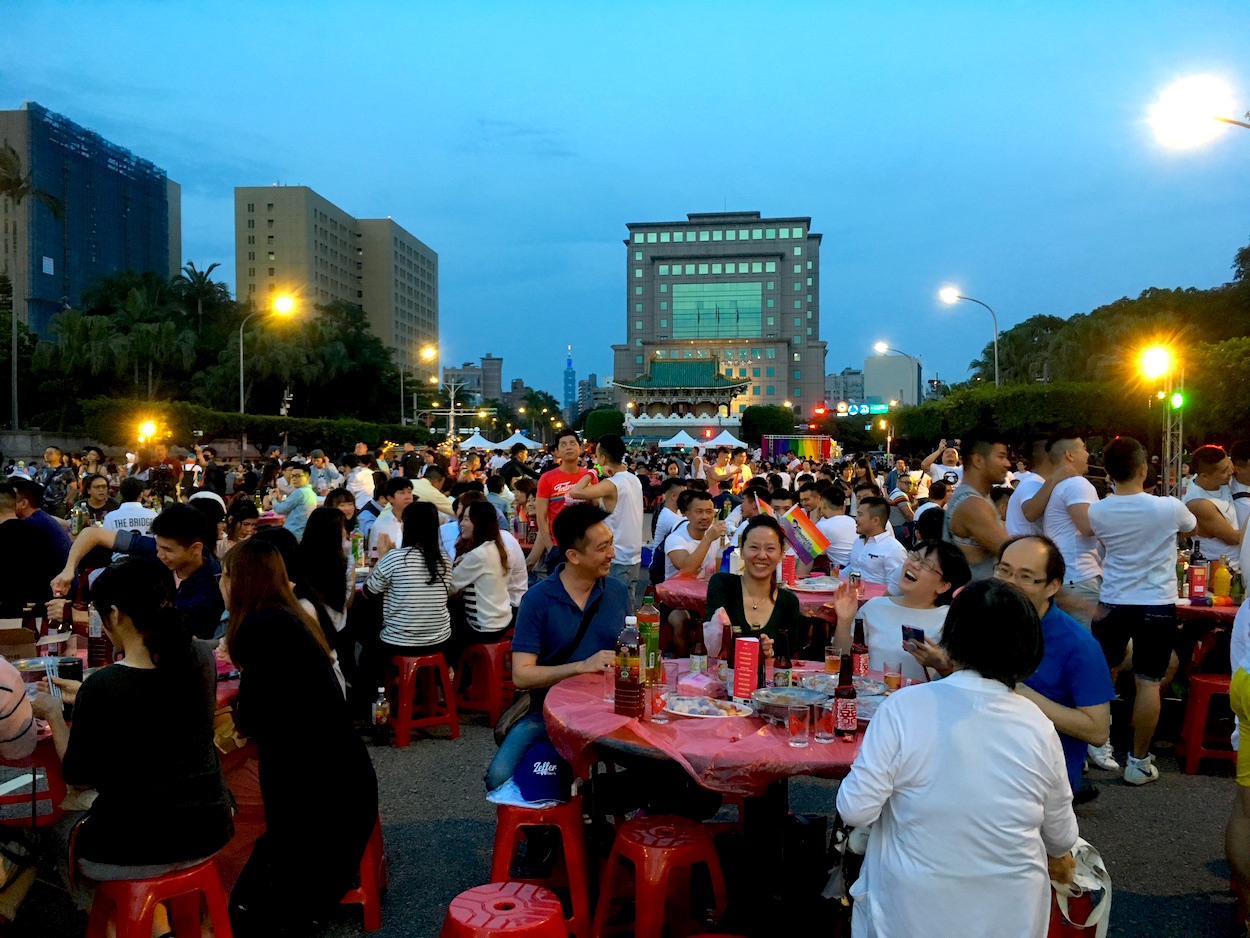 Taiwan is a democratic country in East Asia: it has already experienced three party alternations, which is impossible in today’s China, and in which no alternation of political parties has ever taken place. However, Taiwan’s democracy did not come without struggle. Over the past few decades, the Taiwanese people have protested against the authoritarian KMT. From the late 1940s to the 1990s, KMT not only enforced the martial law but also murdered what some think to be as high 140,000 people during the February 28 Massacre and the White Terror.

Thanks to the efforts made and even lives sacrificed by activists at that time, the Taiwanese people can now elect their presidents through a popular vote, which is fair, impartial and open, unlike some of the “elections” that take place in our hostile neighbour of China. Moreover, Taiwan’s Parliament passed the Act on Promoting Transitional Justice in 2017 and established the Transitional Justice Commission in 2018 to rectify injustices committed by the authoritarian KMT government. It is almost impossible to see such governmental agency established in an autocratic regime like China.

Indeed, unlike this hostile neighbour, Taiwan shares the value of freedom with the world. To name just a few examples, Taiwan ranked first in Asia and 42nd around the globe in the World Press Freedom Index by Reporters Without Borders (while China ranked 176). Researchers and scholars in Taiwan do not have to worry about being censored; they can publish any articles they would like, including those about “sensitive issues” such as the 1989 Tiananmen Square protests (or the June Fourth Incident). In the 2019 Freedom of the World Report by Freedom House, Taiwan ranked 26th and acquired a score of 93, while China’s score was only 11. The list goes on, and Taiwan clearly shows that it shares and offers to the world the values of freedom.

It is also worth noting that Taiwan has continued to progress in the past few decades in terms of human rights. Although Taiwan is brutally denied means by China to contribute to the global community through organisations such as the United Nations, Taiwan protects the human rights of its residents by voluntarily enforcing numerous international conventions. For example, Taiwan has passed laws to follow the Convention on the Rights of the Child, the Convention on the Elimination of All Forms of Discrimination Against Women, the Convention on the Rights of Persons with Disabilities, the International Covenant on Civil and Political Rights, and the International Covenant on Economic Social and Cultural Rights. 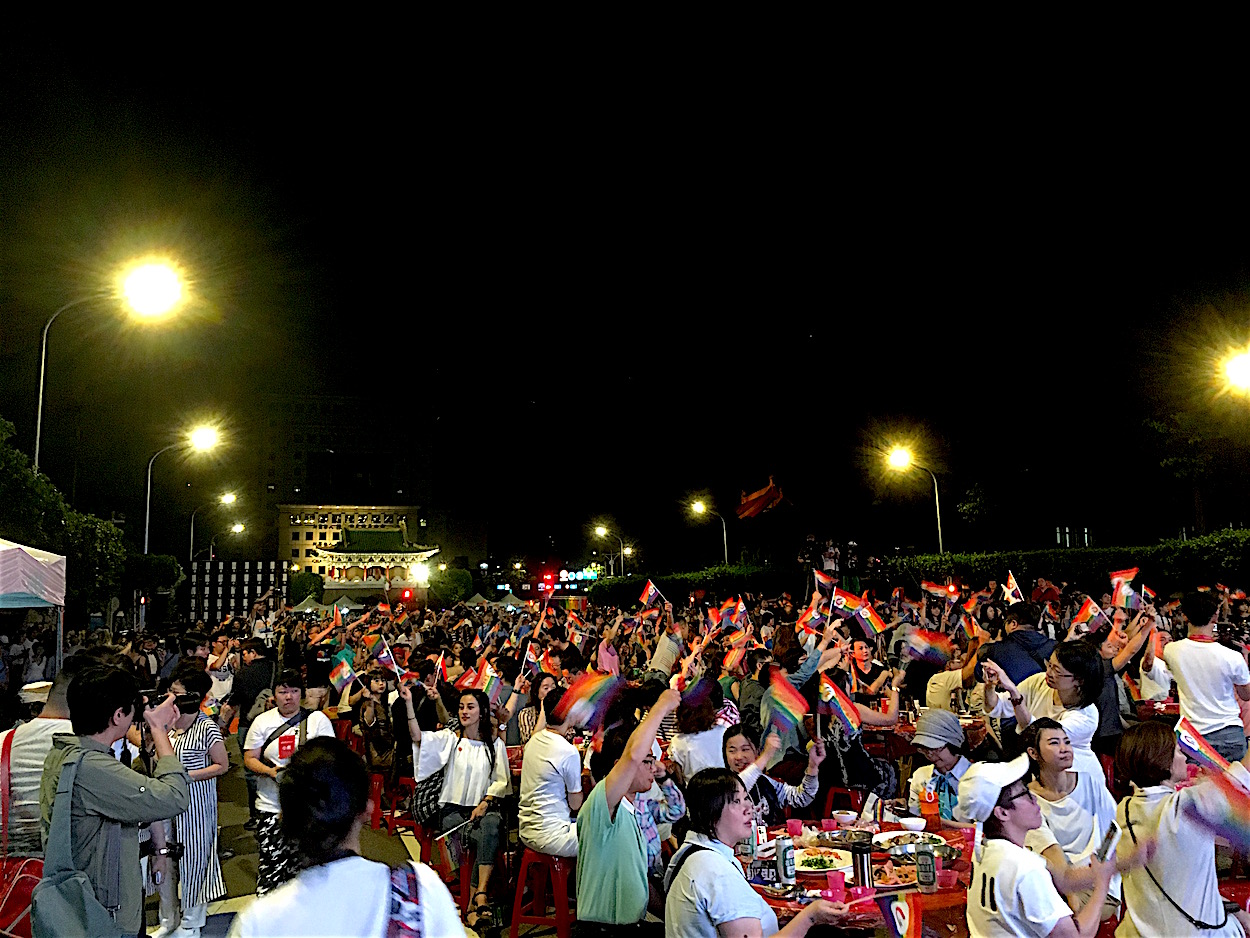 In addition, Taiwan performs strongly in human rights. In terms of gender equality, Taiwan ranked 8th in the world, as well as 1st in Asia, in the Gender Inequality Index published by UNDP, in which the higher the rank, the better the gender equality of any country. Surpassing countries like the UK, Singapore, Japan, South Korea, and China (as if there were a democratic parliament in China, to begin with), 38% of the members of the Taiwanese legislature are female. Not to mention that Taiwan just became the 25th country around the world, which legalised same-sex marriage.

I hope that gay and lesbian couples all around the world, including in China, can be allowed to get married as soon as possible. I also hope that the ruling party of China, Communist China, could share the values of freedom, democracy, and human rights with its people and the rest of the world. I sincerely hope that the Taiwanese people can live without fear and pressure put by China, can join the international community with respect and dignity, and do not need to defend their identity of being “Taiwanese” and not “Chinese” soon after making any self-introduction in the future. Hopefully, with recognition of this achievement by the international world, the legalisation of gay marriage in Taiwan can contribute to that.