Growing Controversy Regarding Gay Marriage Bills Under Discussion in Legislature

AHEAD OF THE May 24th deadline set by the Council of Grand Justices in its original ruling in May 2017 that gay marriage in Taiwan needed to be legalized by, concerns are on the rise regarding the three gay marriage bills currently under discussion in the legislature. Namely, of the three bills currently under consideration, one bill currently framed as bipartisan in nature may, in fact, be the most discriminatory of all against same-sex couples, and another bill would likely deny same-sex couples the right to adoption.

According to the ruling by the Council of Grand Justices, it was required that same-sex marriage be legalized within two years. In the absence of any action by the legislature within the two-year deadline, same-sex couples will automatically be granted the same rights as heterosexual married couples.

Yet after demonstrations against marriage equality by anti-gay groups led by Christian activists, the Tsai administration dropped overt support of marriage equality, leading to legislative efforts to legalize gay marriage to stall. The results of a referendum on gay marriage held concurrent with nine-in-one elections last November also resulted in the majority of the Taiwanese public voting against gay marriage. The Executive Yuan nevertheless put forward a version of same-sex marriage bill after the referendum, stating that this would comply with both the ruling by the Council of Grand Justices and the results of the referendum, which are legally binding.

This same-sex marriage bill fell far short of marriage equality. For example, according to the bill, gay couples would not be allowed to jointly adopt children unless they are the biological children of one of the members of the couple. More than likely, this will lead to circumstances in which one member of a gay couple will adopt a child, but not both. Taiwan currently has no surrogate mother system and the law did not make any provisions for this. Same-sex marriages between Taiwanese and foreigners will only be recognized if both countries recognize same-sex marriage, and pathways to Taiwanese citizenship for such foreigners remain unclear.

Nevertheless, in the wake of the results of the referendum, the bill was cautiously embraced by many gay marriage advocacy groups with the tactical consideration that they would likely not be able to secure any better bill and could lose even the gains made by the bill. Again, the referendum results had just indicated that a majority of the Taiwanese public was opposed to gay marriage.

Apart from the Executive Yuan’s version of the bill under consideration in the Legislative Yuan, as supported by advocates of marriage equality such as legislator Yu Mei-nu of the DPP—though still criticized with regards to its shortcomings—two other versions are also under consideration.

The first is sponsored by legislator Lai Shyh-bao of the KMT, and is backed by the Happiness of the Next Generation Alliance, a key force in organizing against gay marriage last year during the referendum. This version of the bill has advanced to a second reading. It may deny gay couples the right to adoption altogether, claiming that “a same-sex family member should sign documents with the other same-sex family member to exercise the right to joint custody,” but avoiding discussion of adoption. As such, the NPP has attempted unsuccessfully to block this bill from proceeding further in the legislature at various points in previous months. 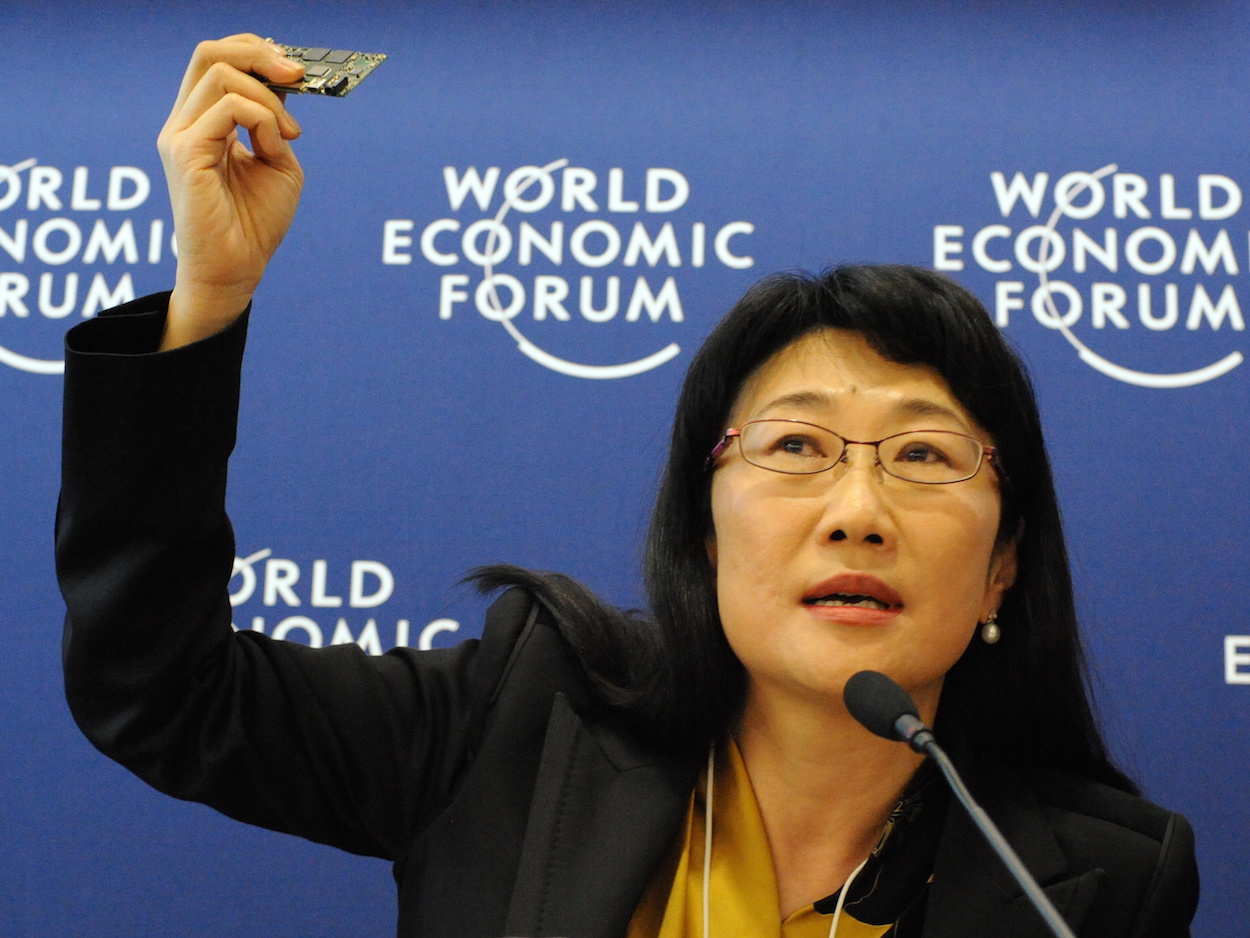 Nevertheless, another version of the bill that has also advanced to a second reading, sponsored by HTC chair Cher Wang, DPP legislator Lin Tai-hua, and backed by Wang’s Faith, Hope and Love Foundation, has also raised concerns. Namely, this bill provides the provision for same-sex marriages to be dissolved if courts rule that a marriage is not for the purpose of “living life together”, allowing prosecutors and social welfare agencies to file to dissolve marriages. This could, among other things, potentially open a legal path for families to try and dissolve same-sex marriages they do not approve of, though the bill claims that this is in order to prevent “fake marriages.”

Both bills seek to exclude same-sex unions from the definition of marriage. This is something that anti-gay groups have been adamant on, with the view that if same-sex unions are admitted to the legal definition of marriage, this would be disruptive of the institution of the family, seen as the fundamental bedrock and building block of society in the eyes of generally Christian fundamentalist anti-gay groups. Lin’s version of the bill uses the term “same-sex family members” in lieu of “same-sex marriage,” while Lai’s version of the bill uses the term “same-sex unions.”

To this extent, some suspect that the DPP may be putting on a show of compromising when it still intends to drag out the legislative process until the May 24th deadline, so that same-sex couples will automatically receive the same benefits as heterosexual couples. This could, in fact, be the best outcome possible at this point. Yet this may be giving the DPP too much foresight when the DPP’s deep splits on the issue of gay marriage and the Tsai administration’s waffling on its stance on gay marriage are what allowed the issue to drag on for so long and become so complicated. 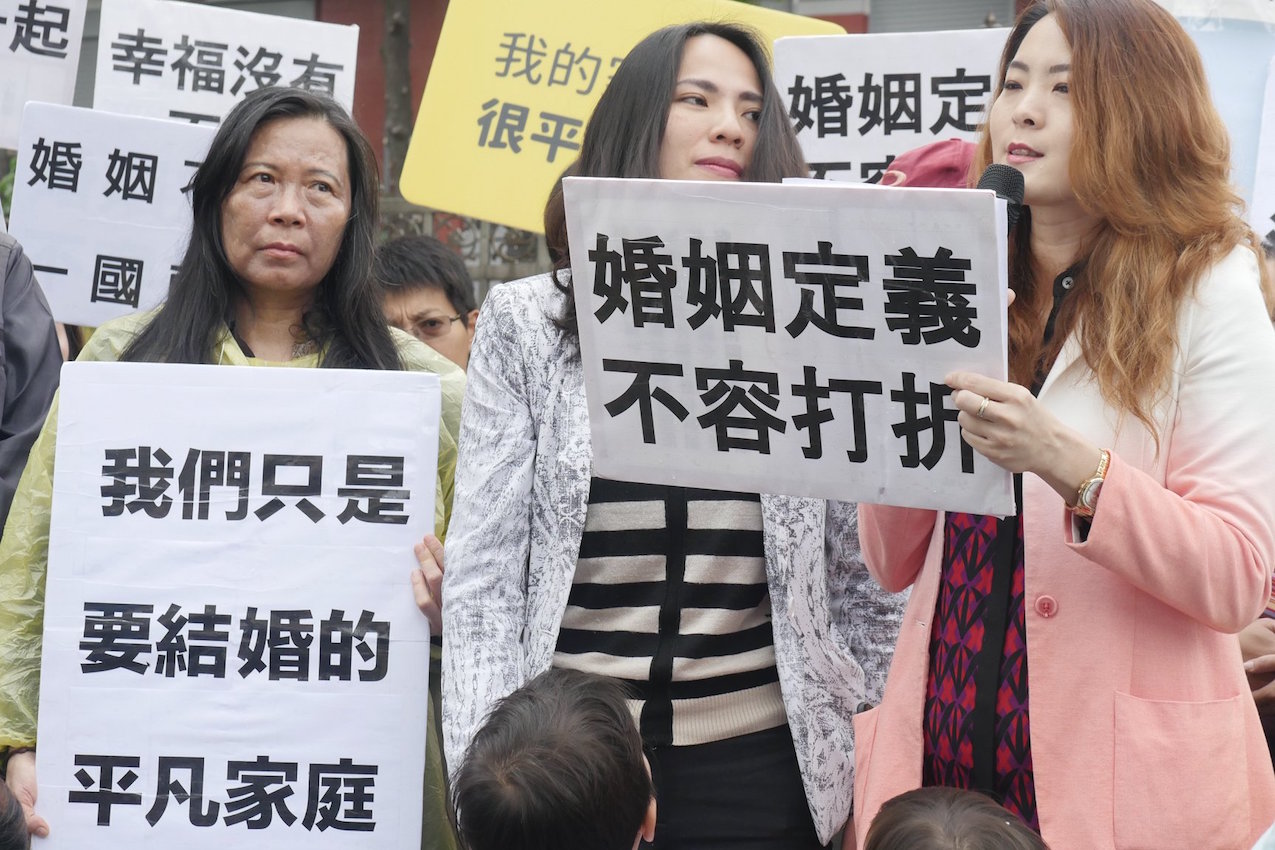 Otherwise, gay marriage advocacy groups are preparing for mass weddings to take place on May 25th, one day after gay marriage should, in theory, pass into law. Questions have been raised regarding whether local government offices are prepared to register for same-sex marriages on the 24th, however, with some local government offices seeming to have not changed their systems to account for gay marriage, or not having prepared the necessary paperwork.

It is to be seen as to whether this will lead to disruption of gay marriage registrations on May 24th. As the controversy regarding the confusing voting process during last year’s national referendum also indicated, nationwide bureaucratic confusion regarding ill-prepared paperwork is far from unheard of in Taiwan, whether regarding gay marriage or otherwise. Yet in general, much remains up in the air regarding marriage equality in Taiwan as the clock ticks down to the May 24th deadline.