With Han Drafted, Is the KMT Presidential Primary Shaping to Be Han Versus Gou?

Nevertheless, it still came as a surprise when Gou announced on April 17th that he would indeed be seeking the presidential nomination, claiming that the sea goddess Mazu had come to him in a dream and told him that he must run. Namely, Gou has been unusually quiet about any presidential ambitions in the last year, apparently overshadowed by Han. It was also announced earlier today that the KMT would indeed draft Han for the presidential primary. 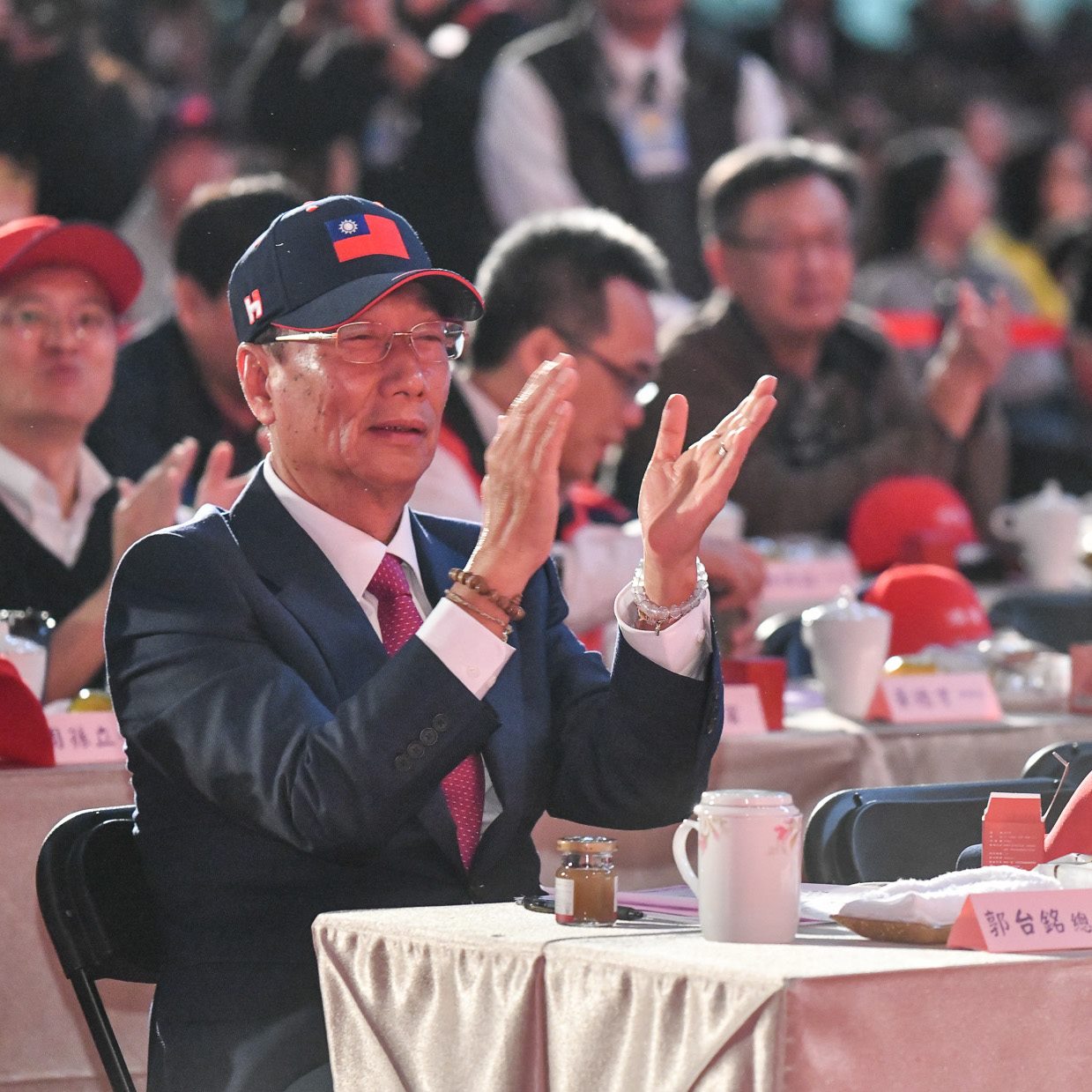 Gou seems to have had presidential ambitions for some years, as observed in unusual attempts to try and get young people on his side during the Sunflower Movement in a manner which broke from the rest of the KMT, apparently cognizant of the need to win the youth vote for the party in a manner that other KMT members were not at the time. Gou also lent the party money through former chair Hung Hsiu-chu because the party was cash-strapped as a result of the DPP’s probe into illicit assets retained by the party into the democratic period, likely a move aimed at consolidating his credibility within the party. Gou would be an ideal candidate for a cash-strapped KMT because, as Taiwan’s richest man, he would likely be able to fund his own campaign.

Gou seems to have been overshadowed in the past year, however, by Kaohsiung mayor Han Kuo-yu, whose rise from obscurity to superstardom many have been at odds to explain. Interestingly, Han’s public persona is similar to that of Gou, with Han touting his business successes as former CEO of the Taipei Agricultural Products Marketing Corporation, and a similarly brash, unpolished persona with the media.

With Han clearly being the KMT’s most popular politician at present, before the announcement of his drafting earlier today, calls had been on the rise within the for others who tried to put themselves forward as candidates for KMT party chair to step aside for Han. It is notable that Han has quickly come to overshadow other possibilities for presidential candidate former presidential candidate and New Taipei mayor Eric Chu, current party chair Wu Den-yih, and former Legislative Yuan majority speaker Wang Jinpyng, who was one of Han’s benefactors during his mayoral run for Kaohsiung mayor. 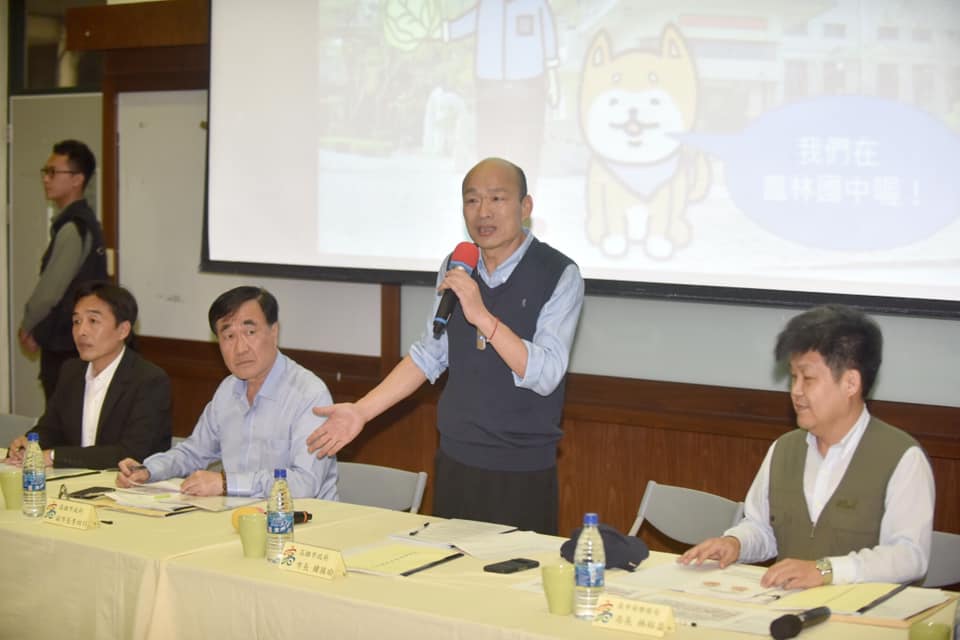 Han remained coy before being drafted, stating that he did not wish to abandon the city of Kaohsiung so soon after being elected and that he did not wish to engage in the backroom dealings by which the KMT usually decides its presidential candidate. It is very probable that Han was angling to be drafted by the party, which would allow Han to avoid in-fighting with other party heavyweights, and strengthen his position above others within the party if it was the party which comes to him, rather than Han aiming for presidential candidacy on his own and risking being perceived as overly ambitious for a newly minted mayor.

Some have suggested that Gou could be a challenger to Han, based on polling. But it is well established in Taiwan that the majority of polling in the media—outside of academic polling released after the fact, without an eye to influencing elections—is highly unreliable.

It is generally the tendency that any new individual that throws their hat into the race for a political race quickly becomes the new favorite, in terms of media polling. The meteoric rise and fall of many political figures in past decades should be sufficient proof to the contrary that polling in the media is any adequate predictor of electoral outcomes. One observes this, for example, in the sudden marginalization of Taipei mayor Ko Wen-je, whose presidential ambitions have also long been speculated about, and who was considered as possibly being the most popular politician in Taiwan just a year ago—yet whose presidential chances seem increasingly slim. 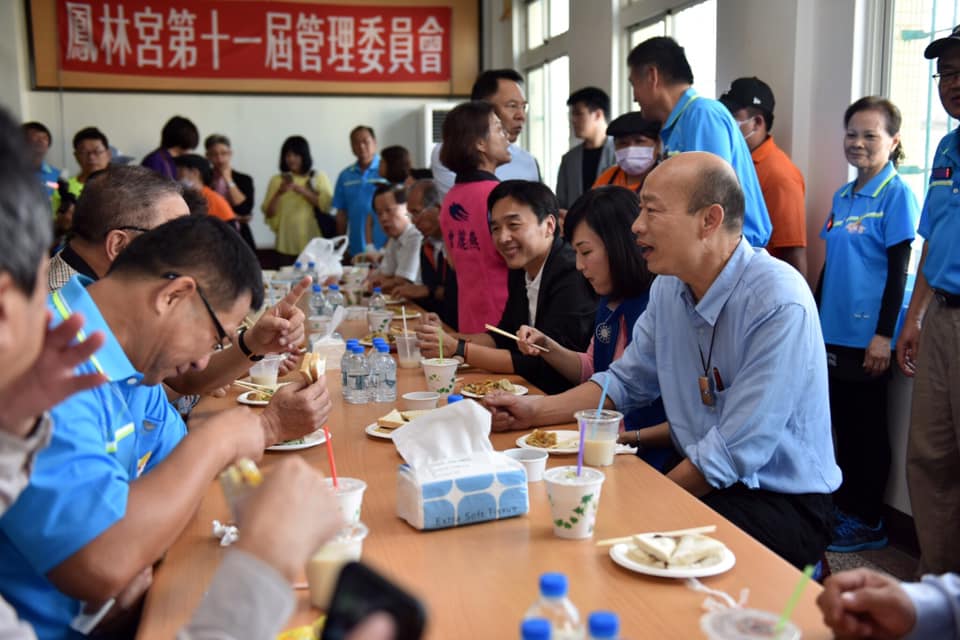 And the omnipresent media coverage of Han which one has seen since 2018 elections continues, with little attention actually given to Gou. Whatever polling states, it should be clear that the media focus continues to primarily be on Han, and this will be to his advantage.

At the same time, it is not impossible that the KMT will angle for Gou and Han running on the same ticket. This might be to the KMT’s benefit, seeing as Gou could still lend his sufficient resources to the campaign. Gou also benefits from a marginally more US-friendly image as a result of ties between him and American president Donald Trump, which could allay the fact that many accuse Han of being propped up by Chinese attempts to interfere in Taiwanese elections. It remains to be seen if this will be the case.