SOUTHEAST ASIAN migrant workers, primarily women from the Philippines and Indonesia, rallied against sexual harassment, sexual assault, and racism in Taipei Main Station last weekend. The rally was held as part of the One Billion Rising global movement against sexual harassment and sexual assault, which has seen a revival in the Philippines in recent years. Many of the participating workers requested the day off ahead of time to participate in the demonstration, even though that might have been their only day off that month.

Organizing in the Philippines around One Billion Rising in recent years has partly been a response to growing public anger against frequently misogynistic comments by Filipino president Rodrigo Duterte, who has joked about rape on numerous occasions, even claiming that he once sexually assaulted a domestic worker and joking to soldiers that they could rape women with impunity. These comments provoked strong reactions from women’s groups in the Philippines at the time. 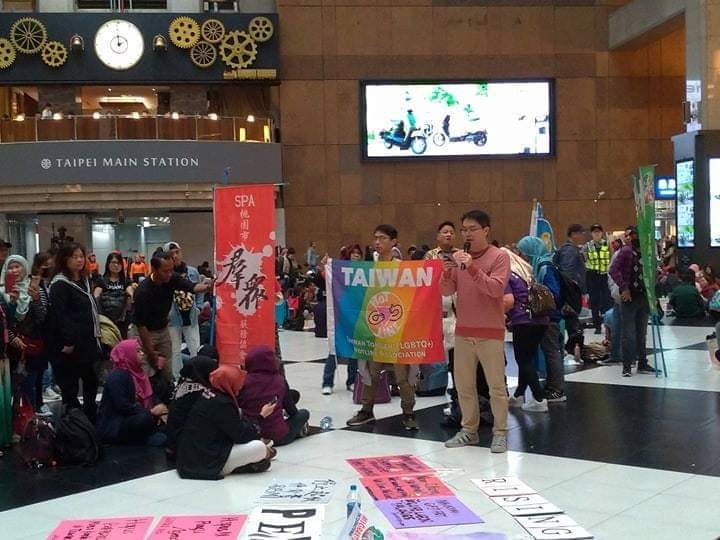 Demonstrations in Taipei Main Station take the form of not only talks and demonstrations, but also creative protest actions intended to draw media attention, such as flash mobs, dances, or musical performances. However, apart from some investigative media outlets and some smaller media outlets specifically focused on migrant workers, Taiwanese media has generally failed to be attentive to the plight of migrant workers in Taiwan.

Likewise, discriminatory cultural attitudes prevail, as observed in comments by Kaohsiung mayor Han Kuo-yu referring to Filipina women as “Marias”, in suggesting that workers from the Philippines would be unfit to teach English in Taiwan because Taiwanese would not accept “Marias” teaching English. “Maria” is a derogatory term in Taiwan used to refer to Filipina female migrant workers. 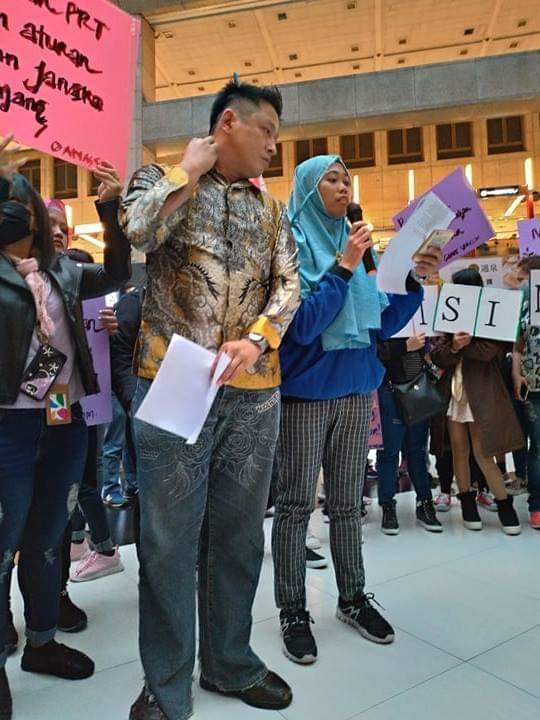 Han’s comments, which were also criticized during the rally, led to much public backlash at the time. This led Han to later try and claim that his comments were merely a “metaphor”, rather than reflective of his own views, though it should be noted that Han has made a number of sexist comments not unlike those by Duterte in the past.

This may only contribute to why it proves so difficult to address such issues, seeing as Taiwanese society scarcely wishes to confront itself in a mirror darkly. And while Taiwanese politicians may pay lip service to the idea of female migrant workers becoming part of society, as observed in no less than Taiwanese president Tsai Ing-wen spotlighting female migrants during her presidential inauguration in 2016, few actions are taken to genuinely improve the condition facing female migrant workers on a material basis.