THE CASE OF Hsieh Chih-hung proves another case in Taiwan of a death row prisoner who has served decades on death row on the basis of inconclusive evidence. Earlier this month, the Tainan branch of the Taiwan High Court ruled that the case will go to retrial.

The Hsieh case is one of several cases that advocacy groups against the death penalty have been working on for several years, with the view that among the forty or so individuals currently on death row, Hsieh is likely innocent. Hsieh has been on death row since 2010, with the original sentencing having taken place in 2001 after a ruling by the Tainan High Court. Seven subsequent retrials sentenced Hsieh to the death penalty until the retrial was granted earlier this month, with the Supreme Court previously also handing down the death penalty to Hsieh. 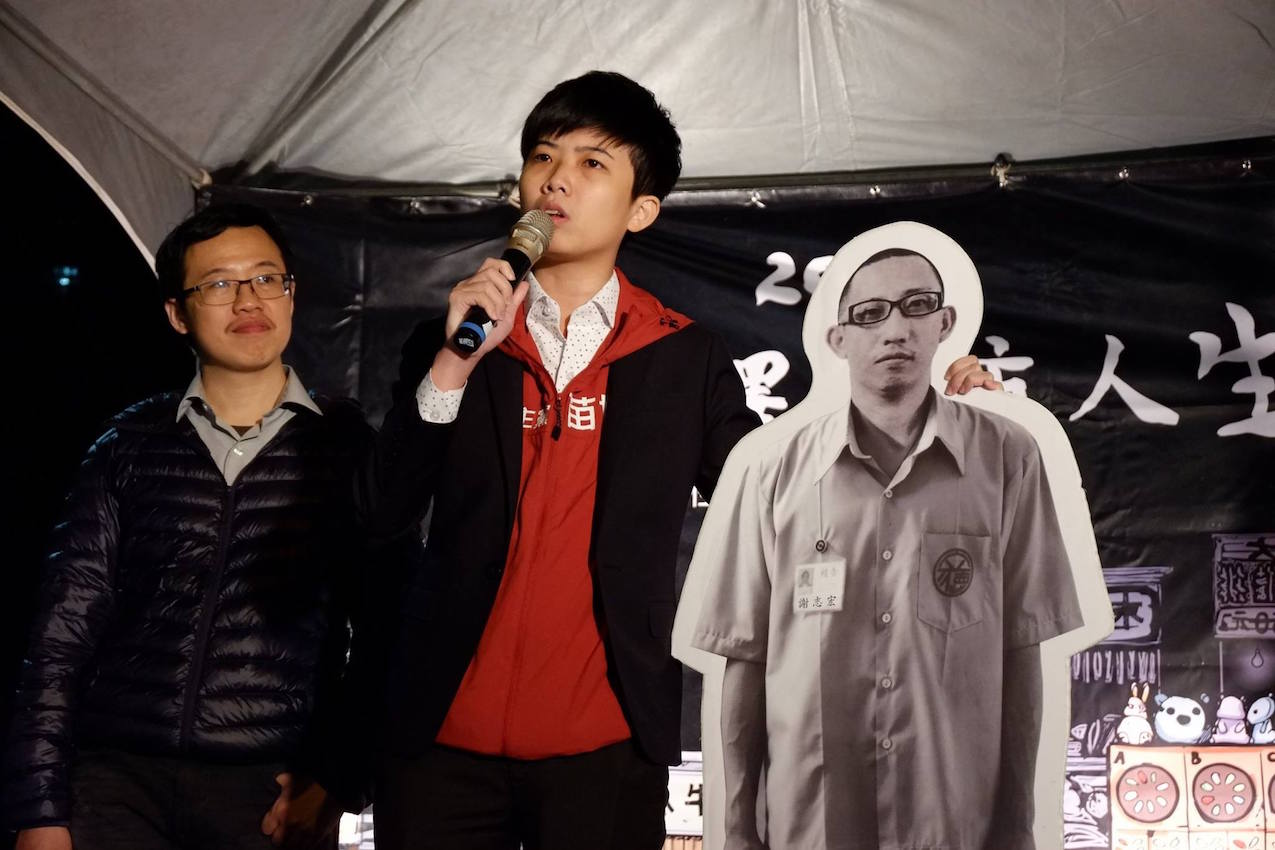 Miao Poya of the Social Democratic Party giving a speech while holding up a cardboard cut-out of Hsieh Chih-hung. Photo credit: Taiwan Alliance to End the Death Penalty

In particular, Hsieh was sentenced to death for a double homicide that took place in Tainan in 2000. The double homicide took place after Hsieh and a friend surnamed Kuo reportedly met an eighteen-year-old girl in Tainan and Kuo sexually assaulted her. After this took place, Kuo and the girl began to argue, resulting in the stabbing death of the girl. An older man who was a farmer subsequently passed by and, as a witness to the crime, was also stabbed to death.

Hsieh was sentenced to death after being ruled as an accomplice to the murders alongside Kuo, with the claim that he aided Kuo in killing both individuals. But questions remain about Hsieh’s presence and it seems unlikely that, even if he were present, he participated in the murder. Namely, no traces of blood were found on Hsieh’s clothing or scooter after the murder nor did the knife did not carry any of Hsieh’s fingerprints.

At the time of the sentencing, it was alleged that Hsieh must have aided Kuo in the stabbings because of the fact that the murder weapon lacked a fuller, a groove in a knife designed to make its use easier. It was claimed that Kuo would have been unable to stab the woman and pull the knife out of the body without the help of another individual, seeing as the woman was stabbed 48 times. But subsequent reports on the strength needed to pull a knife without a fuller out of a human body indicate that it would be possible for one individual to pull out the knife by themselves.

Conveniently, police records for the first interrogation are missing, suggesting that it is possible that police tortured Hsieh and the missing evidence is part of a cover-up. But this also makes Hsieh’s legal case comparatively weaker than other cases of death row prisoners who allege being forced into confessions through torture, in which recordings or photographic evidence of the torture have survived. 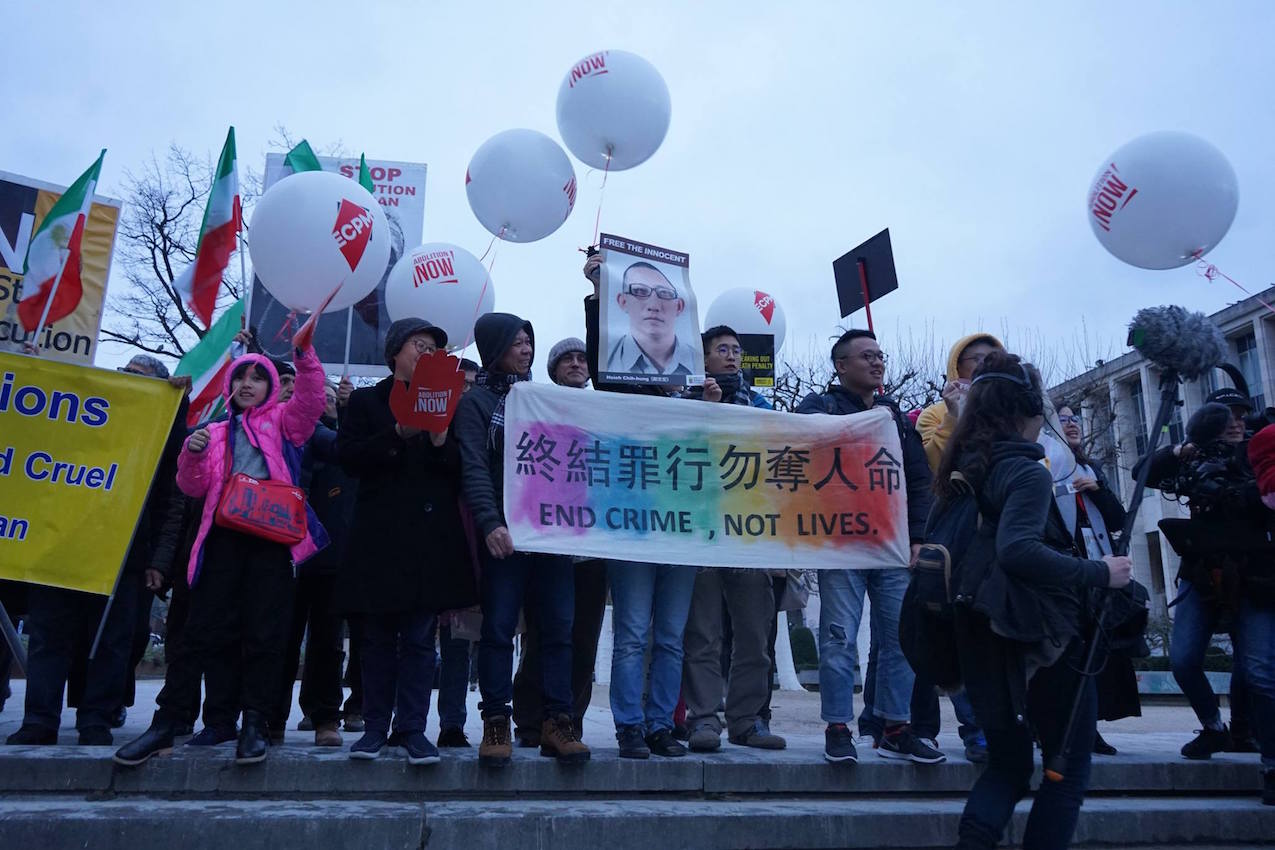 Indeed, missing police records seem to be a major reason as to why Hsieh was previously sentenced to death row, raising a number of questions about how the case was handled by Tainan police in 2000. The basis for Hsieh’s retrial is the emergence of a document in Hsieh’s case file created several hours after Hsieh was arrested, in which Hsieh stated to police where he was and what he had been doing the day of the murder. This document was reportedly not forwarded to prosecutors by Tainan police in 2000.

The Hsieh case thus points to a number of broader issues regarding Taiwan’s criminal justice system, in which sometimes police sometimes give little regard to the basic principle of innocent until proven guilty. Furthermore, the extraction of forced confessions through torture by police is a practice that does occur in some parts of Taiwan, even well into the post-authoritarian period, and convictions on the basis of missing evidence occurs with disturbing frequency, sometimes because police themselves are hoping to cover up wrongdoing.