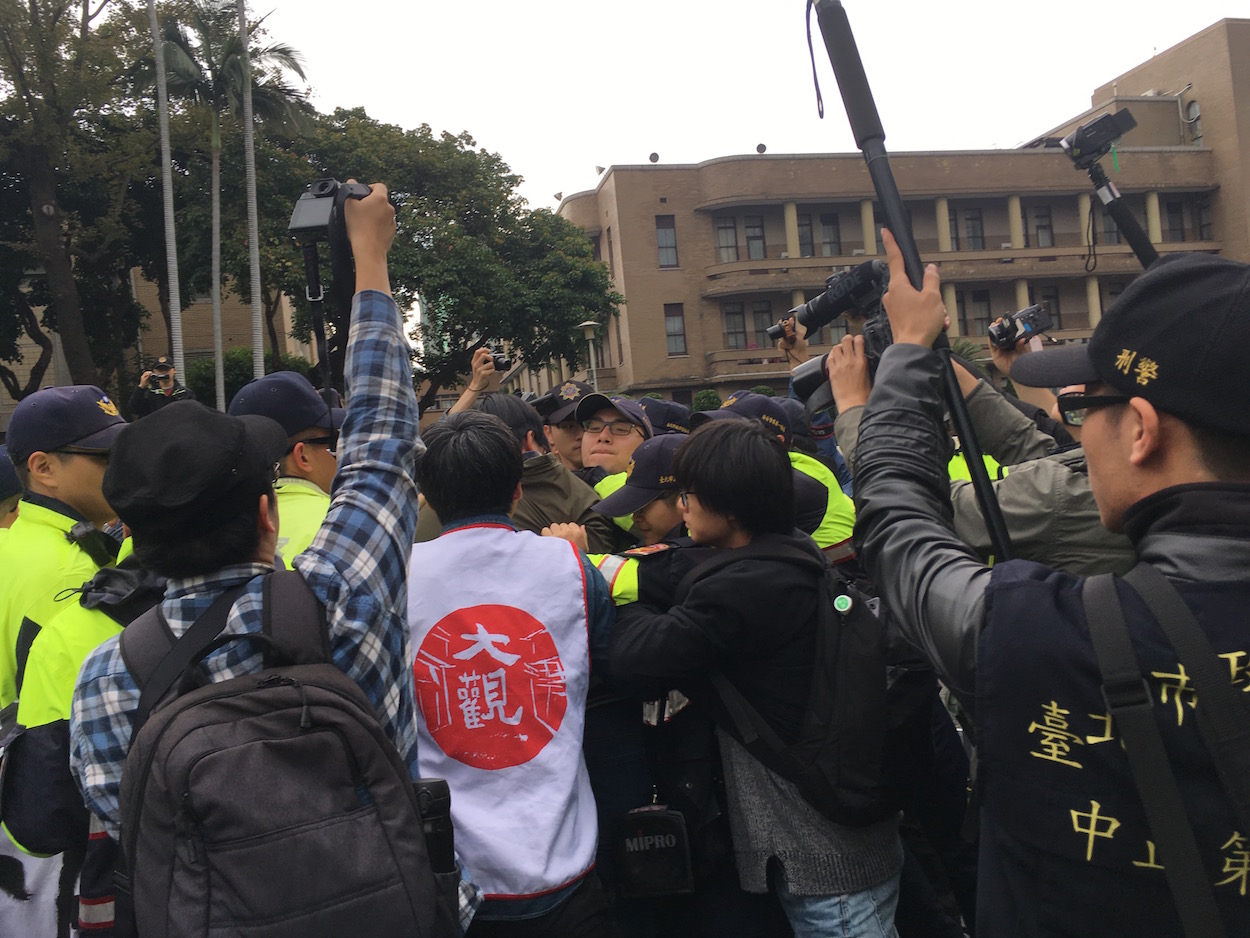 Clashes between protesters and police outside the Executive Yuan on March 6th. Photo credit: Brian Hioe

Daguan Community is a military dependents’ village in New Taipei that was originally slated for demolitions on March 18th. The New Taipei city government gave residents notice to vacate their homes on March 4th, leaving residents with less than two weeks to find new residences.

For their part, Daguan residents state that they paid for their homes when the community was settled or purchased their homes from the original residents and that, either way, they have been living on the land for four or five decades. Residents emphasize that they would not be able to find new homes, and are already too poor to purchase new housing or even afford a move. After having lived for decades in Daguan, they may be too elderly and infirm to be able to adjust to a new environment, and so relocation for Daguan residents could be a literal death sentence. 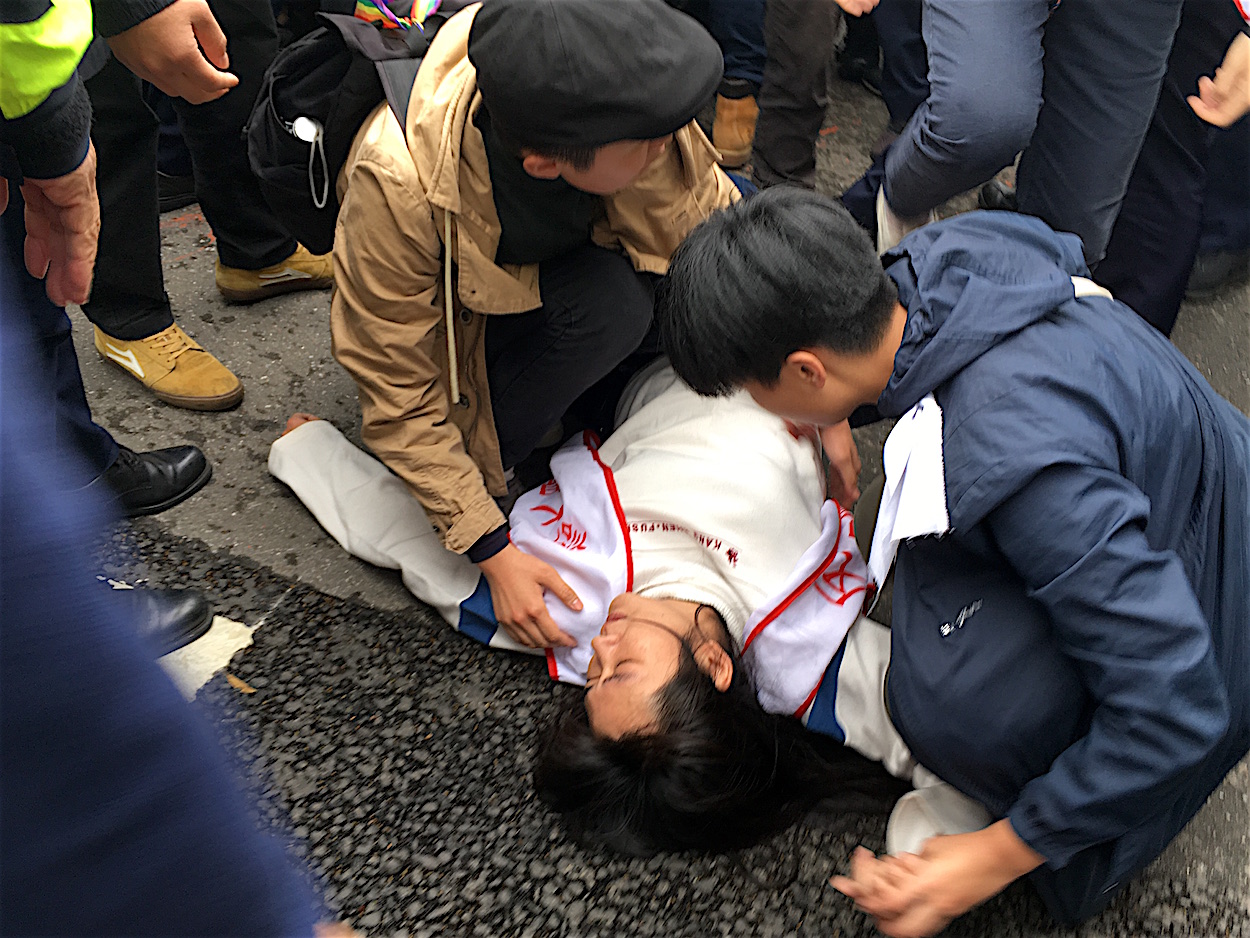 In their demonstrations, Daguan residents have been aided by a number of youth activists, primarily based out of National Taiwan University. Protests in the last month were heated, with clashes breaking out between Daguan residents and supportive student activists with police in front of the Executive Yuan on the morning of March 6th. A protest on March 11th at the Veterans Affairs Council, which should be responsible for veteran’s benefits and welfare, involved spray painting the inside of the building with slogans such as “Oppose Eviction,” “Stop the Cranes,” and “Protect Daguan”.

After the ensuing confrontation between police and demonstrators, twenty demonstrators were dragged off in police buses. The majority of those arrested were students. One student demonstrator became ill during the protest and was sent to the emergency room. Police followed the student to the hospital and took her away for questioning once she had recovered, refusing to allow police to take pictures of her in the hospital despite her being willing to be photographed. Police then detained arrested students for over twelve hours, with Daguan residents gathering outside the Taipei District Prosecutor’s Court to wait until they were released.

A subsequent protest on the morning of March 14th drew several hundred, marching from the Veterans’ Affair Council building to the Presidential Residence, where a sit-in was held on Ketagalan Boulevard. A marathon 9-hour negotiation session between residents and authorities also took place that day, resulting in a deal in which the demolition was temporarily halted in return for residents agreeing to hand over their homes. Residents will have to pay the cost of demolition for their homes but may be provided with resettlement fees around 100,000 NT to lower-income families in the community. 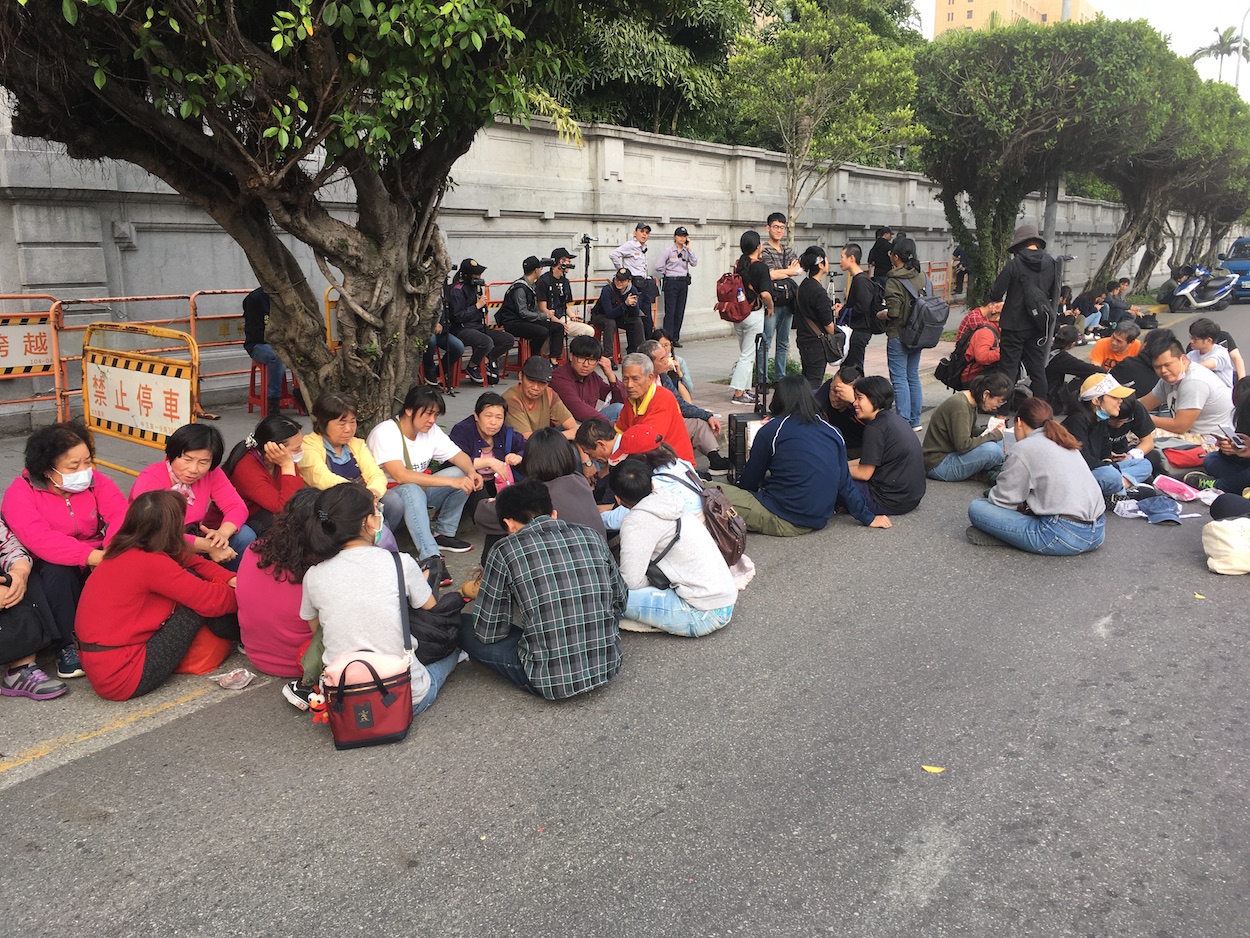 Consequently, it remains possible that Daguan residents will continue to organize protests, in order to fight for their rights in what is still a time of crisis. Similarly, the original settlement plan stipulated that all 21 households in Daguan community would agree to give up their homes, but that if any resident decided to renege on this promise this would mean the immediate demolition of the community as a whole. As such, it is also not impossible that events in subsequent days and weeks will still lead to the demolition of the Daguan community.