In particular, demonstrators demanded an answer from the Veteran’s Affairs Office as to whether it intended to negotiate on behalf of residents or provide for their resettlement. However, in the absence of any answer from the Veteran Affair’s Office, demonstrators sprayed the inside of the Veteran’s Affairs Office with protest slogans reading “Oppose Eviction,” “Stop the Cranes,” and “Protect Daguan”. 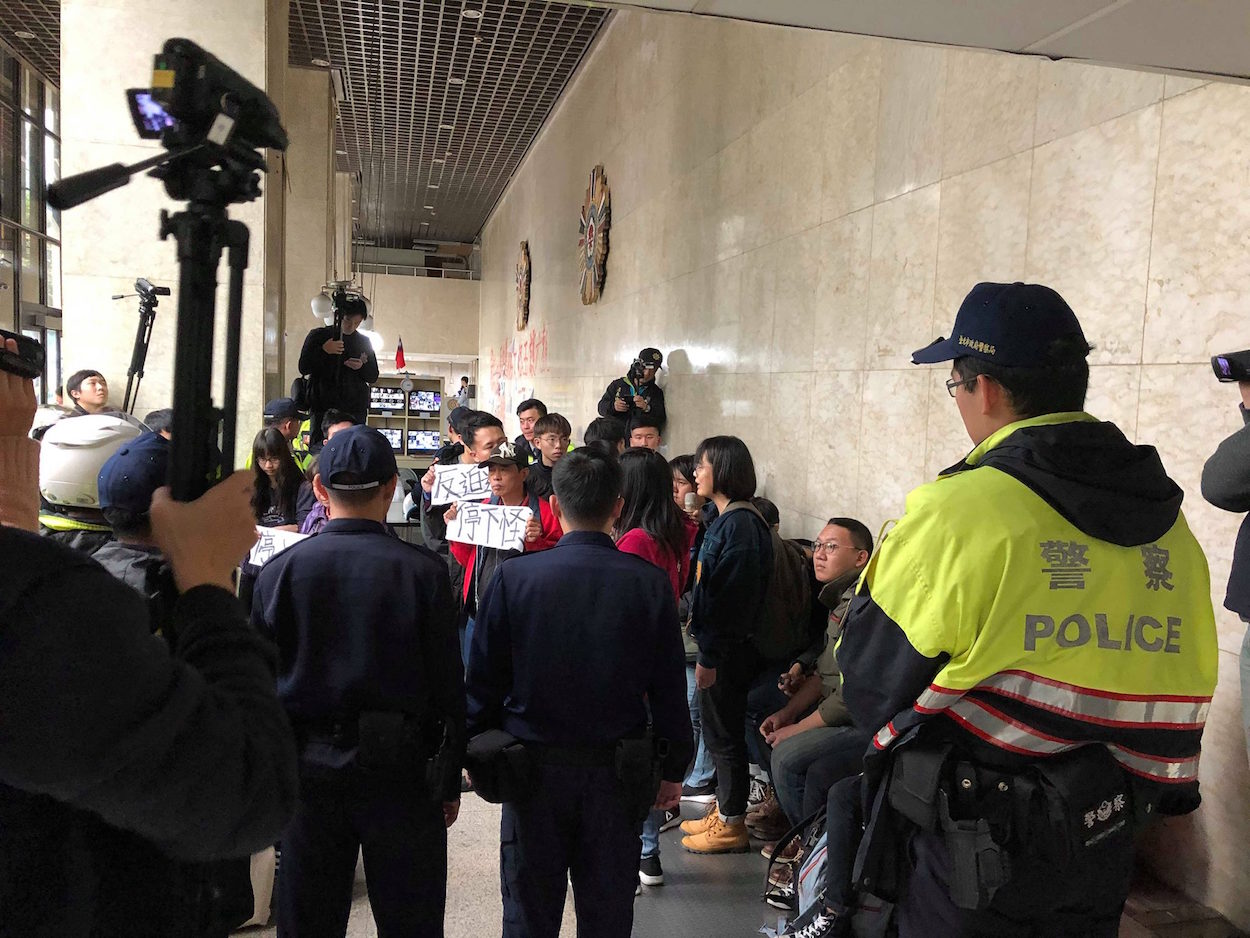 The ensuing confrontation with police went on for approximately one and a half hours, leading to twenty protesters being arrested and dragged off in police buses. The majority of those arrested were student activists but included two or three Daguan Community residents. In this process, one student activist became ill and was sent to the emergency room.

In the hospital, police prevented media from taking photos of the ill protester, although she was willing to be photographed. Subsequently, once the protestor recovered enough to be moved, police took her away for questioning, provoking much outrage from Daguan residents regarding the treatment of a young college student.

Livestream of the confrontation between Daguan residents, their supporters, and police. Film credit: 林庭如/Facebook

Lawyers for the students have stated that they do not expect students to be released overnight, meaning that students have been detained for close to twelve hours. As such, demonstrators intend to continue waiting overnight. That being said, it is possible that the police will take action during the night to forcibly drive away demonstrators waiting outside of the Taipei District Prosecutor’s Office, having warned demonstrators regarding noise.

Daguan Community residents have been demonstrating against plans to evict them from homes that, in some cases, they have occupied for forty or fifty years. Many Daguan residents are elderly, impoverished, and suffer from chronic physical ailments. Likewise, having occupied the neighborhood for so long and being old enough to not be able to adapt to a new living environment, residents view eviction as a possible death sentence. This is why Daguan residents reject claims that their demonstrations are irrational because would benefit if they are resettled into expensive, high-rise apartments—which, in any case, the government has not offered to Daguan residents as a form of settlement, as is the case with other eviction cases in Taiwan.

Daguan residents currently face an eviction deadline of March 18th, when the government intends to forcibly come in with cranes and demolish the neighborhood. Daguan residents were given only two weeks notice to resettle. Daguan residents emphasize that they have nowhere to go in such little time and that they cannot resettle themselves in such a short period of time. To this extent, parts of Daguan community have already been forcibly demolished and are already in ruins. 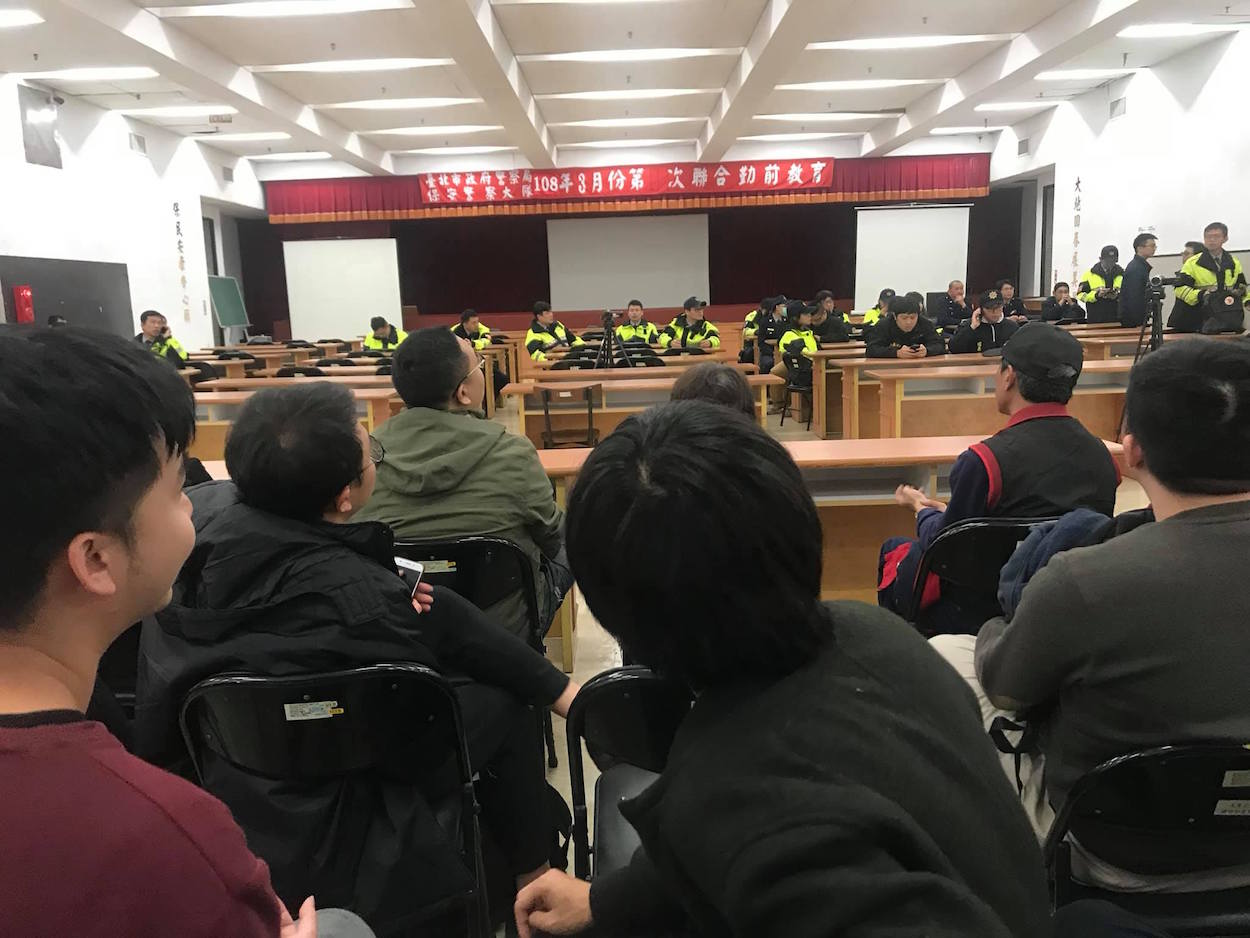 While residents state that they purchased their homes at the time or inherited them, the government claims that residents are not the original residents of the military dependents’ village and are illegally occupying the land. On the other hand, residents and supportive youth activists have accused the government of seeking to deprive the underprivileged of their land, possibly because they are acting on behalf of development companies or other commercial interests that promise kickbacks if the current residents or driven off.

Demonstrators also raise that it is possible that after residents are evicted, the land may simply remain undeveloped empty land for years to come, as is the case with many development projects in Taiwan. Although the government has stated that it will provide a month’s stay in a hotel for residents, the government reportedly also intends to fine residents millions of NTD for what they view as illegally occupying the land. 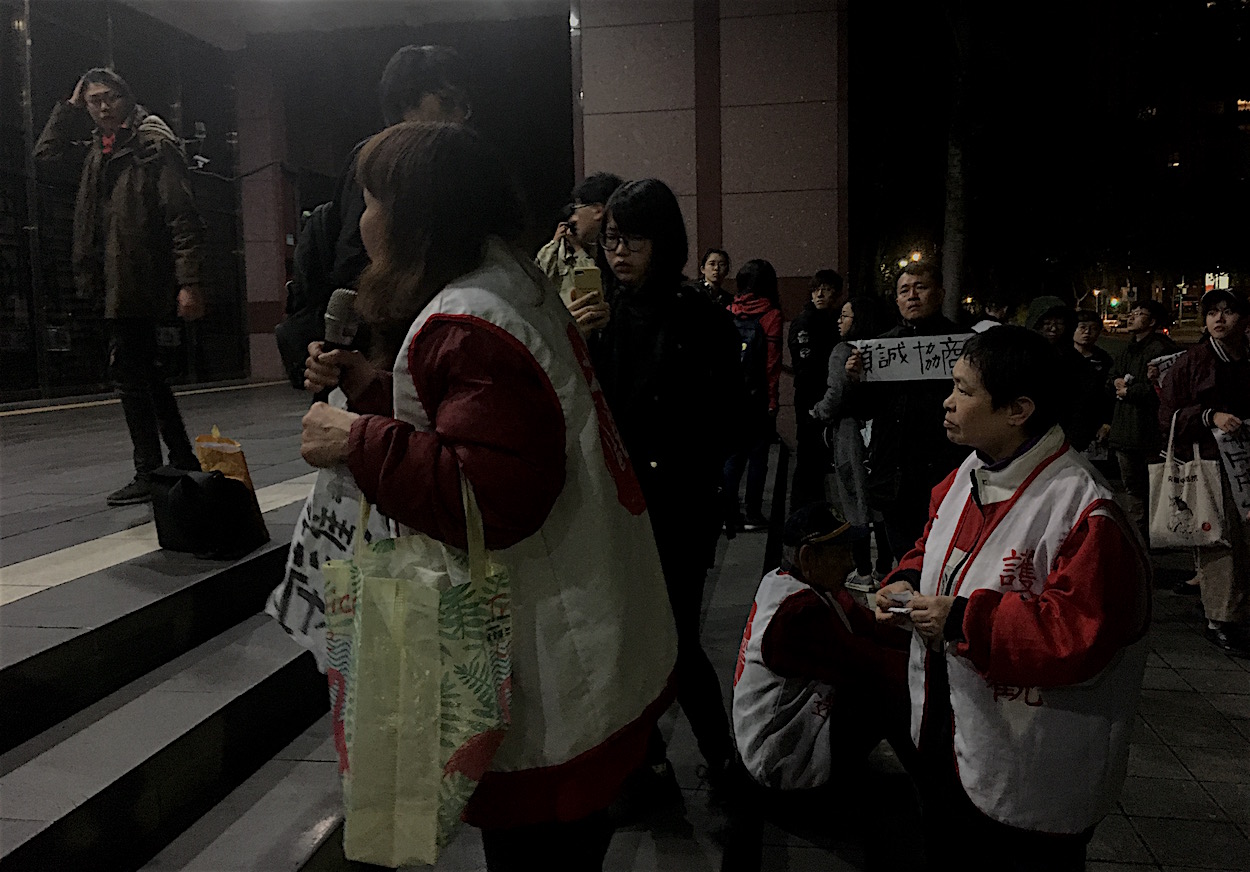 In order to ensure that the relevant government organs at all levels are aware of their plight, Daguan residents have protested the New Taipei city government, central government, Veteran’s Affairs Office. Premier Su Tseng-chang has been a focus of protests because he is a former New Taipei mayoral candidate and, as the current premier, he would have the authority to intercede on behalf of Daguan residents.

Nonetheless, in most cases, government representatives have claimed that they are unable to address the issues faced by Daguan residents. At other times, representatives government bureaus have attempted to pass the buck between each other at the local and central level.

Residents of Daguan have drawn connections between their plight and those of other military dependents’ villages, such as Huaguang Community, Shaoxing Community, or others, which have also faced eviction threats in recent years. But while media attention to other military dependents’ villages has led Tsai administration to pay lip service to providing for the socially precarious, unlike the KMT in its years in office, Daguan residents have been critical of the fact that the Tsai administration has not followed through with such promises with regards to them. 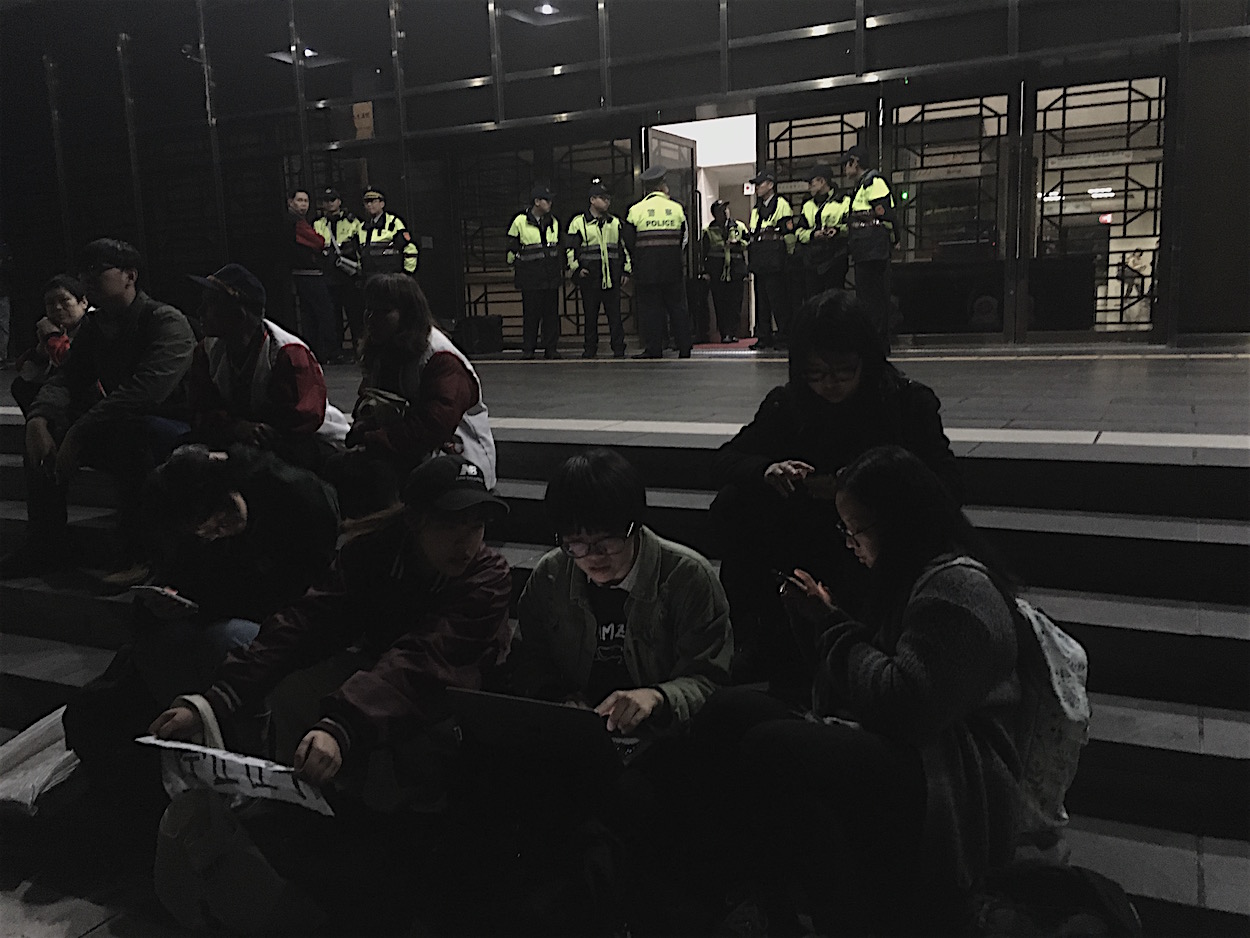 With less than a week left until the eviction date, one expects protests by Daguan residents to not only continue but to see an escalation. Similarly, demonstrations last week outside the Executive Yuan led to clashes with police, with video footage emerging in the past day showing that police attacked demonstrators first. Whether or not the Tsai administration will take any action on behalf of Daguan residents or simply plans to ignore them remains unknown. However, whether the Tsai administration acts or not may depend on social pressure regarding whether the public is attentive to the plight of Daguan residents or not. The coming days will be critical for the Daguan struggle, then.