THE 2019 TAIPEI International Book Exhibition kicked off on Tuesday with an author’s award ceremony presented by Eslite Bookstore. Three authors from Hong Kong, Taiwan, and China respectively–Albert Leung, Jimmy Liao, and Tian Er–were awarded The Most Anticipated Authors of the Year.

After the ceremony, Liao and Tian discussed their creative journeys in an author’s forum moderated by Zhao Yahng, a Taiwanese novelist. Liao, 60, and Tian, 43, both have 20 years of prolific work under their belts, but living a creative life often proves to be challenging.

“I became a bestselling author once Turn Left, Turn Right was published,” Liao said. “But I felt tremendous stress at the time–was I only a coincidence?” 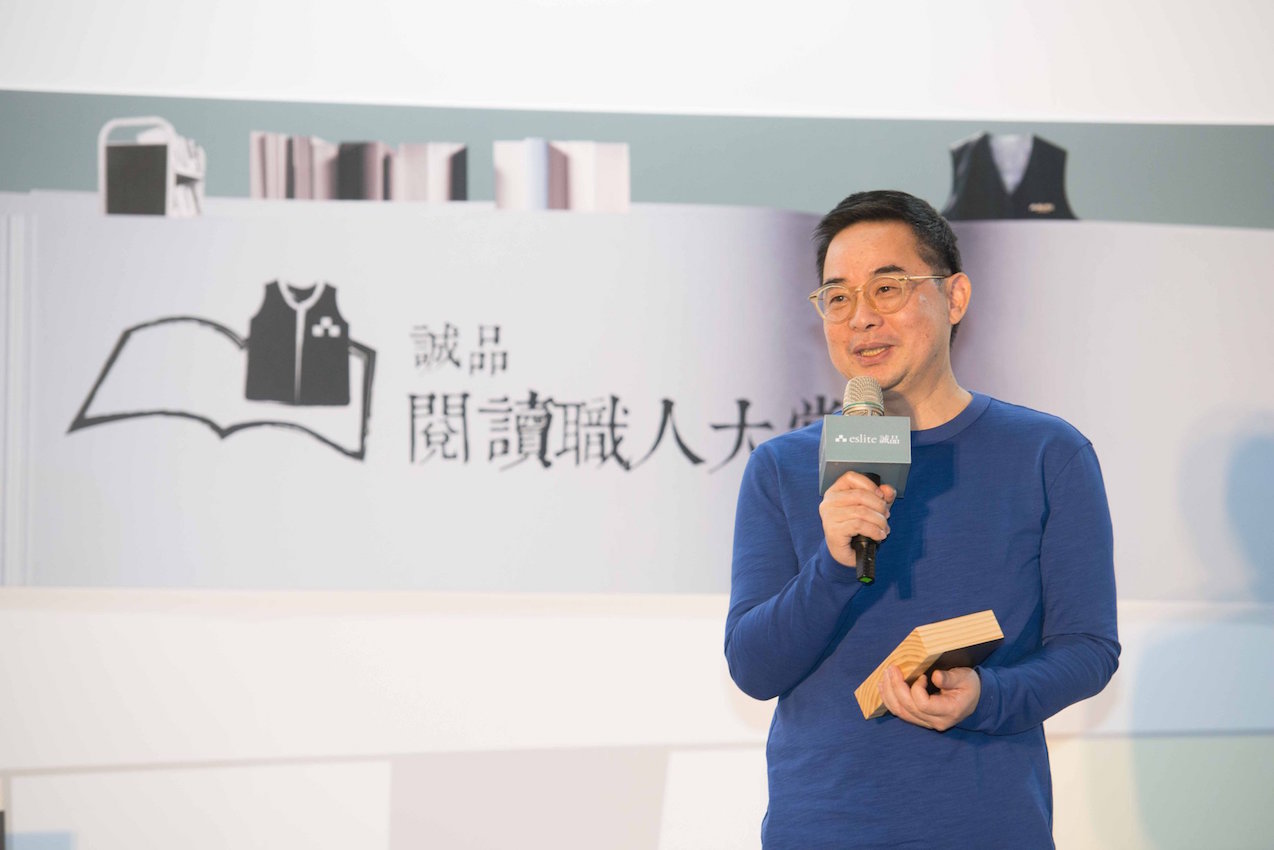 Originally an illustrator at an advertising company, Liao had quit his job to fight against leukemia in 1995. According to Liao, he only became an author when an editor at Locus Publishing invited him to compile his illustrations into a book. He created the first book as a commemorative album, thinking it would be his last creative project.

Liao then survived leukemia and went on to publish more works with explosive success–his books were translated into different languages and adapted for film and animation. Instead of simply making picture books, he wrote emotive stories to match his whimsical illustrations and fairylike characters.

“I wondered if people only bought my books out of pity for my illness,” Liao said. The award-winning author went on to confess, “I suffered from imposter syndrome too. Sometimes at night, I was worried if the police would knock on my door and tell me everything I’ve produced was a lie.”

“That worry never went away. But as I’ve aged to a point where I’m considered a senior in the industry, I think people will excuse me for being old,” Liao said, prompting laughter among the audience.

Unlike Liao who started his writing career in his 40s, Tian published his first short story at the age of 11. The novelist grew up during China’s educational reform in the 1980s, when he attended an experimental writing class in elementary school with 45 young writers.

“I didn’t just want to be a writer, I knew I was going to be one,” Tian said.

Writing became a tool for Tian to express himself since he had struggled with mild speech disorders at a young age. His journey to becoming a successful author, however, was filled with rejections.

“After graduating elementary school, my stories were actually never published in high school magazines or local papers,” Tian said. “But I never thought I was a bad writer–I only thought the editors had poor taste.”

Tian kept writing at night while maintaining a day job as an air-conditioner salesman. His big break finally came when he won the prestigious Lu Xun Literary Prize and People’s Literary Prize in 2007. In the following year, the Chinese government recruited him for a position as a literary researcher at Guangxi University.

“I had a sigh of relief and thought, finally, I was a writer,” said Tian.

“Mainland Chinese authors are different in that, they’ve never learned enough; they often have to rely on personal life experience,” explained Tian. “It’s harder for me to write in my 40s. I don’t give off the same energy as a twenty-something who’s still full of flesh and blood.”

Liao offered a contrasting perspective on his creative process, “I was never one to observe people during a trip or eavesdrop a coffee-shop conversation for writing materials. Put me in a prison and I can be a more prolific writer.”

“If my publisher is willing to lock me in a five-star hotel room, perhaps I’ll release five books per year instead of two,” Liao said and laughed.

Liao’s recent work To Read or Not to Read, That is My Question challenged the idea of reading from a child’s perspective. It included quotes from famous writers around the world, but Liao’s playful illustrations and texts questioned the influential figures with a mix of irony and innocence. It was created out of anger against his publisher’s idea of readers being the noblest people in a society. 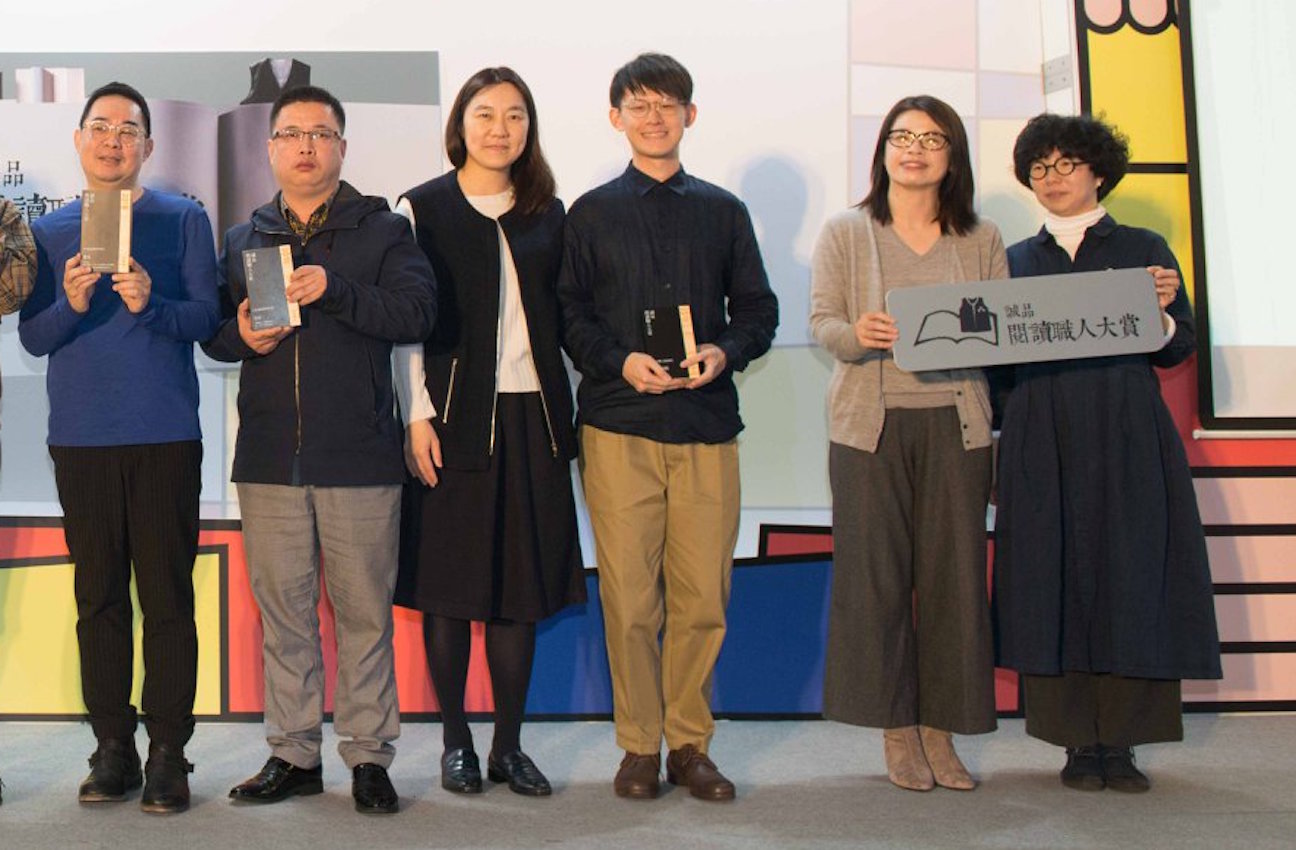 “What kind of a reader are you then?” Yahng asked.

“I’m one of those readers who buys a bunch of books, but never reads them,” Liao admitted. “Because of smartphones, my reading habit is getting worse… I now have the memory capacity of a goldfish. However, reading itself doesn’t seem to have any impact on my creativity.”

Tian shared the same sentiment as an unproductive reader. He has a massive storage of about 30,000 books, but he can read 20 per year at most. He had even refused to promote reading for teenagers because he thought it was unnecessary to force any habits onto the new generation.

“Between the 1980s and 1990s, humans did have a close relationship with books and texts. But I think that era has ended,” said Tian.