AN ONGOING STRIKE by China Airlines pilots continues into its third day since it was declared on Friday morning. China Airlines is a Taiwanese airline, not to be confused with Air China, which is a Chinese airline.

Negotiations were held on Sunday afternoon between China Airlines pilots, as represented by the Taoyuan Pilot’s Union, China Airlines management, and the Ministry of Transportation and Communications (MOTC). The MOTC which is a stockholder in China Airlines and controls 35% of China Airlines’ stock. 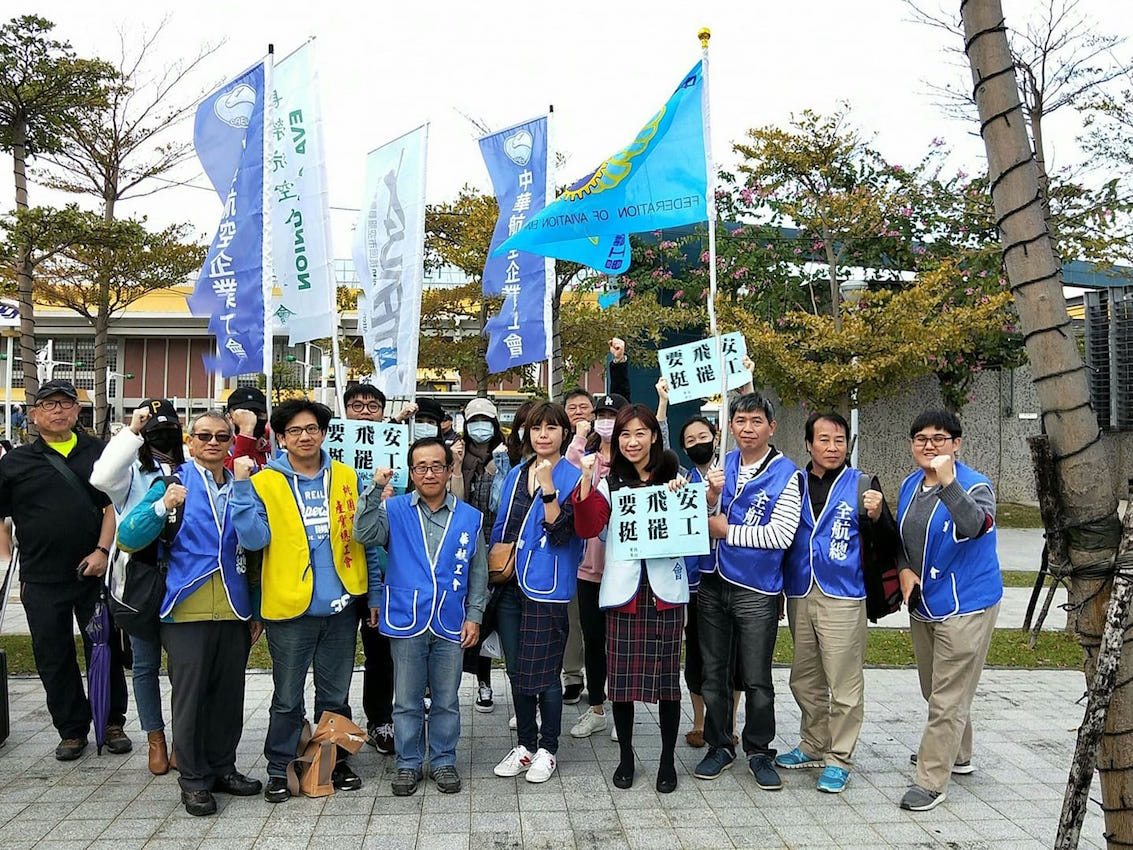 Demonstration in support of the strike by supportive labor unions. Photo credit: 桃園市空服員職業工會/Facebook

As such, China Airlines is a partially-state owned enterprise. Union representatives may be aiming to put pressure on the central government to directly intervene in the matter, as is the general pattern for protests in partially state-owned airlines pushed for by Taoyuan-based labor groups in the past few years.

Negotiations were originally slated to take place on Saturday afternoon before later being delayed to Sunday. However, negotiations were reportedly slow to touch on key issues and eventually broke down after six hours. One concession was secured by the union from management, which was increasing the number of pilots on flights longer than twelve hours from four to three. However, management remains hesitant on another demand of the union, to increase the number of pilots on flights over seven hours from two pilots to three pilots, citing that many flights last between seven and eight hours and this would make the flight length difficult to calculate.

In the meantime, criticisms have been flung by both sides against each other. As the Taoyuan Pilot’s Union is demanding an increase in the amount of pilot staffing for long-distance flights, union representatives accuse China Airlines management of further endangering flight safety by attempting to maintain 90% of its flights during the strike, even when they fly with fewer pilots than usual as a result. The Taoyuan Pilot’s Union has stated that it represents 900 out of China Airlines’ 1,400 pilots and that 500 of those pilots have turned in their flight certificates, meaning that they will not be flying. 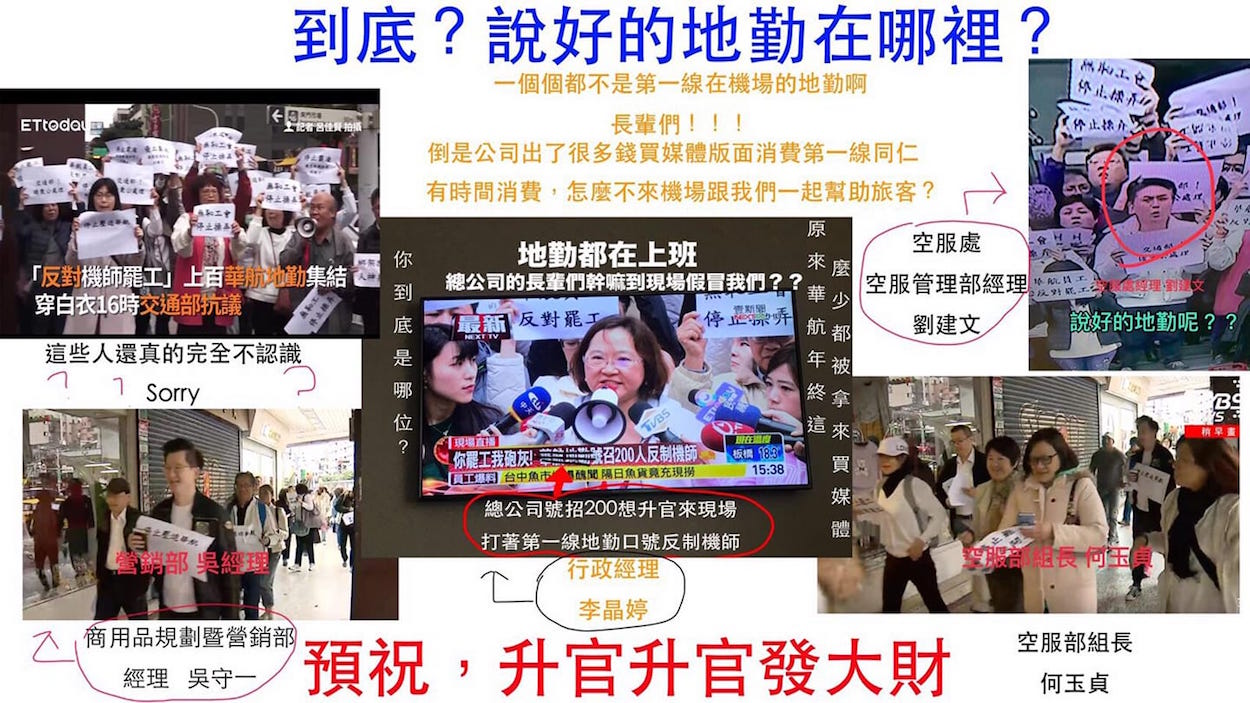 Image questioning the authenticity of actions by China Airlines employees in the support of the strike. Photo credit: 林佳瑋/Facebook

For her part, while denying such accusations, when asked if China Airlines pilots securing concessions from China Airlines would mean that EVA pilots would strike to gain similar conditions, Lee has stated that this is possible but that work conditions for both airlines vary. Namely, a series of high-profile strikes by airline staff in the past three years, including pilots and flight attendants and taking place through Taoyuan-based labor unions that represent both China Airlines and EVA pilots.

Photo sphere of the demonstration in support of the strike. Photo credit: 桃園市機師職業工會/Facebook

As a result, there has been a pattern of union activity in one airline encouraging union activity in the other airline. This can be observed in a 2018 strike by EVA flight attendants that was likely encouraged by the 2016 China Airlines flight attendants’ strike, the historic first strike in Taiwan’s airline industry, as well as in the present China Airlines pilots’ strike.

Nevertheless, the outcome of the strike remains far from clear. By comparison, the 2016 China Airlines flight attendant strike lasted three days before workers were successful in obtaining concessions from their employers. However, how the present pilots’ strike will resolve remains unclear.