OUTRAGE HAS broken out after Tainan city councilor Ingay Tali’s swearing-in ceremony on Wednesday was declared invalid after Ingay took the oath in Amis, with his back facing the portrait of Sun Yat-Sen that he was to have been facing, and while wearing traditional attire. Ingay, 45, is a political independent newly elected in 2018, with a history of participation in social movements, including indigenous activism, and a background in law and business management.

Explaining his motivations in Mandarin to reporters afterward, Ingay cited that his to take taking the oath in Amis was in order to flag the issue of indigenous being forced into a Han cultural framework, as in indigenous being forced to take on Chinese language names that they must use in official documents, among other examples. Ingay’s protest is also perceived as more broadly a critique of the Republic of China (ROC) framework.

As such, Ingay’s demonstration quickly won him accolades from members of progressive civil society, including activists emphatic on benshengren Taiwanese identity, such as members of the Radical Party, as well as members of Third Force parties such as the New Power Party and Social Democratic Party. On the other hand, outrage was also swift from activists that his oath-taking was declared invalid. Very probably Ingay will be made to retake the oath in some form unless the government relents and accepts his oath in its current form. Ingay will also need to sign official documents in order for his oath-taking to be deemed valid.

Whether deliberate or coincidental, the timing of Ingay’s oath-taking protest is rather apt, seeing as a Draft National Languages Development Act promoting Taiwan’s national languages was passed by the Legislative Yuan the same day. The Draft National Languages Development Act claims that all languages spoken in Taiwan are to be treated equally, without limitations placed upon their usage, or discrimination against the use of any language used in Taiwan. Evidently, however, as observed in Ingay’s oath-taking ceremony being declared invalid, this is far from reality in Taiwan.

In the past, indigenous legislators’ use of Roman characters to render their indigenous names instead of Chinese characters—with the view that this allows for the more accurate rendering of indigenous names, though still the imposition of a foreign script—has led to discriminatory statements against indigenous. Critics of Tsai, for example, mocked Kolas Yotaka on the basis of her name after her appointment as spokesperson for the Executive Yuan, Kolas having previously served as a DPP legislator from 2016 to 2018.

This led to critiques from indigenous activist Namoh Nofu Pacidal in an essay which went viral among activists on social media, as well as critiques from members of the NPP. Kolas herself had raised the issue of indigenous names in the past, pushing for laws to be changed so that indigenous could have their names rendered in Roman characters on national ID cards, and, similar to Ingay, submitting some legislative reports in Amis.

Indeed, one has sometimes seen similar with the debate which has taken place in past weeks regarding the Draft National Languages Development Act. While much public discussion has focused on provisions for Taiwanese Hoklo, more commonly referred to as just “Taiwanese”, and whether the government should provide for the creation of a Hoklo television station. As indigenous activists have been critical of the use of the term “Taiwanese” to refer to only Taiwanese Hoklo, seeing as this suggests that indigenous languages are not “Taiwanese” languages, this has led to some backlash by Taiwanese benshengren identity activists against this critique in recent months, with the dismissal of critiques of “Han chauvinism”, and the claim that such issues are non-existent.

But the issues at stake raised in present events point to broader structural issues regarding indigenous forced into the framework of ROC laws. In past years, this has led to incidents such as the 2016 Tama Talum case, in which Tama Talum, an indigenous hunter in Taitung, was arrested for hunting outside of permitted ceremonies using a rifle which was not handmade. Talum was seeking to provide wild game for his elderly mother, who could not chew store-bought meats very well. Maintaining his innocence, Talum, cited that hunting was an integral part of Bunun culture and that his arrest was a violation of the Indigenous People’s Basic Act. 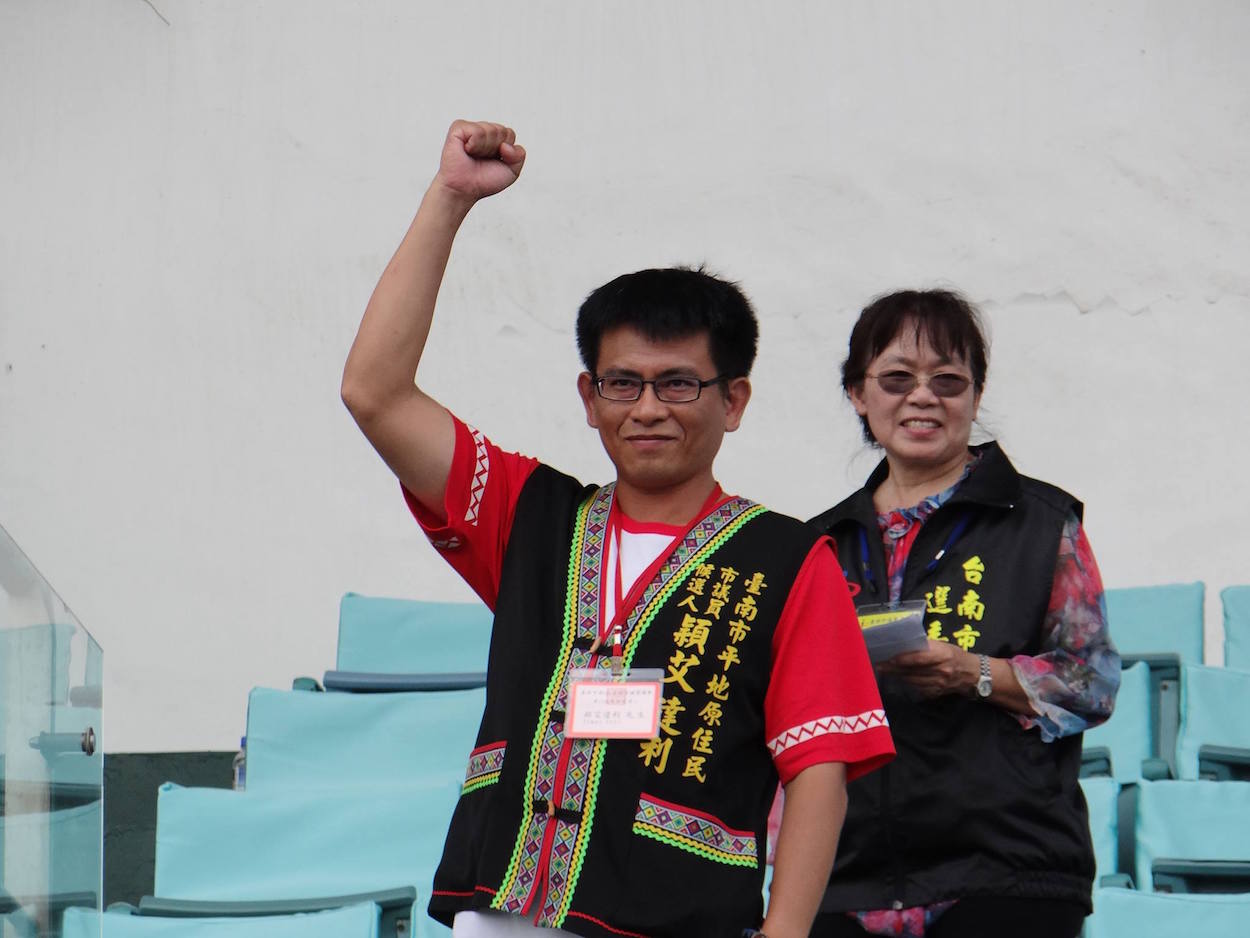 The case made its way all the way up to the Supreme Court, with lower courts originally seeking to jail Talum for three and a half years. In the aftermath of the case, a new interpretation of the Wildlife Conservation Act allows indigenous to hunt for “self-use”, though criticisms have been made that was constitutes “self-use” is ill-defined and this leaves indigenous hunters open to further legal persecution in the future.

As such, Ingay’s demonstration proves an important reminder of a larger constellation of issues. However, it remains to be seen what official responses from the Tsai administration will be.