NEWS THAT Taiwanese heavy metal band Chthonic did not have their visa application for a performance in Hong Kong approved should surprise few. Namely, band frontman Freddy Lim is a legislator of the pro-independence New Power Party (NPP), and the band’s other members have also been active in pro-Taiwan and progressive social causes.

The performance was to have taken place at a four-day music festival that was titled, “On The Pulse Of” as a joint effort with Cantopop star Denise Ho. Because Chthonic members were unable to physically to be in Hong Kong, they instead performed via Livestream from in Taiwan, though this faced technical difficulties that required creative solutions.

Like Chthonic members, Ho has notably been an active supporter of Hong Kong activism in the years before and following the Umbrella Movement. Ho was the first celebrity arrested during the Umbrella Movement at a protest site. Ho has been willing to risk corporate sponsorship in order to continue voicing pro-democracy political views in Hong Kong, as observed in Lancôme dropping a planned show of hers that it had originally sponsored in 2016. And like Chthonic members, Ho is also active in speaking up for Tibet and for the LGBTQ community. The shared plight of Hong Kong and Taiwan and these similar activist efforts has led Ho to cross-genre collaborative efforts with Chthonic in the past which they jointly performed.

Chthonic was previously allowed to visit Hong Kong to perform in the yearly Clockenflap music festival in 2014. However, a statement by the Hong Kong immigration department rejected Lim’s application with the claim: “Under existing policy, a person seeking to enter into HKSAR for employment should, amongst other things, possess a special skill, knowledge or experience of value and not readily available in the HKSAR.” The letter did not address why other Chthonic members’ applications were also rejected. 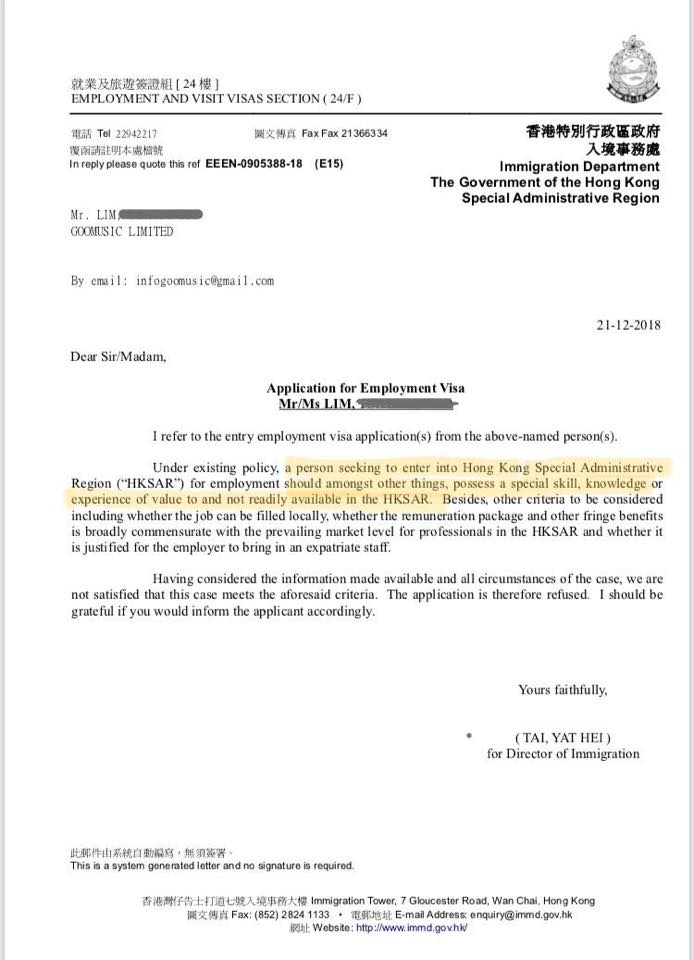 Although according to Ho, visa applications for artists usually take a week, the Hong Kong immigration department did not go public with any visa refusal until Ho made public that there had been no action on the visa application for over a month, resulting in the cancellation of Chthonic’s planned show at the music festival. Ho criticized the statement, retorting that by that logic, non-Hong Konger artists would only be allowed into Hong Kong if they had superhuman abilities such as teleportation, invisibility, or shadow cloning. On the other hand, Chthonic made light of the statement in a humorous vein, stating that it questioned what special ability that Lim lost between the present and 2014, apart from losing his eight-pack.

It is unlikely that Lim and other members of Chthonic would be allowed into Hong Kong if they tried to visit using a visitor visa, rather than applying for a work visa. Many Taiwanese activists involved in the Sunflower Movement have been unable to enter Hong Kong since 2014, including the central figures of the NPP. This is oftentimes why Hong Kong activists more often visit Taiwan than vice-versa, as observed in joint press conferences held by the NPP and Demosisto, which shares a similar origin to the post-Sunflower Movement NPP in having emerged from activists involved in the Umbrella Movement.

In the past, Taiwanese academics known for independence advocacy or social movement-related scholarship have also been blocked for visiting Hong Kong for academic conferences. The Hong Kong government has also used visa denials as a tool to silence critics internally, as observed in failing to renew the work visa of Financial Times journalist Victor Mallet. This was retribution for Mallet organizing an event in his capacity as acting chair of the Foreign Correspondents’ Club of Hong Kong in which Andy Chan of the Hong Kong National Party spoke, then refusing to allow Mallet to enter Hong Kong as a visitor in spite of that, as a British national, Mallet should be entitled to six months’ stay with visa-free entry. 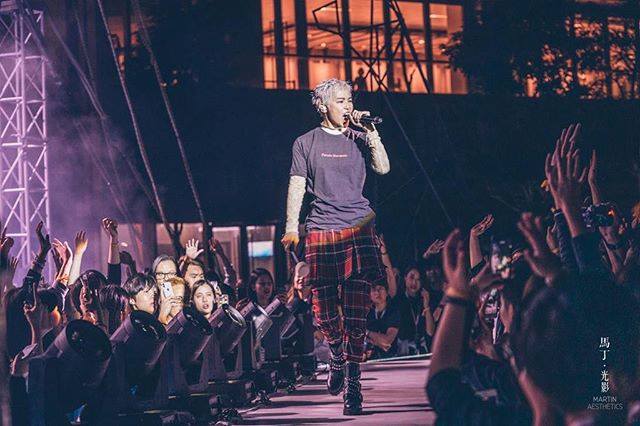 Denise Ho performing at On The Pulse Of. Photo credit: Denise Ho/Facebook

Either way, Chthonic being blocked from entering Hong Kong to perform is yet another sign of the deterioration of not only political but also artistic freedoms in Hong Kong. Apart from deteriorating political freedoms in Hong Kong, with politicians critical of Beijing being blocked from running from office, disqualified from office if victorious, and even arrested, in the years since the Umbrella Movement, Hong Kong has seen the deterioration of its artistic and musical scene.

Chinese dissident author Ma Jian was, for example, recently nearly blocked from giving a series of talks scheduled to take place in Hong Kong as part of a literary festival because of political pressure applied to venues. Likewise, indie venues in Hong Kong face raising rents and harassment from the government for not having the required legal permits, possibly because the Hong Kong government views cultural spaces outside of its immediate control as dangerous.

Chthonic being banned from Hong Kong is merely the tip of the iceberg, then. And problems are likely to only worsen in Hong Kong.