The EJF has stated that these findings emerged after interviewing Indonesian fishermen on Taiwanese vessels, who described fishing practices that involved spearing dolphins and using their blood to lure in sharks to capture them for their fins, sometimes electrocuting them if they were still alive.

According to these fishermen, they were also asked to capture whales to decapitate them and use their teeth to make necklaces at the orders of their Taiwanese captain, including one occasion in which they caught and decapitated a false killer whale, which is an endangered species. Shark finning is also illegal, but reportedly the fishermen would avoid inspections by hiding shark fins at the bottom of catches of other fish.

The EJF has provided photographic evidence in order to back these claims, as well as film recordings. For its part, the Fisheries Agency has asserted that the EJF’s footage does not specify any particular Taiwanese fishing vessel, but that it would look into these claims.

It would indeed be unsurprising if Taiwanese fishing vessels have been guilty of flagrantly violating international law. The Taiwanese fishing industry is notorious because of the legal violations which take place, particularly with vessels that operate far from shore, out of the oversight of legal authorities, and which rarely return to harbor. For example, the five vessels accused of killing dolphins seemed to return to shore only every three months, although reportedly during these fishing trips, up to 300 dolphins could be killed.

Taiwanese fishing vessels are frequently accused of not only violating fishing practices, but mistreating their workers, with migrant fishermen who are usually recruited from countries outside of Taiwan forced to work long hours for meager pay in poor conditions. Many migrant fishermen, for example, are forced to sleep without a bed, on cardboard or in a wooden box, maybe with a blanket at best. Even then, fishermen might have “lodging” fees deducted from their salary, and they may be forced to work more than 12 hours a day.

This was also the case with the five fishing vessels alleged of wrongdoing by the EJF, with fishermen reporting that they were abused, beaten, and overworked. Nevertheless, one notes that media attention in Taiwan has primarily focused on the killing of dolphins and endangered whales by the fishing vessels and not the labor conditions faced by migrant fishermen on such vessels. 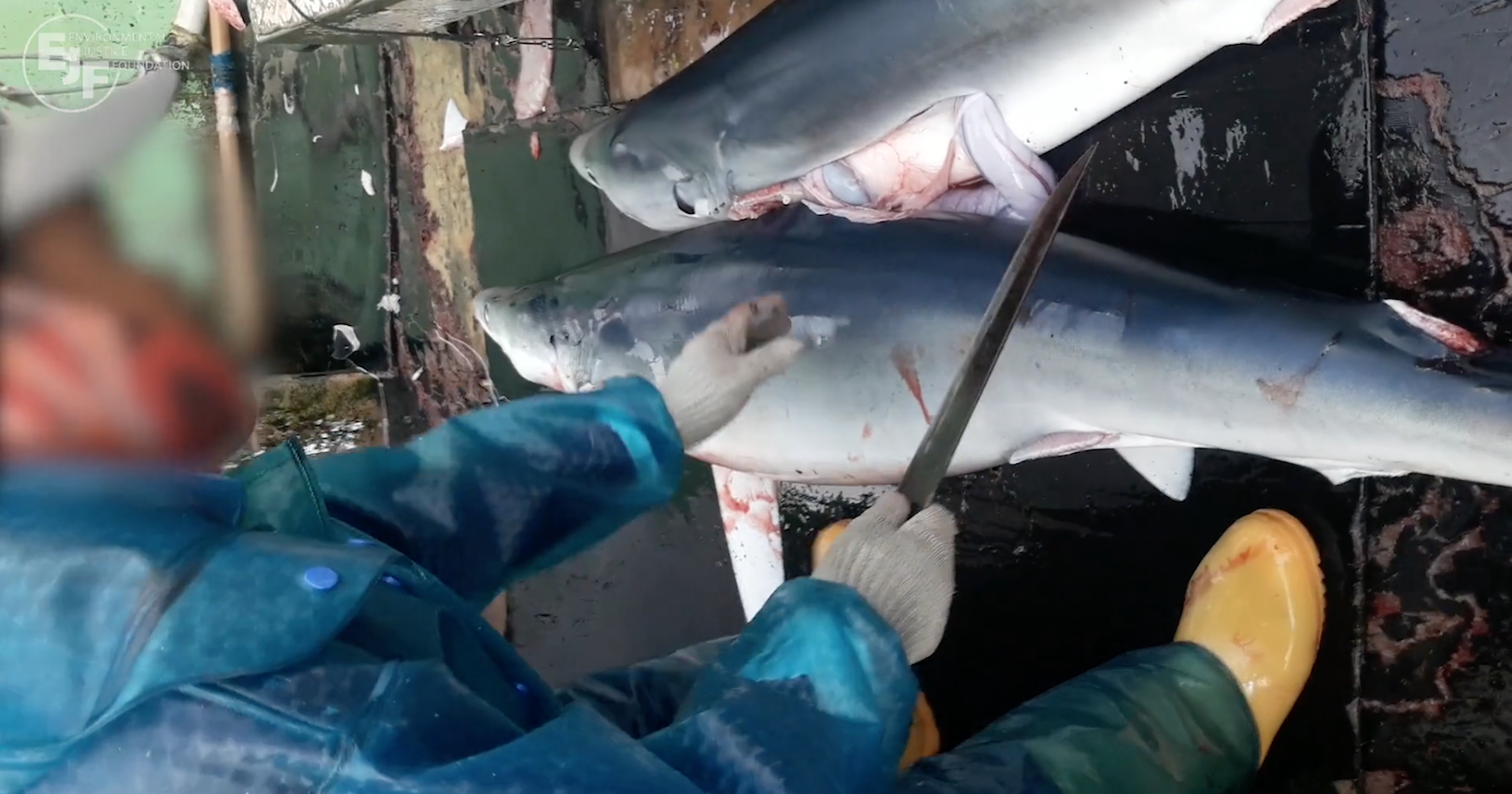 Migrant fishermen are one of Taiwan’s major categories of migrant workers, but as one observes with regards to widespread mistreatment of migrant workers across the board in Taiwan, there has broadly been a failure of Taiwanese society to firmly confront the problem. Migrant workers are forced to work long hours in poor conditions whether they are in the fishing industry, working in factories, or working as domestic caretakers. Notably, compared to the major categories of migrant workers in Taiwan, fishermen have to pay among the highest for board and lodging, and their work hours are long enough and for sufficiently low pay that their work condition in some cases constitutes slavery or human trafficking.