Seeds: On the Eve of Thanksgiving

ON THE EVENING of Thanksgiving 2018, about 40 animal liberation activists gathered in Sunset Park, Brooklyn, New York to hold vigil. The below freezing point temperature, frigid wind, and snow did not deter the activists. 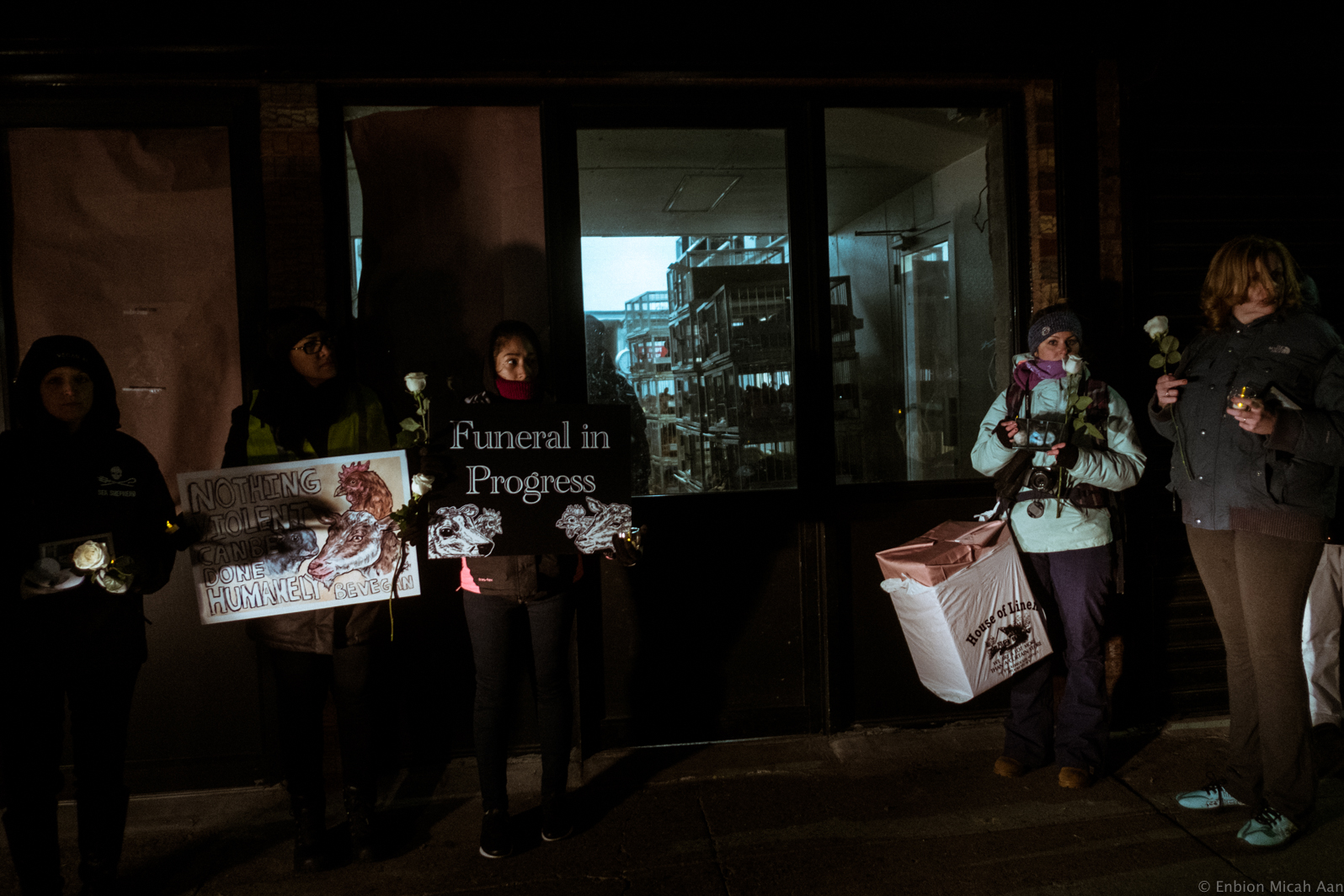 The Unity Vigil was held by New York Save Movement Sunset Park Chapter, part of the global Save Movement that saw rapid expansion in New York City, growing from one to eight chapters in a year. The Save Movement is organized non-hierarchically and has more than 300 chapters across all continents but Antarctica. The mission of the movement is to bear witness and treat animals as kindly as possible on their way to slaughter. Bearing witness, according to the co-founder of the movement, Anita Krajnc, is essential to animal liberation because it is the “beginning of awareness”, where realities are present in front of you. When witnessing as a group, Ms. Krajnc, states: “Bearing witness together touches the collective spirit. It nourishes community support while sustaining the activists and building the movement. The public and even workers involved in animal slaughter can be positively affected and moved by love-based approaches to witnessing, so critical to building a massive, grassroots movement for animal rights and social justice.” 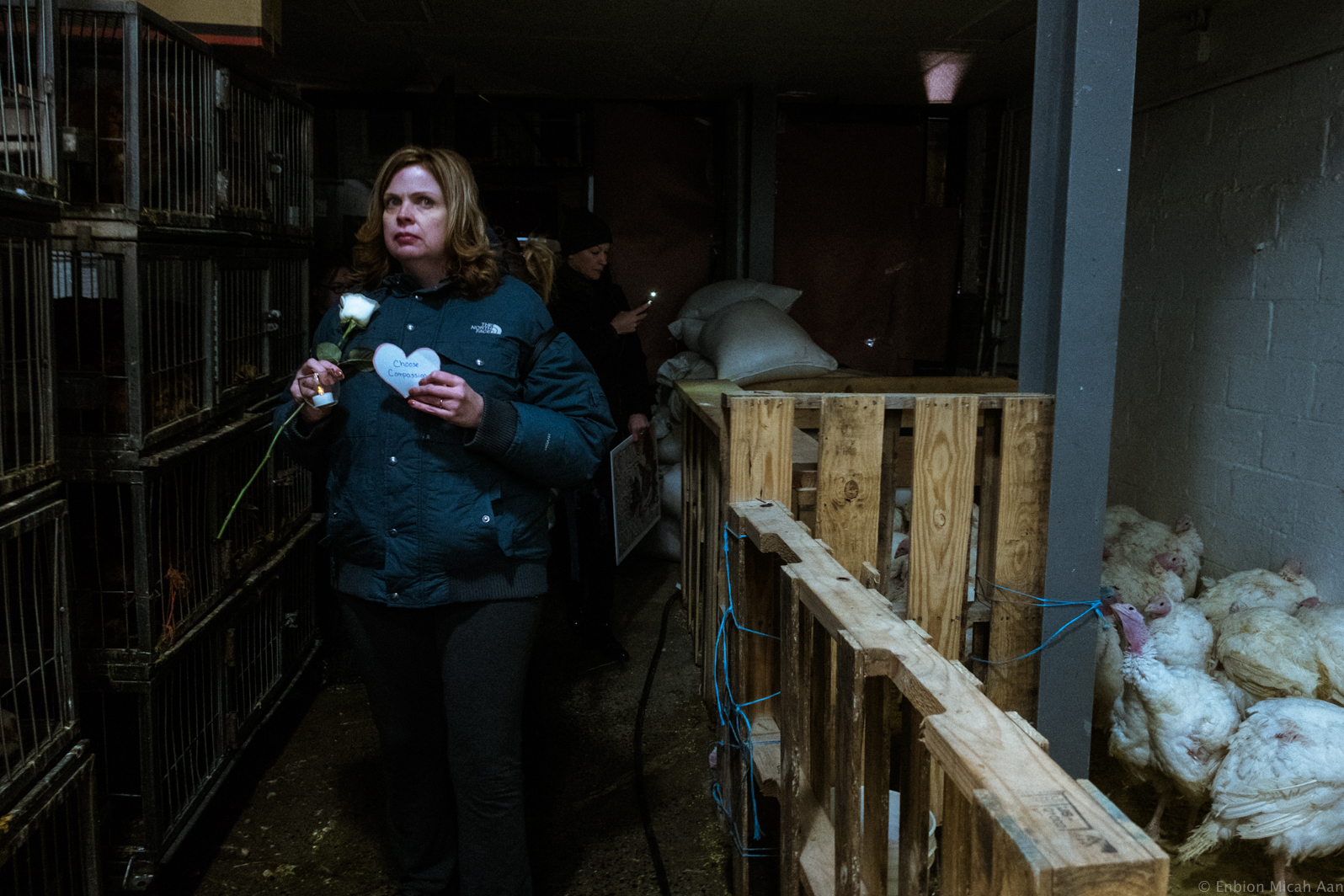 Animal liberation is not an isolated movement, as many would perceive. It is also a significant part of social justice, especially in environmental justice and public health. Animal agriculture is a major polluter, responsible for the most greenhouse gases amongst industries – in fact, livestock produces more greenhouse gases than all transportation combined. Processed meat is a Group 1 carcinogen, and consumption of animal flesh, particularly red meat, has been linked to eight major diseases. This is not to mention the historical, philosophical, and moral implication of the treatment of animals and the relationship between the liberation of people, or decolonization and liberation of animals. Animal liberation is not just important for animal lovers; human obligation, however, is, arguably, for all humans. These forty animal liberation activists in a city of  8.6 million people, braving the harsh weather, bearing witness in a population where 98% are carnists, deserve our respect, and their challenges and objections to the dominance of mainstream eating habits need be seriously considered, for the consequences, material, moral, and philosophical, are gravely serious. 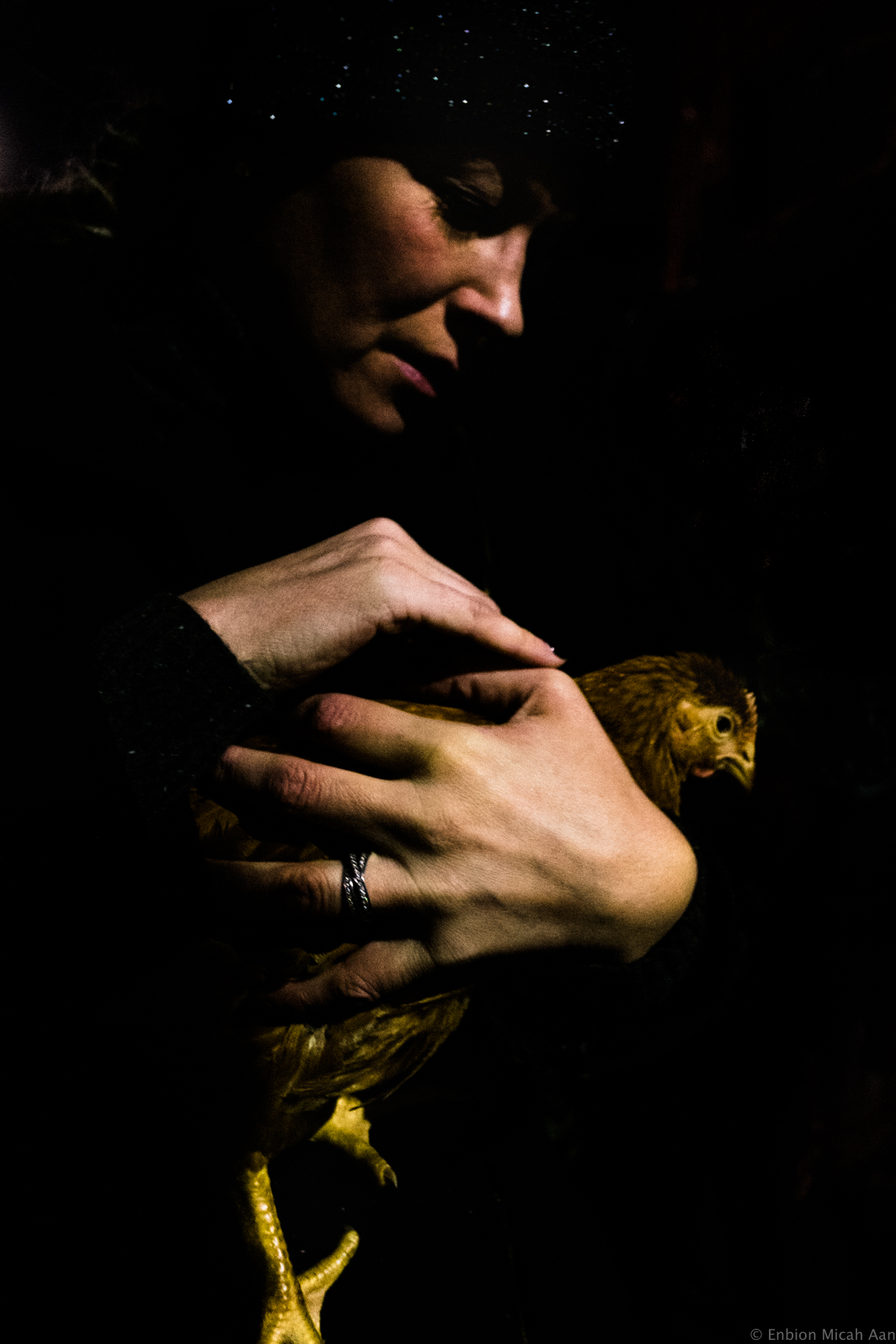 A slaughterhouse manager said, “Get outta here, and we will give you a turkey and a chicken!”

The Save Thanksgiving Unity Vigil is dedicated to all animals, especially those slaughtered for the holidays.

Each Save chapter hosts weekly vigils at slaughterhouses nearby. This Thanksgiving Unity Vigil involved all 8 chapters in New York City, and a chapter from Central PA also participated. Save hopes to expand to 100 chapters to match the number of slaughterhouses in the city. 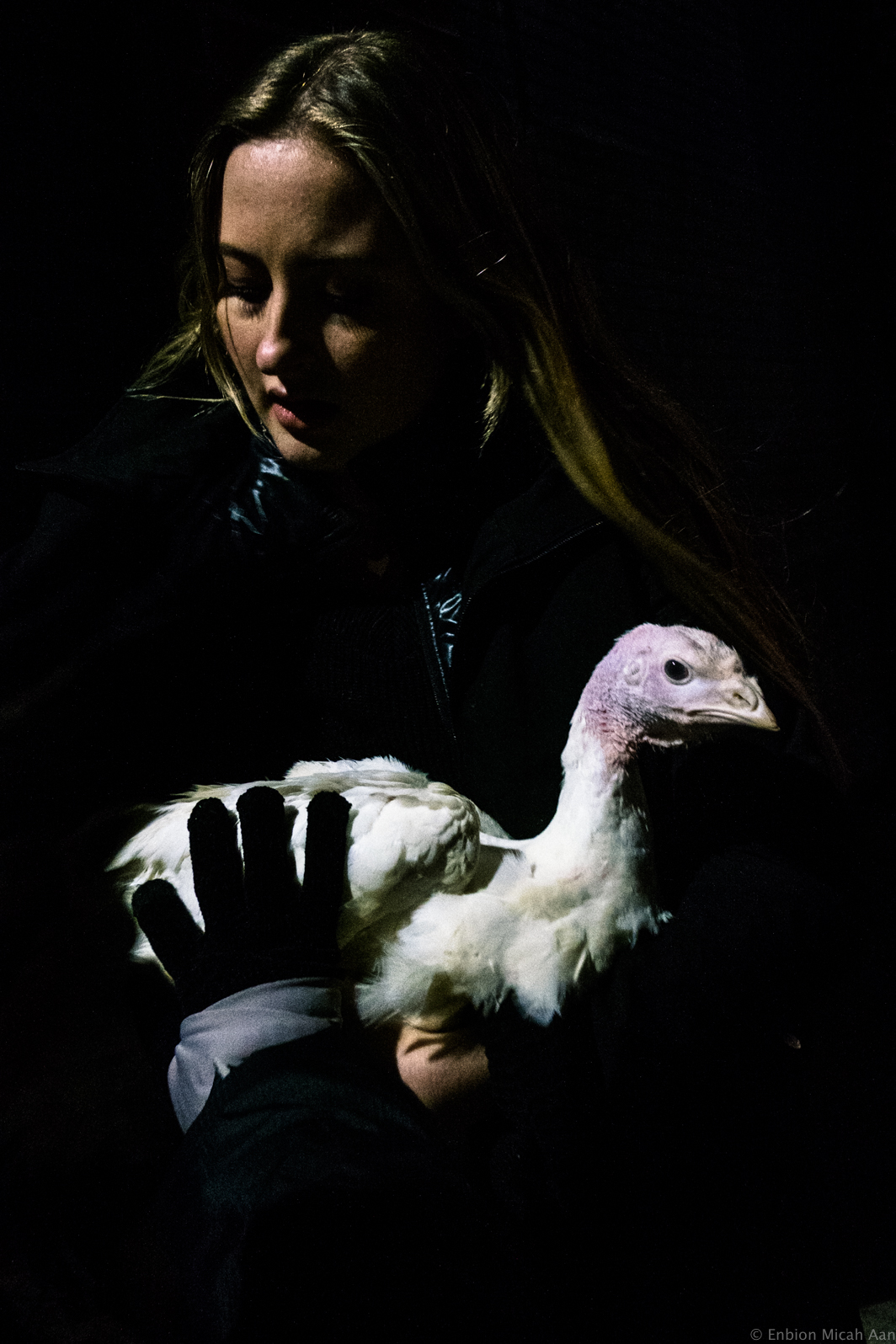 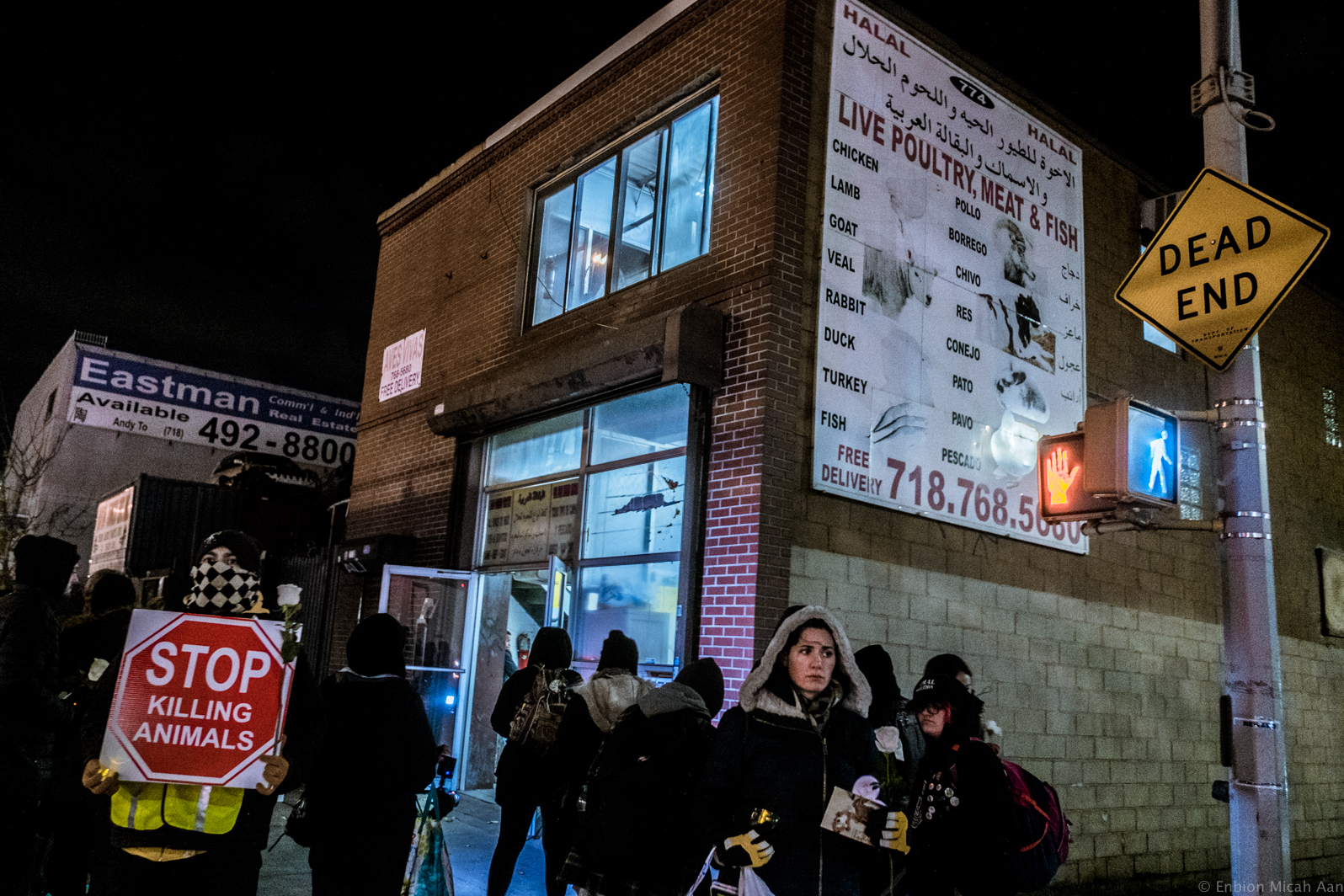 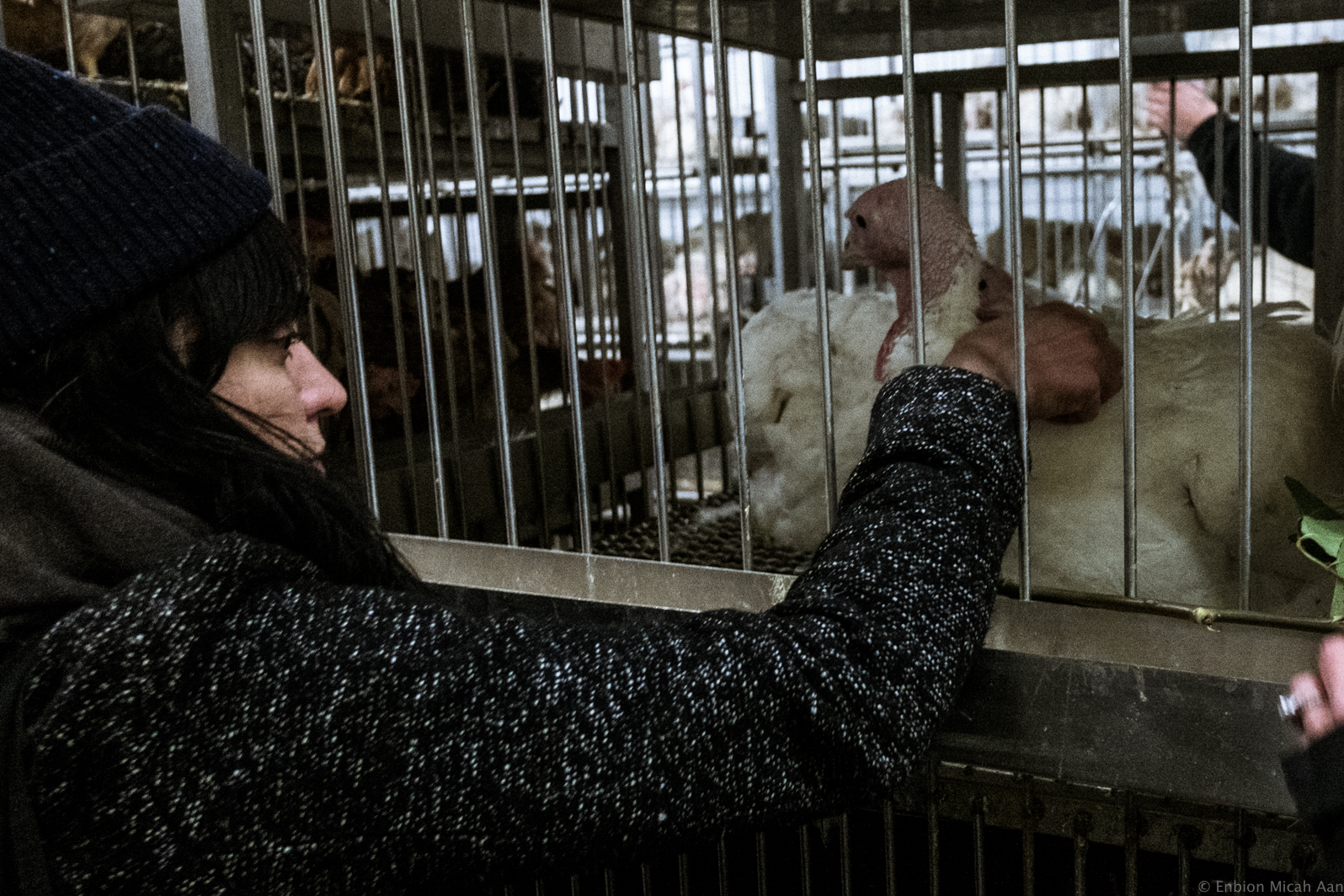 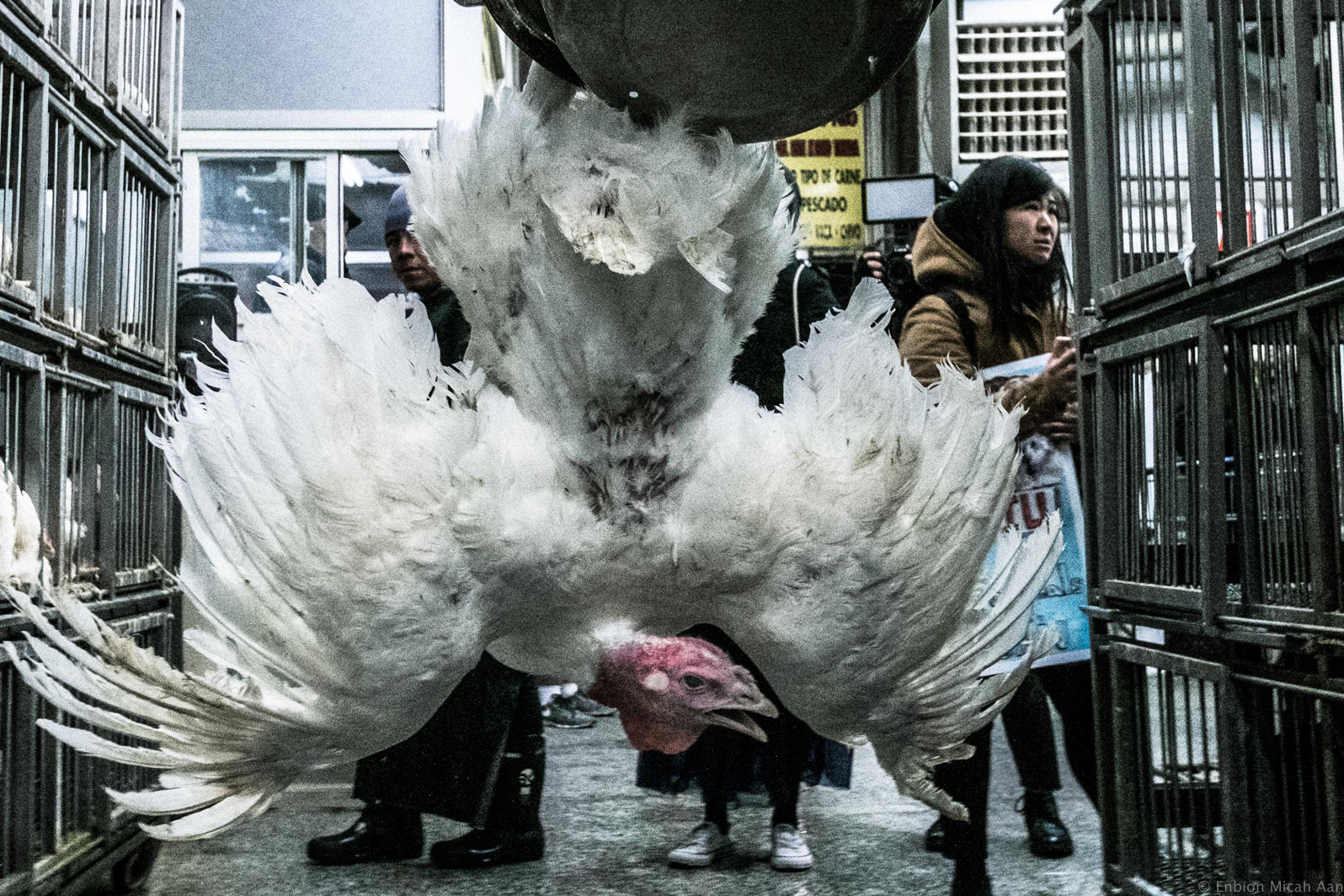 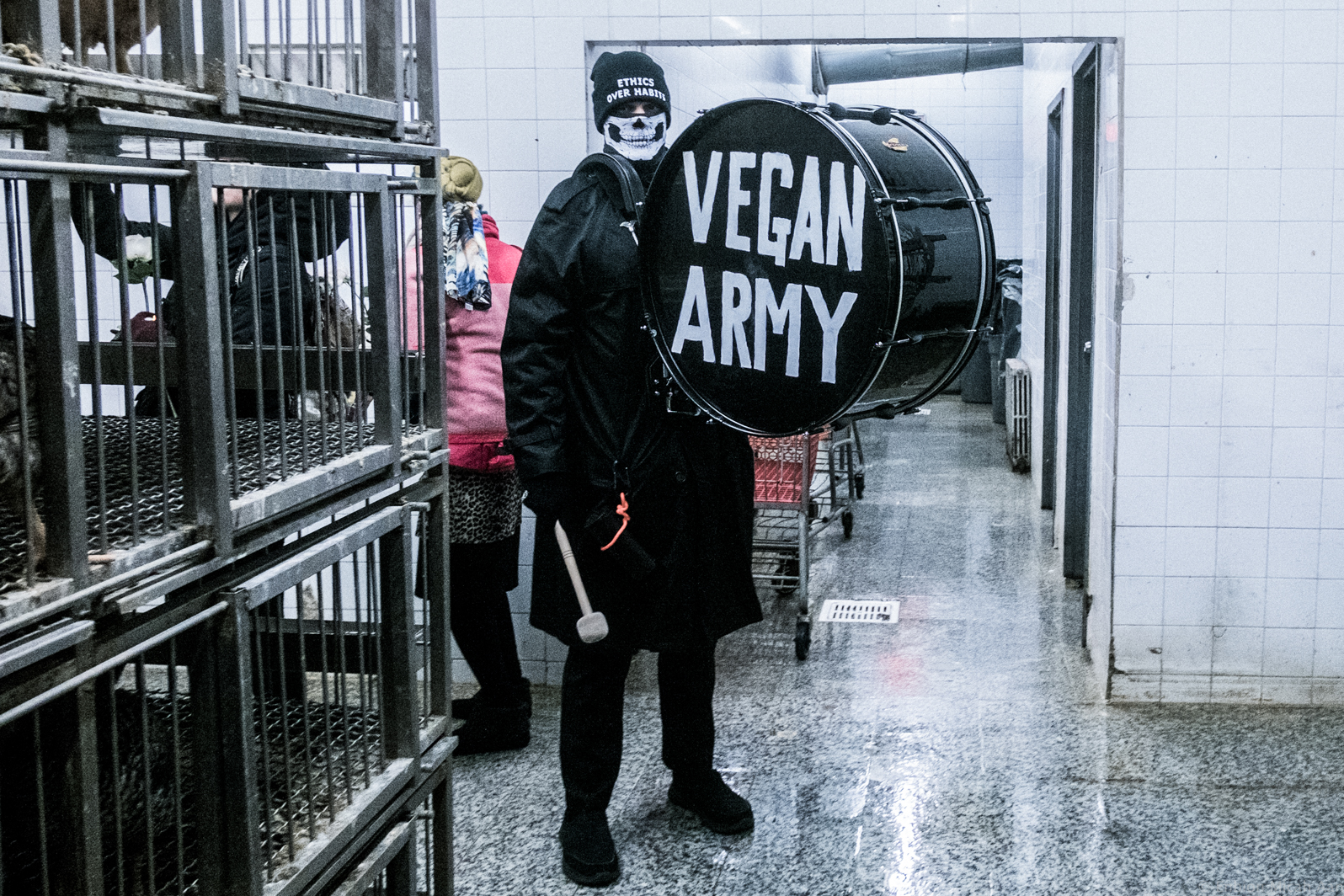 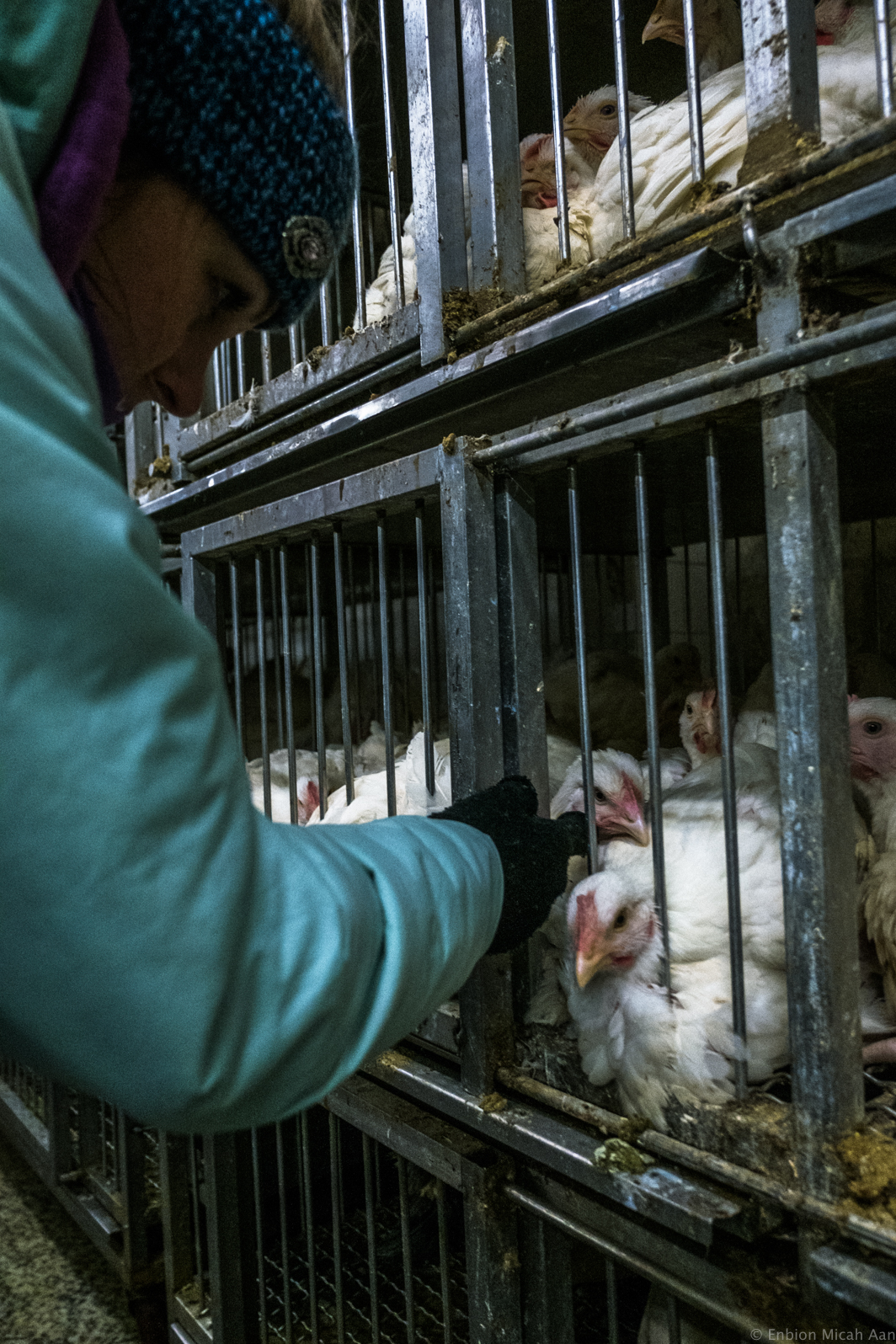 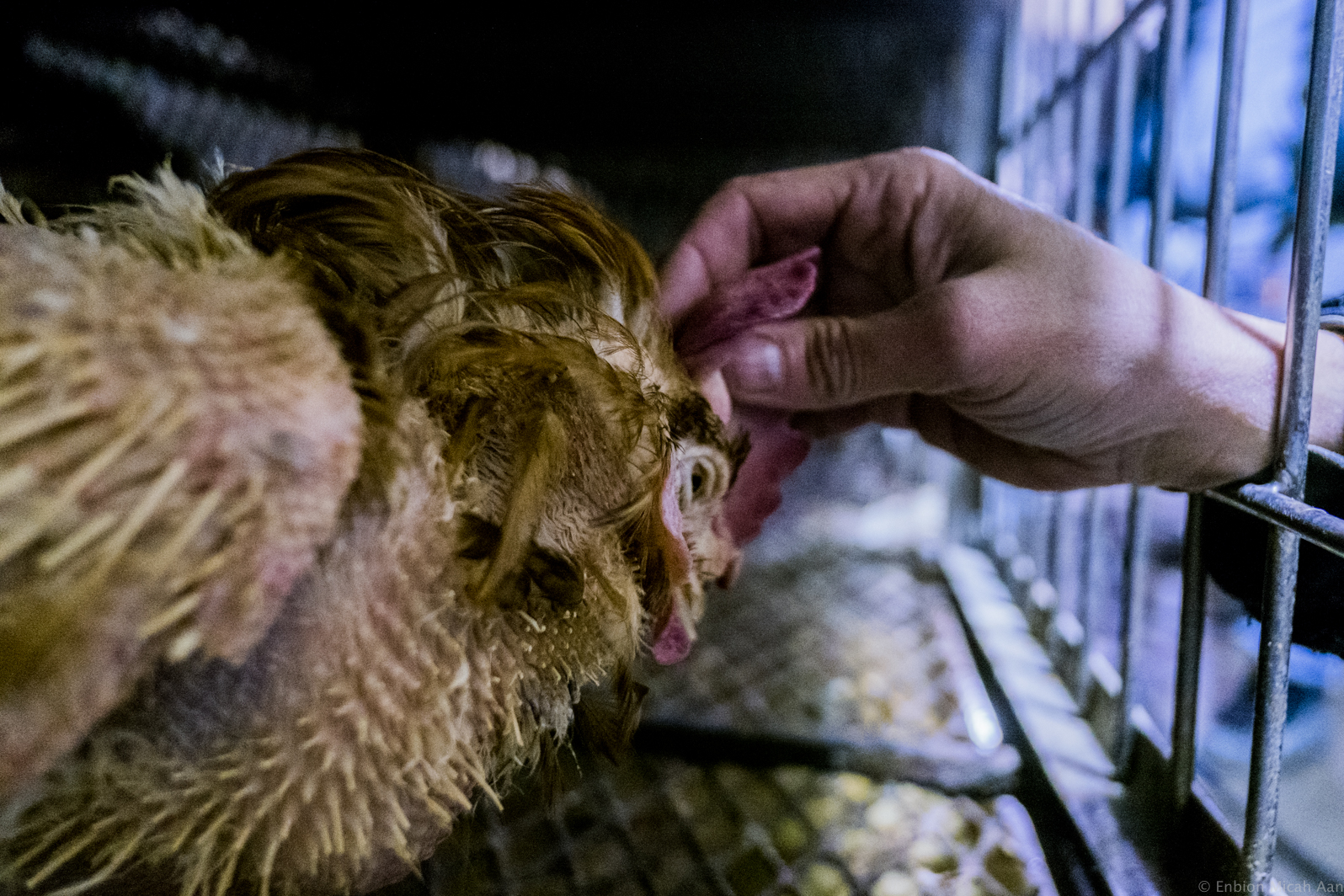 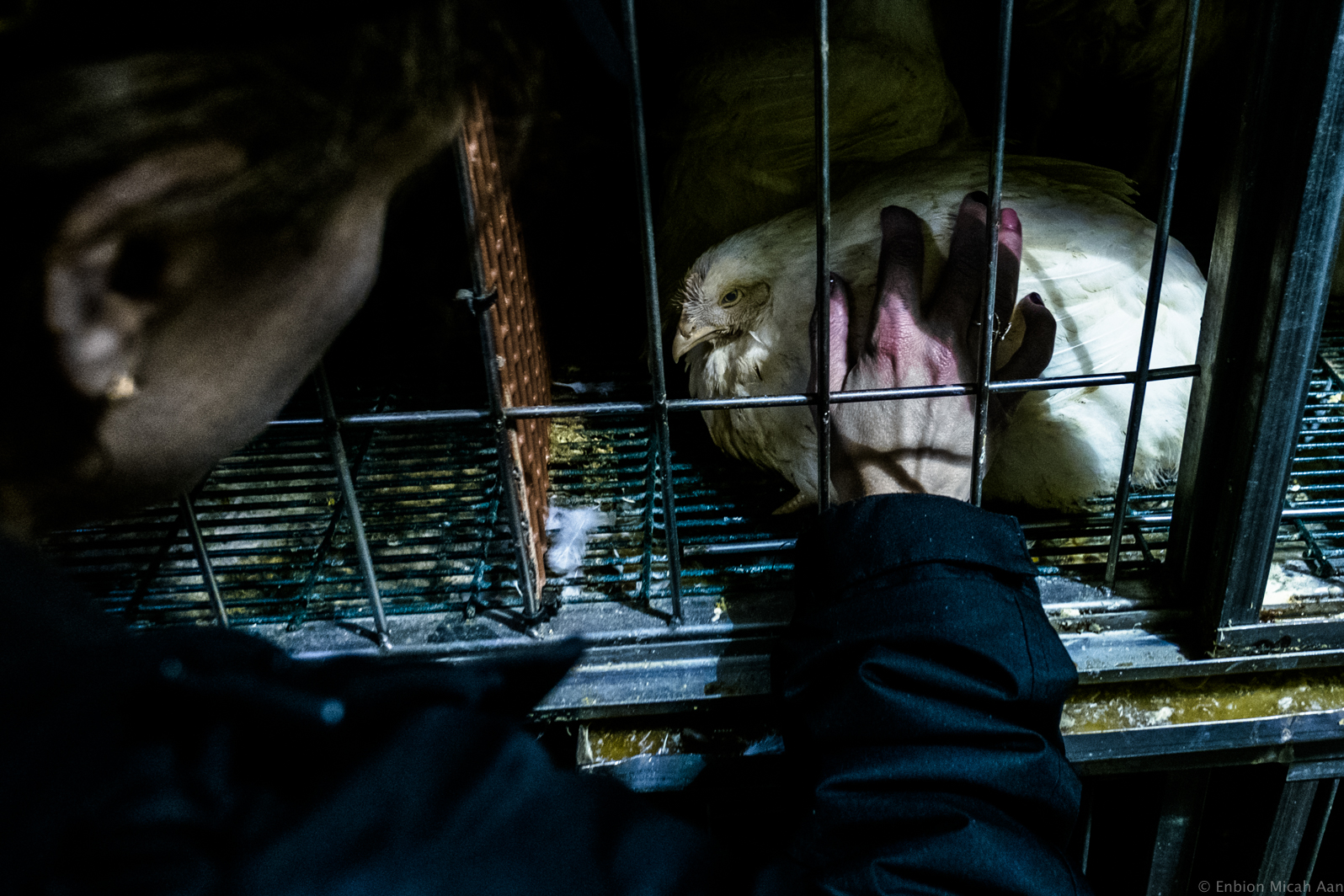 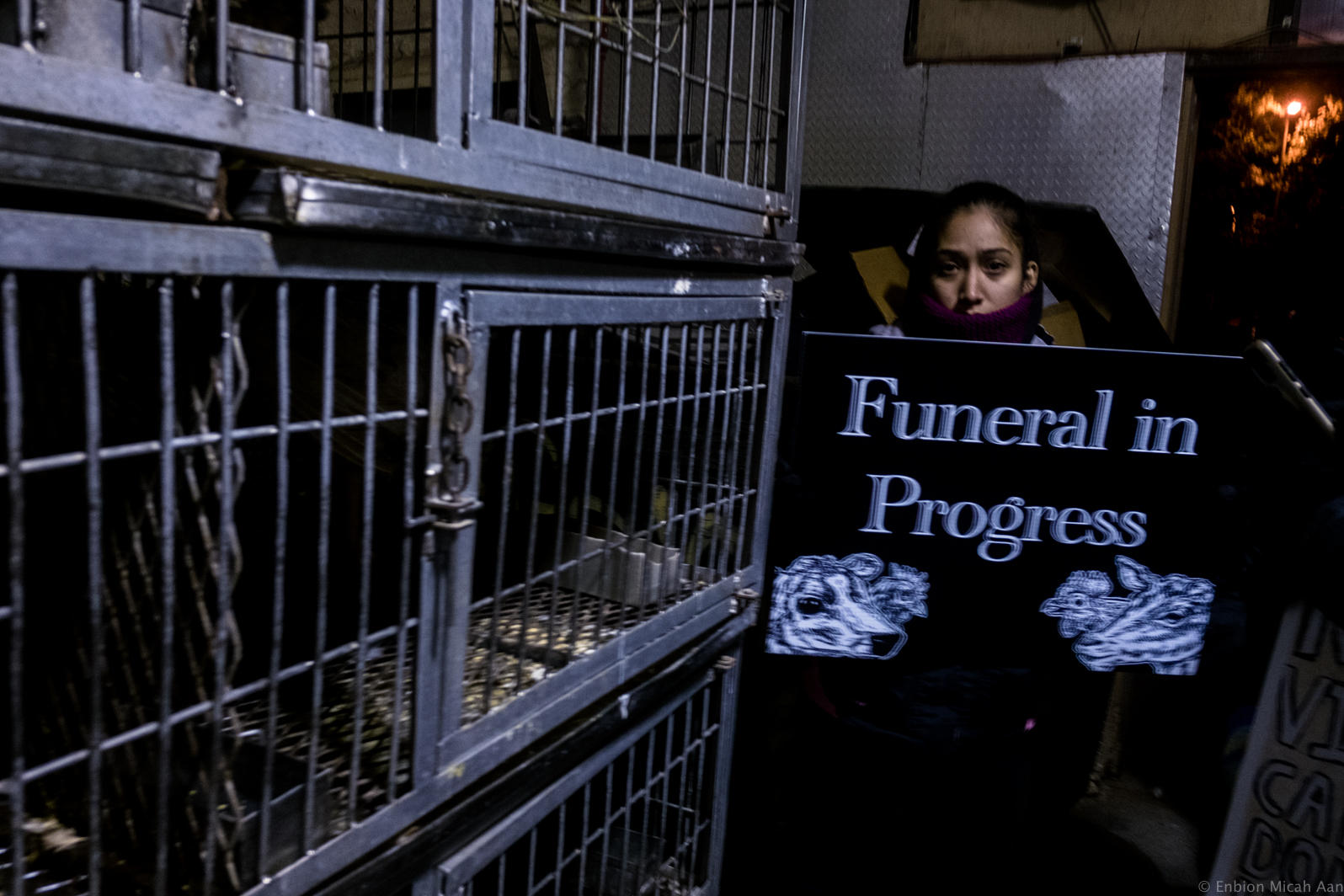 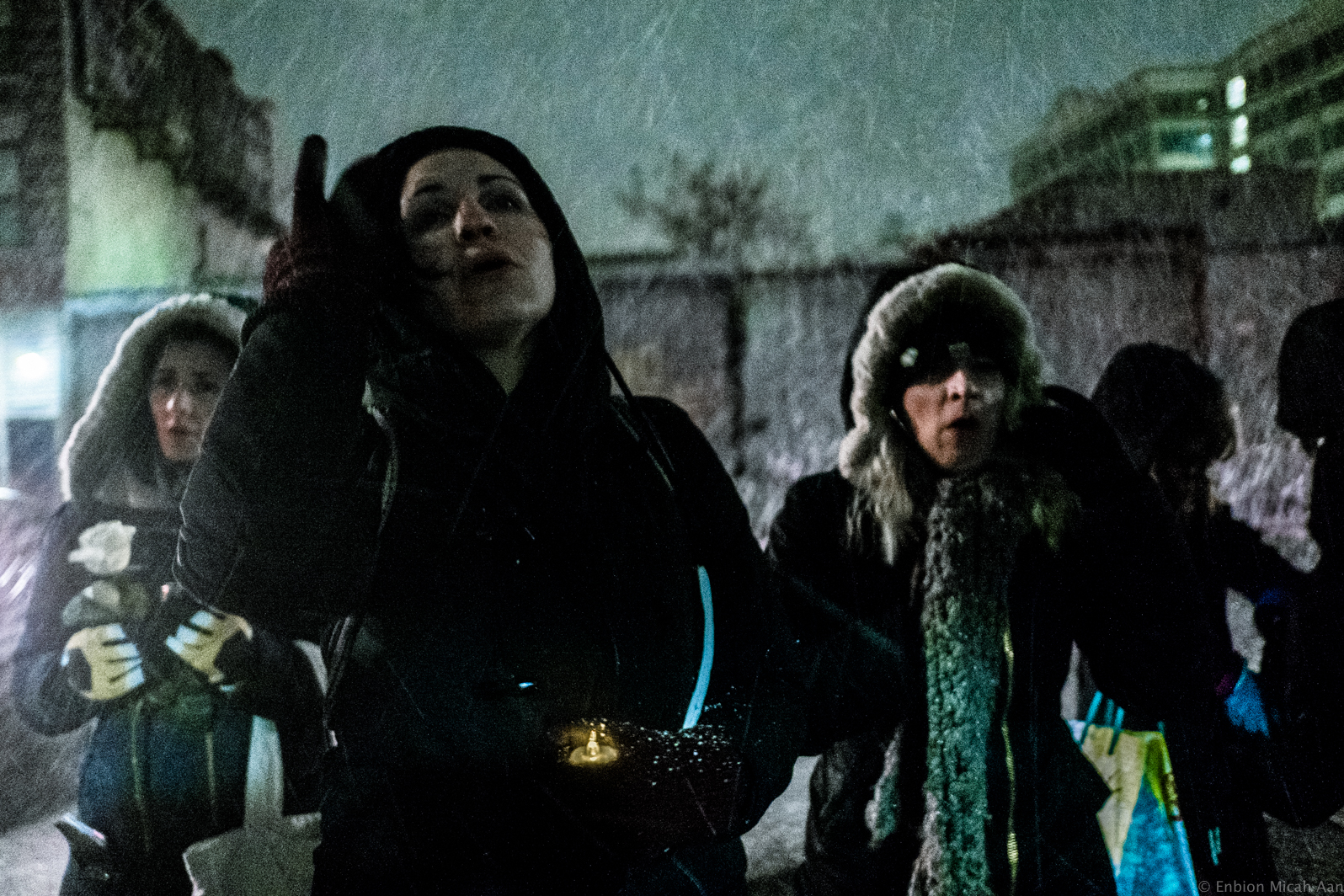 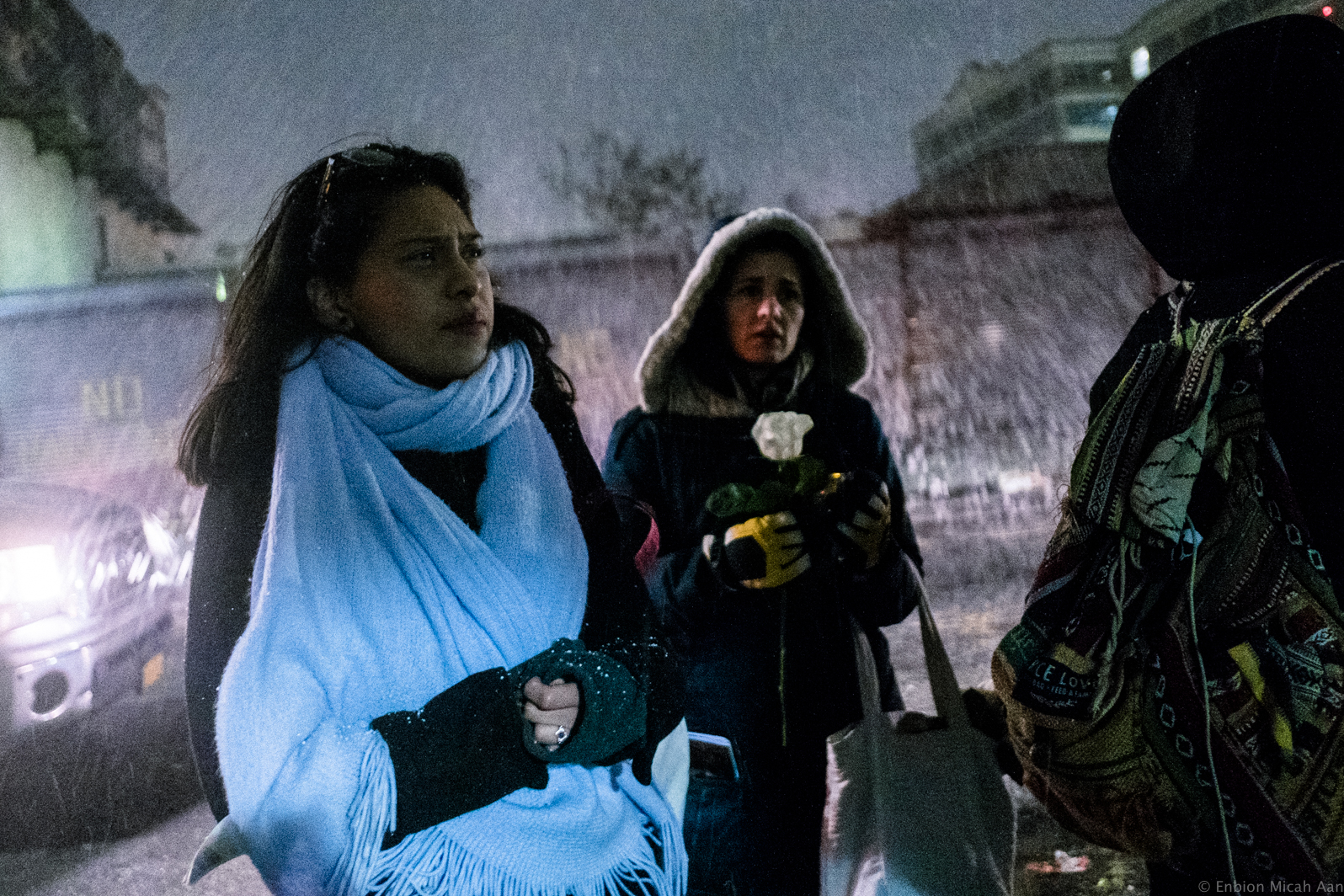 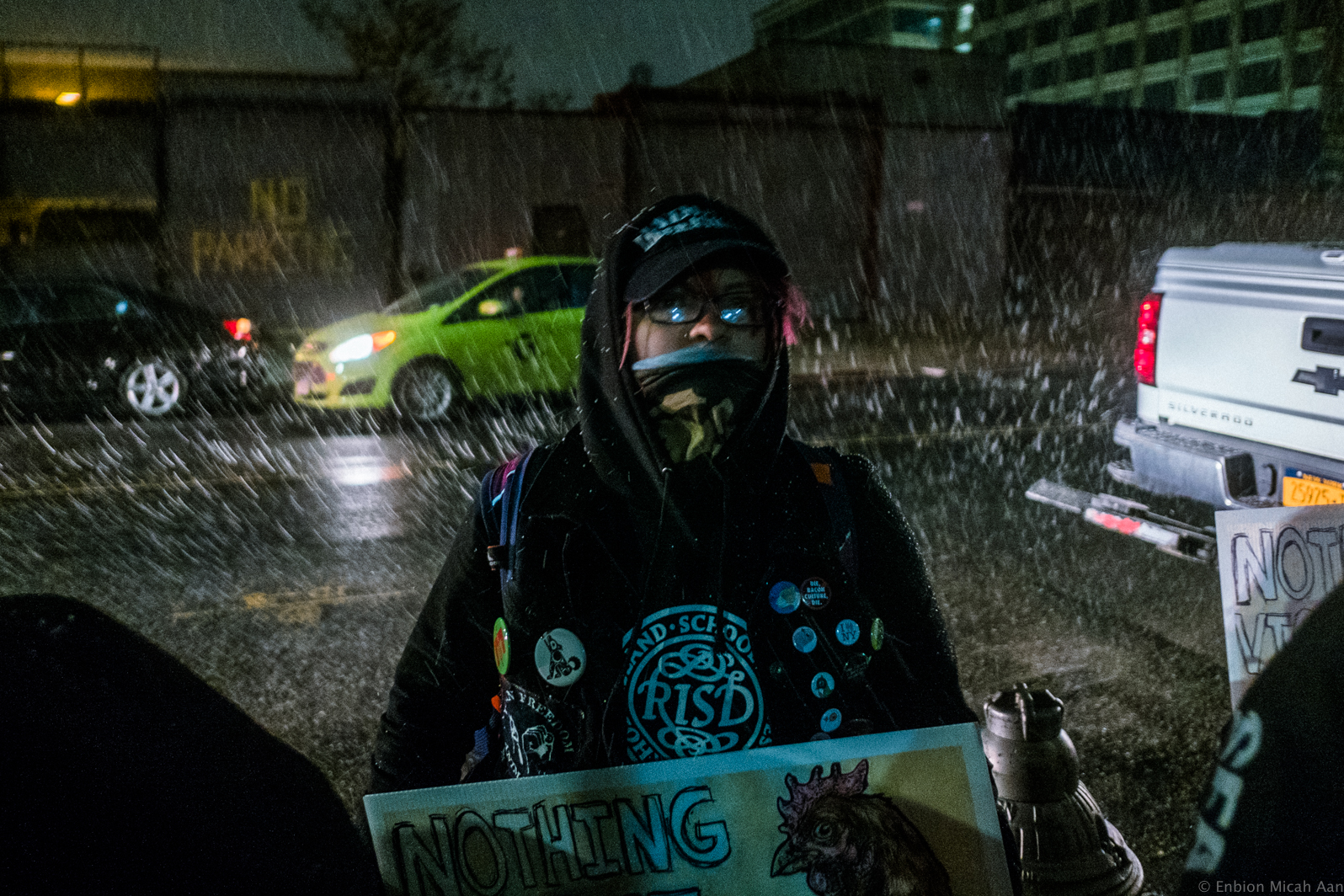 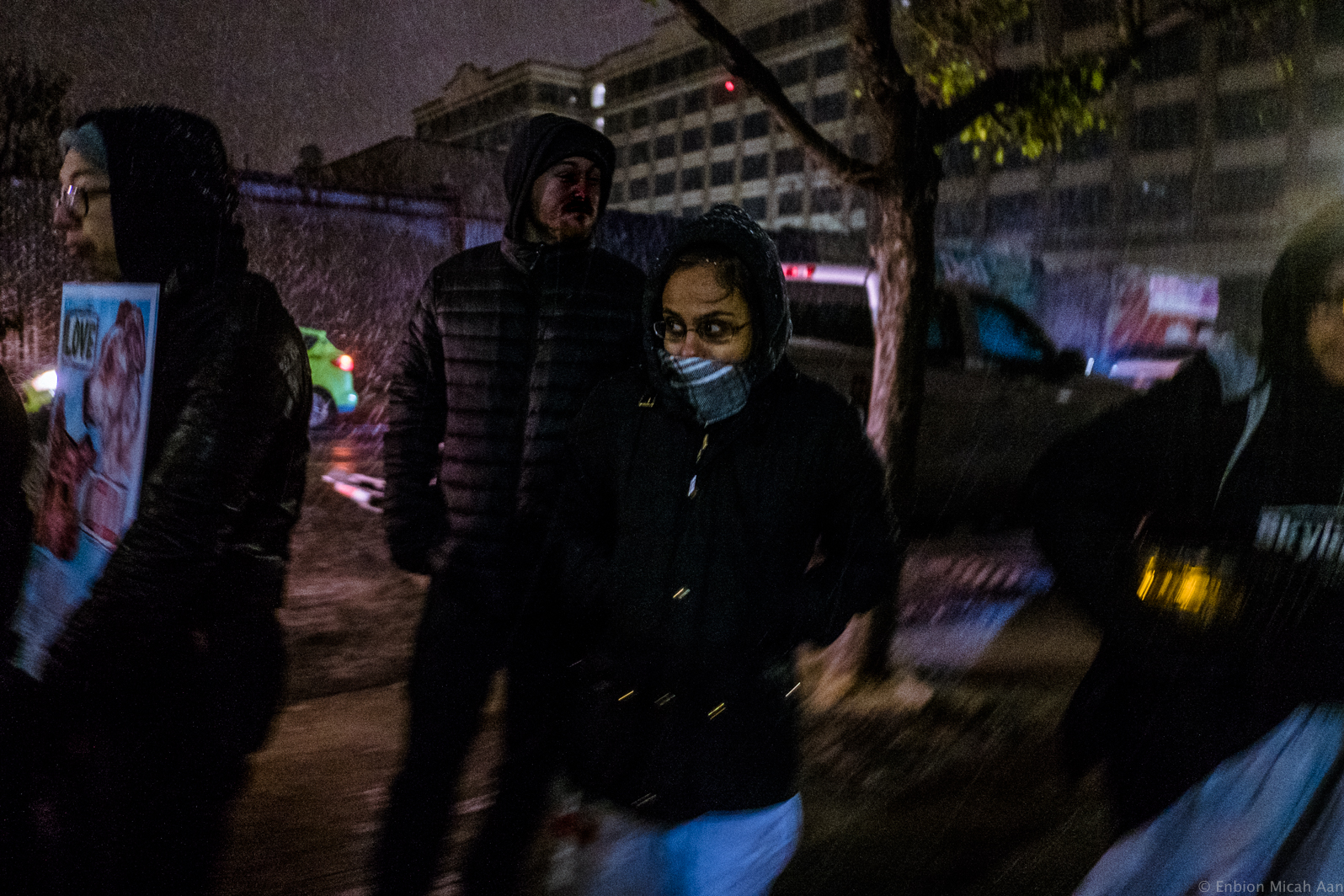