What Comes Now for Efforts to Realize Gay Marriage in Taiwan?

WITH A DEFEAT for gay marriage on the 2018 referendum, what comes next? While present on the referendum in the form of two wordings, both versions resulted in gay marriage being voted down.

A version of the referendum with wording unfavorable to gay marriage was pushed for by anti-gay groups, as a result of which LGBTQ groups pushed for a version with wording favorable to gay marriage to also be on the ballot. It was previously a concern that the two different wordings on the referendum for voting on the same issue would lead to confusion. Ironically, however, this turned out to be a non-issue, with Taiwanese voting consistently against gay marriage on both versions, with over 7 million voting against gay marriage in a referendum which was participated by over 10 million. 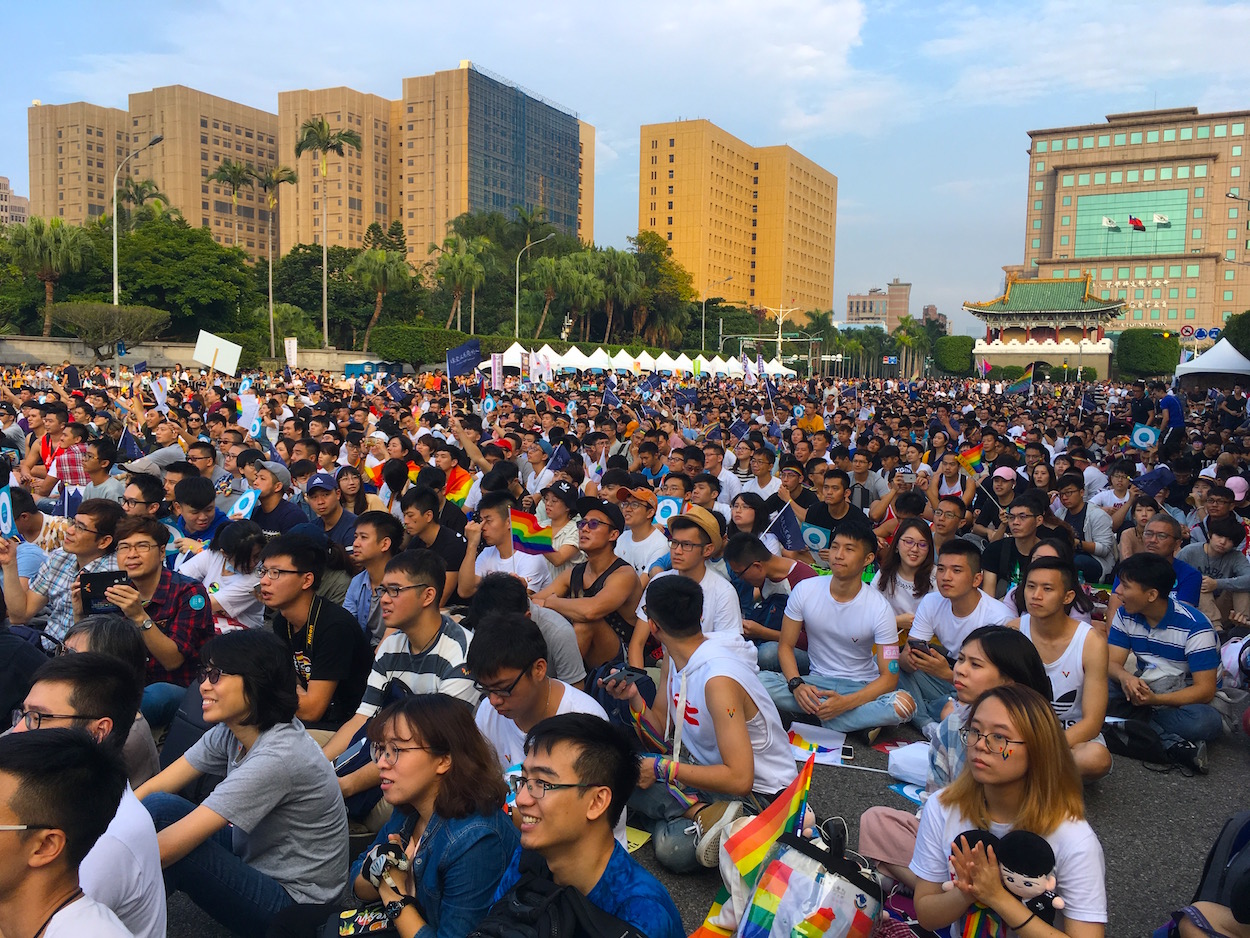 According to the Referendum Act, if what is being voted on is to propose a new law, the Executive Yuan must propose a version of that law in three months which is to be discussed by the legislature. However, at the same time, the Referendum Act does not supersede the constitution, meaning that the ruling of the Council of Grand Justices that the legalization of gay marriage must take effect in two years still took priority.

The ruling of the Council of Grand Justices in May 2017 did not specify whether “gay marriage” was to be realized as a form of marriage equality or civil partnerships and it stated that the legislature would have to take action within two years on the issue, otherwise same-sex couples would simply automatically begin to enjoy all privileges currently enjoyed by heterosexual couples.

The legislature has not taken any action on the issue since then until after the referendum. But the results of the referendum, which many take to be demonstrative of that a majority of Taiwanese do not support marriage equality, have now led the Legislative Yuan and Executive Yuan to push for legalizing same-sex unions as civil partnerships, rather than full marriage equality. Civil partnerships would be passed not by amending the existing Civil Code, but by adding a new law to the Civil Code, with the claim that this would not change the fundamental definition of the family in the Civil Code. 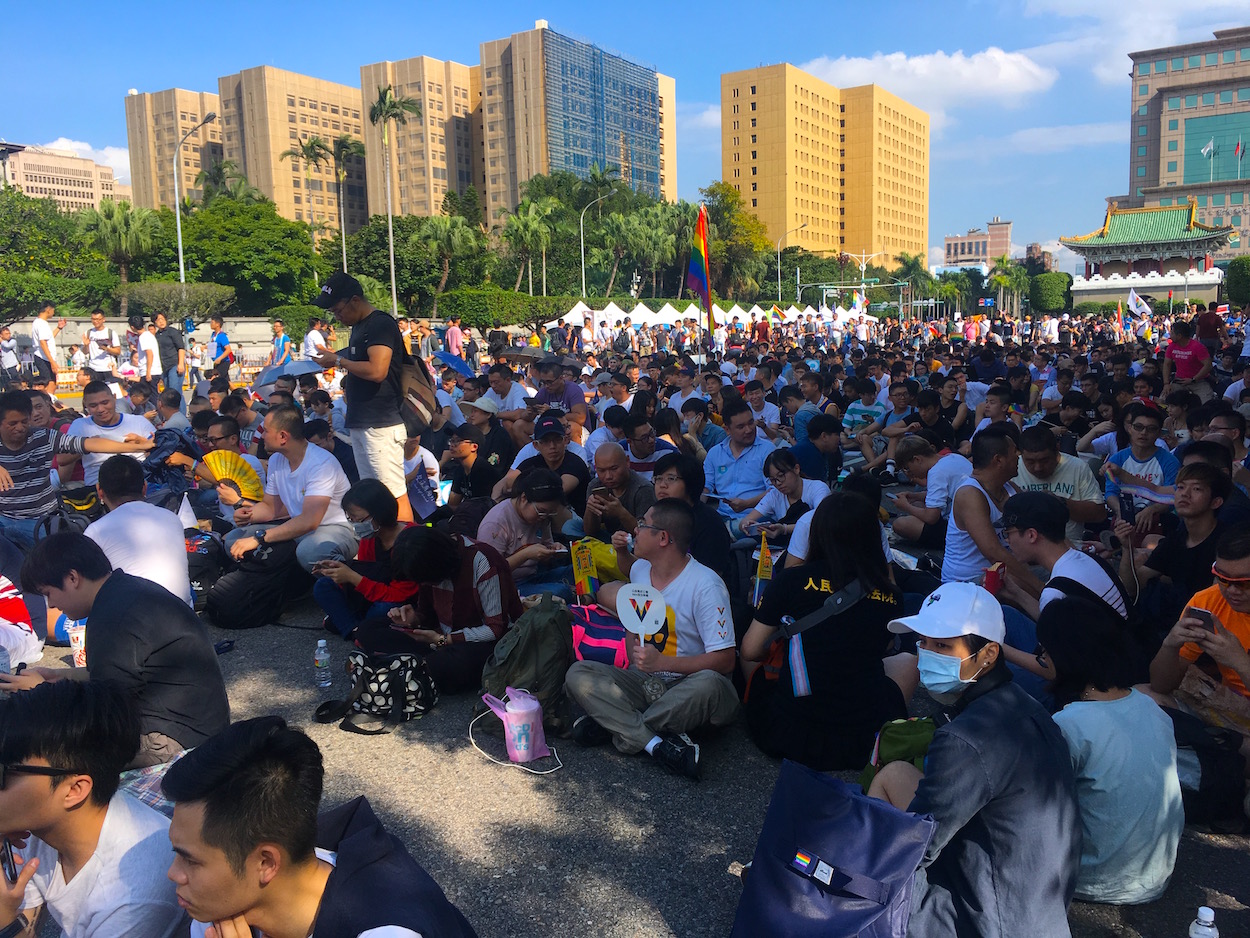 It is still a possibility that anti-gay groups will seek to ensure that gay couples do not have the same rights as heterosexual couples, particularly regarding the right to adopt, seeing as this law would involving adding the rights to be accorded to same-sex couples piecemeal rather than simply giving them all of the rights that heterosexual couples already enjoy at once. Anti-gay groups also organized a referendum against LGBTQ-friendly education because of the view that this encourages the spread of homosexuality among children. It is highly possible that they would view the right to gay couples to adopt as also dangerous, with a similar view that this will also encourage the spread of homosexuality. They have not yet articulated this view, but may currently be silent on this issue for strategic purposes.

A draft bill did exist within the Legislative Yuan, as pushed for by progressive legislators such as You Mei-nu, which is based on amending the Civil Code to realize marriage equality. This bill would have could have passed speedily into law had the referendum been successful. However, this seems to have been made moot with the Legislative Yuan and Executive Yuan both agreeing to push for civil partnerships.

Moreover, a narrative has emerged in the Taiwanese media that politicians that the DPP politicians who refused to take a stance against gay marriage, such as Chen Chi-mai in Kaohsiung, were defeated in part because of a failure to mobilize the pan-Green church groups because of this issue. This may be further discouraging of other DPP politicians to openly support marriage equality and go against the rest of the legislature and the Executive Yuan. 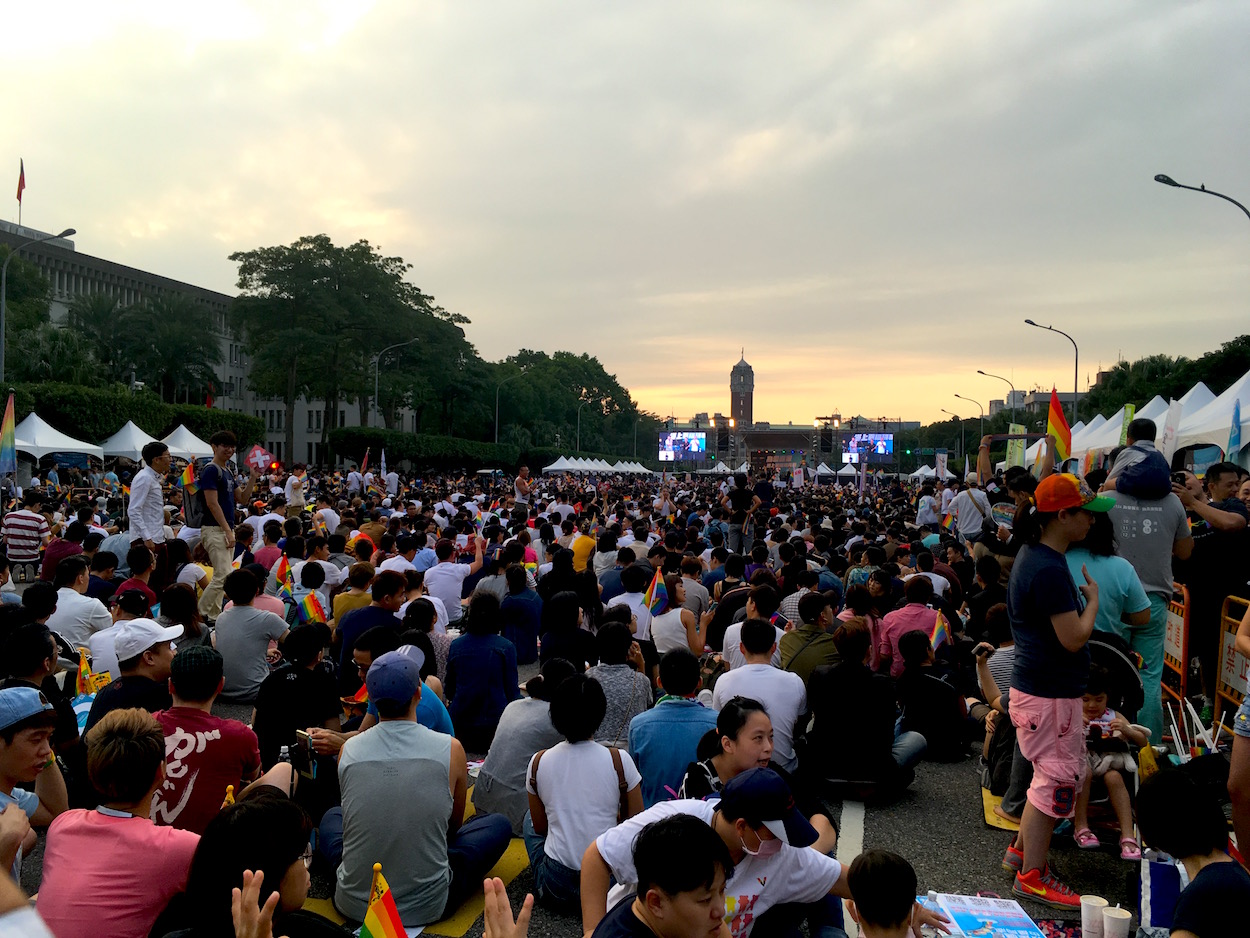 In the meantime, it is expected that anti-gay Christian groups will step up political activities in the near future. Anti-gay Christian groups have coalesced into a political force of their own and have announced that they intend to run close to 80 legislators in 2020 elections in order to realize their version of a conservative Christian Taiwan. Although Christians are a clear minority in Taiwan, with less than 5% of Taiwanese being Christians, this alliance could have substantial resources at its disposal, seeing as millions of USD were reportedly pumped into Christian groups by American Evangelical groups in the run-up to the gay marriage referendum. The result was that progressive social forces were mostly outgunned by conservative groups in the struggle for marriage equality. This is a dangerous possibility.

But now the fight to marriage equality has experienced another setback with the push for civil partnerships by both the Legislative Yuan and Executive Yuan. Swift action may be needed to combat this, although it remains to be seen what form that could take.