TWO CHINESE DISSIDENTS seeking asylum in Taiwan, Yan Bojun (顏伯鈞, 43) and Liu Xinglian (劉興聯, 63) have now been stranded in Taoyuan International Airport for over fifty days while the Taiwanese government remains undecided on what to do with them. Yan was a participant in the New Citizen’s Movement (中國新公民運動) and Liu is one of the founders and the secretary-general of the NGO China Rights Observer (中國人權觀察). The two have been waiting for 53 days in the corridor of a lounge in Taoyuan International Airport since their arrival to Taiwan on September 27th, a scenario seemingly torn from the film The Terminal.

Both fear imprisonment, torture, and possibly worse if they are repatriated to China. According to Liu, he was previously imprisoned for nine months, after which he discovered that he had developed a tumor on his left adrenal gland. Liu has stated that during his jailing, he was tortured through loud noises being played to him constantly, damaging his ear nerves. Since his jailing, he has developed heart disease, high blood sugar, neurasthenia, and high blood pressure, thus requiring medication.

Interviews with Yan by Al-Jazeera while Yan was in Thailand indicated that he suspected Chinese surveillance and frequently moved house as a result. After the disappearance of Hong Kong bookseller Gui Minhai (桂敏海) in October 2015, who published and sold books critical of China at Causeway Bay Books, Yan assisted with attempts by international media to discover what had happened to him, and he was among the first that Gui’s friends and family turned to for help in efforts to find him. Yan had previously fled to Thailand while secretly hiding for over twenty-four hours in a small compartment on a bus.

Indeed, imprisonment for the duo is very likely if they do return to China. China Rights Observer founder Qin Yongmin (秦永敏) was sentenced to 13 years imprisonment for his activism in July and New Citizen Movement founder Xu Zhiyong (許志永) is currently serving a 4 year term.

It remains an open question whether the Tsai administration will allow the two to enter Taiwan to seek asylum. Both hold UNHCR refugee certificates, having previously sought asylum in Thailand, but eventually having left Thailand due to fears of arrest. In the past, the Thai government has in several cases handed over refugees that were previously granted asylum in Thailand to the Chinese government, including Chinese dissidents Dong Guangping (董廣平), Jiang Yefei (姜野飛), journalist Li Xin (李新), and Hong Kong bookseller Gui Minhai (桂敏海). Gui was kidnapped by China while he was in Thailand and did not have UNHCR status, but it is unlikely that this kidnapping could have been carried out without the cooperation of Thai authorities.

Ironically, the present DPP Tsai administration is actually quite cautious on the issue of Chinese refugees. Both Yan and Liu were following the example of Chinese dissident Huang Yan (黃燕), who was granted a three-month stay in Taiwan after not boarding a transfer while in Taoyuan International Airport. Even then, Taiwanese authorities have attempted to emphasize that this is not political asylum, but medical leave, and that Huang will eventually have to move elsewhere.

The Taiwanese government has also refused entry to Chinese asylum seekers in the past, as occurred in April 2017 with Zhang Xiangzhong (張向忠), who spent three years in jail for anti-corruption activism. Zhang was eventually persuaded to return to China by Taiwanese authorities.

By contrast, even the starkly pro-unification Ma administration was perfectly happy to grant asylum to nine Chinese asylum seekers in 2014. This would be a way in which the Tsai administration is unusually cautious because of fears of disrupting cross-strait relations, even when Taiwan could easily stand to boost its international standing as a democratic, free country by accepting refugees from China and other countries. New Power Party legislator Freddy Lim has also suggested that this could be beneficial to Taiwan. 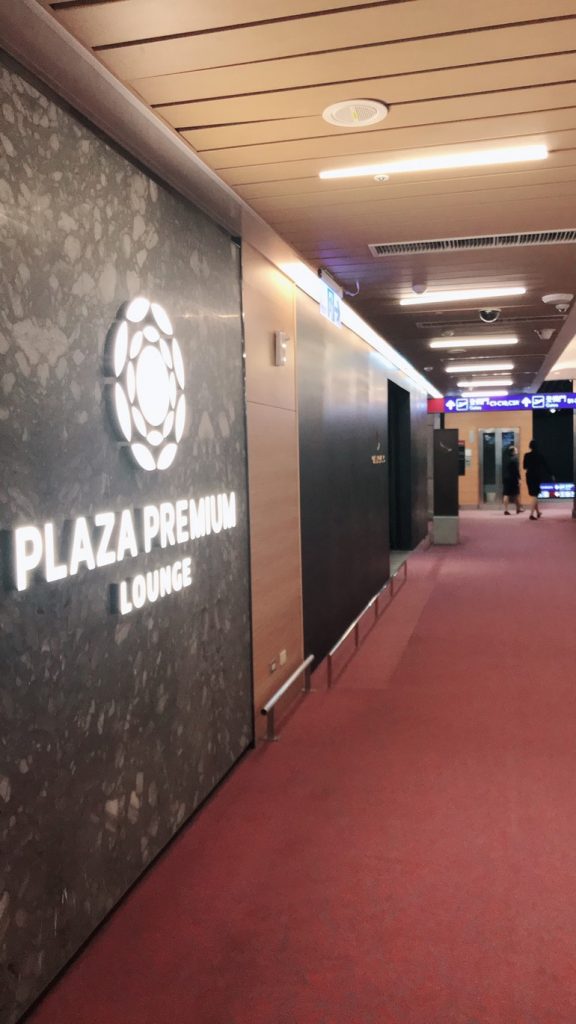 The lounge hallway where the two are staying in Taoyuan International Airport. Photo credit: Yan Bojun

While the Tsai administration sometimes cannot confirm asylum seekers’ claims about themselves because they are not well-known as political activists, given Yan and Liu’s verifiable history as activists in China, this is unlikely to be the case here. As such, it is likely simply fear of upsetting China which has led Yan and Liu to be trapped in Taoyuan International Airport for over 50 days. Almost no Taiwanese media has since reported on their plight since early October, as a result of which many are unaware that they are still in Taoyuan International Airport close to two months later.

Yan and Liu have emphasized that they are happy to be in Taiwan and that, while they hope to be moved from the lounge where they remain confined, they are understanding of the Taiwanese government’s actions. However, Mainland Affairs Council and immigration officials have in the past attempted to persuade the two to return to China or suggested that they would be sent to another country, something which prompted Liu to swallow a large amount of hypertension medication in a possible suicide attempt, something which required emergency assistance.

New Bloom editor Brian Hioe spoke to Yan by telephone on the afternoon of November 16th. The following is a transcript of their conversation that has been edited for clarity.

Brian Hioe:  Can you first introduce yourself for readers who may not know you?

Yan Bojun:  My name is Yan Bojun. In 2012, I participated in the New Citizens’ Movement. With the change in government, this has led to an increase in political suppression, and I was forced to flee to Thailand. In Thailand, I participated in a dissident political party, which led me to be threatened. As a result, we fled on September 17th, fleeing from Bangkok to Taoyuan International Airport. We have been now been in Taoyuan International Airport for 51 days.

We applied for political asylum in Thailand and obtained refugee status from September 2016 to September 2017. But we were threatened in Thailand, which is why we fled to Taiwan. In other words, unidentified people threatened us. At the same time, we hungered to come to Taiwan, a lighthouse of democracy, in order to experience constitutional democracy for ourselves, and an environment in which human rights were protected. This is why we would come to this place.

BH:  What would happen to if you returned to China? Why did you specifically come to Taiwan?

YB:  If we returned to China, we would unquestionably experience persecution. This is without a doubt. If we were sent back there to be imprisoned, we might even be killed. Because of how strong political persecution is in China, we had no option but to flee. And because of threats to us in Thailand, we were also unsafe there.

Threats began for me in March. I was working illegally in a clinic at the time. An unknown person brought Thai police to repeatedly investigate the clinic I was working in, which was quite threatening.

In May, a few colleagues of mine in the clinic were detained. After they were detained, they were told at the police station that the police primarily hoped to arrest me. This made me very nervous. In August, Mr. Liu and I got in contact because we both were facing threats and felt that we had to flee. We didn’t have many other considerations then, except to flee. 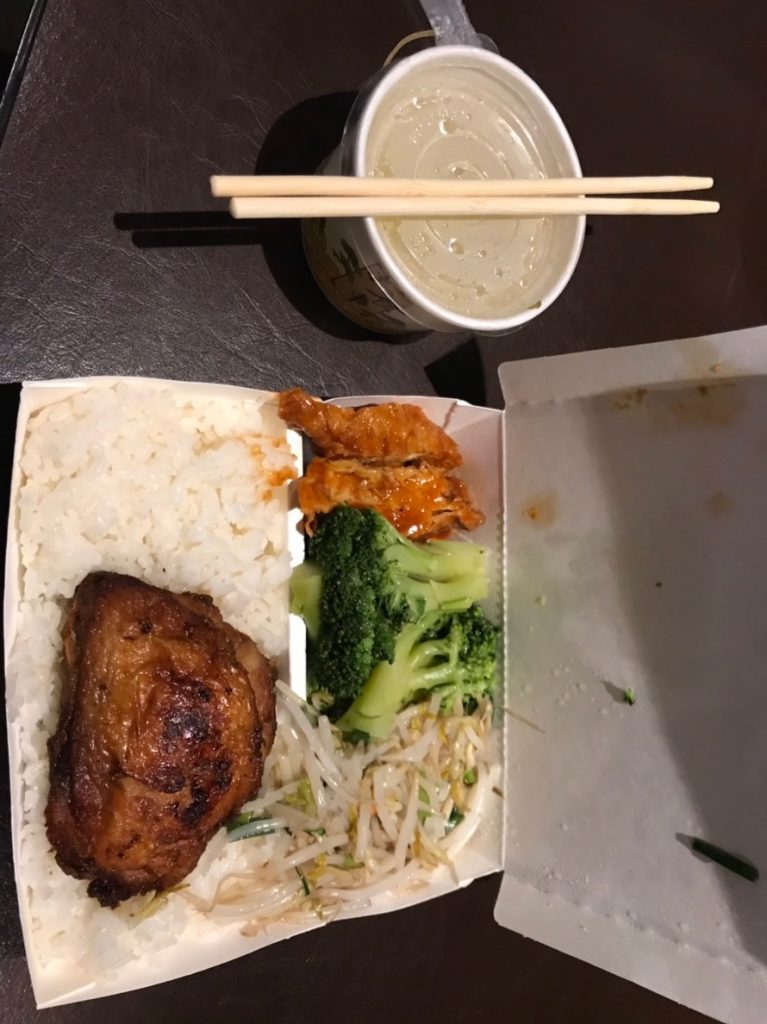 Food provided to Yan and Liu while in the airport. Photo credit: Yan Bojun

BH:  What has the response of the Taiwanese government been? Because you and Mr. Liu have been in Taoyuan International Airport for over 50 days now.

BH:  Lastly, what would you hope to say to readers, not only Taiwanese readers but also international readers?

YB:  We have two requests at present. One is that we hope that Taiwan can allow us to enter, to let us experience democratic rule of law and the protection of human rights for ourselves.

The second is that we have many friends invited by Taiwan to observe nine-in-one elections this year. The Taiwanese government has invited many well-known dissidents from all sorts of backgrounds, including Dr. Yang Jian-li, Wu Renhua, the author Wu Xiao-kang, Wen Hai, Bei Ling, Teng Biao, and others.

They will all come to Taiwan to observe elections. It’s a total of 25 people. I know that of these, six have agreed to come. So I hope that in conducting exchanges with civil society organizations and international NGOs, they can raise the issue of our situation, to try and attract attention, and to speak up for us, to help us.