“TWO GOOD, THREE BAD” (兩好三壞), the slogan of the marriage equality advocacy groups, has been frequently heard on the streets of Taiwan ahead of the national referendum on November 24th. This proves a strong contrast to the vocally louder, more aggressive, and well-funded anti-LGBT+ equality group, the Happiness of the Next Generation Alliance (下一代幸福聯盟), which claims to uphold traditional family values and is largely funded by conservative Christian fundamentalist organizations. 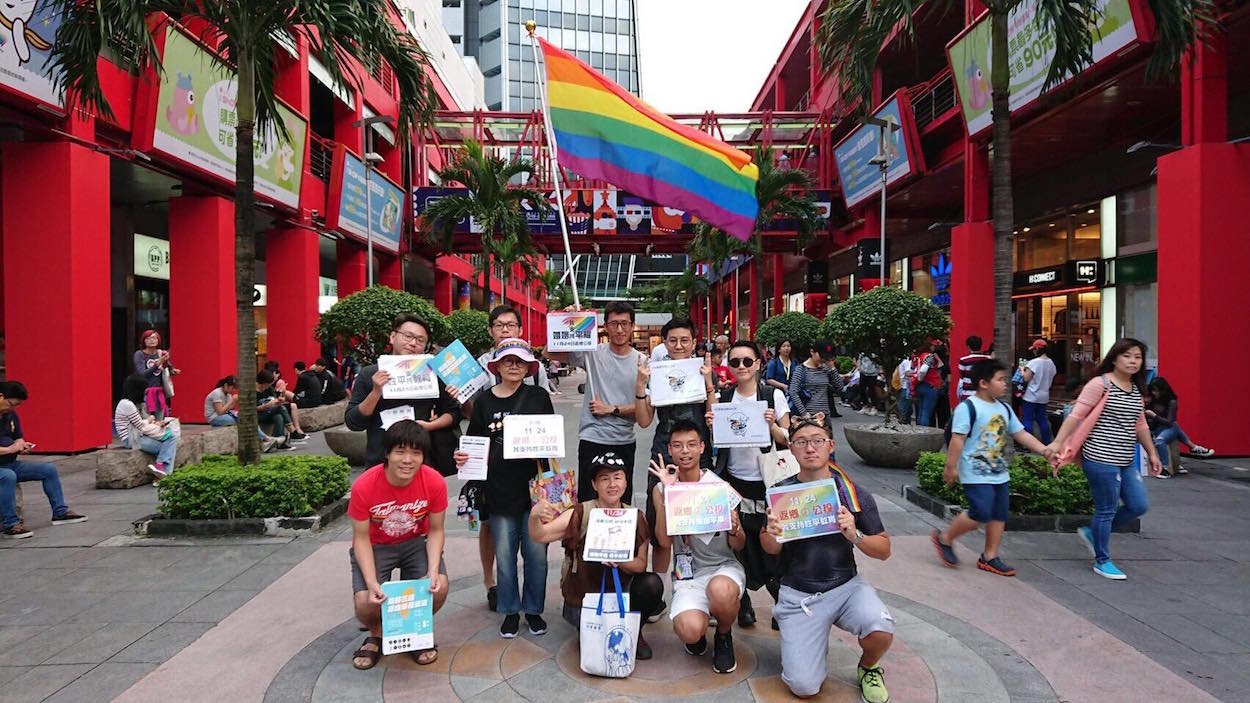 While the name of their referendum directly translates to “Love Family Referendum” (愛家公投), the Happiness of the Next Generation Alliance’s actions have proven otherwise, as evident in their aim of preventing others from having a shot at forming a loving family, at any cost. Through nationally televised debates, flyers, and commercials, the Alliance consistently continues to spread fake news from distorting information regarding elementary and secondary school sexual education, the effects of legalizing gay marriage on national health insurance coverage, the national birthrate, and other issues.

Spending evenings and weekends during the past few weeks on the streets of Taipei as part of the Equal Rights Cuties (平權公投小可愛), an entirely volunteer-based group comprised of students, freelancers, retirees, stay-at-home parents, and those already in the workforce dedicated in creating dialogue on the streets around the importance of marriage equality and LGBT+ inclusive education, it has been exhilarating to witness first-hand how many Taiwanese hearts and minds at various ages, family and social backgrounds have been receptive and respectful to different ideas. After long conversations, to my own surprise, many of those who were initially opposed to gay marriage have come around in support of equality. 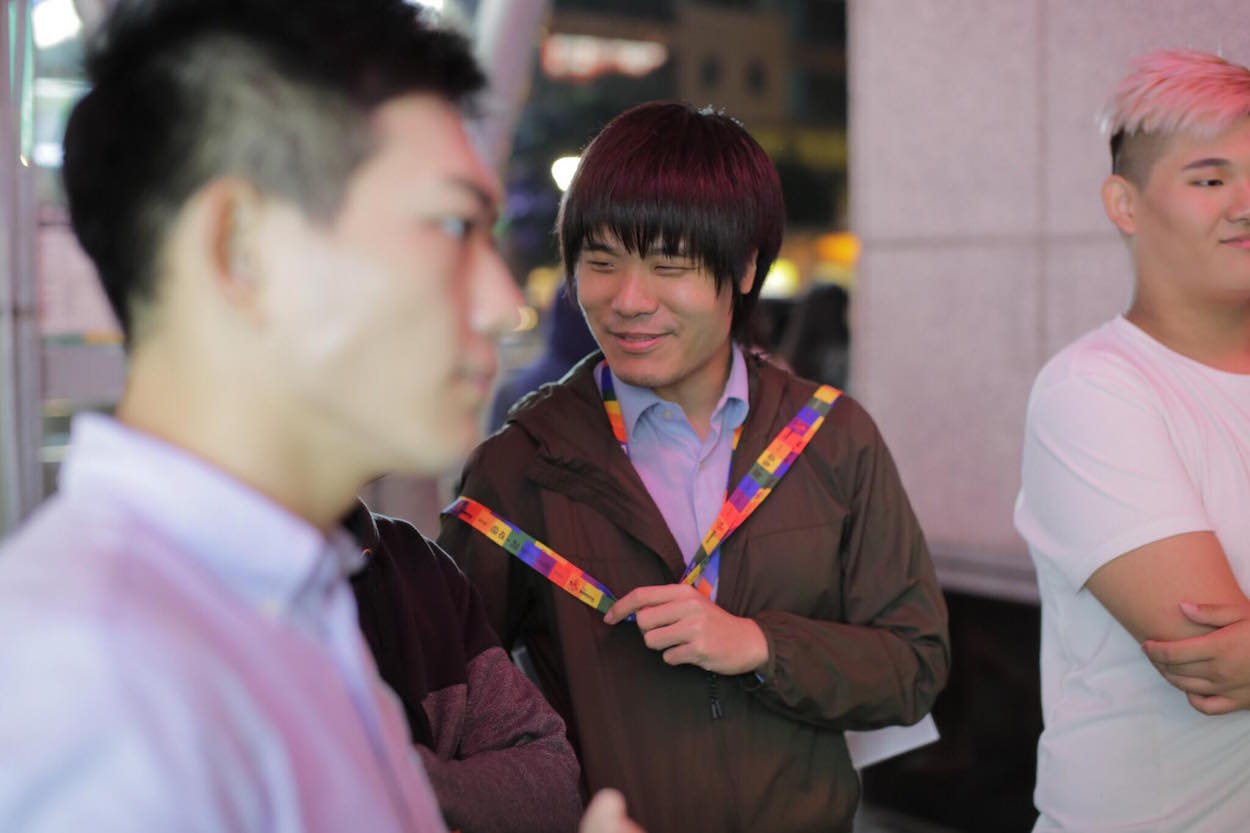 That is, after deep discussions around bullying at school, discrimination against minorities, and the daily struggles same-sex couples face from the inability to authorize lifesaving medical procedures and hospital visitation, sometimes this is successfully persuasive of those initially opposed to marriage. Hearts and minds can change after meaningful discussions.

With exactly a week to the referendum, anti-LGBT+ equality organizations have intensified their harassment. Numerous volunteer groups have been violently attacked both verbally and physically as they canvas, as seen in the outskirts of Taipei, Hsinchu and most recently Taichung. Opponents of marriage equality have also started blocking areas to prevent sidewalk access to areas the LGBT+ equality support groups have long been canvassing, including MRT stations in near more liberal areas of Taipei in which there are many young people, such as Zhongshan, Ximen, Zhongxiao Dunhua. This has been done by deploying churchgoers to block off space to make it difficult to establish dialogue with those passing by. Marriage equality opponents also air misleading commercials with the aim of deceiving voters who are supportive of marriage equality to vote for yes to the anti-marriage equality referendum proposition 10, 11 and 12.

The hottest topic has been proposition 12, which aims to ban sex education from any mention of non-heterosexual orientations. This has been a crucial part of Taiwan’s primary education, implemented after the suicide of 15-year-old Yeh Yung-chih (葉永鋕) in 2000 following intense bullying of him by classmates because of his perceived effeminateness. Anti-marriage equality groups have added this proposition to prevent teachers from fostering awareness around respect and understanding of sexualities other than heterosexuality.

Research shows that the suicide rates for sexual minority youth is two to seven times higher than heterosexual youths internationally. Should this referendum proposal pass, Taiwan’s education will take a huge step backward. It is unfortunate and ironic that a small religious fundamental group, with Christians comprised of only approximately 3% percent of Taiwan’s population, also a minority, attempts in every way possible to deny other minorities basic human rights and—we might even say to deny them life, given the pressure LGBT+ youth face that leads them to suicide. 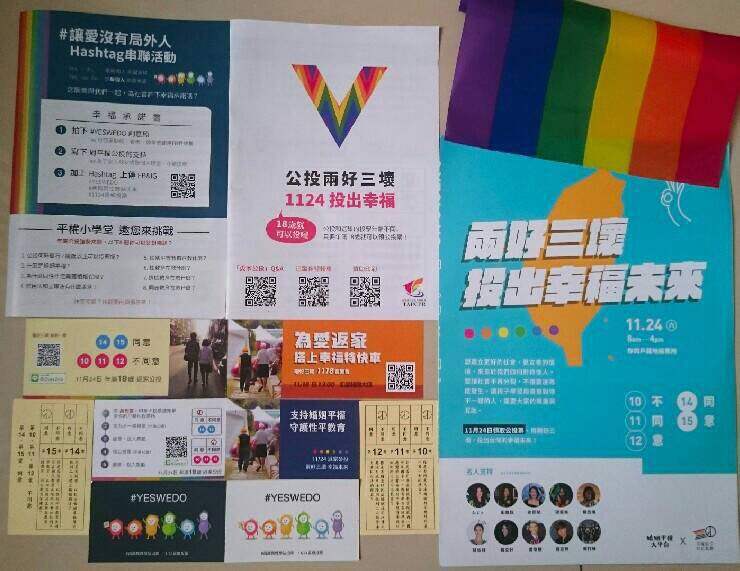 However, despite the opposition from Christian groups, national physician, medical, mental health associations, 27 multinational and Taiwan companies, various foreign official missions in Taiwan, celebrities from models, singers and renowned actors, and actresses in the Chinese speaking have come out to speak against the three anti-LGBT equality propositions, reaffirming the need for equality and inclusive education for everyone, including sexual minorities.

As today marks exactly seven days prior to the elections, we can only hope that more hearts and minds can be changed, more misinformation spread from the anti-equality campaigns can be debunked, and that Taiwan can still retain its status as the beacon of democracy and human rights in Asia. If you are bored and feel like you would like to do your share in helping make Taiwan a more inclusive country, volunteer marriage equality canvassing groups need you more than ever in this last week. 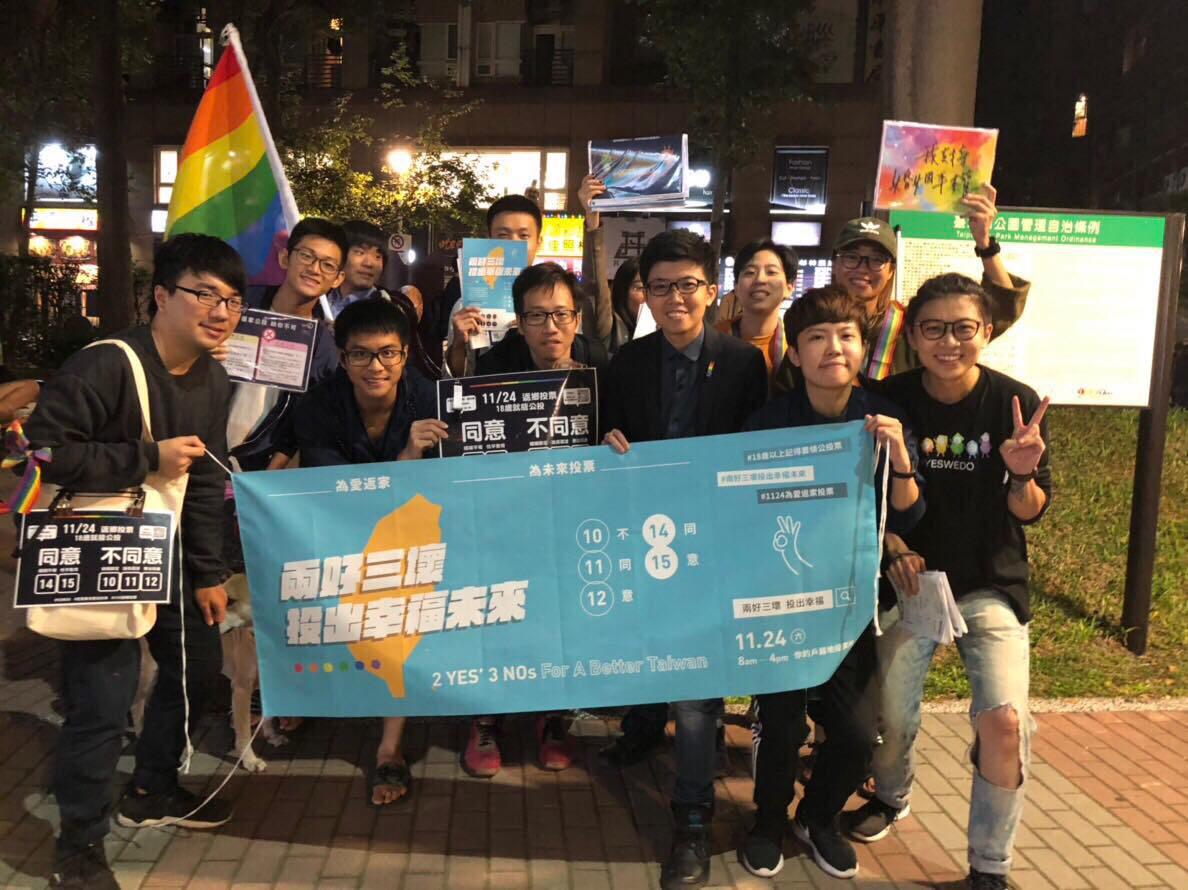 Feel free to reach out to Equal Rights Cuties (平權公投小可愛) or Equal Love Taiwan (婚姻平權大平台), a great place to meet and have fun with like-minded activists and supporters of equality! And most importantly, be sure to vote for proposition 14 and 15 in support of marriage equality and LGBT+ inclusive education (and against 10, 11, and 12).