On October 23rd, New Bloom editor Brian Hioe interviewed Radical Party candidate Dolly Hsiao, who is running in the Nangang-Neihu area of Taipei. This is part of New Bloom’s ongoing series of interviews with independent city councilor candidates, as part of its special 2018 election coverage.

Brian Hioe:  Could you first introduce yourself for readers who may not know you?

Later on, I began my so-called political work. 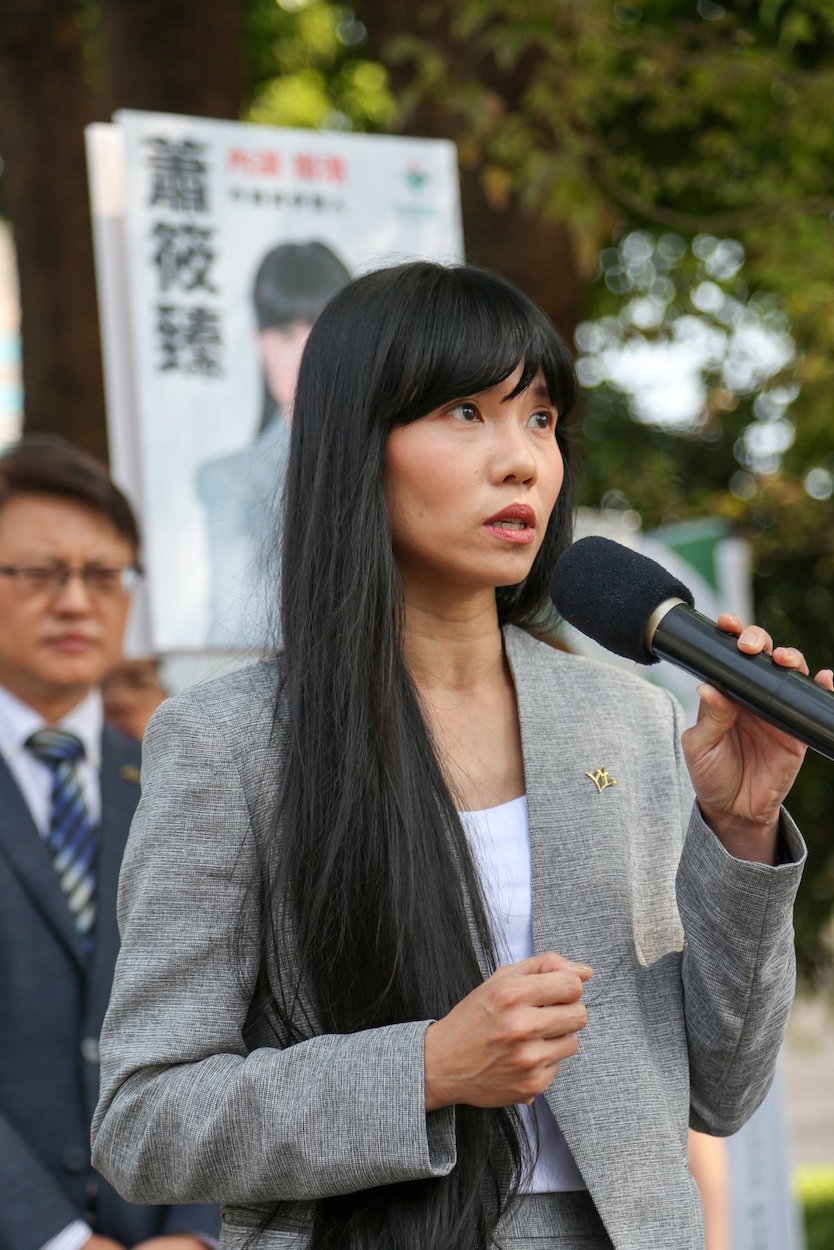 BH:  Why did you decide to participate in politics? Did you originally come from a social movement background?

DH:  This started from when I was small, when my father would take me to speeches of the dangwai movement in parks and stadiums. Everyone would take small wooden stools there to listen.

I truly began to participate in politics in 2008 when Ma Ying-Jeou took power and began to lean towards China while campaigning. At that time, I wondered how we could have suffered such a substantial loss, which is why I began to concern myself with social issues and participate in protests with youth organization. This has continued to now, as I am currently seeking to enter the political system.

DH:  In the past, I did not think I would enter any particular political party. There were some things I liked and disliked about each political party. During the Sunflower Movement in 2014, I became familiar with the Radical Party, and felt that the Radical Party could achieve its aims and ideals. At the time, getting into office was an aim of theirs, and I felt their values matched mine. At the end of last year, I decided to run under the Radical Party.

In looking at the values they advocate, only the Radical Party directly opposes China. From when I first became concerned with such matters, only they dared to directly protest China, as well as advocate for Taiwan independence, transitional justice, labor rights, and other issues. I feel that these issues are the root cause of Taiwan’s basic problems, and this is why I identify with their values.

BH:  What do you think is particular about the area you are running in? Who are your opponents and what election strategy have you adopted?

DH:  In truth, the differences between Neihu and Nangang are quite large. I originally lived in Nangang, but I also worked in Neihu for close to ten years, so I know both. Neihu has a lower average age, there are more members of the middle class, and there are more new buildings. Neihu also has a higher average salary, in regards to the Taipei area. Nangang is older, and its development is slower. What is shared between both areas is that there are industrial parks in both, one of which is focused on software, and the other on industry. During work hours, many people commute from outside, leading to some congestion issues.

In terms of election strategy against opponents, many parties have votes from established local organizations, or depend on providing services to local voters. For the Radical Party, we focus on expressing and advocating our values and policy, in order to explain the issues of the city and how we intend to provide oversight of the city government. In this way, we can distinguish ourselves from our opponents. 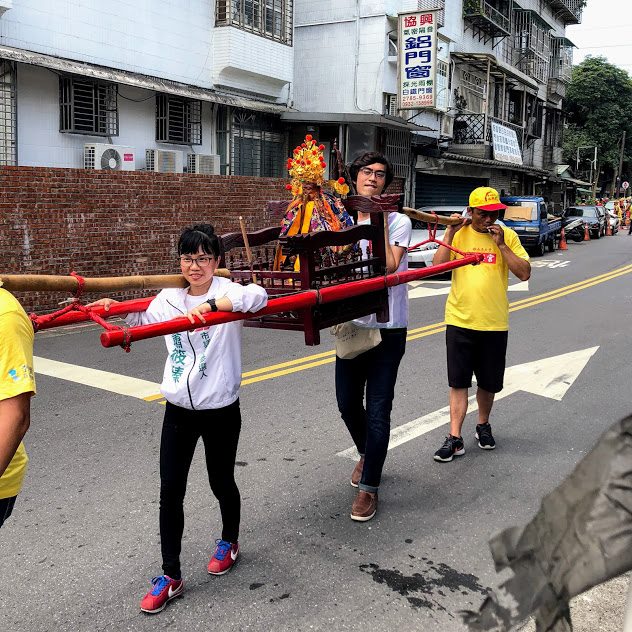 BH:  What do you think is particular about yourself as a candidate as compared to other candidates?

DH:  In the elections, we advocate defense against China’s United Front in terms of the city government or culture. This is a large central issue and I myself started politics with this focus on culture. United Front activities may have declined after the DPP took office, but the DPP’s policies have actually not been very clear in countering the United Front after taking office. Whether in terms of the economy, culture, academics, religion, or other targets, these are all subtle entry points for China’s United Front to launch their plans. For example, in terms of the cultural United Front work targeting Ko Wen-Je, this actually happened to him without him being aware of it, you could say he was ignorant of it, and even some people interpret this to mean he had good intentions.

I hope that after being elected, I can carry out work to defend ourselves against this. There is much cultural United Front Work at present. We will find ourselves through local culture, and let people recognize and identify with this issue, whether in Neihu and Nangang or Taipei city as a whole.

BH:  What challenges do you think you have to overcome in election campaigning?

DH:  Challenges? There are many. [Laughs] The first is with regards to recognizability, whether this is in terms of personal recognizability or recognizability for the Radical Party as a whole, as we are a new party. Another difficulty is that for a long time, with Taiwanese elections, this has been a game of competing with money. To be honest, it’s hard to shaken this entangled interest complex.

Since we have been voters ourselves, in terms of voter behavior, we know that  another challenge is that average voters usually won’t look at ideals or political views, but just how many times you appear. For our recognizability, we need to make many public appearances and this is another challenge.

Of course, I believe that we need to continue to push in order to continue to transmit our values to other people. But you need to spend a lot of time and energy on this, in order to build an image up over time, and allow people to get to know you. Another challenge is that it is harder to meet office workers or young voters, and the people you encounter more often may be older, around forty or above. For young people, I think this is a challenge, because they may like recognizability, or place great importance on a person’s appearance and public image.

For a new candidate and for the Radical Party, this is a challenge. 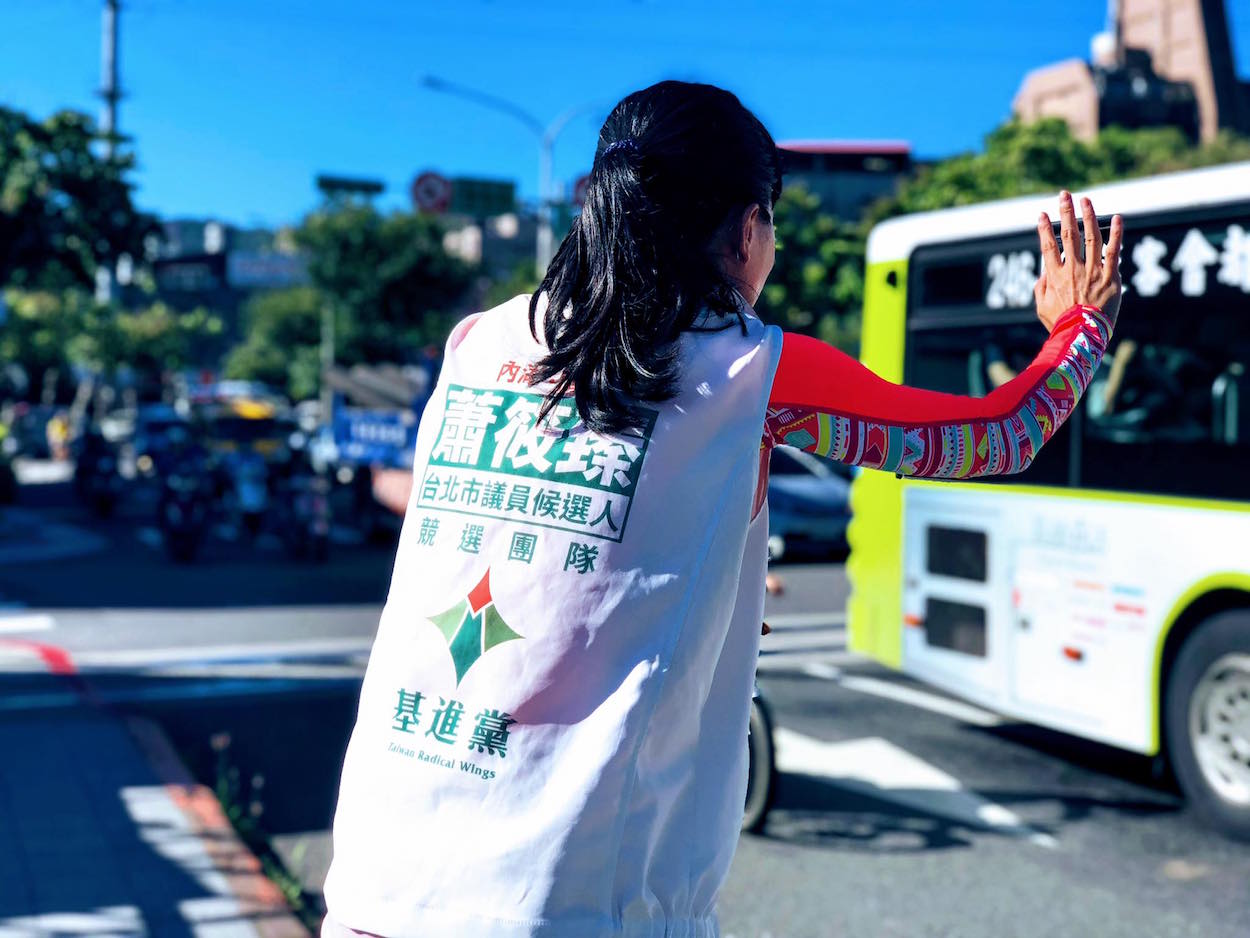 BH:  Do you think political developments in Taiwan in the past few years can be linked to global trends?

DH:  I believe that because the Internet has become very developed, the speed of communications has gotten much faster. China takes advantage of this, exploiting Taiwan’s weak points in its democratic tools, to infiltrate Taiwan with the spread of fake news, for example. We can see the expansion of Chinese “sharp power” globally as well.

I learned recently that the author of Lost Paradise—who is Japanese—had his rights bought by Qingdao Publisher in China, and that they found a translator in Taiwan. It is strange that a Taiwanese translator translating a Japanese book would require buying rights from China. You can see that China uses lawsuits to expand its influence in other places, such as in New Zealand, Europe, Canada, and other places. Taiwan is not an exception— this problem has long existed in Taiwan.

This is something that political parties have not concerned themselves enough with. So I feel that the tendency is the same in Taiwan and the international world, but people are less conscious of this in Taiwan. Other countries began to make policies to counter China, but people in Taiwan are not sufficiently aware of this. It’s like we are a frog being cooked in lukewarm water, but we are still being cooked.

BH:  What do you think is different about elections this time, as compared to two years ago? Tsai Ing-Wen has now been in power for two years, and now that we’re approaching city council elections it may be more local.

DH:  After the DPP took power, because it controlled over half the seats in legislature, I actually had high hopes for reform. I had hopes for the grassroots force of the DPP entering into political power, which it had not been able to do when the KMT was in power.

During the eight years in which Ma Ying-Jeou was president, we had to protest on the streets, but now protests have significantly decreased in number. So I believe that this may influence people’s hopes for voting this time and that the voter rate may be lower, including with regards to local elections. It’s not presidential elections, so there aren’t any large stimuli—like the Sunflower Movement—and less may come out to vote for city councilors.

For those us without local organizational bases, who depend on our values and political views, this may be more difficult for us. 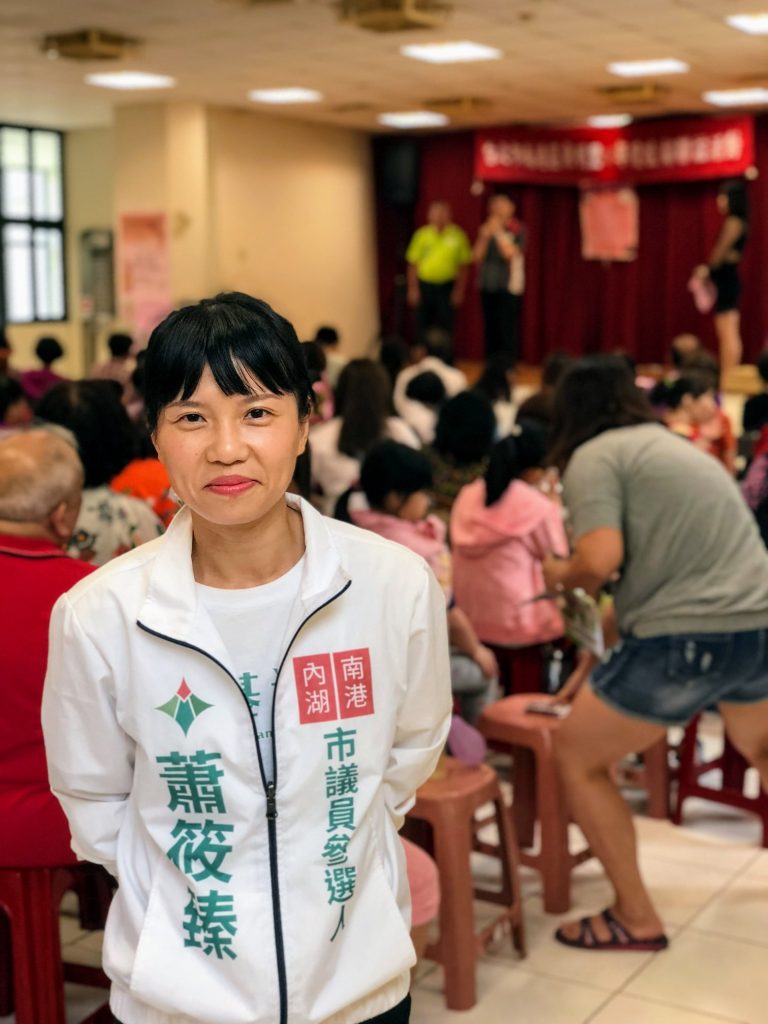 BH:  Lastly, what would have to say, not only to Taiwanese readers, but also to international readers?

DH:  Last Saturday, the Formosa Alliance held a demonstration, expressing to the world that the Taiwanese people want to be their own leaders. As it was reported on an international platform, Taiwan’s voice was clearly heard. I feel that the way Taiwanese people look at politics is quite strange, they don’t always express their voices to the international world, so the international world needs to go out of its way to pay attention to Taiwan. So I hope that for international readers or others, they can see that many people in Taiwan hope to be an independent country and that we are protesting China.

Many people also say that with upcoming elections, they hope to teach the DPP a lesson and to vote for the KMT instead, but I think that this is quite regressive. In the past, we had been colonized by the KMT for a long time. It was following a struggle that a local party could take power, so deciding to return to the old system is a step backwards for Taiwanese democracy. So with elections, we are quite nervous about the establishment of Taiwanese sovereignty, but we continue to push for that Taiwan belongs to the Taiwanese people, and I hope that readers, whether in Taiwan or internationally, can reflect on this.