On September 28th, New Bloom editor Brian Hioe interviewed Jerry Liu of the Social Democratic Party, who is running in the Shilin-Beitou area of Taipei. This is part of New Bloom’s ongoing series of interviews with independent city councilor candidates, as part of its special 2018 election coverage.

Brian Hioe:  Can you first introduce yourself for those that might not know you?

Jerry Liu:  I am currently a diplomat. I tested into the Ministry of Foreign Affairs (MOFA) in 2008. Afterwards, I worked in Taiwan’s representative office in Los Angeles and Palau and last year I became section chief of MOFA’s European section. This year I am representing the Social Democratic Party (SDP) as a city council candidate in Shilin-Beitou.

My previous education has to do more with politics. I graduated from the Department of Politics at National Taiwan University with a focus on international relations. My Masters at Tsinghua University was from the Center for Contemporary China 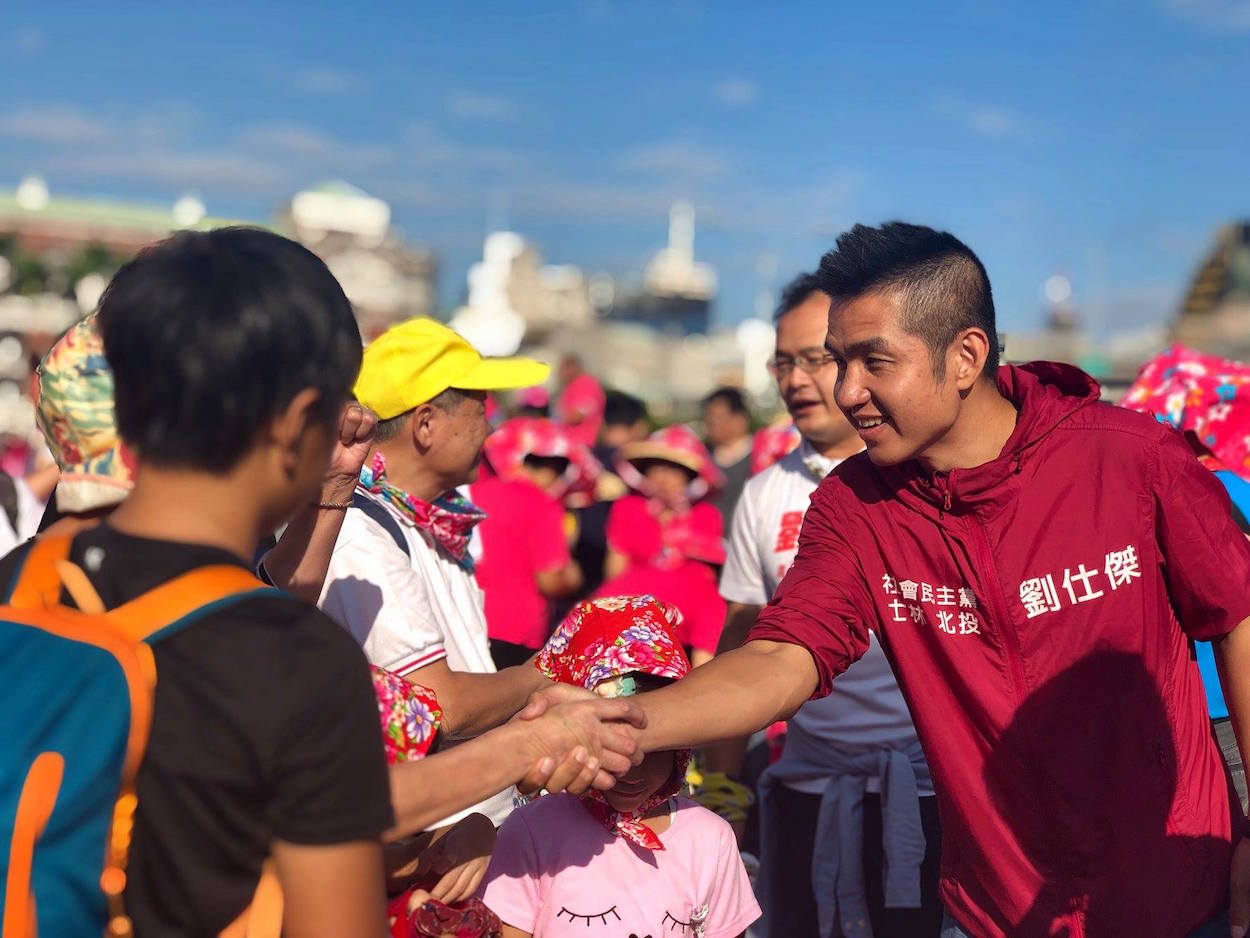 BH:  Why did you decide to run as a candidate of the SDP? Many other candidates of the SDP have a background in social movements, but your background is more in government.

JL:  Yes. I feel that Taiwanese politics needs a new choice. I believe that voters are tired of traditional politics and its appearance. For a new form of politics, it doesn’t matter what your background is or what your field is, if you have ideals and the passion to strive for a better Taiwan, then you are welcomed. This is why I decided to participate myself.

BH:  What kind of values do you believe that the SDP stands for which would lead you to join it?

JL:  In terms of Taiwanese political parties and Taiwanese political circles, I believe that the SDP is the only party which is clearly center-left. This is a rarely encountered thing in Taiwan, because Taiwanese politics traditionally divide between the pro-independence camp and pro-unification camp. The political landscape seen in western politics between a left and right is less familiar in Taiwan, with all political energy spent on the issue of independence and unification. But I believe that having a center-left party in Taiwan is very significant, because this is to stand up for the weak, and the lower levels of society, and defend social equality. This is meaningful.

BH:  What is particular about your district of Shilin-Beitou? Who are your opponents and what kind of electoral strategy have you adopted?

JL:  If we are speaking in terms of traditional blue/green political divisions in Taiwan, Shilin-Beitou is more green than blue. But even then, there are still large differences, such as the differences between Shilin and Beitou, or differences in areas such as Tianmu and Hogang, or traditional parts of Shilin. The difference is quite large. 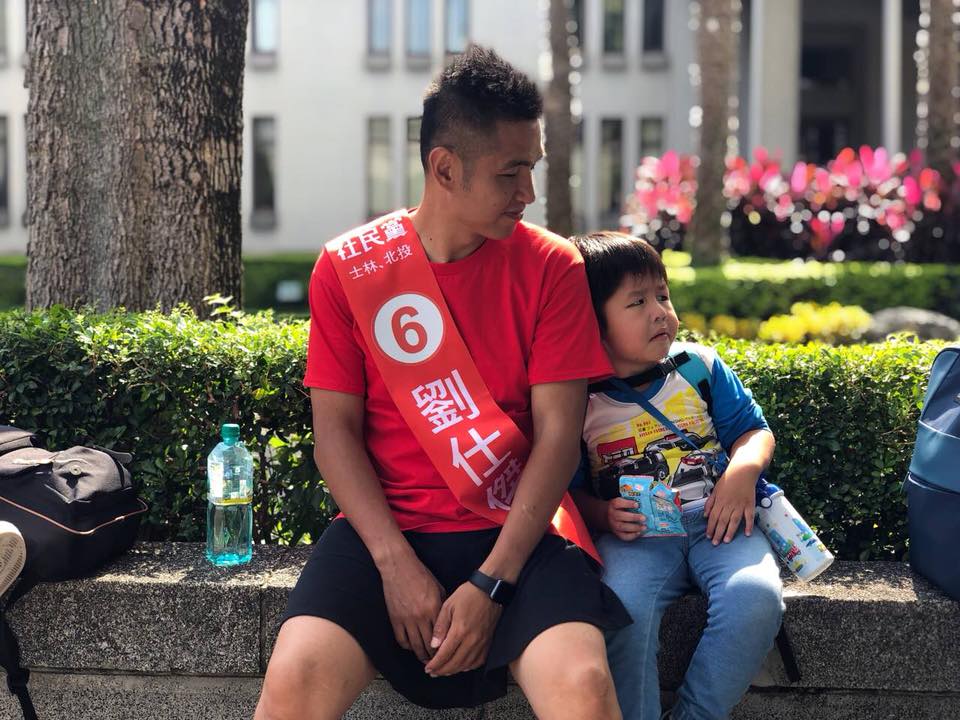 There are both very grassroots areas, as well as areas with higher socioeconomic statuses. Somewhere like Tianmu is highly developed and where my campaign office is in Shipai is also highly developed. You have a sense that it is like a microcosm of the whole city. So we’re striving to gain our constituents’ recognition. In terms of Beitou, voters there tend to be more traditional.

BH:  What about your electoral strategy?

JL:  For a newcomer, it is very important to build recognizability. So I do all the things that new politicians do, including canvassing at markets, on streets, in parks, and even chasing after garbage trucks. We’ve done all of this.

Outside of this, people frequently speak of the importance of social media. But social media is not inherently free either. If you hope to do perform well on social media, you need to spend time on design and branding and so forth, to support this. Social media also includes marketing and this all costs money.

But we hope to make our issues visible, such as with our campaign ad regarding Xi Jinping. I don’t know if you saw that. Our friends in the media world felt that the hype around it was pretty visible—I wonder if you have any thoughts. Something like this has a lot of potential to generate conversation and increases our visibility.

BH:  What do you think is particular about yourself as a candidate, as compared to other candidates?

JL:  My biggest difference from other candidates is my background as a diplomat. I am the first diplomat in history to run for city council in Taipei. So this is clearly very unique, that there would be a career diplomat to run for elections. It’s never happened before in the past. 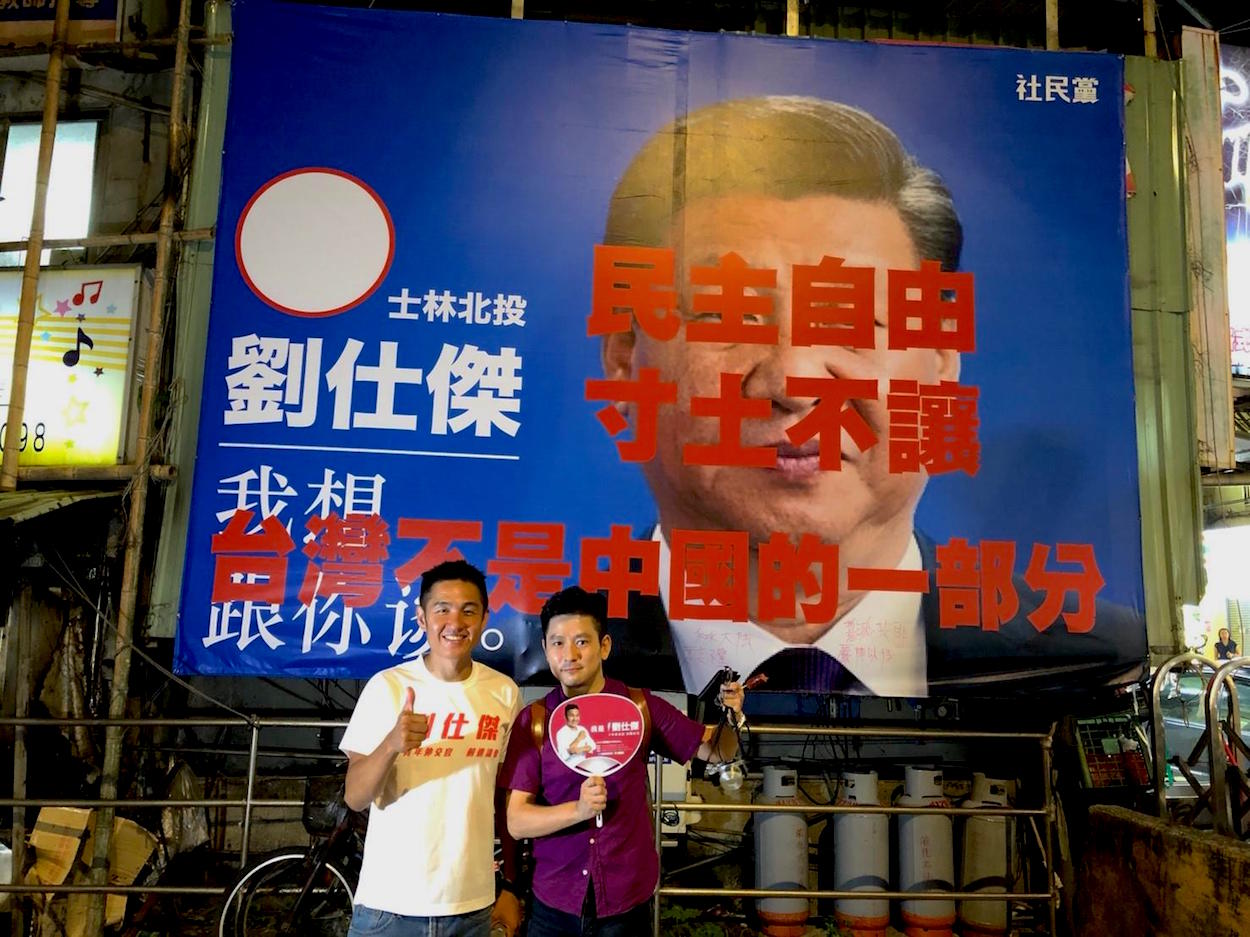 BH:  What are the challenges you face in elections which you need to overcome?

JL:  Resources. This is a challenge faced by every political newcomer—ur resources have limits. SDP’s resources are also extremely limited. Our entire campaign—every cent of it—was all paid for by me or through small donations. No money came from the SDP, so it has been very difficult. We also hope for more people to support us.

BH:  Do you think that the appearance of youth-oriented political parties in Taiwan can be seen in line with broader international trends?

JL:  We can see now, whether in America or Europe, it has become more and more difficult to predict the results of elections. This is something I feel quite strongly. This includes the appearance of right-wing, populist parties in Europe. So politics is increasingly untraditional, which also includes weariness of traditional blue/green politics in Taiwan. This is particularly true of young people, so we hope to be supported by this voter base  in the coming election.

BH:  Tsai Ing-Wen has been president now for two years. What do you think is different about this set of elections than in the past? It can be seen as a midterm election, for example.

JL:  I think there are differences. When Tsai Ing-Wen won in 2016, that was the high point of the DPP. At that time, it carried many people’s hopes. But these expectations have visibly not been met and many people are disappointed.

Similarly, the rise of the New Power Party took place then, but many are dissatisfied with them now. With much of their discourse, they haven’t found a way to satisfactorily explain their actions to the people. I believe that this is visible to voters.

Looking at it from the point of view of a midterm election, as in America, I predict that in city council elections, the DPP will see a drop in support. This is also hopeful for us small parties as an opportunity. 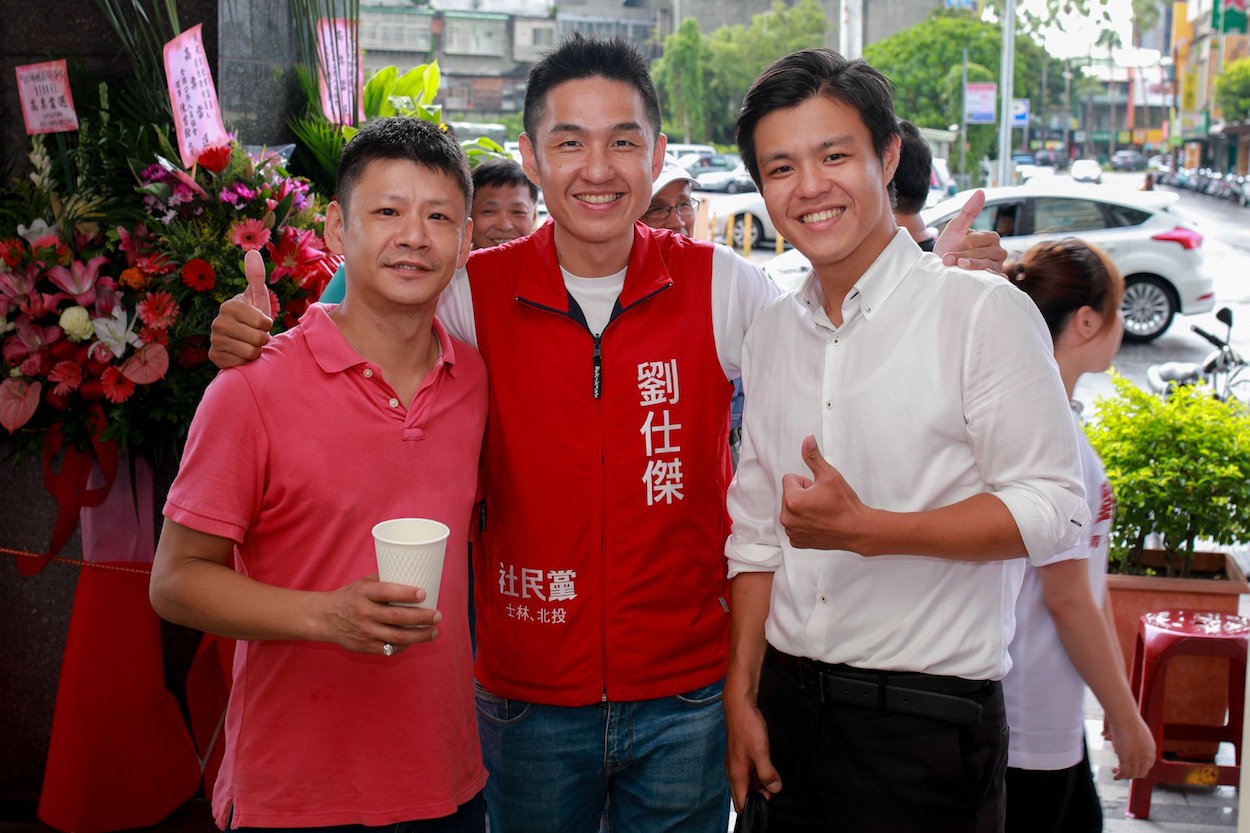 BH:  What would you like to say in closing to readers? Not just Taiwanese readers, but also international readers?

JL:  I know that New Bloom is a bilingual media with an international audience. I hope that New Bloom readers can concern themselves with the importance of Taiwanese elections because they are not just important for Taiwan. It has an importance for all ethnic Chinese democracies.

China frequently claims that Western-style democracies are not suitable for ethnic Chinese societies. The sole counter-example is Taiwan. So Taiwan has the potential to prove that this argument is false, and this is part of why I hope international readers can concern themselves with the situation of Taiwanese elections.

Taiwanese elections are not perfect, nor is Taiwanese democracy. It’s immature, it’s young, but we hope we are on the right track, and that with our strength and ways of living, we can urge China to democratize as well.. If one day it does, this will prove important and positive for not only Asia but the world.