Migrant Workers Protest For Separation Of Dormitories And Factories

MIGRANT WORKERS in Taiwan continue to push for improved conditions, as observed in demonstrations by migrant workers in late October calling for the separation of migrant worker dormitories and the factories they work in. Demonstrations took place on October 28th outside of the Ministry of Labor.

The call by migrant workers for separation of dormitories and factories would be the fifth such demonstration which has taken place so far. The issue has become a salient one after a number of migrant worker deaths in the past year which took place because of incidents factory fires breaking out that led to adjoining migrant worker dorms also burning down. The most well-known incident would be a fire in May which led to the death of five firefighters and two migrant workers, the largest loss of life for firefighters in 11 years, although a total of eight migrant workers and six firefighters have died in fires related to dormitories connected to factory facilities in a five-month period between December and April. 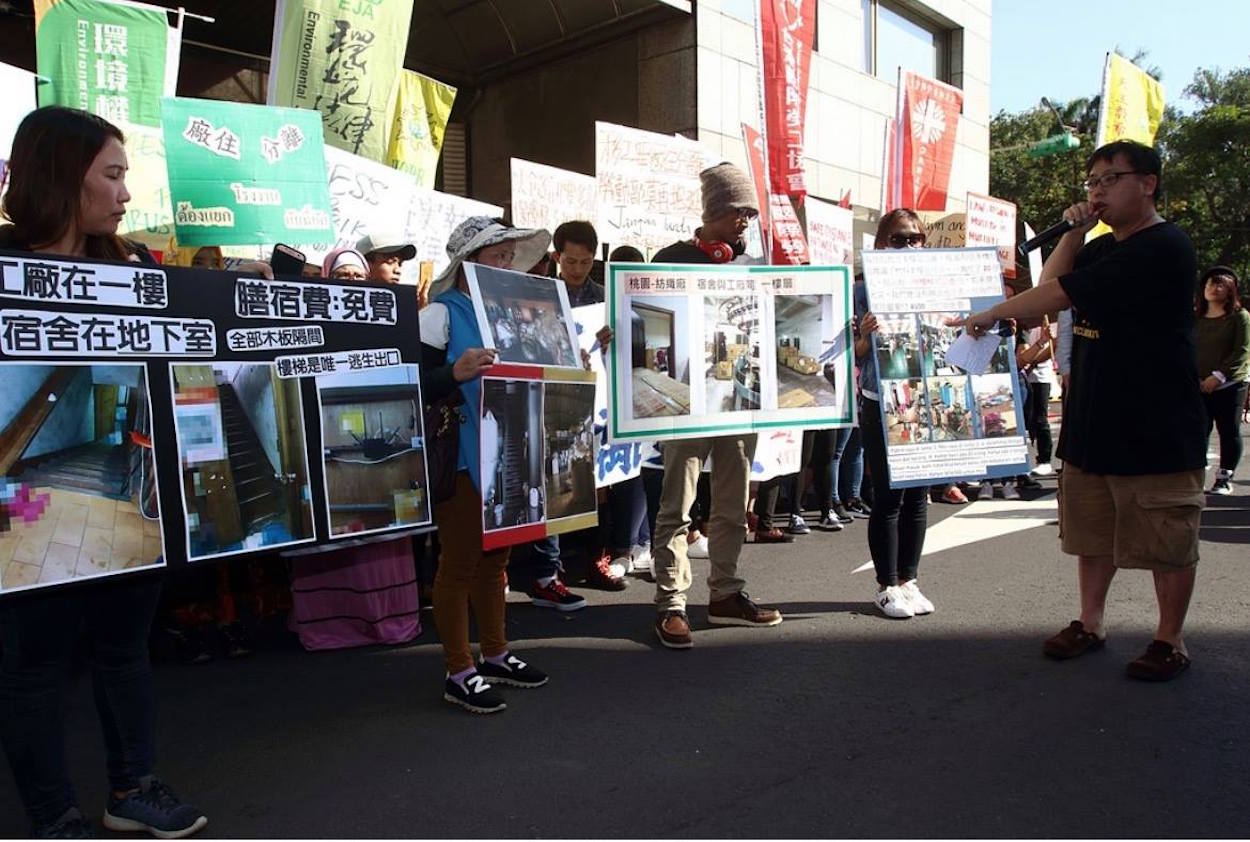 Factory workers are one of the four major categories of blue-collar migrant workers in Taiwan, along with domestic workers, caretakers, and fishermen. As one might expect, as with fishermen, occupational injuries are frequent for factory workers, in which conditions are poor for both Taiwanese and migrant factory workers.

Oftentimes safety standards are lacking in factories, with a blind eye turned to illegal practices. Indeed, in many cases, fires are caused by inadequate safety standards for the storage of flammable chemicals and other fire hazards, and because companies fail to report the presence of these hazards, firefighters find themselves lacking in information about the situation that they face in factory blazes. 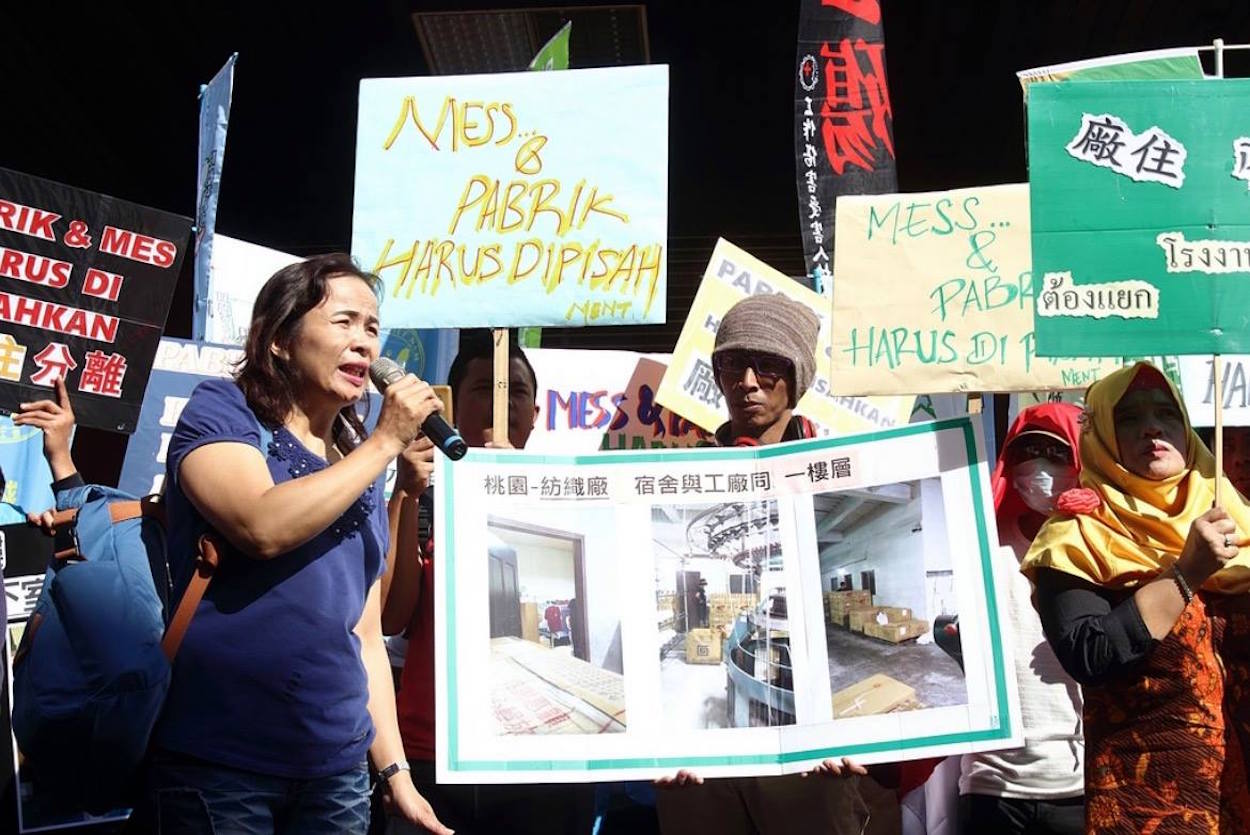 While the Taiwanese government has taken some minimal actions to improve the conditions of migrant worker dorms, such as ordering that minimum size limits for migrant worker housing be enlarged, this has met with protest from factory owners. Factory workers claim that this will limit their profits, never mind what the safety hazards or physical discomfort for migrant workers with.

In the case of dormitories adjacent to factories, it remains that factory owners treat their migrant workers not as human beings, but as merely factory equipment. For factory owners, then, it seems logical to house their workers in complexes adjacent to the factory for the sake of convenience even if this might lead to risks to factory workers—seen as just equipment which might go up in flames with the factory in the case of any fire breaking out.

Yet this mentality is one that is, rather unfortunately, seen all too often in Taiwan. Migrant workers that work as caretakers or domestic workers, for example, are sometimes made to work around the clock, and treated as slaves might be, or even machines, with the expectation that they require little rest. 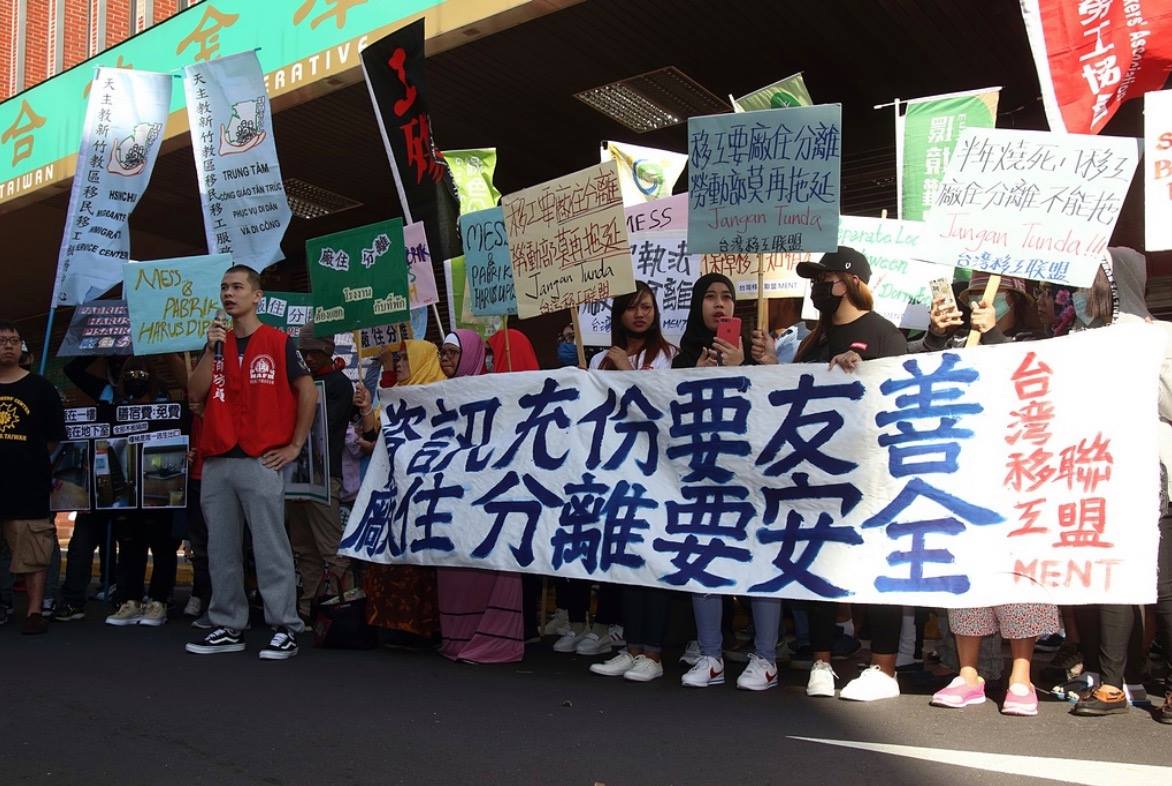 Migrant workers working in domestic contexts sometimes will also find themselves housed in conditions not fit for human habitation, again, returning to this tendency to treat migrant workers as if they were equipment or appliances rather than human beings. Taiwanese employers have sometimes even been known to brag about how much they are able to make their migrant workers work without rest.

It is ironic, then, that migrant workers continue to face abominable treatment in Taiwan when the number of migrant workers in Taiwan is growing and this will have very evident effects on society going forward. One in ten children in elementary and middle school have a foreign-born parent, usually a mother, and often of southeast Asian origin. Nevertheless, despite that the next generation of Taiwanese may in large part have a parent who is a migrant worker, this has not yet led to changes in social attitudes regarding how migrant workers are treated.