Universalization Of “Beyond Blue And Green” Rhetoric Reflects Its Meaninglessness

THE POLITICAL RHETORIC of being “beyond blue and green” has had much staying power in the past four years. Nevertheless, recent events point to how “blue” and “green” political distinctions in Taiwan are here to stay, no matter what politicians may claim otherwise.

The rhetoric of being “beyond blue and green” first emerged in the wake of the Sunflower Movement, as primarily advanced by Taipei mayor Ko Wen-Je. Ko was then viewed as closer to the pan-Green camp and he was supported by post-Sunflower Movement youth activists. In running as a political independent and a newcomer to politics, just one who sought the endorsement of the pan-Green camp, Ko was seen as breaking from the traditional establishment politics of both the pan-Blue and pan-Green camps. 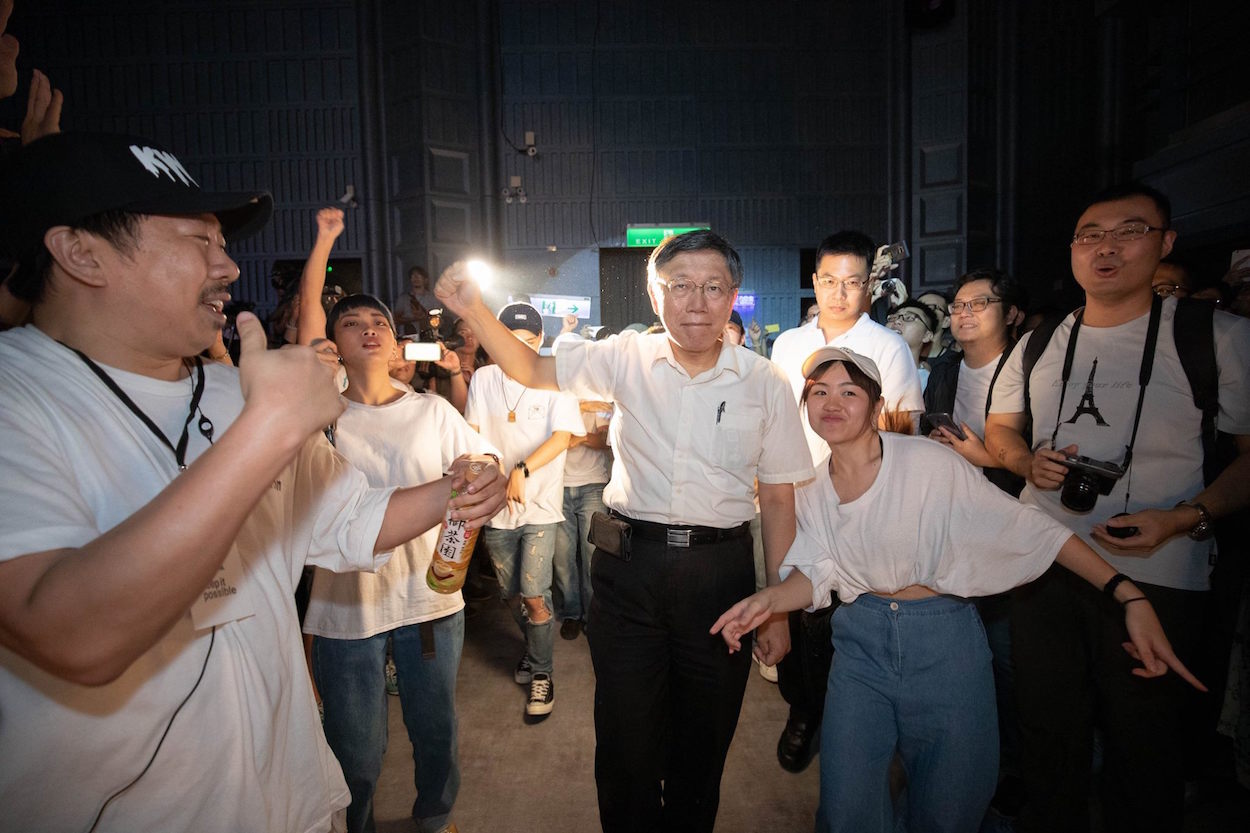 In the wake of Ko’s victory, demonstrating that the “Ko model” of electoral victory in running as an independent was tenable, the emergence of the “Third Force” parties comprised of post-Sunflower Movement activists seeking to enter politics took place. Like Ko at the time, “Third Force” parties were demonstrably closer to the pan-Green camp, but Third Force parties continued the critique of both the DPP and KMT articulated by Sunflower Movement activists during the movement and at least publicly claimed to transcend traditional blue and green distinctions. Sometimes Third Force parties even downplayed what were fundamentally pro-independence positions in the course of this.

Drawing further parallels to Ko’s run as independent with the endorsement of the DPP, in traditionally pan-Blue Taipei, Third Force parties ran with the DPP’s endorsement in areas that traditionally slanted blue in order to avoid conflicting with the DPP. The DPP did not run any candidates in these areas and endorsed Third Force candidates instead, going out of its way to try and ensure it presented the appearance of being supportive of Third Force parties.

While only the New Power Party would be victorious in elections, Third Force parties continue to occupy a space in political discourse disproportionate to their actual size. As such, this has led to the universalizing of the rhetoric of being beyond traditional blue and green divisions, with the view that adopting such rhetoric can be politically beneficial.

As such, the rhetoric of being “beyond blue and green” has universalized itself. Now, ironically enough, even young candidates of the KMT claims to be beyond blue and green, never mind that however one looks at this, this is a contradiction in words. As for Ko himself, while remaining unaligned with either the pan-Blue or pan-Green camps exclusively, Ko increasingly rebalances towards a political position closer to the pan-Blue camp.

Following his ostracization from the pan-Green camp following the NTU Sing! China! Incident, Ko has made a number of high-profile public appearances with deep Blue political figures. There has also come to be the pattern of KMT Taipei city council candidates who fail to secure the KMT nomination or deep Blue politicians seeking the endorsement of Ko. This has prompted speculation that Ko is aligning with cast-off elements of the pan-Blue camp in order to build momentum for forming his own political party, generally termed the “White Force” (白色力量) in a phrasing suggestive of both the KMT’s traditional party colors of white and blue as well as the term “Power” (力量) in “New Power Party” (時代力量).

With Ko’s victory in 2018 Taipei mayoral elections basically all but assured, speculation looms that Ko is seeking to build up a party apparatus in preparation for a 2020 presidential run, perhaps in conjunction with James Soong of the People First Party, with whom Ko has longstanding relations with. In the meantime, despite this recent political rebalance of his, Ko continues to claim that he is a part of the “Third Force” and that he is “beyond blue or green.”

Given that Ko’s strategy was to reorient himself closer to the pan-Blue camp after ostracization from the pan-Green camp, we can see that blue and green political distinctions in Taiwan are still alive and well. 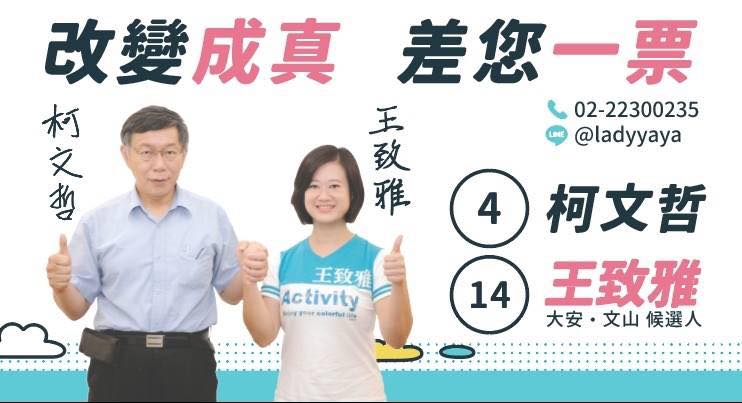 Ko and independent Taipei city council candidate Wang Zhi-ya. Wang previously sought the KMT nomination but instead decided to run as an independent after failing to do so. Photo credit: Wang Zhi-ya/Facebook

At the same time the NPP, as the only Third Force party which has seats in the legislature, remains highly cognizant of that it shares a support base with Ko. 70% of NPP supporters also support Ko Wen-Je. This suggests that there is some truth to the suggestion that the Taiwanese electorate is increasingly distasteful of traditional pan-Green and pan-Blue partisan politics, leading to support for the newer political forces of the NPP and Ko Wen-Je.

Nonetheless, it also seems likely that both that the NPP and Ko Wen-Je benefit from some sense of political ambiguity from being perceived as “independent” and “beyond blue and green” in the public eye. Some NPP supporters are pan-Green traditionalists who support the party because it has taken up the mantle of Taiwanese independence that the DPP is increasingly distancing itself from. Yet others, who are more moderate, may not fully register that the NPP is pro-independence, as the NPP has not always been overt about its Taiwanese independence advocacy, though its members are generally drawn from individuals who were historically Taiwanese independence activists.

Similarly, some Ko supporters have not yet registered that Ko is increasingly distant from the pan-Green camp and increasingly close to the pan-Blue camp. In this sense, being the notion of “beyond blue and green” does come to shape voters’ political perceptions, even if it fundamentally remains a slogan with little grounding in political reality.

Indications are that Ko may be provoking splits within the pan-Green camp, with reports that 1/3rd of DPP lizhang support Ko. We shall see as to whether Taiwan genuinely transcends blue and green political divisions in upcoming elections, then.