FORMOSA MOON, written by Lonely Planet travel writer Joshua Samuel Brown and his partner Stephanie Huffman, a master’s student at National Cheng Chi University, proves a charming, quirky look at Taiwan. At once a travelogue and a series of personal recollections, the book provides an insightful introduction to Taiwan, told as a series of recollections by Brown and Huffman during Huffman’s first trip to Taiwan as Brown is introducing Taiwan to her for the first time.

In particular, the book’s perspective switches between Brown and Huffman as the two relate various Taiwan experiences, sometimes trading off narration within the same page. In this manner, the book proves a more useful introduction to Taiwan for new travelers than simply a travel guide would be, with Brown and Huffman offering their subjective experiences as an entry point to various places in Taiwan that a reader who visits these sites could potentially experience themselves.

Although perhaps jarring at first for readers who may pick up the book simply expecting a travel guide to Taiwan or a personal memoir about Taiwan, that the book chooses to engage in such experimental forms of narration is, ultimately, to its benefit. For readers that do decide to try and retrace Brown and Huffman’s path, the book offers informational indexes on which businesses to contact and how. Colorful and vivid pictures serve to further embellish Brown and Huffman’s journey.

And while the point of the book is to show off what is unique about Taiwan, the text manages to avoid exoticization while ably depicting Taiwan as an interesting travel destination. Similarly, particularly in descriptions of religious ceremonies, the text is one which is respectful while also remarking upon what is unfamiliar to westerners. 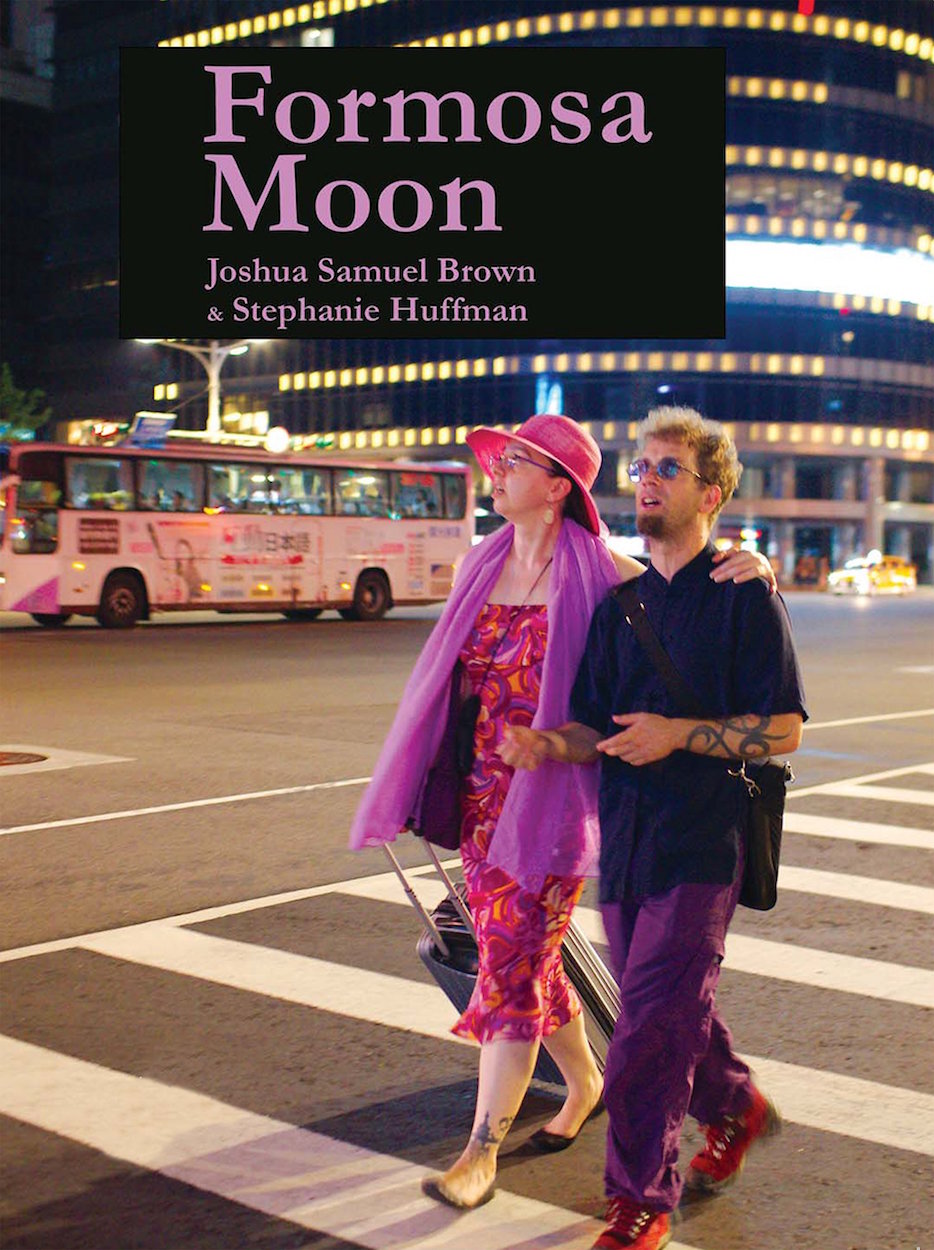 Clocking in at just over 300 pages, the book manages to take readers through a number of Taiwanese highlights, while never attempting to pack in too much information. This includes everything from standard tourist attractions in Taipei such as Shilin Night Market or the Core Pacific Mall to lesser trodden places, such as Smangus, a remote Atayal indigenous village which engages in communal living based on kibbutzim in Israel. Unique experiences, such as Brown and Huffman unexpectedly finding themselves temporarily minding a hotel, or participating in the activities of the Tai Ji Men religious group, are related with humor.

In between descriptions of food, history, and the people they encounter in their journey, Brown and Huffman are able to include a number of insightful observations, including reflections on their own white privilege in Taiwan, to the complications of Taiwan’s many waves of colonial history. This is related conversationally, rarely if ever coming off as pedantic, and able to touch upon complex ideas in a casual manner.

If there is an element of Taiwan that is lacking somewhat in description, it may be Taiwan’s complex geopolitical circumstances, something hard to relate without dense exposition. This is something touched upon in various experiences of Brown and Huffman’s and raised early on in the book with a list of facts about Taiwan, with Taiwan’s “Diplomatic Relationship Status” stated to be “complicated”, or even the fact that the book is titled “Formosa Moon” rather than, say, “Taiwan Moon.”. However, although dense exposition about Taiwanese geopolitics would clearly take the book off course this is which may prove somewhat confusing for individuals without any knowledge whatsoever about Taiwan’s political circumstances.

One notes that it is a particular challenge of travel writing that when its information becomes out of date, it may no longer be as useful to readers, which is why travel guides periodically need to be updated with new editions. But Formosa Moon strikes as a book which will age well, packed as it is with sufficient detail that it provides a look into Taiwan at a certain point in time. Yet this may be the strongest achievement of Formosa Moon, as a strong addition to the canon of travel writing about Taiwan, and one which stands out from other such entries in the growing genre of travel writing about Taiwan.