RECENT COMMENTS by American vice president Mike Pence at the Hudson Institute in Washington DC have made waves in Taiwan, with the perception that such comments are made as the articulation of a stronger pro-Taiwan and more anti-China stance by the US. However, this would be yet another indication of a strong disconnect between Taiwan’s perception of the United States and what is political reality in the United States.

Certainly, Pence, the American vice president, did make strong statements against China. Following accusations by American president Donald Trump that China was seeking to meddle in American elections, Pence made the claim that “As a senior career member of our intelligence community recently told me, what the Russians are doing pales in comparison to what China is doing across this country.” 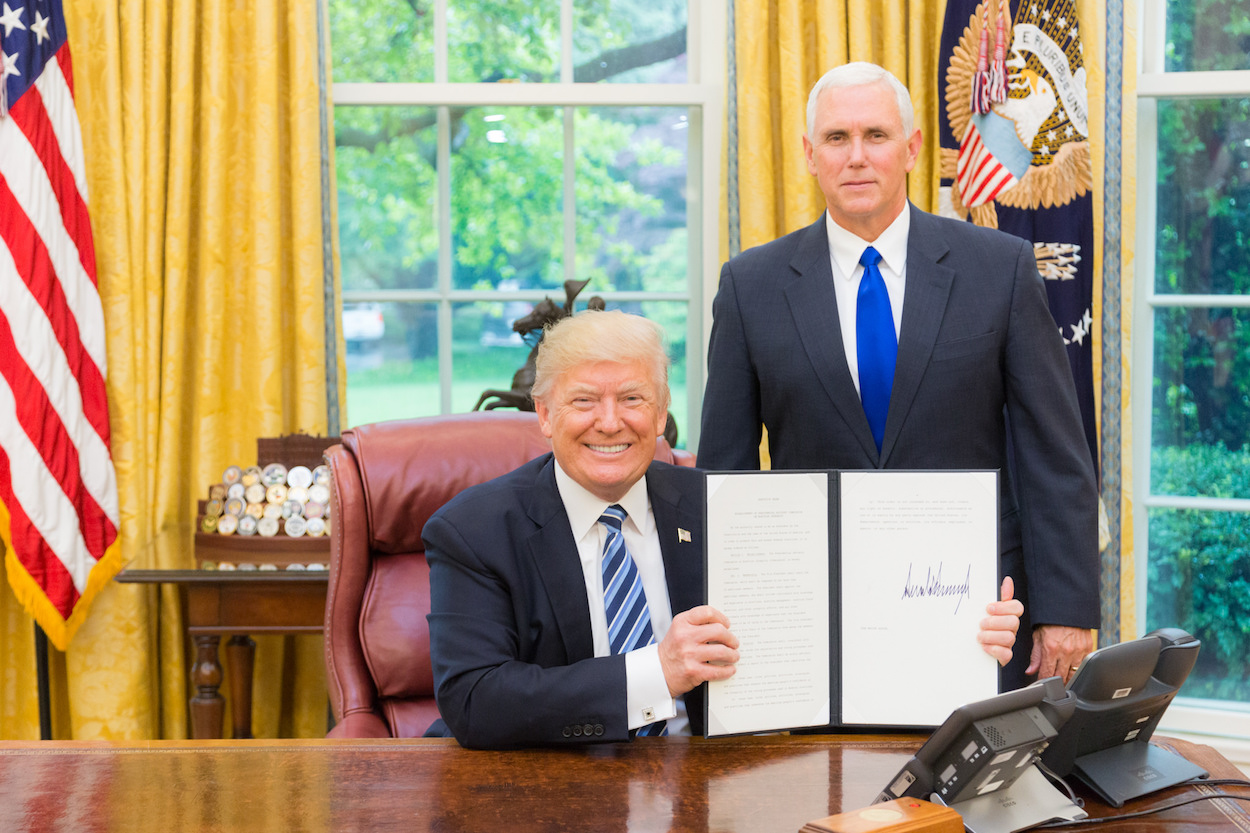 Comments by President Donald Trump that China was seeking in American presidential elections took place earlier this month. Trump provided very little evidential basis for such claims; however, such claims were in likely an attempt by Trump to take heat off of himself for the current investigation into possible attempts by Russia to interfere in 2016 American presidential elections to ensure Trump’s victory. This seems less to be a sign of a stronger commitment to counter China more than it is an attempt to deflect criticism through misdirection—a long favored tactic of Trump.

Nevertheless, it may not be surprising that many in Taiwan—including influential thinkers on policy—perceive Donald Trump as strongly supportive of Taiwan because of his opposition to China. This would be conflating wishful thinking for reality.

First, it should be an obvious fact that opposition to China does not necessarily mean support of Taiwan. But while Taiwan is mentioned in Pence’s comments several times, it is important to remember that given that the Trump administration has oscillated between both periods of rapprochement with China and periods of high tensions with China—as one observes in the present, one notes that many in Taiwan are highly selective in their evaluation of Trump, in seeing only what they want to see. There have been periods under the Trump administration in which Taiwan becoming a geopolitical chess piece of the United States that it would trade off for concessions from China seemed on the table.

On the other hand, one generally expects Pence to be completely aware of such oscillations in policy by Trump, with heightening tensions due to the current FBI probe into election interference by Russia and how this may have benefitted Trump’s election victory. Pence is very likely signaling that he would continue moves to counter China even if Trump were ousted from power. 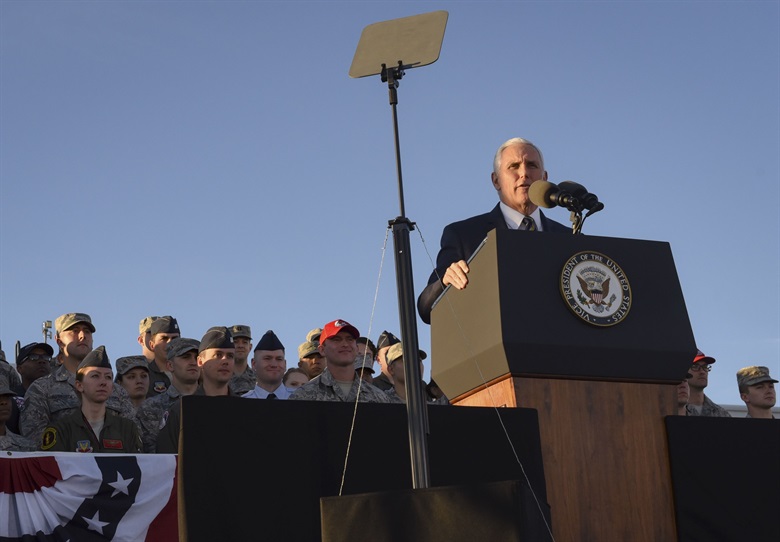 One finds that many in Taiwan, who primarily receive news of political developments in the western world through highly self-selecting Chinese translation, are quite unaware of internal divides in the Trump administration, and almost entirely unaware of the election interference probe and its effects on the Trump administration’s actions. So, too, then, does this apply to recent comments by Mike Pence. Though he has publicly denied it, Pence was among those suspected of being the author of a recent, highly controversial New York Times op-ed claiming that high-ranking members of the Trump administration were taking action to prevent Trump from overstepping his bounds in such a manner detrimental to the national interest of the United States—another significant event which few in Taiwan were aware of.

This suggestion is also signaled at in Pence’s speech through language obliquely suggesting that he would continue to prop up the international order based on free trade by lashing out at “the Chinese Communist Party [for] us[ing] an arsenal of policies inconsistent with free and fair trade, including tariffs, quotas, currency manipulation, forced technology transfer, intellectual property theft, and industrial subsidies that are handed out like candy to foreign investment.” The Trump administration has sought to back away from multilateralism and towards bilateral trade deals instead, favoring protectionist policies over policies advancing free trade, hence why such comments by Pence are surprising. But China has sought to assert that would be the guarantor of the free trade-based international order in the absence of America, which may be why Pence would, in some ways, make this about-face that differs from the stances of his boss, Trump.

Nevertheless, one finds little awareness of this in Taiwan. There continues to be the pervasive view that recent comments by Pence were in line with the stances of the Trump administration, rather than any awareness of that Pence may have been positioning himself as a replacement to Trump. 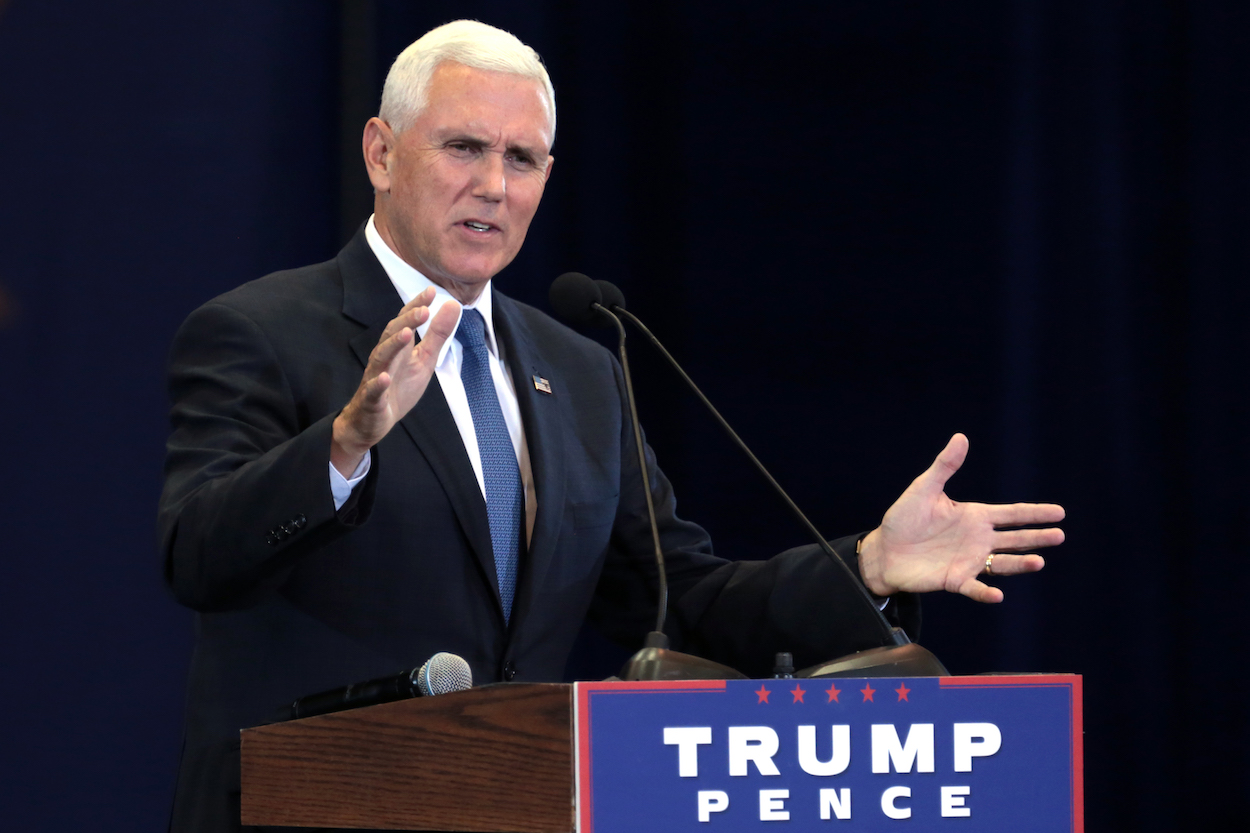 All this, then, goes to show that despite that America remains the major guarantor of Taiwan’s de facto independence from China, Taiwan’s understanding of American politics oftentimes limited. Taiwan’s understanding of China is often rather homogeneous in nature, failing to make distinctions between the internal stratifications of American politics. In consideration of how Taiwan makes decisions regarding how to position itself vis-a-vis America, this ultimately proves highly dangerous. And one expects few to be critical of American actions which, have in many cases, been detrimental to Taiwan’s sovereignty or even take it hostage. However, one generally little expects this to change anytime soon. This is disappointing, but not exactly surprising. Such has been the longstanding relation of Taiwan and American empire.