RECENT COMMENTS by American president Donald Trump lashing out at what he claims are Chinese attempts to interfere in American midterm elections are ironic. These comments were during comments by Trump at the UN Security Council. Humorously enough, Chinese foreign minister Wang Yi appeared to shrug in responses to these accusations. 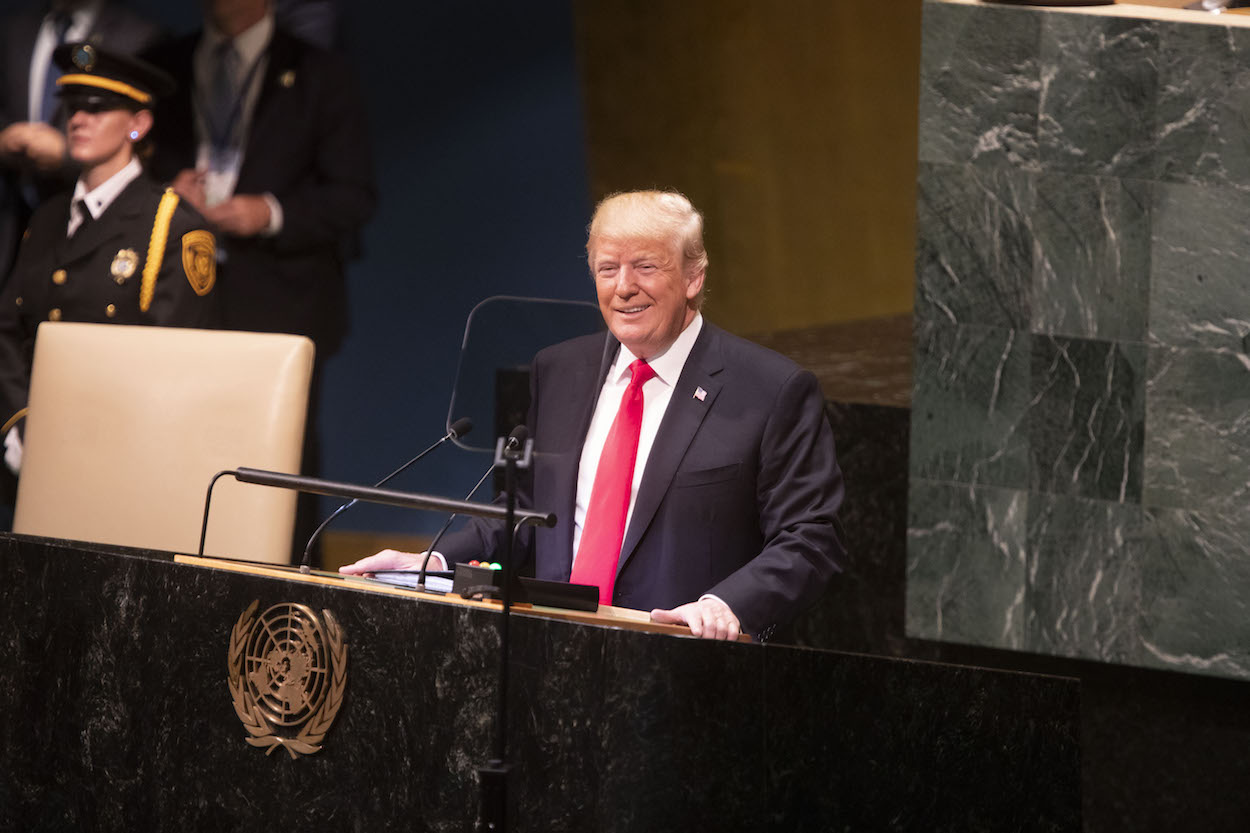 With increased scrutiny over alleged cooperation between the Trump campaign and Russian attempts to interfere in American elections, Trump would be adopting a favored tactic: Misdirection. Trump has long demonstrated a tendency to try and misdirect attention from criticisms he is facing by making fabricated claims which echo criticisms of him, but redirect blame elsewhere.

To raise a previous example, among Trump’s supporters are contemporary American neo-Nazis known as the “Alt-Right,” whom Trump has attempted to publicly defend from criticism on many occasions. After controversy in August 2017 after a member of the Alt-Right drove a car into a crowd in Charlottesville, Virginia, killing one, Trump attempted to redirect attention away from the “Alt-Right” by claiming that the mainstream media was ignoring the “Alt-Left”—coining a new term not previously in common usage.

The Trump administration is, in fact, ramping up actions against China, as observed in American military actions in the Asia Pacific, and the current American trade war with China. It is generally a mystery as to what extent this is happening because of Trump and to what extent it is happening in spite of Trump; probably some combination of both. However, one generally suspects that Trump’s comments at the UN were aimed more at deflecting criticism rather than any actual criticism. 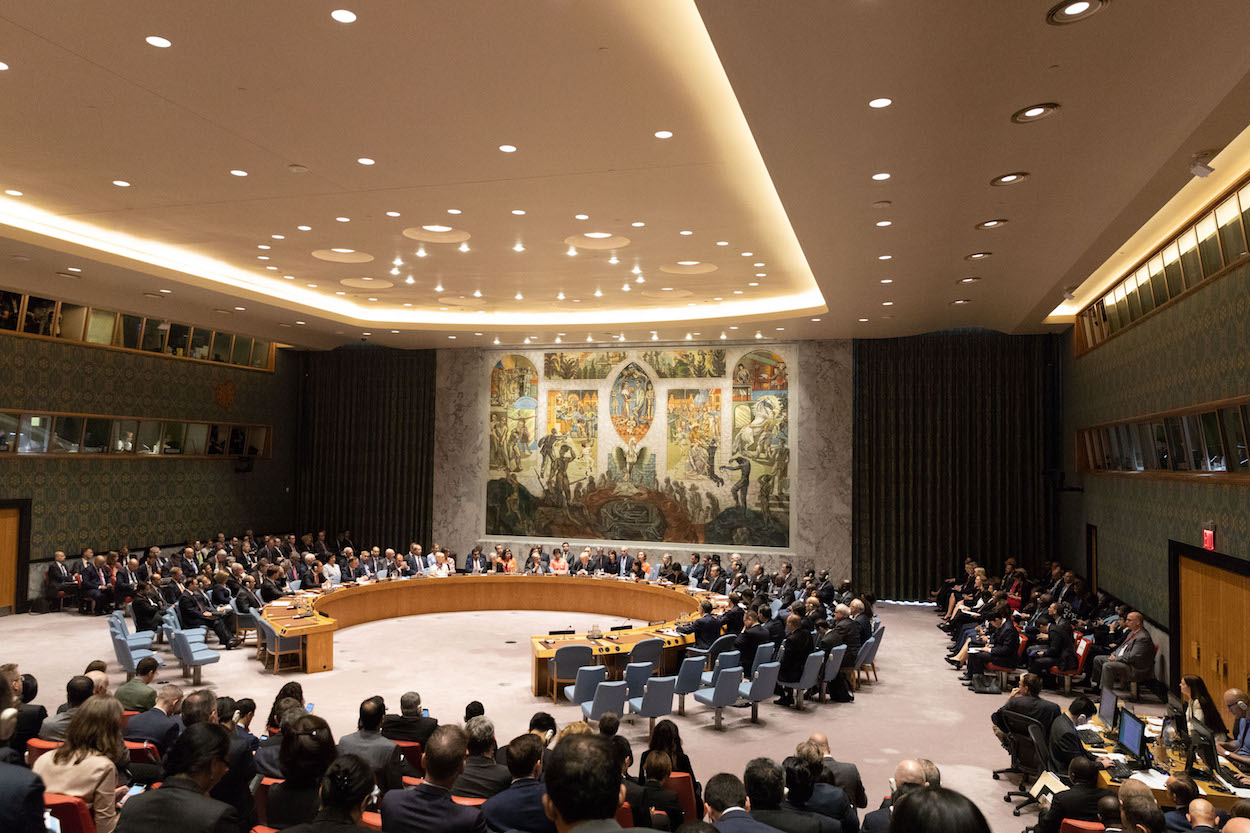 Trump’s comments are, of course, ironic. China does, in fact, attempt to interfere in the elections of other countries, an obvious example being Taiwan. Apart from that China claims Taiwan as part of its territory, leading to attempts to influence Taiwanese elections so that political actors committed to the unification of Taiwan and China will be put into power. This leads to attempts to influence Taiwanese elections through anything from military threats to spy networks and various proxy groups operating within Taiwan through Chinese funding. Otherwise, China is accused of “neo-imperialism” in Africa, Latin America, and elsewhere, because of attempts to extend Chinese political and economic influence through expensive infrastructure projects that it subsidizes in countries it is courting.

For its part, after Trump’s comments, China has repeated an often heard talking point, the claim that it is committed to policies of non-interference so long as other countries commit to non-interference in China—inclusive of widespread human rights abuses including the imprisonment of over one million Uighurs.

Still, given Taiwan’s animosities with China, there will no doubt be those in Taiwan that respond to Trump’s comments positively. After the Trump-Tsai phone call in December 2016, many remain convinced that Trump has Taiwan’s best interests in mind, with a failure to realize Trump’s general lack of knowledge regarding foreign policy, or his disinterest in issues outside of immediate concerns. This includes influential thinkers on policy, who still fail to realize how Trump differs from traditional Republicans in his actions.

Nevertheless, one does well to remember American itself is a source of election interference for many countries. Numerous democracies, ranging from Latin America to the Middle East, have had their leaders forcibly overthrown by American military intervention, resulting in their replacement by dictators. This would be a very direct form of “election interference.”

So, too, was true with Taiwan. Chiang Kai-Shek and his son and successor, Chiang Ching-Kuo, ruled over Taiwan in dictatorial fashion for decades because of American support. While this was touted to be a democracy, this would be a form of “election interference” in which elections were simply not allowed to happen. 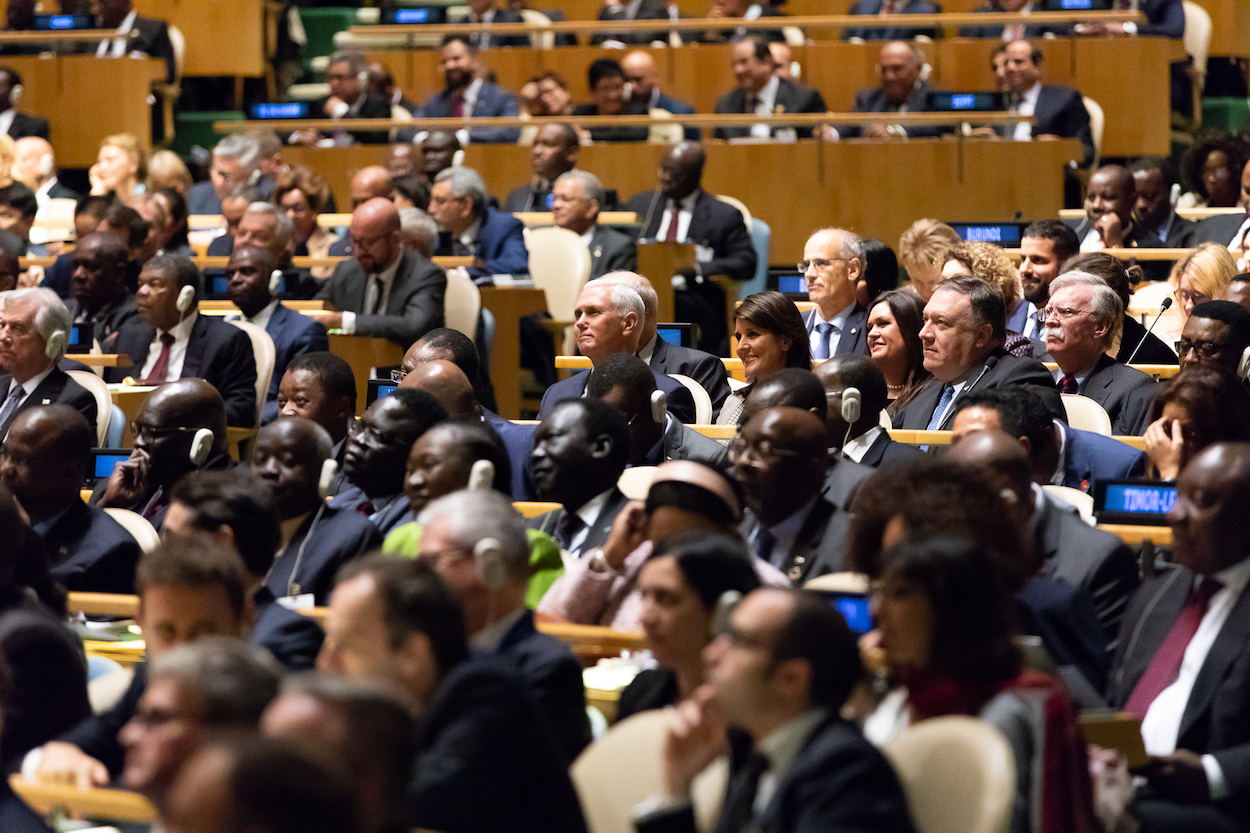 Even in the post-authoritarian era, American political actors have seen fit to interfere in Taiwanese elections. A high-placed phone call from the White House to the Financial Times in 2011 was an incident sabotaging of a previous election bid by current president Tsai Ing-Wen, for example, because this phone call suggested that America did not have confidence in Tsai to lead Taiwan. The source of this phone call still remains unknown.

So, more hypocrisy by Trump, then, however unwitting. It proves highly ironic that comments by Trump to deflect domestic scrutiny point to this broader pattern of actions by America.