RECENT CONTROVERSY regarding the demolition of a Changhua temple dedicated to the Chinese Communist Party demonstrates some of the challenges regarding freedom of speech in Taiwan. Namely, while the Changhua county government demolished the structure yesterday, one notes that the Taiwanese government had few recourses to action that did not reflect badly on Taiwan in some way.

The relevant temple, the Biyun Temple, was previously a Buddhist temple, but the temple was turned into a shrine to Chinese Communism after the property was purchased by Wei Ming-jen, who also evicted the four nuns previously residing in the temple. Wei set out to turn the temple into a shrine to Chinese Communism, decorating the temple with Chinese flags, portraits of Chinese leaders such as Mao Zedong and Zhou Enlai, posting Chinese propaganda posters within it, and constantly blaring the Chinese national anthem within the structure. Wei’s temple renovation took place seven years ago. 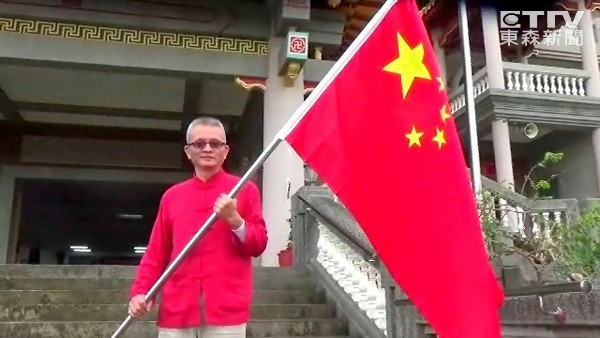 Wei, a former KMT military officer and currently a construction contractor, was born in Taiwan but appears to identify with China. Wei would be far from the only former member of the ROC military who may have literally fought with the CCP in the past but now calls for the political unification of Taiwan and China on cultural grounds, such visits to China by high-ranking former ROC military personnel to conduct meetings with Chinese government officials.

Another factor for the demolition was probably that Changhua county is currently under DPP control, whereas it was controlled by KMT county commissioners from 2005 to 2014. However, if the temple was so concerning, actions to demolish it, the temple could have taken place more speedily. It is highly unlikely that the Changhua county government was entirely unaware of the structure, given its status as a tourist attraction, and past complaints from nearby residents. There are legitimate legal reasons to evict Wei, such as that he may have been occupying the structure illegal, the questionable legal process by which he obtained the structure from the nuns that originally inhabited it after originally being employed by them as a contractor, yet given past inaction by the government, such legitimate reasons for the structure’s demolition will be overshadowed.

Plans by the Changhua county government to demolish the structure have led Wei supporters to rally. While Wei attacked government officials that cut off water and electricity to the temple, in the end, Wei and his supporters withdrew as the eviction took place.

With no less than the Ministry of Defense weighing on the issue, by claiming that the temple represents a threat to national security, however, this will probably be leveraged on by China and members of the pan-Blue camp to make lurid and entirely false claims about the deteriorations of political freedoms under the Tsai administration, such as that Taiwan is becoming a “surveillance state”. The demolition will be used as a means of denigrating Taiwanese democracy in a manner so as to make it appear that Taiwan is not so different than contemporary China. 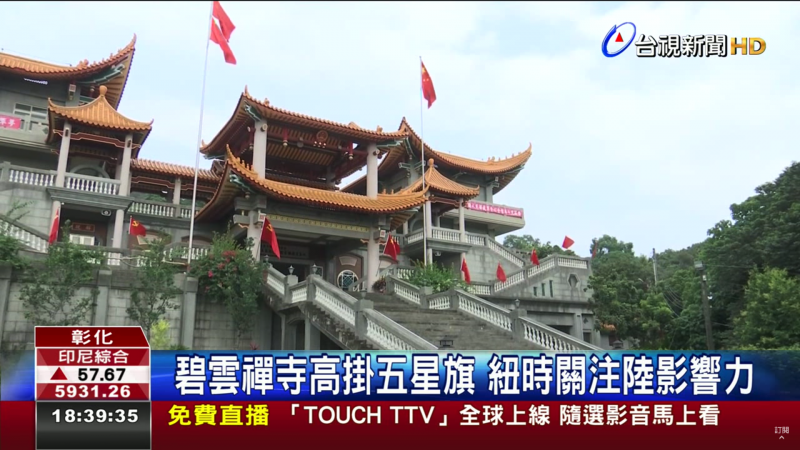 Of course, ironically enough, in the past, Wei and other individuals would have faced persecution by the KMT military police for their pro-CCP views. Likewise, their actions are justified under Taiwanese freedom of political of expression, but they advocate for Taiwan’s annexation by a foreign country which would lead to a loss of Taiwan’s freedoms of expression.

That Chinese nationalists have found common sympathy with Wei is evident in supportive articles posted on prominent Chinese neo-Maoist website, Utopia, and state-run media outlets as the Global Times. Members of the pan-Blue camp, particularly deep Blue political actors under scrutiny for receiving Chinese funding or conducting spying efforts on behalf of China from the New Party and People First Party, may attempt to make the temple into a talking point against the Tsai administration or to use it as a source of political ammunition.

Too little, too late, perhaps. There were few actions which would have reflected well on the Taiwanese government. Either the Taiwanese government would be smeared by pan-Blue political actors and China as infringing on political freedoms or Taiwan comes under scrutiny for tolerating pro-China views, even when they call for the annexation of Taiwan by military might. In general, drawing distinctions between justified freedom of expression in Taiwan and what crosses the line has always been difficult, given that an entire political wing in Taiwan calls for the military annexation of Taiwan by China, no matter what the cost in Taiwanese lives might be. This would be another case in point, however a strange one it may have been.